When looking to capture the authentic feel of Johannesburg style, clothing retailer Superbalist & agency M&C Saatchi Abel chose to work with Zandile Tisani, a director with an intimate and innate sense of how to represent her hometown. Zandile’s “Show Them,” campaign is a celebration of the city’s everyday style superstars, casually owning the corner store, the parking lot, and the hair salon.

Zandi Tisani is a Johannesburg-based filmmaker with a background in the production of fine art, styling and photography but maintains a strong focus on screenwriting. In addition to commercial and branded content work, she has written, directed and starred in the pilot for her web series People You May Know, which was an official selection at Series Mania Paris 2017 and the New York Television Festival.

We spoke with Zandile about the women who keep the South African film and advertising industries afloat, how she’d like to try her hand at a beer commercial, and imbuing her work with “real Jozi attitude.”

Tell us how you originally began work on this project for Superbalist. What was it about the client and the brief that spoke to you initially?

The initial brief from Superbalist and the agency M&C Saatchi Abel to Arcade Content was about repositioning Superbalist’s campaigns for the year. The brand is Cape Town based, and the majority of their content was coming out of Cape Town. They looked to us to create a framework for making Superbalist more relevant to Johannesburg, and by extension, the country at large. Without getting too deep into the dynamics of the country, situating Superbalist’s narrative in Johannesburg essentially meant featuring more people of colour. I worked together with Lebo Rasethaba on looking on a broad framework for the year – we wanted to balance their existing lookbook approach with a sense of narrative by situating the fashion in relatable scenarios, i.e. the Spaza shop (corner store), the woman on her way from her day job to her DJ gig, the hair salon. I was born and bred in Johannesburg with an interest in fashion, so this brief spoke directly to me. At all times, I’m thinking about what feels authentic to Johannesburg and African fashion but can translate in a global context. 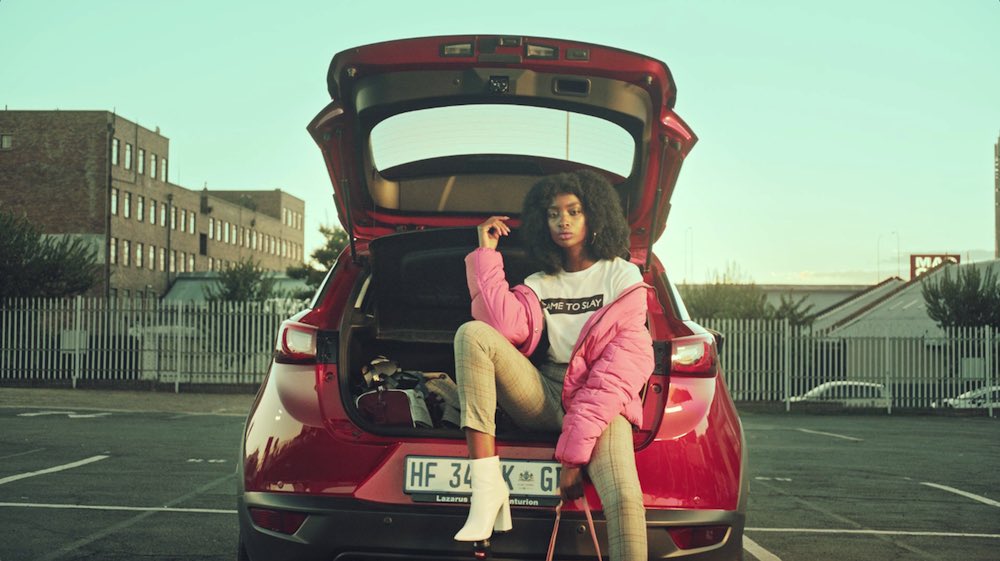 What ideas did you bring to this project? What was your vision for it as a director?

My ideas had a lot to do with identifying locations that were ‘ordinary’ but still provided dynamic backdrops to the main action. ‘Show Them’ is a brand ad, and Superbalist were determined to use it as an opportunity to celebrate African identity, but in a way that reflected a sense of confidence without relying on cliches, both conceptually and aesthetically. I was focused on firstly establishing a visual style that had movement, was responsive and a little dirty around the edges. I also wanted to find characters who already had an existing sense of style, so it didn’t feel like they were placing dress up for the day. It all had to feel natural with dashes of heightened reality, because at the end of the day this is fashion and it is important for the piece to have that sense of glamour, even if it is understated. Together with the agency, we developed narratives that could be communicated quickly, allowed us to tell a story about the characters, and, most importantly, would allow us to reflect Superbalist fashion in a way that felt seamless.

Where did the shoot take place? Did the shoot’s logistics pose any particular challenges?

The shoot took place in Johannesburg and I think the biggest logistical challenge was time. We had one day to shoot three locations – that is, three stories – while paying attention to make sure we got the story as well as captured detail on our hero items.

Since Superbalist is a South African-based retailer, and the campaign celebrates the specifically South African identities of its subjects, how did you work to capture the feel of South African style?

To be honest, being a South African myself, I’m never unsure about how to capture South African style, because that comes really naturally to me. That was important in this piece. Reflecting South African style is not something I did for this ad, it’s just part of who I am. I just let that shine through. 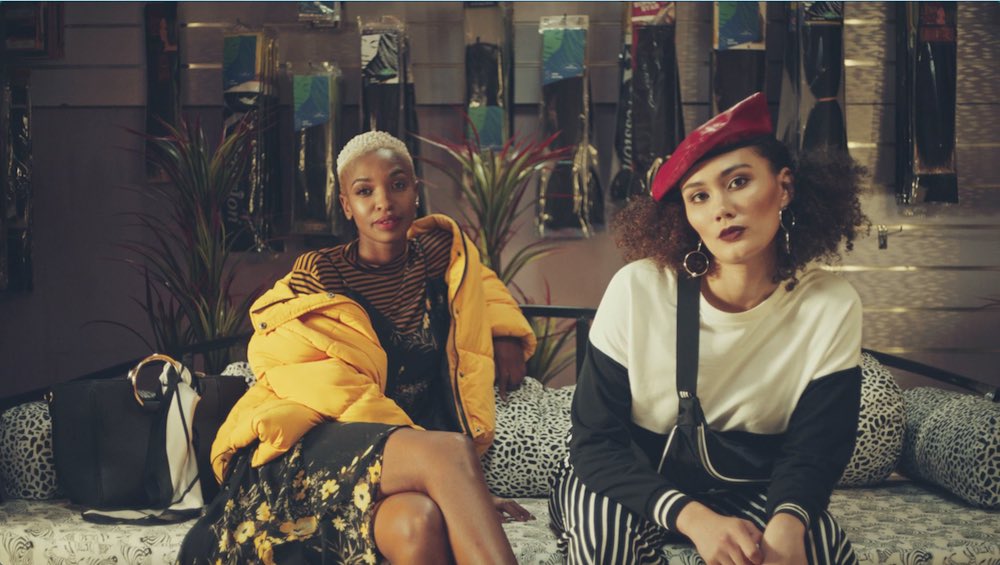 What are some of your favorite components of the final spot?

I love how my DOP Adam Bental shot this. He shoots a lot of feature work, and I like shooting with DOPs who don’t just shoot commercials because they pay attention to the narrative and aren’t just focused on making pretty pictures. We have a great relationship and he understands what I want, so that always makes life easier. I also love how we reflected three different scenarios that are undoubtedly all part of the same world. The ad travels quite beautifully from location to location and has a great rhythm to it.

How does this campaign for Superbalist relate to your past work? Are you moving into any new directions as a commercial filmmaker?

I’d been dying for an opportunity to shoot fashion so I worked hard to make sure we got this one! I’m a writer, so being able to bring my background in developing narratives and marry that to fashion was a real treat for me. Arcade has the rest of the year to go with Superbalist, and with each spot I get to direct I hope to develop both my aesthetic sensibility while continuing to imbue the brand with real Jozi attitude. 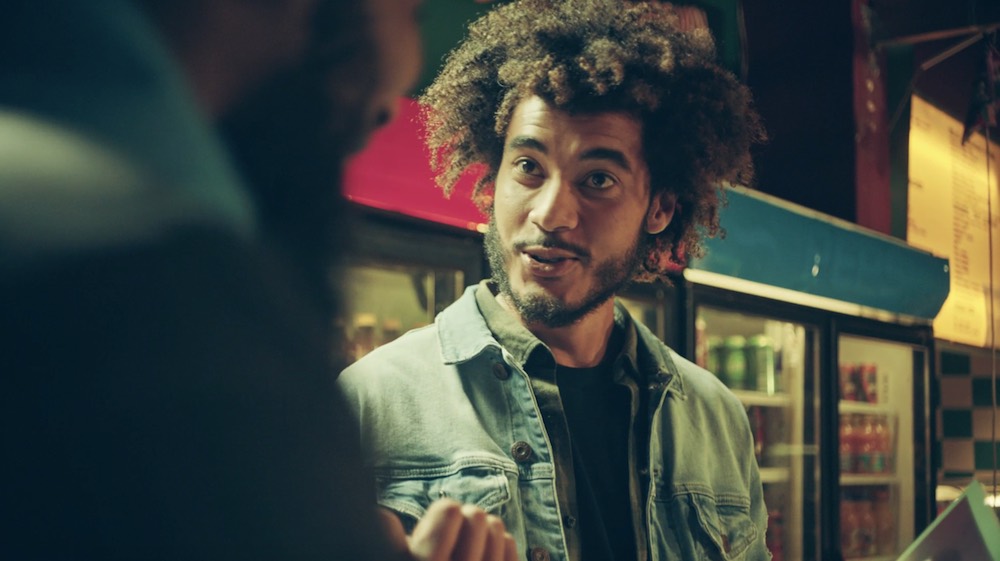 What initially sparked your interest in film? How did you find your way to directing?

My interest in film was sparked by a passion for theater in high school. I wasn’t sure that I wanted to study theater in varsity, but I knew I wanted to stay in the realm of storytelling, which is how I found my way to screenwriting. When I came back to Joburg after studying in Cape Town, the first real job I got was working as a wardrobe assistant on commercial sets. I pretty much became addicted to being on set, and after making my first short film I developed a knack for making my own work.

Are there any women in film who you particularly admire? Have there been any women who have helped you develop your career along the way?

In South Africa I admire Lodi Matsetela: she is the head creative of a local production company that produces Tjovitjo, a drama series. Television is near impossible here, but I admire her tenacity and ability to get that work done. So far I’ve worked with only female producers in the commercial realm, and I don’t feel we talk enough about how many women are keeping our local industry afloat. Being a commercials producer looks like an absolute nightmare to me, so I have the greatest respect and admiration for the women who work to realize my ideas.

Tell us about your web series, People You May Know. What was the experience of writing, directing and starring in the show like? How did you juggle those roles, and how did they inform one another?

Shu. My web series and the struggle to realize it has been a huge life and career lesson for me. It’s strange, but being the writer, director and starring in the show all came pretty naturally to me. It was such a personal story, I guess – I couldn’t imagine anyone else doing it. When you intend on directing something you’re writing, it affects the way you write because you know it’s going to be your problem to manifest! I was a far more considerate and practical writer in that sense, which is particularly important when writing for serialized formats.

Directing and acting was trickier, and would have been near impossible if I didn’t have such a clear understanding of who the character was – a more self absorbed version of me, really. I just tapped into the worst parts of my personality and let those shine! The pilot shoot also gave me an opportunity to exercise my comedy muscle, my sense of humor is very dry and understated, and learning to deliver lines that are jokes but not punchlines was a self taught lesson in comedy. 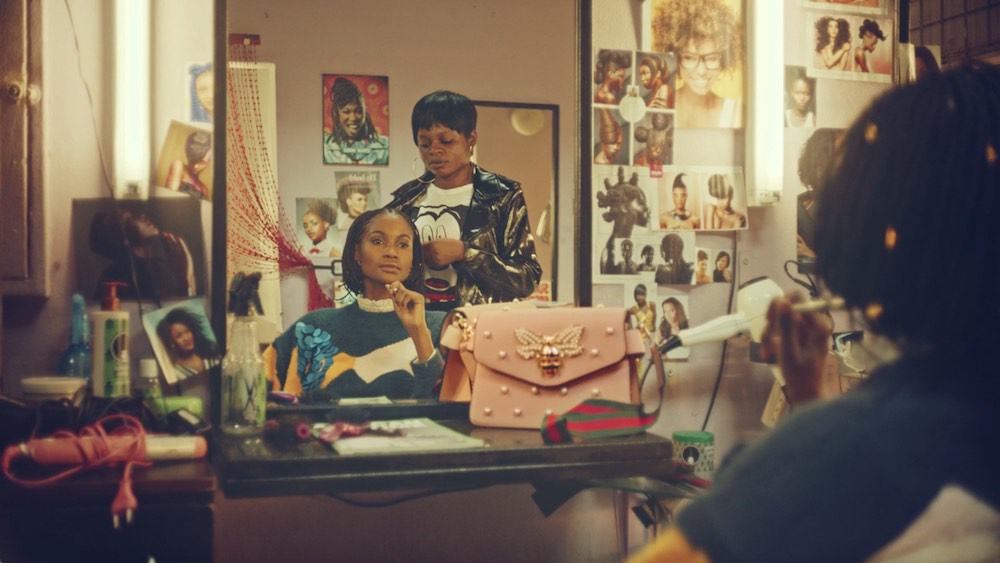 The South African advertising industry is limited as a whole, and more so for women directors. It’s small and insular, and this can sometimes be difficult to break through. The culture of how women are received in advertising are pretty consistent with women in all professional industries; it’s tough but you also don’t have the time to address it because you’re working too hard to survive it all. There are more of us and we’re growing, and having someone like Leigh Ogilvie – who is one of the few seasoned women directors in this country – at the helm of our local Free The Bid is really helpful for new directors like myself. I think in time, it will have a great impact on the industry in general.

What are your longterm goals as a director?

Just becoming a better and more competent storyteller in all aspects. I’m interested in moving into longform, so I’m happy to be back to writing in my evenings and stressing about treatments during the day. I really want to develop series and films in this country that take the industry forward for all the new budding women, particularly black women directors.

What would an ideal commercial client be for you?

A brave client, who understands their consumer but is open to discovering things about their brand and their potential consumers. I’d really like to stab at sportswear and I’ve always been frustrated at the fact that beer companies never advertise to women here – and on the rare occasion that they do, they try to ‘chickify’ their brand as opposed to speak to real beer drinking women. Yes, I want to make a beer commercial targeted at women. 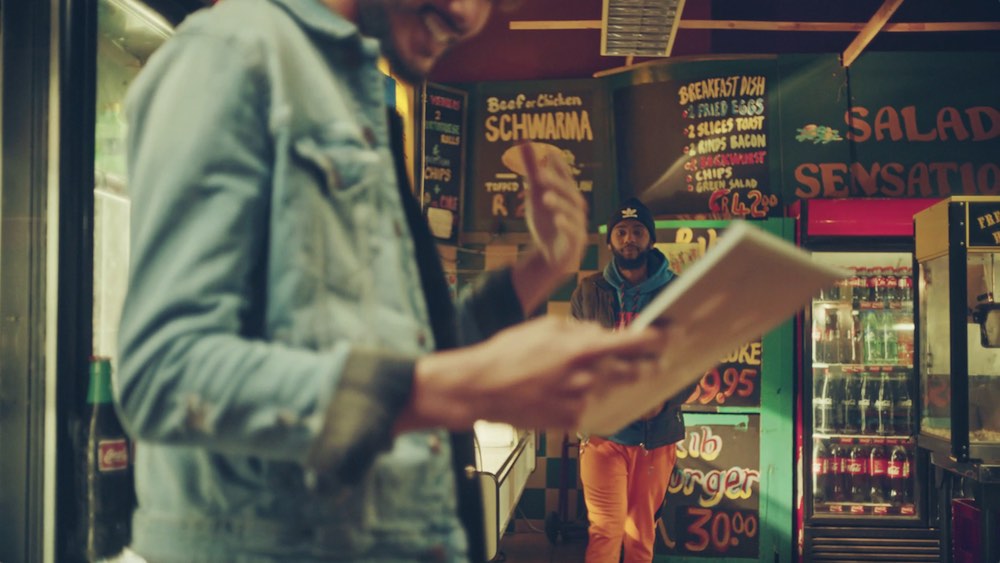 In South Africa in particular, we are such a culturally diverse community that we short-change ourselves by making it difficult for diverse representation. It’s not just about who is in front of the camera, it’s about who is behind it. We need greater diversity in agencies; in the marketing departments of corporations, and on set. We also need to really tap into developing a rich and well thought-through storytelling culture that isn’t just about doing second hand versions of Western constructs. Our references need to change. African cinema has such a rich and unique history, but we hardly ever reference this. We really need to sit and reflect on who we are, and be diligent about communicating this in a considered way and to always strive for excellence as we do this.

Any final words for our Free The Bid family? Advice for aspiring women directors?

When you are done making one thing, reflect on it and then make another one. Be hard on yourself but not in a way that confines or limits you, allow it to push you forward. 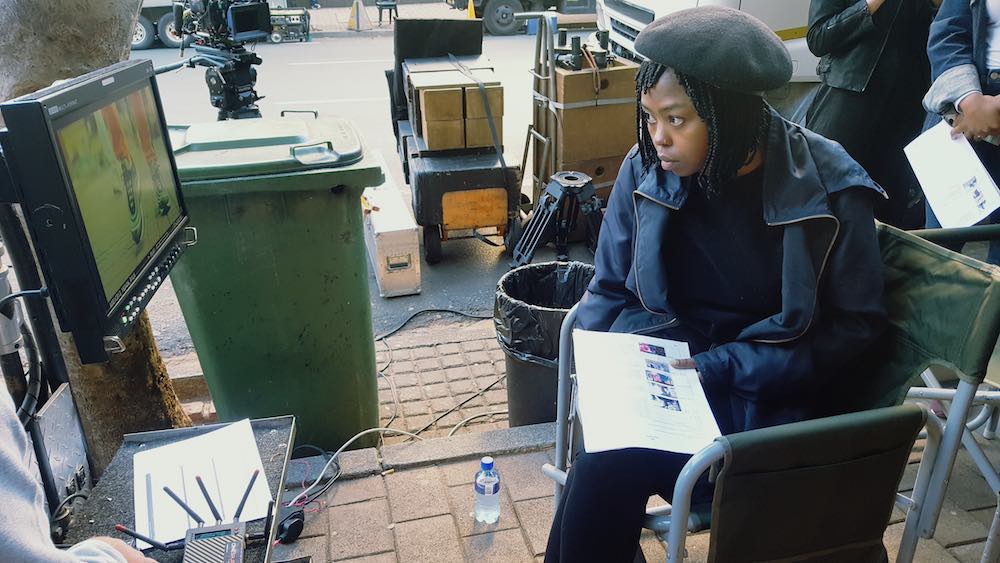