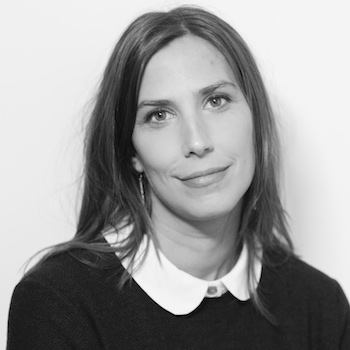 The 400+ women directors in our database aren’t just applying their talents to commercial projects – many are showcasing their skills in episodic TV, documentary and feature film (and beyond)!

Director Vanessa Caswill‘s latest project, a mini-series adaptation of Louisa May Alcott’s “Little Women,” shows the director taking a universally relatable coming-of-age tale and creating an intimate version in which the camera becomes integrated into the cast as “sort of the fifth sister” (Variety). With a cast including the legendary Angela Landsbury alongside up-and-coming talent, a script from TV veteran Heidi Thomas (“Call The Midwife”), and the challenge of recreating Alcott’s Corcord Massachusetts hometown in Ireland, Vanessa’s vision conjured up an adaptation with “real grit…a very moving account of what we leave behind when we stop being children.” (Telegraph)

Vanessa Caswill’s work focuses on strong, honest performances with equal emphasis on detailed art direction and often heightened, beautifully composed shots. She won the 4Talent award for her super quirky film “Pudding Bowl” as well as Best Visual Film and a Film Of The Night award at the Limelight Film and Arts Awards. Vanessa has an endearing, feminine and sincere style.

We spoke with Vanessa about the lessons she learned on the set of Little Women, capturing the generosity of the characters, and the passion that working with like-minded collaborators can bring to a project. 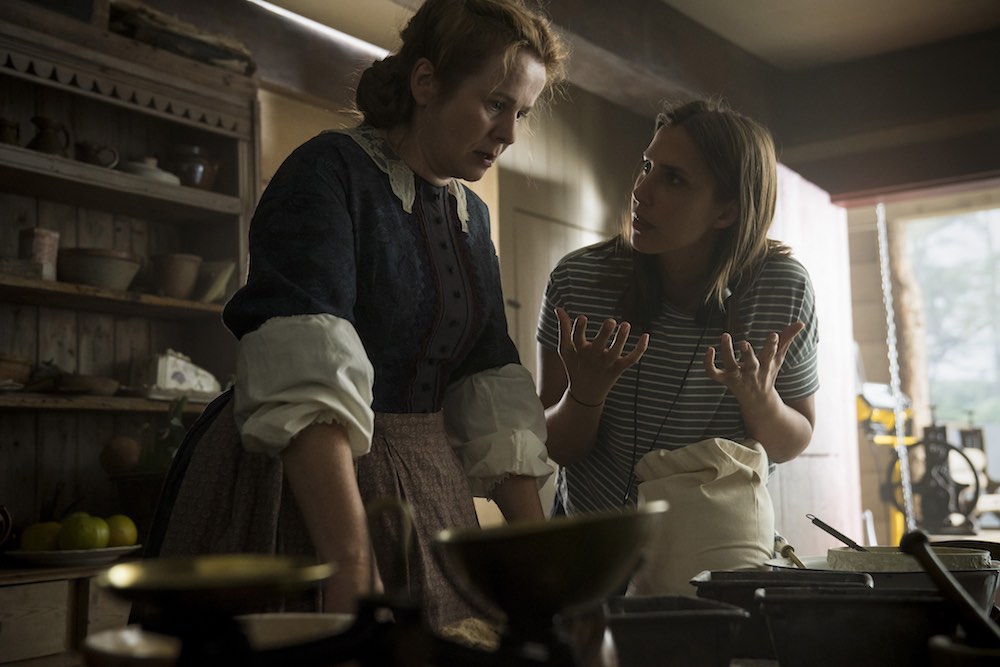 Talk us through the initial stages of becoming attached to this project. How did you get the opportunity to direct this mini-series for the BBC? What about it appealed to you initially – did you have a prior relationship with Little Women, either the novel or any prior film adaptation?

The script came through my agent. I was delighted to meet for it, as the scripts that Heidi Thomas had written felt really immediate and contemporary despite being a period piece. I had read the novel as a child and watched the 1994 film as a teenager, but they felt quite distant to me as I took on the project. I came to it with fresh eyes, particularly seeing it from Marmee’s point of view as I am a mother now. That shifts things.

What were you excited to bring to this classic story as a director? What was your specific vision for bringing it to life?

I wanted it to feel intimate and truthful. It felt important that we were really with the sisters rather than sitting back and objectifying them and that they felt like real young women that we can identify with today, with all their hopes and sorrows relatable. I saw them as being of the earth, with a deep connection to nature. The transcendental philosophy in the book really resonated and it felt important to imbue the whole project with the generosity and whole-heartedness that really is the core of the March family.

The cast is incredible – what was the experience of working with seasoned veterans Angela Lansbury, Emily Watson, Michael Gambon like? Did any of the performances surprise you? Tell us a bit about how you interacted with the ensemble as a director.

They were all wonderful and inspiring. It was extraordinary to witness Angela Lansbury’s energy at her age. Emily Watson was a very grounding presence on set and really enabled the girls to draw out their very best. It was such a privilege to work with her. 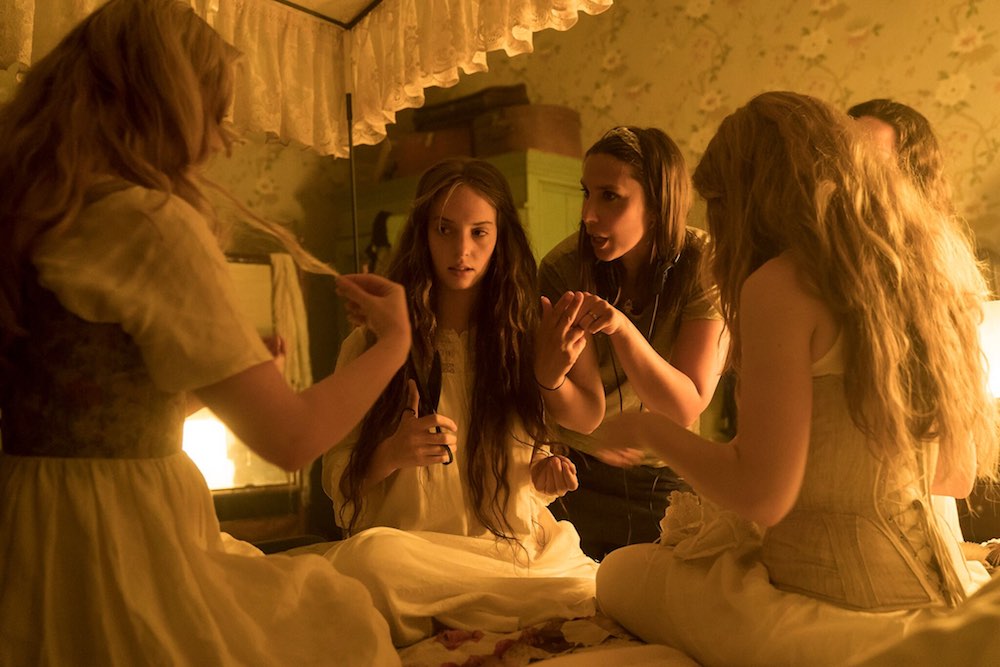 What were the visual reference points that you had in mind for the look and feel of the mini-series?

Probably the main one was a film called Lore by Cate Shortland. It’s a breathtakingly beautiful and challenging coming-of-age 2nd world war film told in a very sensory way.

How long did this shoot last, and where did it take place? Did the location provide any unique challenges?

9 weeks in Wicklow, Ireland. It was a huge challenge trying to make it look like Concord, Massachusetts through the seasons. We built the exterior March house but the geography was tricky as the Lawrence house was an entirely different location, so making everything match up in snow was involved. The ice-skating sequence was also a big challenge as we were shooting in the middle of summer, without ice or ice skates!

Were you able to push yourself into any new directions as a filmmaker with Little Women? Were you able to utilize any unfamiliar techniques or use any equipment that was new to you for this shoot? What were some of the lessons you learned while working on it?

Gosh – I learnt so much I don’t know where to start. The combination of seasons and creating the Concord  geography through VFX/SFX and builds was a new experience for me, as was the time span the story covers. We shot out of sequence so there was a lot to keep across.

How do you think the final product fits into your body of film work?

It’s my first period piece but in keeping with my style because the themes are the key ones that draw me to any story. Female protagonists finding their voice, family, love, grief and acceptance. 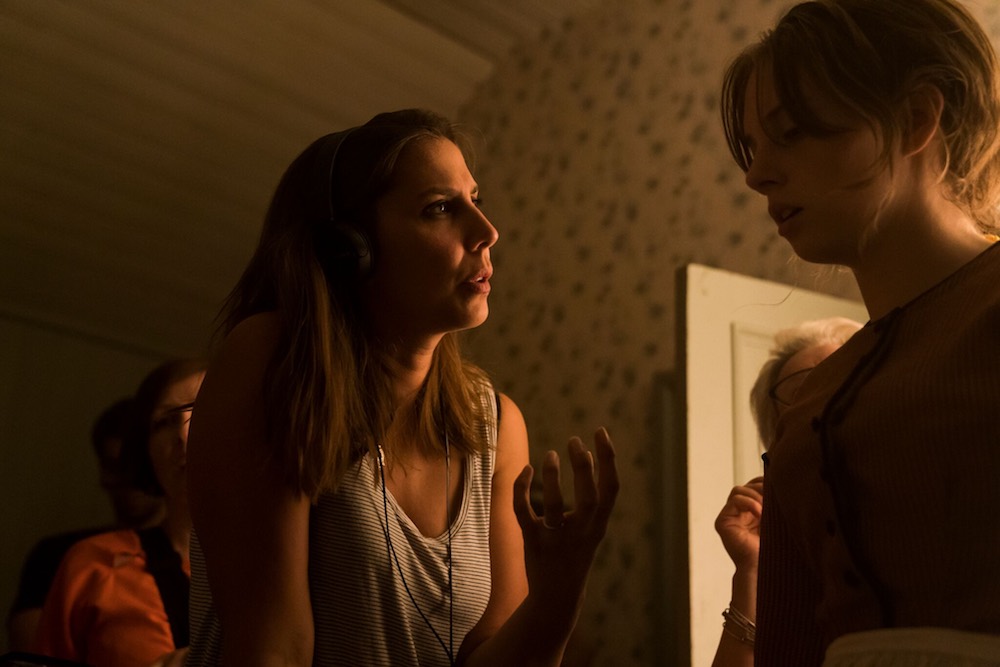 How did you get your start as a director? What were some of your earliest influences?

It was really though Annex Films that I got my first opportunities to make music videos. Watching Emily Watson in “Breaking the Waves” was probably the first moment when I thought that filmmaking could be a medium for me.

What are some of your favorite kinds of projects to work on/favorite aspects of being a director? Any dream jobs you’d love to be hired for?

I love working with actors. I love the passion that drives through a collaboration when everyone cares about what they are making.

Since you have experience in both the commercial world and on episodic TV, what kinds of things have you learned about your craft from each respectively?

Each project I do, I learn more about my craft. It’s not a craft one can practice and hone in isolation, and I didn’t train, so I’m always learning on the job, but in order to have an effect I think I always need to find something to love and connect with in the story I’m telling, no matter the format.

How often do you have the opportunity to work with women DoPs, editors, or women in other important crew-member roles? Are there any particularly amazing women you’ve had the chance to work with over the course of your career that you’d like to shout out?

I’ve had a lot of opportunity to work with many brilliant women. The team on Little Women was full of amazing women, both in front of and behind the camera – Heidi Thomas, of course, and producer and executive producer Susie Liggat and Sophie Gardiner. I’ve particularly enjoyed working with editor Hazel Baillie and DoP Jody Muston, and writers Sarah Solemani and Marnie Dickens. All amazing women.

If you only see stories through one lens, you narrow your view of anything meaningful considerably.

Do you have any final words of advice for aspiring women directors reading this?

No one belongs here more than you. 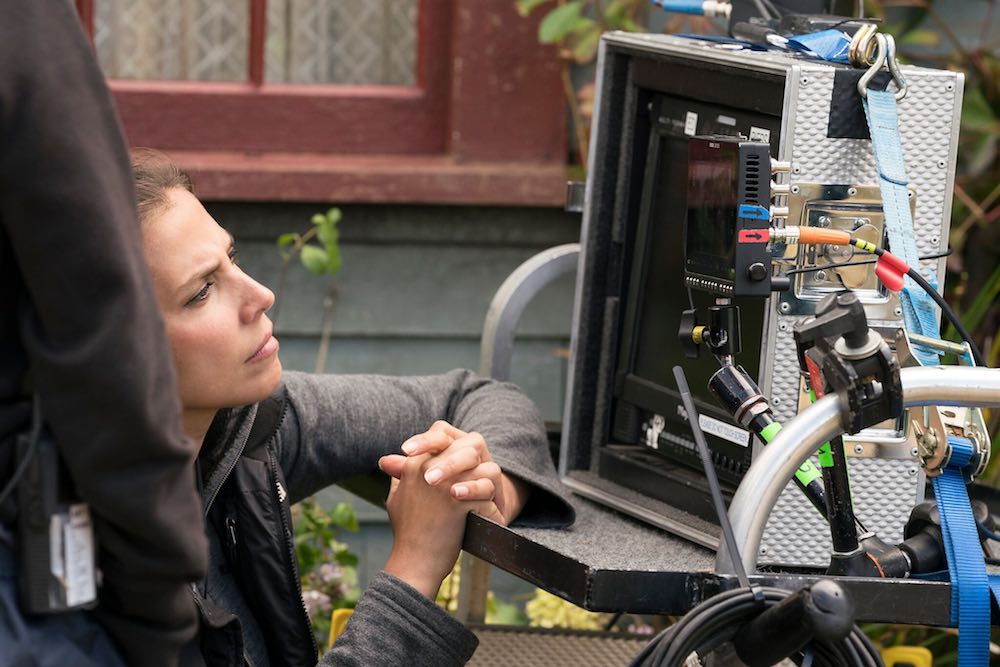