In a world where more and more dads are looking to advertising to reflect the pride they take in fatherhood, Father’s Day marketing presents a unique opportunity to tell nuanced stories of generational relationships between men.

To celebrate the holiday this year, pledged brand HP (who recently shared impressive statistics of their success in implementing the Free The Bid pledge) and pledged agency Fred and Farid worked with Tool of North America director Rachel McDonald on a heart-warming portrayal of how technology can strengthen family bonds. For one father, a printed photograph serves as a poignant link between his newborn son and his own father. Lensed by acclaimed cinematographer Chivo (Emmanuel Lubezki), Rachel’s directorial sensibility finds the cinematic qualities in an intimate moment, offering a tender depiction of fatherhood’s importance.

Rachel spent the initial years of her film career working for heralded filmmakers like Frank Darabont, Nancy Meyers and Clint Eastwood.  She transitioned into directing with an award-winning short documentary about gorilla conservation and tourism filmed in Uganda. Working both in the American and Canadian markets, Rachel has directed spots for Microsoft, Ikea, HP, DSW, Trojan and an ad for the 2017 Grammy’s “It Was You,” that went viral and won a Gold Clio.  Her award-winning campaign for One Love Foundation, “Behind the Post” included several short films that are currently being used as education material for relationship abuse across the country. Rachel has an adept sensitivity to her subjects and tells honest stories driven directly from the heart.  When Rachel’s not on set, she’s traveling the globe or chasing waves.

We spoke with Rachel about her love of creating work that explores a character’s roots, working with her heroes, and befriending Oscar-nominated cinematographer Rachel Morrison. 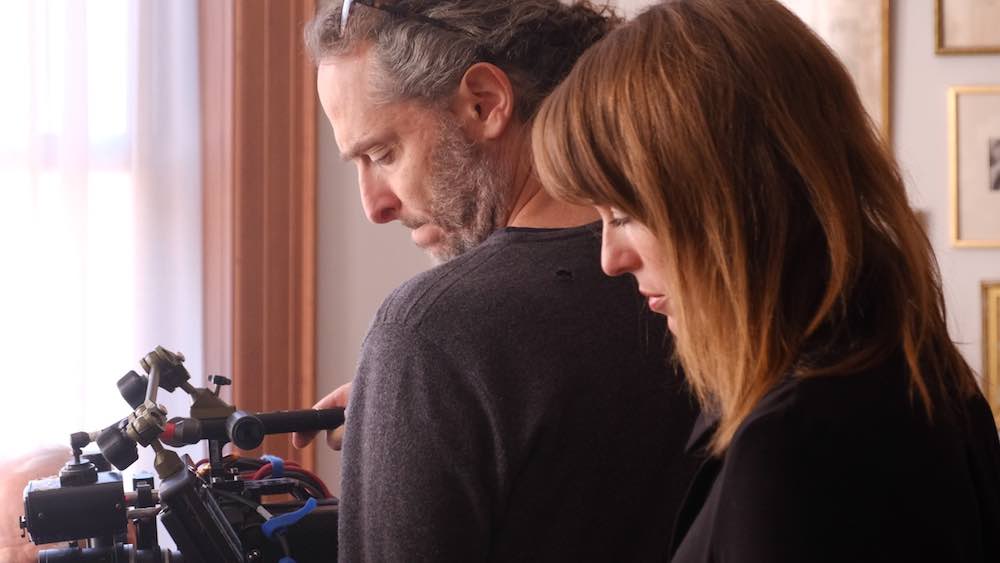 First of all, hope you had an amazing Father’s Day! Would you like to take the opportunity to make a special Father’s Day shoutout?

Thank you. Sure, I’d love to wish a happy Father’s Day to all of the dads out there. And, a special shout out to my Pops who first taught me the art of storytelling. My dad had epic, original bedtime stories that were incredibly colorful and imaginative. My favorite was called “The Blueberry Gum Girl.”

What was the initial brief that you were presented with for this job, and what resonated with you most about it? What were you most excited to convey in this spot?

When this brief came through, I was immediately floored. Not only was the script poignant and beautiful but the deck was full of imagery from “Tree of Life.” I’ve always been deeply inspired by the cinematography in that film and it’s one that I’ve referenced many times. I think I was most excited to convey this idea of a printed image evoking a feeling and a memory so potent that it feels real. I still print photos that are important to me, and there are some images that can really take you to another place and another time. Lastly, there is something so refreshing about a tangible printed image in this instantaneous time we’re living in.

What aspects of this project felt especially relevant to your vision as a filmmaker (thematically? visually?)

There was a lot of heart in this project and I love to tell stories with emotion. I also really liked that we were connecting generations of family members in this film.

Visually… of course. The agency and client were fully on board for us to make this look stunning, intimate and very cinematic. I was fortunate enough to have the master, Chivo (Emmanuel Lubezki) shoot this. Obviously, I didn’t need to show Chivo any of my references…they were all his work. 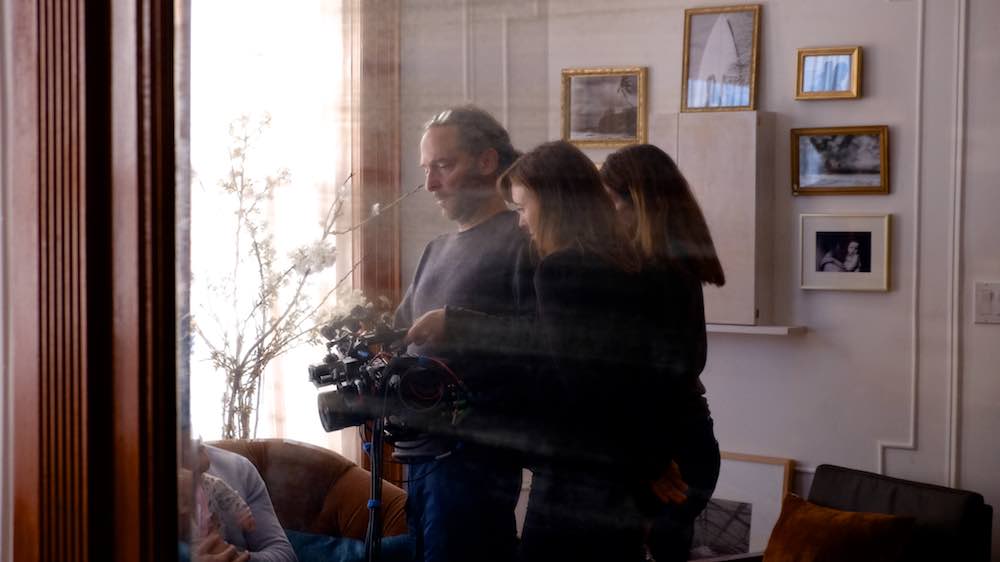 Can you tell us about the shoot? What were the specific challenges posed by this film?

This shoot was a really lovely experience all around. Fred and Farid, the HP clients, and I were all aligned early on, which made for a super smooth production. Honestly, I don’t remember any major challenges. Crazy, I know. Working with babies always poses some logistical challenges, as you’re working around nap times, feeding times and the limitations of how long they can be on set, but our babies were sweethearts. The way that Chivo shoots and the way that I like to work on set coalesced beautifully, and we were able to stay in close with our talent and get beautiful performances.

Previously, we featured your holiday work for Ikea, “Bottled”, which also told a story of family relationships. Do you find that you are drawn to telling stories about family? What ideas do these projects allow you to explore as a storyteller?

Hmmm, that’s a great question. Sure, I am drawn to stories about family, but more significantly I’m drawn to stories about the human condition. I come from a big family and I find familial dynamics very intriguing and complex. This idea of our roots (where we come from) and how that affects who we are and who we become has always been something that fascinates me.

HP recently shared that since taking the Free The Bid pledge in September 2016, 59% of the film campaigns they have created have been shot by women directors, all discovered through the Free The Bid database. What were some of the highlights of working with HP on this film?

Again, the agency and the client were lovely on this project. It felt very collaborative and open to beautiful storytelling. There was so much trust placed in me and my process as a filmmaker. I really appreciated that.

Let’s talk about your career path as a director! Did you always know that directing was the production role for you?

My senior year at University was when I first had the inclination to direct. That was confirmed the first day I stepped on Frank Darabont’s set in Louisiana, where he was shooting “The Mist”. I was enamored with the process of filmmaking — I still am.

What have some of your proudest career moments been (so far, at least)?

Well, working with Chivo on this HP spot was a pretty proud moment.  Working alongside one of my heroes was special, to say the least. 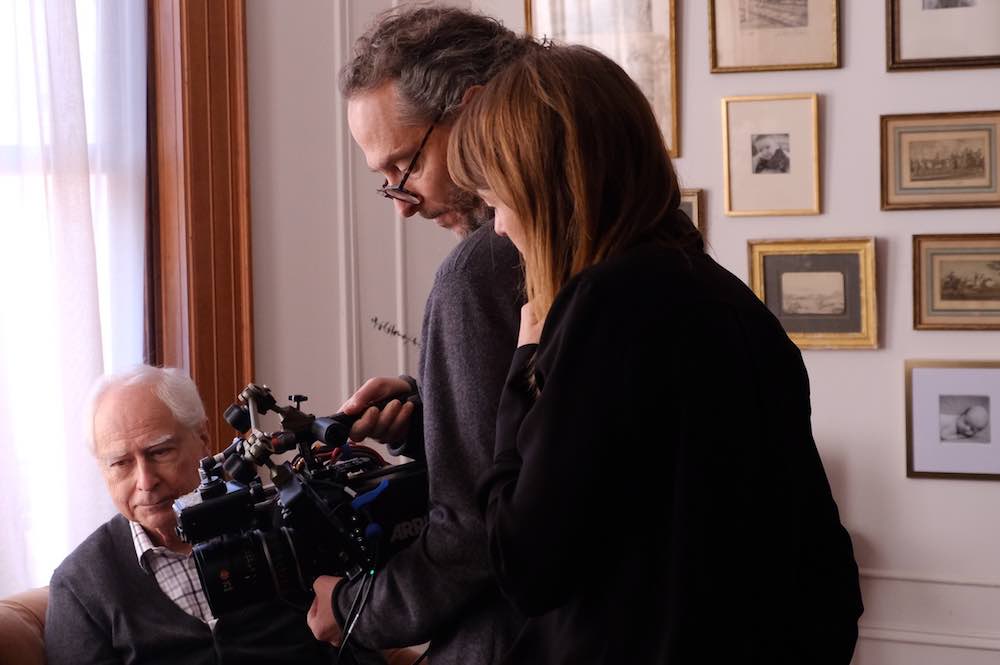 Who are some of the women in film, TV, and advertising that most inspire you? What incredible women have you had the chance to work on set throughout your career?

I had the pleasure of working with Rachel Morrison this year and that was fantastic. Rachel is incredibly talented and also a really wonderful person. We had a blast together and became quick friends. She is definitely one of the women in our industry who inspires me. Others that inspire me are Ava DuVernay, not only for her film work but for her activism to support diversity in the industry.

Are there any dream projects that you’d love to be considered for in the future, commercial or otherwise?

Sure, if you know Jake Gyllenhaal. 🙂 He just optioned a book I’ve been chasing for several months and it’s a story set in my hometown in Mississippi. It’s deeply personal to me and I’m convinced I need to make that film. 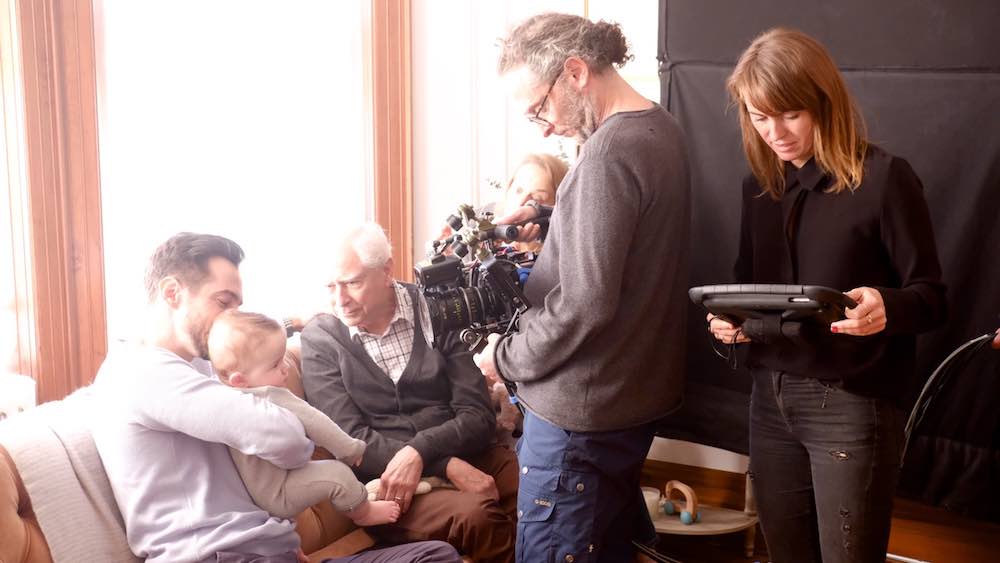