In her latest series, director Peyton Wilson is asking the big questions. What gives our lives meaning? What drives us to keep going?

Peyton, newly signed to the Bullitt roster, gets intimate with subjects living radically different existences — a prison inmate in Oregon, victims of acid attacks in India — to probe the depths of universal humanity. Accompanied by the subject’s voiceover, Peyton’s lens pans across faces, hands, clothing; the camera quickly sketches out a nuanced portrait of their physical reality while in voiceover, each individual reveals their interior.

The two films debuted on the UpWorthy platform last week, and “The Acid Survivor” was selected as SHOOTOnline’s Top Spot of the Week.

We spoke to Peyton about listening with compassion, working alongside DP Tami Reiker on a skeleton crew, and watching the Free The Bid movement grow from its earliest days. 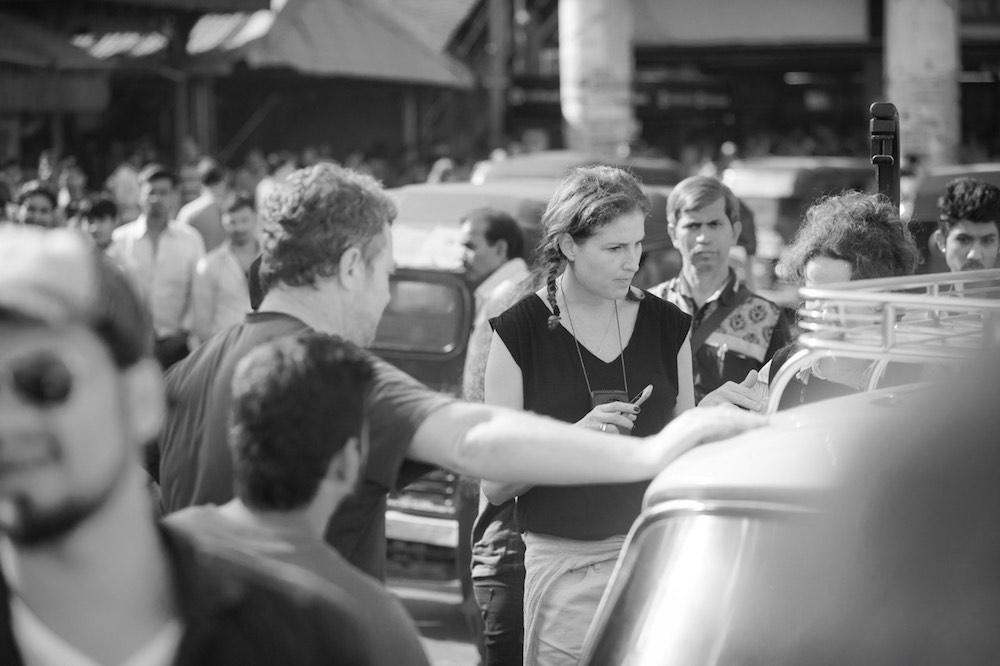 What was the initial impetus behind the “On Meaning” series – what led you to exploring these ideas on film?

I find that often what documentary directors’ focus on (in terms of their subjects) is part of what creates their DNA, and is, in a way, who they are and what they’re curious about.  For me, I think a lot about why we are all here and what our purpose is. I have a big belief in going for passion and love, which brought me to wondering how you find meaning and purpose in life if you’re incarcerated, or a survivor of abuse, such as the acid survivors in India. So, I thought…well, why not go speak with these people and explore this question?

What was the journey from the series’ conception to the shoot?

Very, very organic. No deadlines or anything. The moment I heard about each story, I was obsessed with filming, and within a few weeks, I did it, with a skeleton crew: just Tami Reiker (DP), AC, and sound. 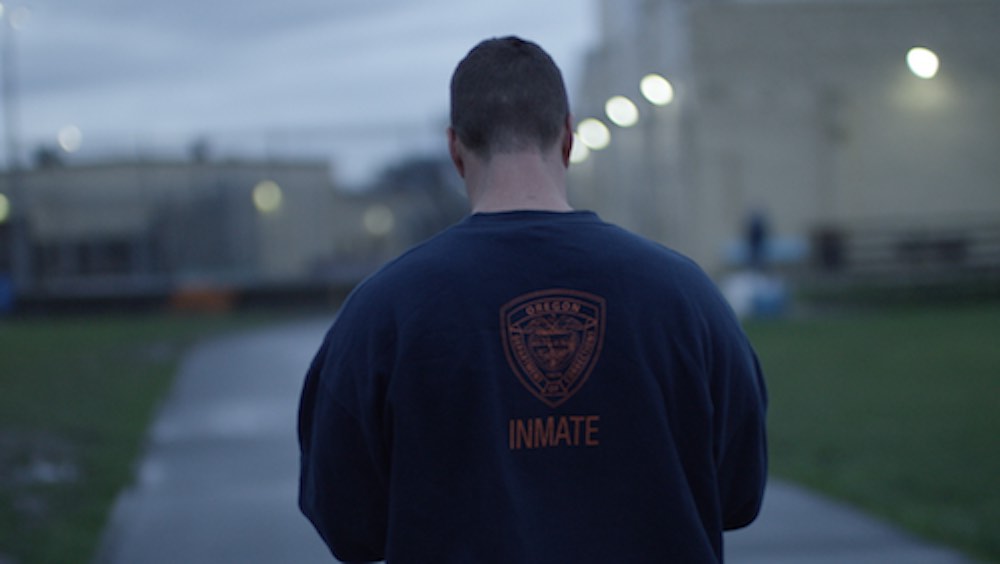 With such a universally resonant core theme, how did you come across your specific subjects? How did you make the final decisions on who would be focused on?

I read about the running program that Oregon State Penitentiary is doing for their prisoners, and in the article, one of the inmates mentioned how it had given him meaning in his life. That made my head spin, as that’s exactly what I was looking for. I interviewed a number of inmates, and the man in the film was one of the most fascinating interviews I’ve ever conducted. He was brutally honest, deep, and taught me a lot about having a purpose in life.
Then while I was in India on a job, I had a few down days and really wanted to tell a Meaning story while there. So my amazing Indian line producer, Sejal Deshpande, helped me to find these women, and my American line producer Maeliosa Tiernan pitched in to make it happen.

Since the emotional content of these films is so intimate and potentially sensitive to discuss, how did you cultivate a rapport with your featured subjects?

Hmm…good question. I simply listened. My belief is that everyone has a story, and if one feels listened to (and feel safe), they will open up in remarkable ways. I just really tried to listen with compassion.

Where was each film shot? What unique hurdles did filming in an American prison and in India pose?

The Inmate film was filmed up at the Oregon State Penitentiary, and the Acid Survivor story was shot in Mumbai, India. Oddly, no hurdles. The staff at the prison was extraordinary in helping everything come together easily, and in particular, Brent Eriksen at OSP couldn’t have been lovelier with assisting with the shoot; allowing us in the yard with the inmates at sunrise, etc. Filming the women in the Mumbai slums was also easy – we arrived at dawn and filmed them for a few hours. It flowed seamlessly, which is exactly what I wanted: no drama, just joyful storytelling. 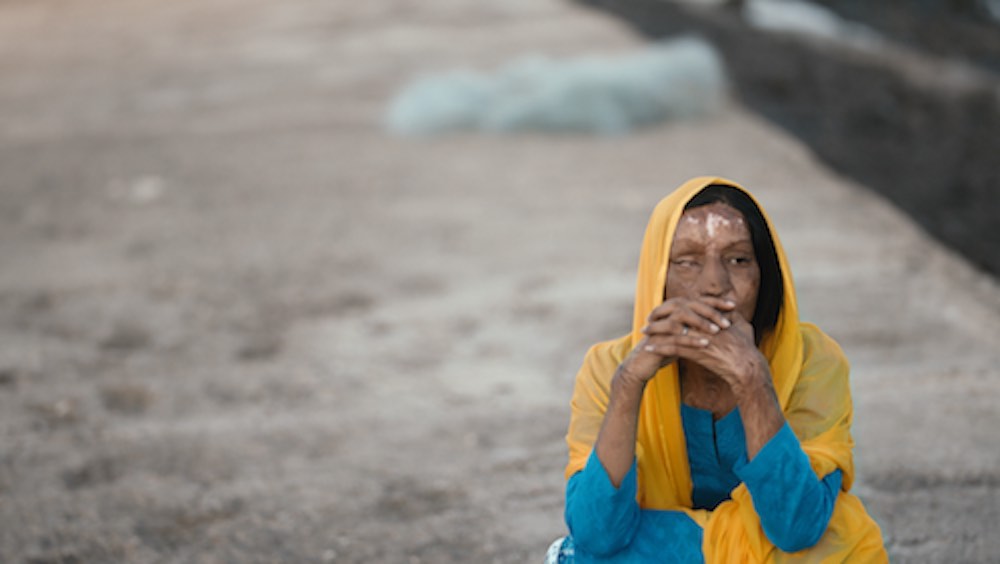 How long did you shoot, for each of the films? Was the structure of each determined before shooting, or did the vision for each evolve based on the experience while filming?

Each film was a one day shoot, and both had a very open, organic structure. I interviewed the subjects before the shoot, so I could think about the visuals and start to dream up how the visual story would look and feel.

What has the experience of filming these taught you?

Just a simple reminder to always follow your passion. It’s hard to put into words my love for this series.

What do you hope that viewers take away from watching these two films?

To find joy and love amidst the darkness.

Since we last interviewed you (last year, in conjunction with work for Free The Bid’s supporters HP), what notable projects have you been working on?

My big passion ad campaign that I fell head over in love with was the Ford, “ First Ever,” series we finished a couple of months ago! That was a dream project. [Ed. Note: for more on Peyton’s Ford work, check out our interview with Sumer Friedrichs, SVP Director of Integrated Production at Ford’s agency, GTB]

What’s next for you? Having recently signed with Bullitt, what projects should we look out for from you?

Yes! I’ve just signed with Bullitt and I’m so happy. For me, they’re the dream company. Luke Ricci and Allison Amon are a kick ass EP duo, and the company is involved with so many things, from branded content to entertainment including AGBO (their film and TV development company).  I’ve always imagined, but never thought one company could encompass every single area of the industry. And of course to have the Russo Brothers at the helm is pretty special.

Right after I landed at Bullitt, they got my On Meaning docu series launched on UpWorthy (which was another dream of mine). We’re currently bidding on several projects, and I’m writing on a music video, which is a first for me. 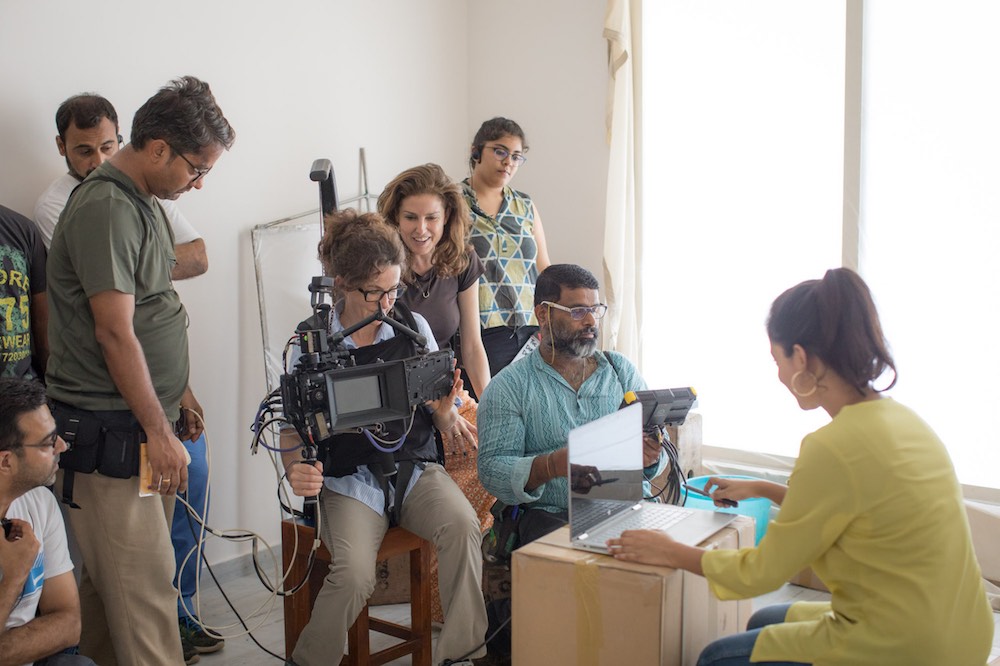 You were part of the initial group included on Free The Bid’s director database when the site was launched in September 2016. Have you observed any changes in the advertising industry as a whole since the inception of Free The Bid? What about within your own career?

I grabbed coffee with Alma 24 hours after she launched Free The Bid, and I’ll never forget it. She was overwhelmed by the response: she hadn’t slept in days, as she was a one woman team launching the site and responding to the thousands of requests. The reaction she got from our community was stunning.  I just recall feeling that not only was she a genius and trailblazer, but that this was going to grow into something phenomenal within our industry. And now here we are, nearly three years later, and look at how Free The Bid has taken us by storm! I think all of us women directors have been given opportunities that I 100% know we wouldn’t have gotten without Free The Bid.

Free The Bid has recently expanded to add profiles for women colorists to our database. Have you had the chance to work with women in below the line production roles, and has diverse gender representation on crews had an effect on the work you have created?

So, guess what? I’ve never worked with a female colorist! Amazing. So, quite frankly, again, thanks to Free The Bid, I’d love to do that on my next project. Beyond that, I feel like most of my jobs are pretty diverse, and I’ll continue to push for that. I can always do better. We all can.