A young girl discovers a way to honor a grandmother who she’s recently lost, with help from some innovative HP technology.

Director Peyton Wilson‘s latest spot for HP tells an intimate story of loss and healing that beautifully captures the emotional resonance of its subject matter.

Not only was this campaign shot by a woman director; it was also the product of a woman-led creative team at pledged agency BBDO SF!

A woman director, a team of woman creatives, a pledged agency AND a brand that not only pledged to Free The Bid but also supports us all through the year.

That’s some serious Free The Big magic we want to keep spreading!

We got to speak with Peyton and the creatives Rachael & Taylor at BBDO for an exclusive look into the making of HP’s latest ad.

Check out the full interviews (and on-set photos) below: 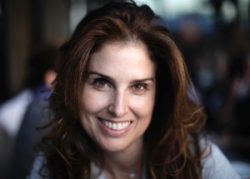 Congratulations on your beautiful work for HP! Since Free The Bid is all about opening up opportunities for women directors to bid on jobs, take us inside the bidding process. How did it feel to get on the boards for such a big international campaign?

The moment the boards came in, I just loved the concept. Sometimes it happens where you can just see the story come to life the moment you read the scripts; and, so.. I instantly could see, touch, hear and feel these characters. Additionally,  I immediately connected with the agency creatives, which is everything.

HP is one of our biggest supporters, and it’s great to see that their approach to diversity as a business imperative shows in their advertising work. Did you get a sense of their commitment to diversity while working with them on this project?

First of all, I know that HP is one of Free The Bid’s biggest partners and that, to me, speaks volumes about HP. They really (really) walk the walk. So of course I felt their commitment to diversity, as they and BBDO hired me and supported me!

What are some unique things that you think a woman director can bring to a campaign like this?

Here’s the thing with being a woman director: I can’t say we’re necessarily different than men in our approach. That feels like a rather large  generalization. Some of the most beautiful and emotional work I’ve seen have been directed by men. It’s simply that women want the same opportunities as men.

Where did this shoot take place? 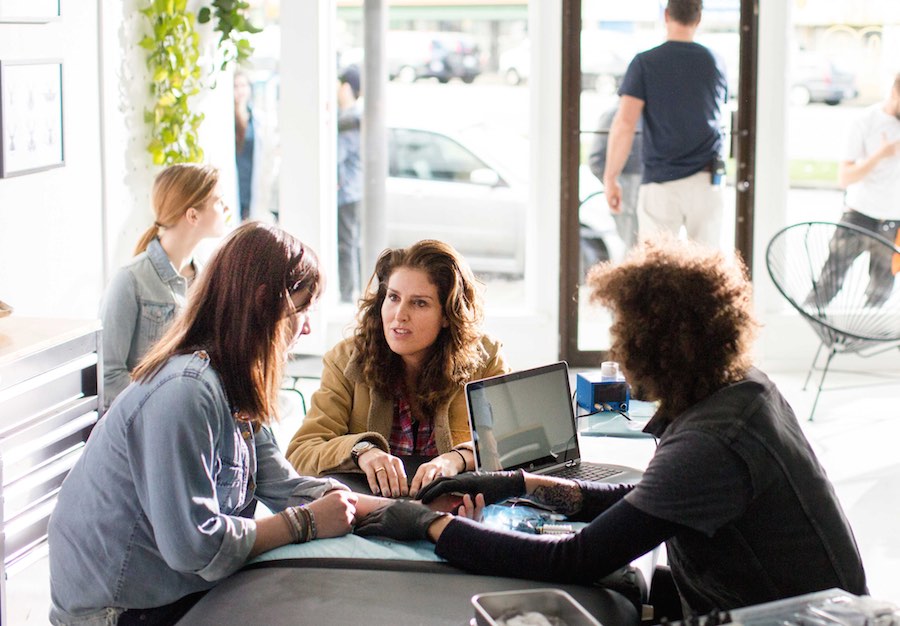 What did you particularly like about the theme of this campaign?

To me, “Reinvent Your Story” is all about seeing the positive. It’s simply how we all choose to look at things, right? So, I love that overall concept and belief system.

How was working with BBDO as an agency? How did it differ from other experiences you’ve had?

Loved. I don’t know if I’ve ever worked with a group of creatives who are so happy at their shop. And, because that starts from the top (Matt Miller the CCO who radiates joy), it trickles down and I found all of the creatives were super smart and a joyful group.

Are there any unique challenges faced on a shoot like this that goes around the world?

Of course. Especially shooting in Mumbai. Although in theory we all do the same thing, every country has their differences and you just have to embrace their workflow. You can’t fight it.  Plus, it was the hottest time of the year to be in Mumbai so we were melting!

Can you tell us a bit about the women featured in the spot? What was it like to work with them?

All the women were lovely. The Indian woman who stars in the spot we shot in Mumbai,  “Not Alone” teared up when we called wrap as she had never worked with such a vast female team.  That was a huge deal for her.

The crew seems to have included some other amazing women, too. How often do you get to work with women on set in all creative roles? Does it affect the overall working environment?

I feel like I get to work with women quite a bit, actually. Be it who I hire or who hires me (on the agency side). It’s hard for me to say exactly how different it is on set as I only know my set and my team,  but I’ve heard that the communication and the overall feeling on set can be a bit more easy going…;-) 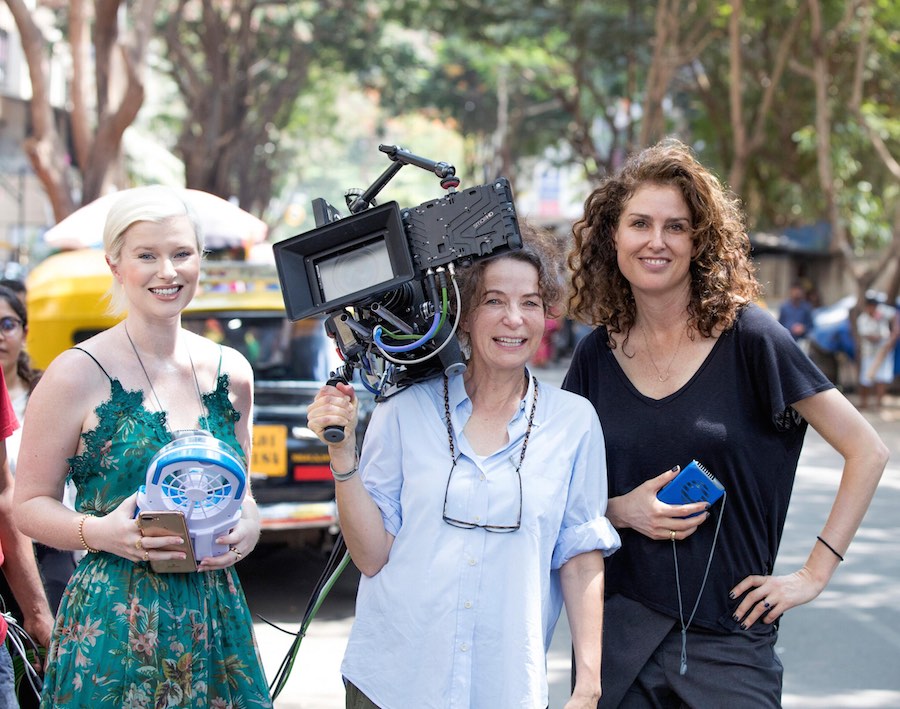 What are some of the major differences between approaching a commercial shoot vs a documentary shoot? Are there some ways in which the experiences overlap?

The biggest difference-of course- is that you’re working with an agency and a brand who have worked on this concept usually for months before it gets to you. So, really, it’s their baby and you have the honor to help bring it to life. So, every single decision is made with a group of people. If you’re all on the same page with each other, it’s really fun to feed off each other. While with my documentaries, it’s me,myself and I. The part that is 100% similar  is the authenticity. No matter how many people I’m working with on a commercial, the mantra- always- is how do we keep the tone  real and intimate, and  how do we make sure we’re deeply feeling something.

Are there any ideal kinds of projects that you’d like to get the opportunity to work on in the future?

Two things:  #1 more emotional character driven work and #2 I always love documentary commercial concepts that are unexpected and which allow me to get right to the core, right to the heart of being alive.

Do you think that Free The Bid has made a difference in the amount of (or kinds of) jobs that you’ve gotten to bid on?

OK, so what Alma and everyone at FTB is doing is huge. A conversation and awareness is starting, and women who are incredibly talented who perhaps aren’t signed yet, or who aren’t seeing as many scripts as they should, are having more of an opportunity.

Any final words you want to share with our audience? Advice for fellow women directors?

Hmm…advice. Be positive, see yourself doing the work even before you get the work and please, be humble and keep your cool.

How did this beautiful campaign come together?

We were asked to create work that showed people reinventing their story. The concept lends itself to very emotional work.

Rachael and I like to write what we know when we can, and I (Taylor) have been in the process of grieving the loss of my fierce, hilarious Grandmother who was honestly one of my best friends. My Mom and I shared this experience going through my Grandmother’s things, and we have discussed the idea of getting matching tattoos. (Fun fact: the handwriting in the spot is actually my Mom’s.) So we saw an opportunity to portray grief and loss in a way that ended on a hopeful note.

Has BBDO’s pledge to Free The Bid made you more familiar with women directors?

Absolutely! The Free the Bid site has become an amazing resource for us. When we first found out about it we spent, not exaggerating, hours going through all the reels. We were no longer treasure hunting the Internet for female directors. They were here, at the forefront, and now we have a list of women we are dying to work with.

It’s not very often that you see a woman creative director, a woman DOP, Tami Reiker, the only woman to win an ASC Award, (for her work on HBO’s Carnivale) and a woman director on the same job. How did it feel? Especially in the context of this campaign.

It was really inspiring. We were honestly in awe at some points. Peyton and Tami are forces, and watching them take charge was incredible. Peyton’s energy is contagious, and her heart for the project was unparalleled. Tami is a leader, and she speaks with authority. As young creatives, we were taking notes. We’re now replacing the question marks at the ends of our sentences with periods. Peyton, Tami, and Kate are showing us how to own our voices and make things happen.

Do you think the advertising industry is on its way towards becoming a more diverse environment? Does it help when CMOs who champion diversity, like Antonio Lucio, are on the client’s side?

We are optimistic that the industry is on its way to being more diverse, but we recognize that there is still work to be done. This experience was huge for us, and we want more of these.

For the industry to keep making strides, everyone, at every level needs to be doing their part to champion diversity. When that person is the CMO of your client, well, that’s amazing. In fact, after we presented this campaign at HP, Antonio addressed the team to tell us how important it is to have powerful and talented women at the table, and what a difference he thinks it makes. And, it does.

What was your most memorable moment from this campaign?

The spot was intensely personal for me, so to see it come to life in an even more beautiful way than I could have imagined was almost overwhelming. We were shooting the scene where Abby looks through the box, and I was transported back to that moment myself. The lighting, the acting, so much being said with no words. I was back there and I was feeling it all over again. I remember Peyton turned around to see what I thought, and I was in tears. While I am well versed in the art of crying in public, this was next level. I was making a huge step in my grief process all while sitting in a director’s chair surrounded by some of the most amazing women I’ve ever worked with. The natural next step was for me to do that weird laughing and crying hybrid thing. (I also cried the first 30 times I saw the edit. Peyton, and our incredible editor Andrea Macarthur have significantly impacted my hydration.)

There was a point when we were filming the scene where Abby is looking through the box of photos of her and her grandmother and we always said she had the best eyes. Peyton loved her for the emotion she could evoke through her eyes and when she was going through the photos, she actually started to tear up and I just lost it. That moment brought it all together for me. It’s a beautiful spot and it all happened because of the talented team behind it. The opportunity to sit next to Peyton and see her bring it all to life, watch Tami work with this million pound device on her back as she handles it with ease, all while our producer Maeliosa Tiernan managed everything. This team was amazing and I hope to work with them again.