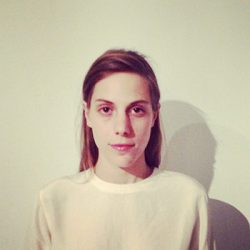 This week I want you to meet Orian Barki – An unsigned director who is one of the freshest voices in documentary filmmaking. She grew up in Israel, where she started her work directing and editing films that were broadcasted on Israeli TV.

The first film I saw Orian direct was about her own love life. Her honesty and her ability to be intimate infront and behind the camera stuck with me. Her style is raw and personal, so when she moved to the US I wasn’t surprised that she managed to create some of the most beautiful portraits of youth culture.

Her short film about young people who are effected by “Sexting” is something that I made most of my friends watch. It is incredibly endearing and illuminating.

Orian, Graduated from Hunter College with an MFA in films. Since then she’s worked as a director and editor directly with Nowness, ID, NY Times, Adidas and some of the leading culture magazines.

Her recent documentary “Destiny” about Bronx rapper Princess Nokia is available on Fader.

I got to ask her a few questions.

1. You seem to have an incredible kinship with teenagers and it shows in your work. What is it about youth culture that speaks to you? And how are you able to capture it in such an honest way?
When I was a teen I was late bloomer – a tomboy, and kinda overwhelmed. I felt like that period of my life went by really fast, and by the time I was ready to be present, everyone around me had already moved on. So I like to go back to teenhood in my films. Creating an intimate connection with the subject is the most important ingredient to me when working on a doc. So I just talk to people and interact on a intimate, direct level, creating a mutual relationship of trust.

2. You’ve worked with some of the coolest young musicians out there today and got very personal-intimate moments from them. What is your process when you come to work with someone that might be defensive of their public image?
As a director, I like being upfront all the way through, about the story I am telling, but at the same time, I do it in a casual way so the subject won’t feel like they need to cater to the camera.

4. Your shorts get commissioned by NY Times, i-D, Nowness, Fader and all the best culture magazines. How do they get to you and do they bring the subject matter to you or do you pitch them your ideas?
If it’s a film I’m directing, I will pitch the idea to the magazine. If it’s a film I’m editing, the production will reach out to me usually after the footage is shot and ready to be cut.

5. Your latest short about Princes Nokia manages to capture a real moment in rap culture as well as her life story in a very short time. How important was it to you to show how powerful she is as a woman?
It was very important! And I knew that the way I want to capture it is not by talking directly about it, framing it into a subject, that begins and ends in a specific time code. I wanted to sprinkle it over the whole film. In everything she does, she is a powerful feminist, in highs and in the lows, and I didn’t want her to explain it and break it down to the viewers, I wanted her to act it and show it.

6. Where can production companies and ad agencies reach you if they’re interested in getting you to bid on project?
They can email FreeTheBid directly to – orianbarki@gmail.com.