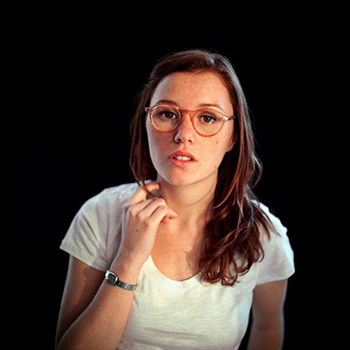 Director Nicole Dorsey (signed to Eskimo) brings an energy to set that’s obvious to everyone she works with.

“It’s a sign of new times when visionary women like Nicole Dorsey can take their seat in the Director’s chair,” said Heather Brooks, VP Creative Director at Groupe Connect, who worked with Nicole on her latest campaign for Bank of America. “Nicole’s unique approach brought a very authentic and human touch to our recent work together. She was a great fit. And as we look ahead to future projects, it’s empowering to know that our options for directors will continue to grow, increasing the likelihood that we’ll connect with the right people to bring our ideas to life.”

Echoing these sentiments, Meredith Verdone, Chief Marketing Officer (CMO), Bank Of America agrees, “Bank of America is committed to supporting women in film.  With all of our marketing and advertising, we aim to reflect the world in which we and our customers live and we cannot do that without including female storytellers.  Working with Nicole was a great experience, and we could not be more thrilled with the end result.”

Nicole Dorsey splits her time between Toronto and LA, directing both commercials and narrative projects. Her work has screened internationally, garnering awards within the United States and Canada. She has many short films under her belt and an original half hour series in development. Repped in both Canada and the US, Nicole makes commercials for clients like Nike, Redbull, Nestlé, amongst others.

We spoke with Nicole about how she creates safe space for her actors to give their best performances, being inspired by Andrea Arnold, and working to prove that women are every bit as capable as men behind the camera. 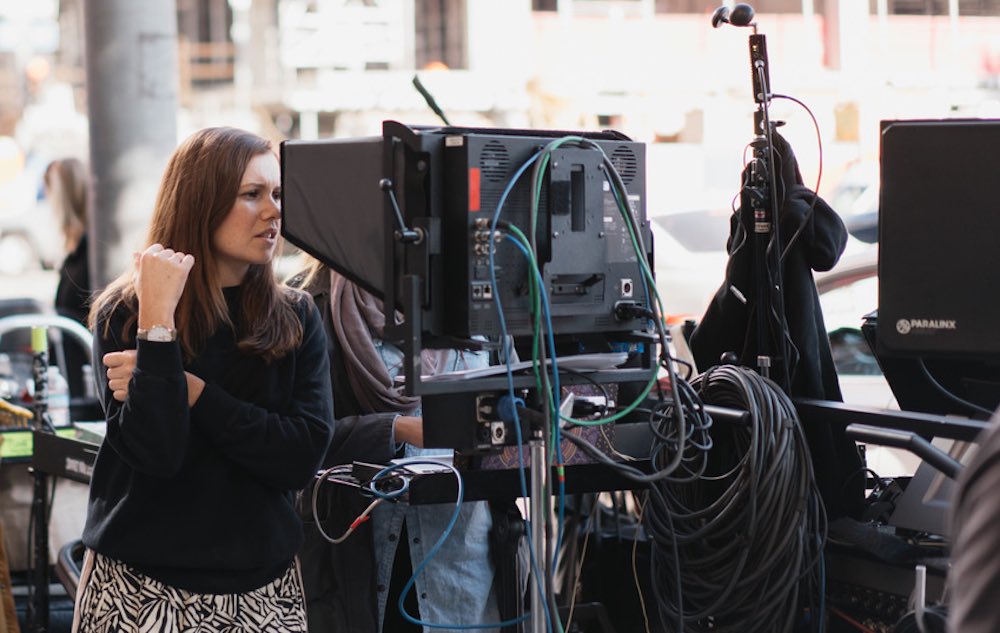 How did you begin work on this campaign for Bank of America? What elements of the project appealed to you most?

It all starts with the treatment- which, of course, happens after you’re invited to bid. There were a lot of moving parts to this one, from a wide variety of locations to several different platforms for the final films. It was a bit of a puzzle and I love putting together the pieces in pre-production. Plus, the campaign mainly follows a couple, so anytime I can weave a narrative and build a relationship between characters, I’m in.

What challenges did this shoot pose? Was there anything about the shoot that was new to you, as a director?

Finding the right locations was definitely a challenge, both for the right look/feel and logistically speaking. There were times of day we needed to hit for the light plus stretches of the city we needed to travel to. Again, it was more of a pre-pro thing to figure out, but we had a solid team and a great producer and AD, so mostly everything was mapped and organized well beforehand.

One thing that was new to me was shooting in a 9×16 format for snapchat. I’d done spots for social and broadcast, but never framed outside your standard sizes. Fitting the action in such a narrow frame was definitely interesting and a new way to look at filmmaking/storytelling.

Tell us about the casting process. What qualities do you typically look for in casting for your commercial work? How do you work with the talent to get the performances you’re looking for?

I like to be very involved in the casting process, especially when in room. I tend to be quite vocal, working with the actors, seeing how they take feedback and adjust their performance. Most of the time I look for their ability for nuance. Can they communicate through subtle, grounded expressions? Do we warm to them? Do they remind us of someone we know, conveying a sense of familiarity to the audience? Commercials are so brief, so I want actors that can let us in to their world in a short amount of time.

When on set, I aim to make it a safe space for actors. Allowing time for rehearsals and discussion before hitting record is helpful. They can voice their concerns and I can work with them, giving background on the character and fine-tuning performance. Some of this usually happens after I’ve given crew direction for setup or while the actor is in processing. When rolling I may do takes in a series, giving the actor room to get into it without continuously calling cut. 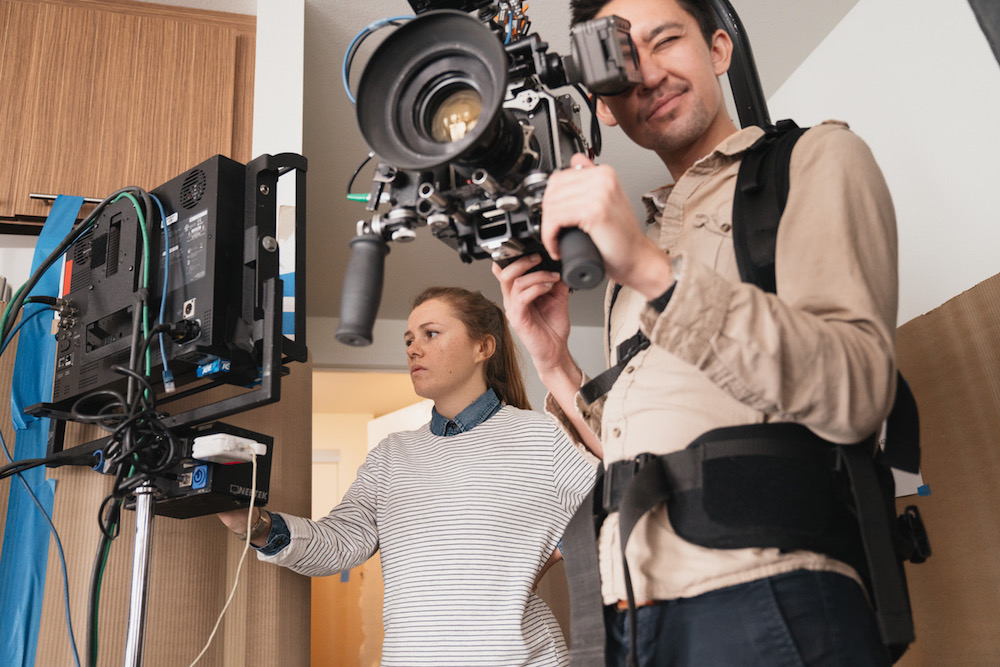 What’s your favorite element of the finished product?

It’s seeing all the pieces finally brought together; sound, performance, visuals. They are all so equally important in supporting one another.

Let’s talk about your career trajectory. Have you always been interested in film? What was your path to the director’s chair?

Yes, most definitely. From the time I was a kid I wanted to make films. I used to take my dad’s video camera and bring over the neighbors to record little stories. From there I became heavily interested in photography and theatre, then subsequently went off to film school in Toronto. I spent a chunk of time working in tv/features, doing almost every role under the sun, but I continued to write and direct my own work on the side, knowing that’s where I wanted to be. A friend of mine worked in advertising and suggested it could be a great fit. I had a couple brand pieces on my reel at that point, which gave me a bit of a headstart to forge ahead in the commercial world. Haven’t really looked back since.

What were some of your earliest film interests/inspirations?

I saw PT Anderson’s Boogie Nights, probably a bit too young, but I was mesmerized by his style of filmmaking. I became a huge fan. The choreographed long takes and care for composition caught my eye instantly. It’s so photographic, yet intimate and charming. Then I saw Andrea Arnold’s Fish Tank. Her ability to capture performance blew my mind. Each character is so candid and vulnerable on screen. It’s really quite something.

How did you find your way to working in commercials? What have you learned from working on commercial sets that informs your short films & features?

My career in commercials started with an intro to my current Canadian reps, Someplace Nice. The execs, Estelle and Chilo, swept me up with a plan to help build my reel and get me off to the races. Everyone needs a champion to get going, and they were mine.

In many ways, I treat commercials sets the same way I do shorts and features. They’re just shorter. But I suppose it might be the very quick problem solving that’s needed on commercials. There’s a lot of people looking to you for answers, so you best be prepared to give an informed answer pretty immediately. 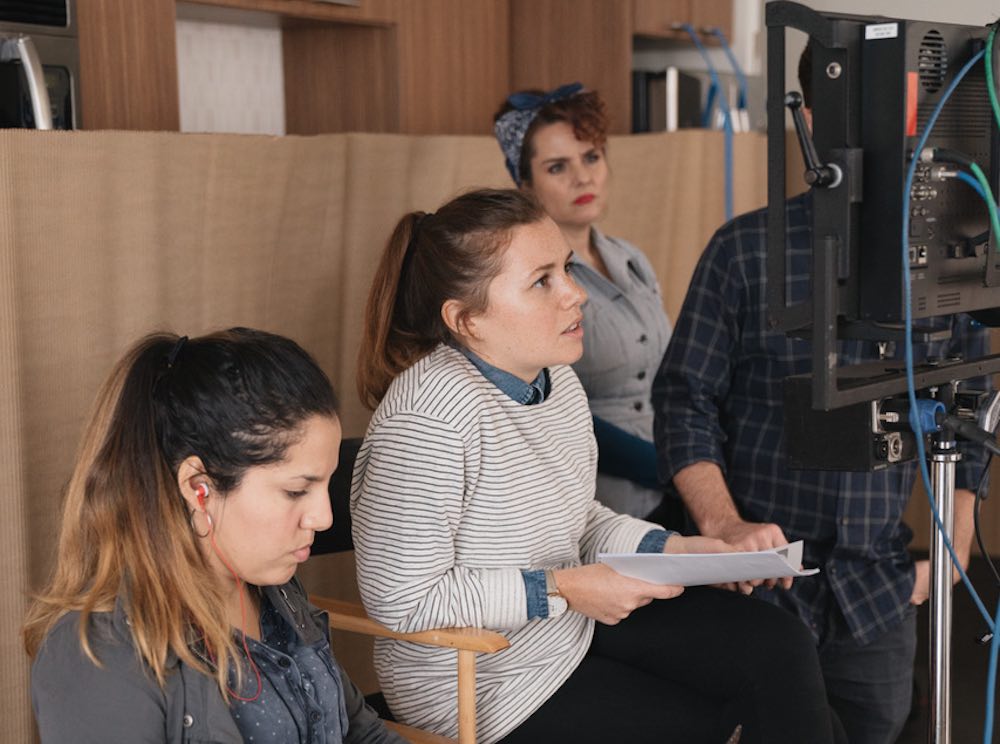 Your second feature, Black Conflux, which took part in the WIDC Story & Leadership Program,  is now in development. Can you talk about your experience with the program?

The program was fantastic for me. At that point I needed somewhere to go with the script and the story development portion, where we studied character, proved invaluable. I left the program, went back home and rewrote one of the protagonists almost entirely. I was also introduced to my producer there. Overall, it was a really important experience to share my work and step out of my little writing bubble for a moment to see my script from another angle.

What work that you’ve made previously are you most proud of?

This is such a hard question for me, as I always feel I’m learning and maturing as a director. Usually my latest works feel like my best, but I inevitably want to do more. As of today, I’m quite happy with BoA, Maple Leaf and Skype. But who knows what tomorrow will bring.

Have you had the chance to work with any other amazing women on either narrative film or commercial sets?

Yes, and I want to work with more. Catherine Lutes is a fantastic DP based out of Canada. I work with a few incredible producers as well, including my friend/collaborator Karen Harnisch. I mean, there are amazing women in every department from editing, to camera, to production design to on-screen. I’ve been pretty lucky but I’m also excited to continue building my roster of go-tos.

What changes you would like to be able to make for women in the advertising industry?

To no longer be referred to as a female director. To simply be known as a director. But in order to get there, we have to be a little (a lot)  more equal. I really do think Free The Bid has been huge in that process, because the toughest part for me was even getting put up for the call, let alone winning the job. Given the opportunity to compete, I’m now booking. And with each and every job I think to myself, ‘show everyone there is no ‘risk’ in hiring a woman. I’m here to do a job and I can do it just as well as anyone else.’ 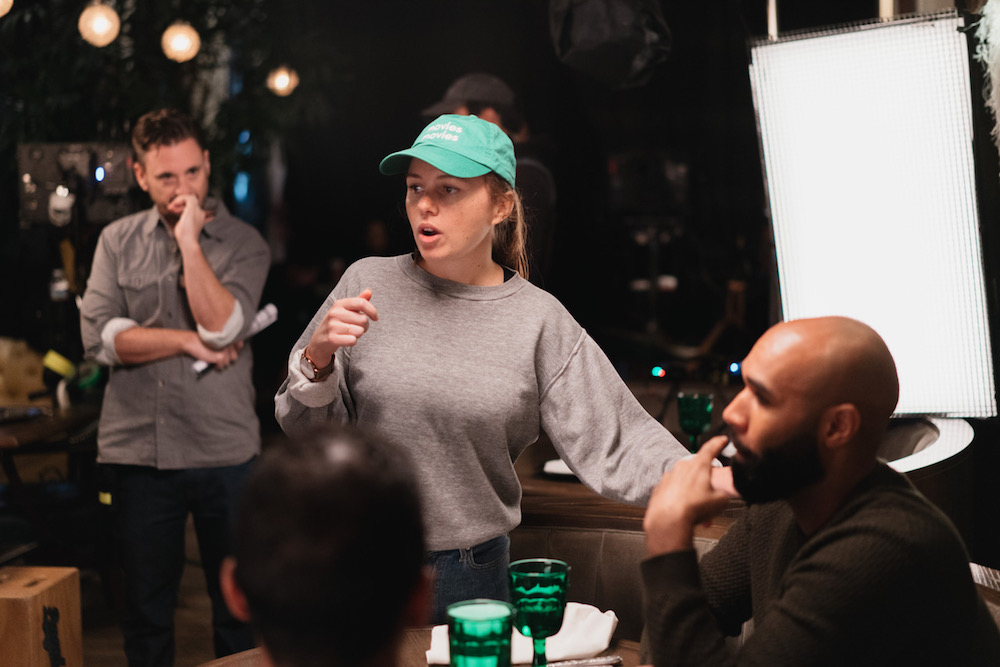 With films like Wonder Woman and Black Panther, we see how important representation is for audiences. People want to see themselves and their stories reflected on the big screen. And that’s been missing for far too long (if not always). It’s not only empowering and necessary, but with films like these we’ve proven that diverse representation is economically beneficial too- unlike what the previous rhetoric would have us believe.

Lastly, what advice would you give to any woman who would like to follow in your footsteps, career-wise?

Perseverance is key. You will be pushed back over and over, but you must remember why you got into it in the first place and keep pushing forward.