Asking questions can open us up to new perspectives; allowing us to engage more fully with the world around us.

Director Nicole Ackermann‘s cinematic spot for The Economist (their first television advertising in 10 years!), created with agency Proximity London and production company Flare Productions @ AMV BBDO, explores the world through the vantage point of a woman whose inquisitive nature, as she grows up, offers her insight into life’s sometimes challenging realities. Framing the story in a series of gloriously lit vignettes, Nicole constructs small moments that instantly evoke the interiority of her lead character, bringing viewers into her world as she grapples with the tough questions.

We spoke to the South African director, signed with Romance in South Africa and Merman in the US, about the pleasure of developing mutual trust between the client and agency, finding lighting techniques to capture her subject’s sense of curiosity, and capturing the perfect shot by lucky accident. 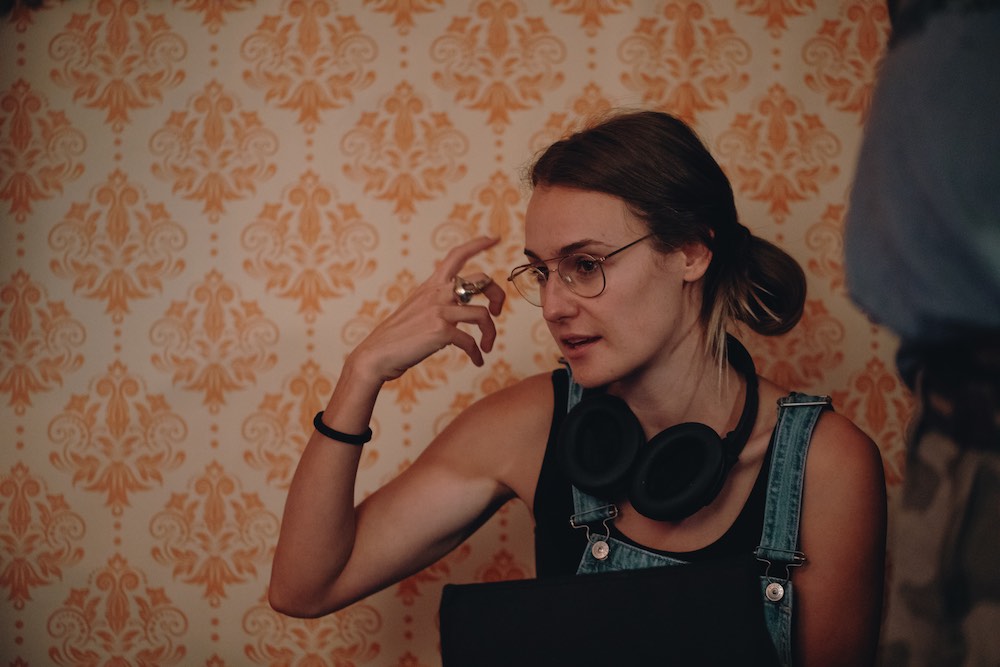 Your spot for the Economist is a masterful piece of short-form storytelling. What initially spoke to you about the brief when it was shared with you?

I immediately loved the story, the premise of ‘question everything,’ really spoke to me. Not only that, it was the type of questions that I thought were so poignant: questioning life after death, the value of formal education vs. life experience, homelessness, etc. It was so refreshing to be able to tackle these issues head on. I also really related to the story on a personal level – I was that child who asked “but why?” all the time…

What unique ideas did you bring to the project?

I suggested that we use the visual of the bird for the death scene. I loved the idea of the wings spread almost mid-flight and what they represented. I wanted a cinematic and thought-provoking visual here. I love that the client saw the poetry in the visual, and were brave enough to embrace it. Besides that, the script itself was so strong, so my approach was just to layer the storytelling and craft the performances to support the narrative. 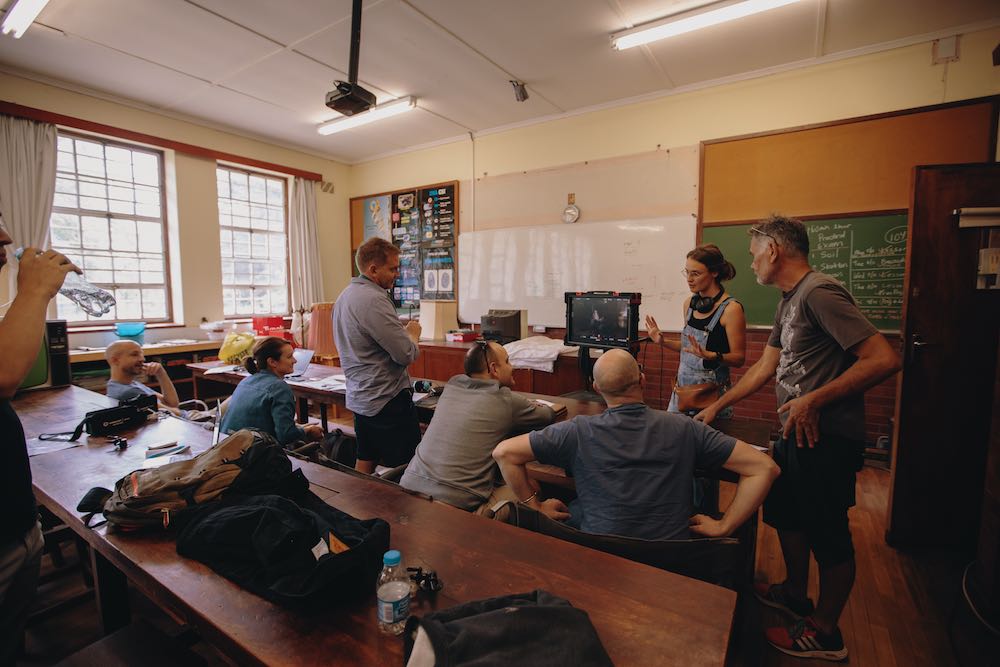 Seeing as this was The Economist’s first TV ad in 10 years, what kinds of conversations were had between you, the agency, and the client on how to bring the client’s voice to life in the film?

We spoke a lot about the script – understandably, it was important to the client that we asked the right questions and covered a range of issues. However, I was also given a lot of creative freedom on this project. It was wonderful to have that level of trust from both client and agency.

What were your ideas for the aesthetic of the piece?

For the initial scenes, I wanted to try and capture that childlike sense of wonder, so we shot low to the ground, and tried to craft the language in a way that captured how a child sees the world. As our lead got older, we lifted the camera to a more “adult” level. We also chose one key color palette, but developed it as time progressed. As her questioning got deeper, so did our colors.

Adam (the DP) and I had a lot of conversations about the lighting. We wanted to keep the attention on the eyes to capture the curiosity of our character, so we chose to go front lit, creating interesting shadows that highlighted the eyes. The idea was that the light itself had a “curiosity” to it: we wanted the light/shadow combination to feel like it was questioning, never certain, always curious. 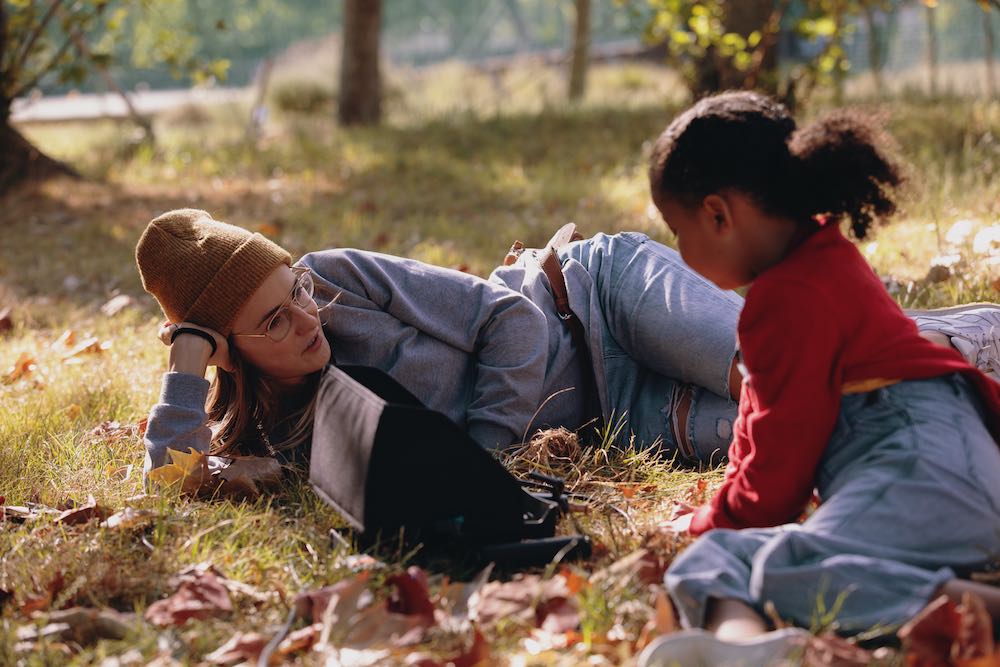 The lighting choices are particularly evocative for conjuring up each individual time period! What other filmmaking techniques did you employ to capture the feeling of each time and place in a matter of  moments?

Lighting definitely had a key role in creating a mood for each scene. We also had a close up moment that we returned to in each scene – Adam and I called it our “curiosity shot,” a wide lens pushed in close to really capture that sense of questioning in the eyes. We tried to translate that language to the boy in the classroom at the end, to give the sense that she had passed her “curiosity” onto her students. In the end, we didn’t end up using his close up, but we lit his eyes in a similar way.

Did the shoot pose any challenges? Were there any memorable moments on set?

We shot this all in one day, so that was a bit of a challenge! We had to plan really carefully, and dressed the key sets the day before. I had an incredible team who took the time to really understand what I wanted, and to be honest, that made all the difference. I think the most memorable moment was probably the opening scene with the baby. We decided to shoot that first: we had 3 babies on set, and I was really worried that I wouldn’t get that performance from an 8 month old! But that little girl was totally captivated by the “Jack in the box,” and she gave us the most animated performance – take after take! I’m so grateful for that! 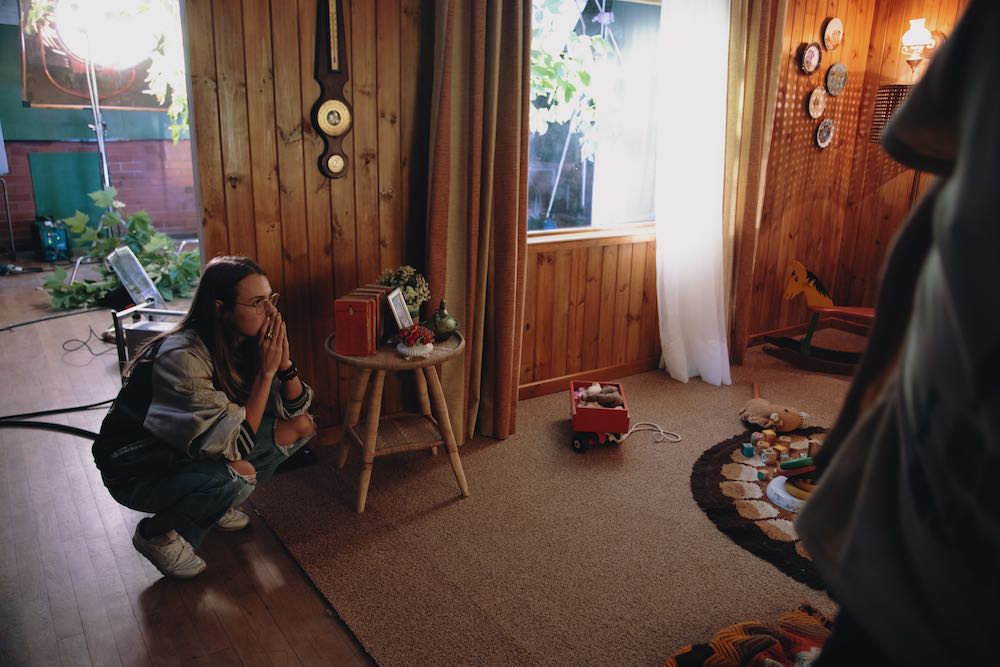 Did this film push your technical abilities in any new ways?

We shot this job in quite a classical way, so the challenge wasn’t technical, the challenge was more about getting meaningful and authentic performances in the time we had. But we managed to find incredible cast – especially the little ones. The piece demanded performances that were definitely beyond their years. But all the cast were so invested and co-operative on the day, it was amazing.

My favorite moment was a happy accident – the actress on the bus looked into the lens between takes and at the same time a light flashed behind her on the street. My editor Graham decided to use it in the cut and I think it makes for a really powerful moment of directness. I really love that – we planned this shoot out so carefully, so it was truly magical to get a surprise that like in the edit. 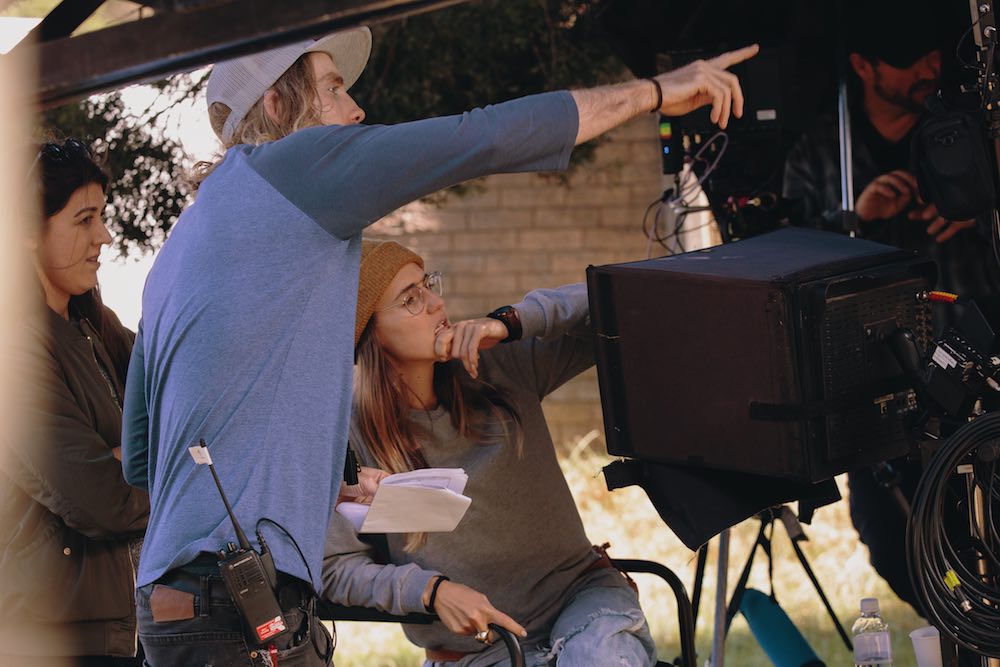 As a woman director, what are you most looking forward to in 2019, both for your own career personally and for women directors in general?

I have just signed with Romance in South Africa and Merman for representation in the US, and we already have a couple of jobs underway, so I am really excited about that!!! The level of support has been amazing (the connection came through Free the Bid – so thank you ladies!)

I think it’s a very exciting time to be a woman director. I feel so much support from the ground up, especially from fellow women. There is such a beautiful sense of sisterhood developing, it’s really heartwarming and inspiring. 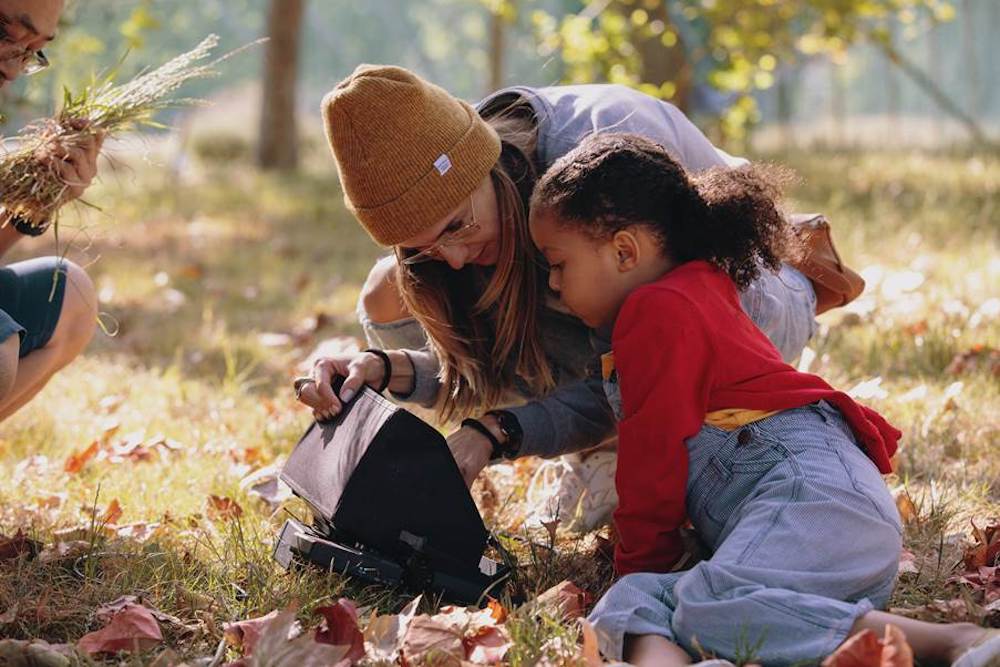 Behind the Scenes Photographer: Aimee Pozniak