“Bet Ain’t Worth the Hand,” is about the human desire to connect to each other in a world were people feel isolated through technology, expectation and fear. In this video, Natalie’s lens captures the singer unable to feel grounded as he floats through the disconnected, lonely lives of our characters. Bridges sings about the pull of his life, and his career, tapping into an increasingly common feeling of disconnection from each other and ourselves. The video leaves us wondering what may linger in loss and regret if we are not able to be present to the relationships around us. 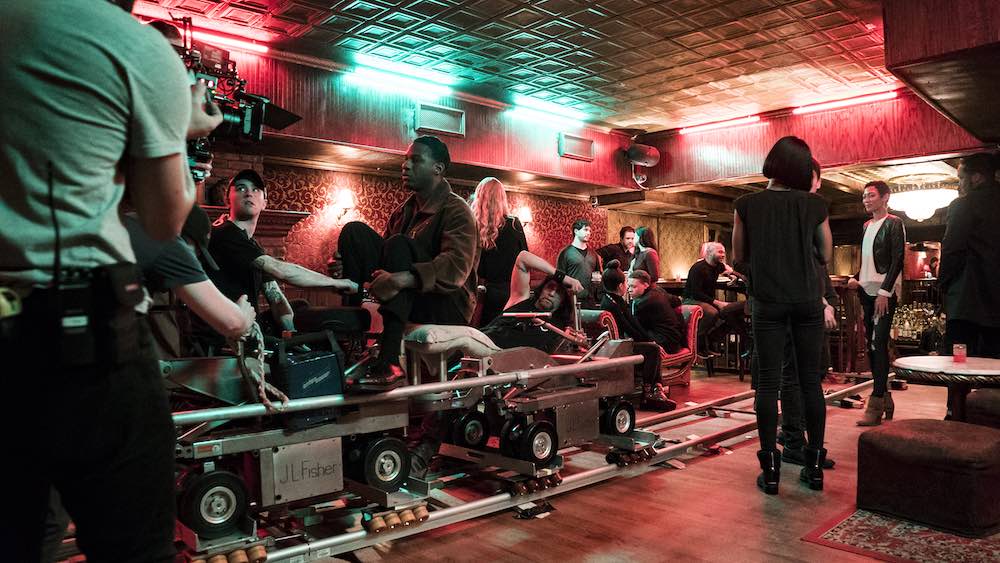 We had the chance to speak with Natalie, in an exclusive look into the process of crafting the powerful visual for “Bad Bad News.”

“I worked on the initial concepts with my brother Miles Jay, who directed Leon’s last video “River” and they wanted to build on the creative base they started. They asked me to join this time and bring my perspective to the new concept. We’ve all been touched in our own ways by the affect our current political climate has had on women in this county. And conversely, the way women have also been able to rebound with unprecedented momentum in movements like #metoo. All of us agreed, no one has turned bad news into a good thing like women have the last year. As the main message of the song, the alignment seemed perfect. 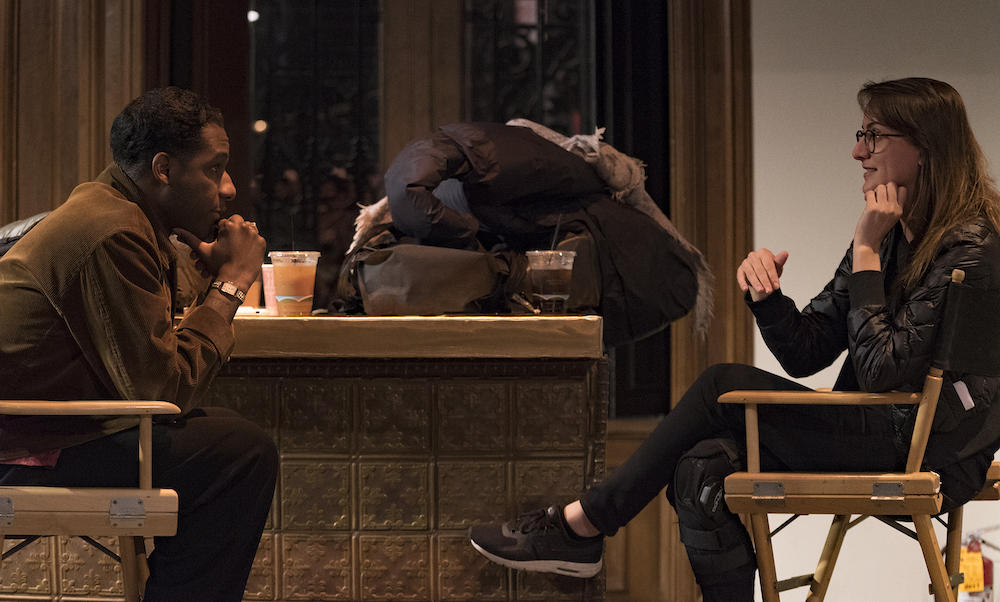 Having different perspectives and experiences navigating it, it seemed like an amazing opportunity to tell a story about sexual harassment from both a male’s and female’s perspective. On one hand, we have Paloma, a women who has been very outspoken about her body image and having dealt with years of torment, has now been able to turn that into her entire career and become one of the worlds most respected and celebrated plus sized models. She told me how much this video concept resonated with her and we worked together at illustrating the complex emotional roller coaster one goes through when you get cat-called or publicly harassed. Fear, shame, anger, frustration, sadness, loss, forgives – sometimes all at once!

On the other hand Leon was inspired to show an underlying support, how could he propel momentum? Not only does Leon have his own story about his own struggles that were the origin of the lyrics “I was told I was born to lose, but I made a good good thing outta bad bad news.” But how could we express the solidarity he felt was important? Miles loved this quote from Alice Walker: “Hard Times Require Furious Dancing.” This would be the way to bring the stories together. Leon will mirror the moves of Paloma on her course, and support her from afar letting her guide the way. So on many levels this was a really special collaboration about what men and women can do when they unite on something. That’s definitely been the most rewarding message and personal part of the video for me. 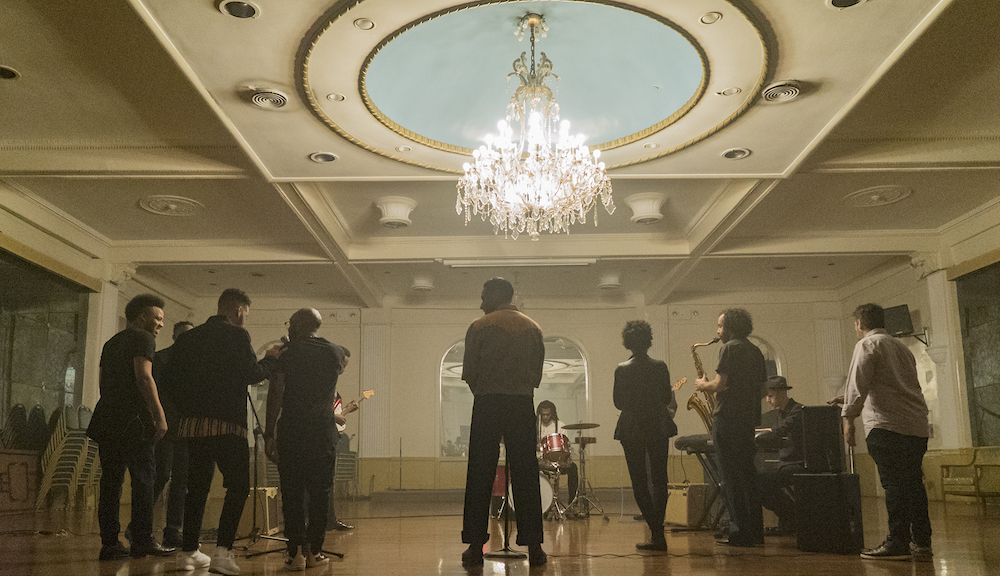 The shooting was intense and amazing. Steve Annis, our DP, is a legend and I was so thrilled to have him on board and shoot on 35mm. On set, Leon brought a new energy none of us had seen before! All of his dancing was his own improve and the room was ALIVE! What’s kind of amazing is that Paloma worked with a very talented Choreographer Wynn Holmes, to develop movement around the emotions want want to channel the story through. And even through they were shot separately, they brought so much authenticity of their own to the performances – the connection between them is so strong.

Excited to be getting it out into the world and so grateful for every passionate talented person who worked on it. It was truly the best team I’ve ever had!” 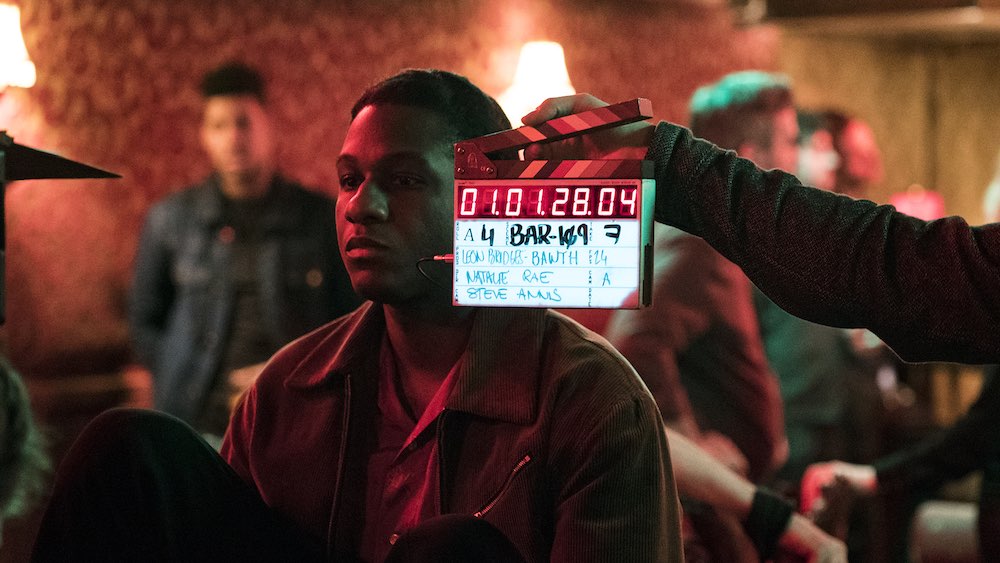