Sometimes, the only incentive a girl needs to begin pursuing her dreams is to be given a visible reminder of her potential.

Hungry Man director Nanette Burstein‘s latest campaign, “She Can STEM,” showcases how meaningful it can be for young girls to see adult female role models hard at work changing the world. STEM field professionals, including Bonnie Ross, head of the Halo Game Studio at Microsoft; Lisa Seacat DeLuca, distinguished engineer at IBM; Tiera Fletcher, structural analysis engineer at Boeing; Danielle Merfeld, chief technology officer at GE Renewable Energy; and Lucianne Walkowicz, astronomer at the Adler Planetarium, show a group of inquisitive future scientists the magic behind what they do on a day-to-day basis, while simultaneously showing the girls that these jobs are available to them, too.

This campaign’s approach – showing girls that if they can see it, then they can be it – is closely aligned with Free The Bid’s own core ideologies. By showcasing the depth and breadth of ways that women can pursue filmmaking careers, we’re hoping to show the next generation of young women, from all backgrounds, that they have a place on set, and that any role – director, DP, editor, colorist, and beyond – can provide them with the possibility to excel.

We spoke with Nanette about working to capture genuine reaction shots, the female mentors who helped her forge her own career path, and the increase in opportunity that she’s seen for women directors, thanks to Free The Bid. 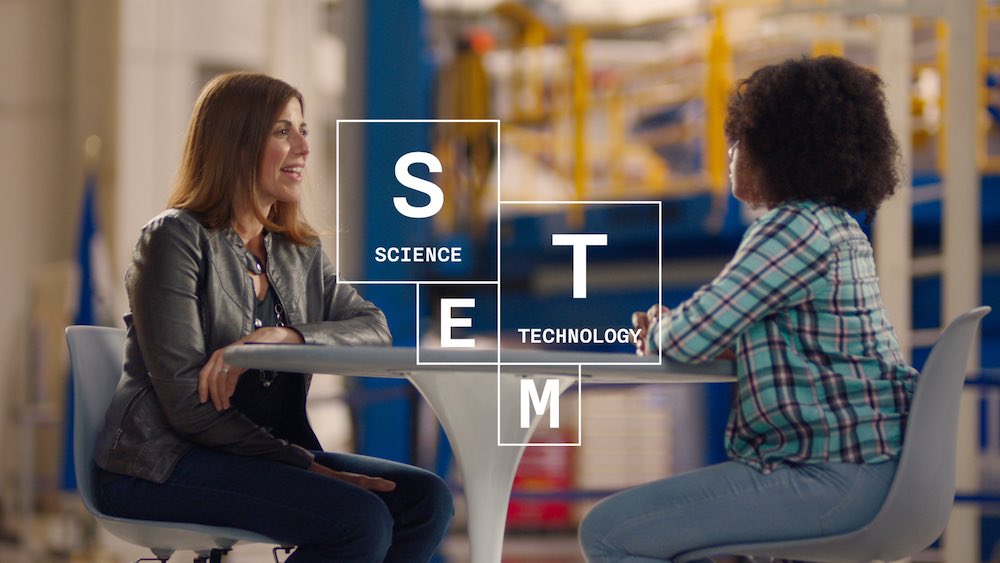 Your “She Can STEM” campaign was created to encourage girls to discover careers in STEM fields by showing them relatable adult role models. How did you initially come on board to work on this project, and what appealed to you about the job on a personal level?

When I was initially contacted by McCann about potentially working on the “She Can STEM,” campaign, I was thrilled to pitch on it. Any time I get the opportunity to work on creative ads about female empowerment, I jump on it. It’s distressing that there is a dearth of women working in STEM fields. I was raised by parents that encouraged all three of their daughters to work in STEM related fields, and we did. Clearly, that is not every girl’s experience. Even more than a lack of encouragement is an absence of female role models. It becomes a vicious cycle. If you don’t see it, you don’t think you can be it. This was a great opportunity to present those role models and get this message into the zeitgeist. Of course, just one ad campaign alone never changes the world, but it becomes cumulative. If we keep finding creative and effective ways to get this message out there, it eventually influences the cultural conversation. I worked with McCann and Microsoft a couple years back on an ad campaign that was also designed to encourage girls to pursue STEM, called “Make What’s Next.” Different creative concept, but with the same intention: changing perception.

Since this campaign was put together by the Ad Council (who are one of Free The Bid’s pledged Guardians), and pledged agency McCann NY, in collaboration with General Electric, Google, IBM, Microsoft and Verizon, what was the creative process like from your perspective as director?

The process was similar to most commercial campaigns. I had initial discussions with McCann about creative approach. I presented a treatment with my vision and process. They dug it. We were all on the same page, and inspired by how to pursue this. It was crucial for me to create an authentic tone. I also wanted to make each film feel almost like a magic show- the girls were taken on an unexpected visual journey that impacted them, and more importantly, would impact the millions of other girls who may see these ads. Then of course, casting the girls and the female role models was critical to the success of that campaign.

McCann and Ad Council were great partners on this. We were all there to make something great that could cut through the noise. 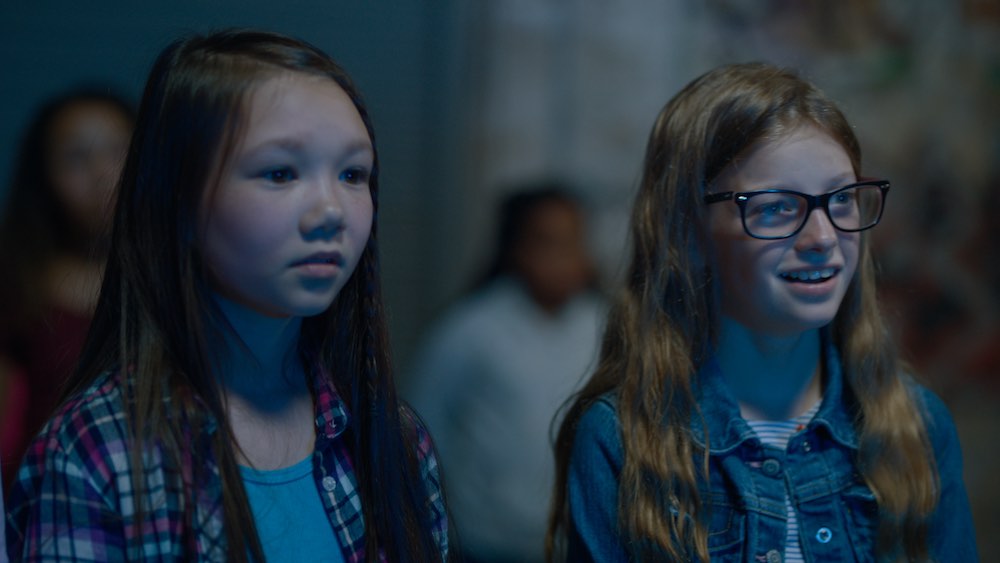 How were the girls who participated in the videos chosen?

Because of a critical location, we needed to shoot and cast in New Orleans. We worked with a local casting director to bring in girls from all over the city from ages 9 to 13 – some with an interest in acting, but mostly girls with little to no acting experience. We asked them a series of questions designed to draw out their personalities, learn about their passions/hobbies, their future career ambitions, and find out if they had any interest in STEM. Most of the girls we cast liked some aspect of STEM, but most did not ever imagine they would pursue it as a career, other than being a veterinarian. Several girls wanted to be veterinarians. One girl wanted to be a coroner. Strange. I also learned that every girl makes slime, and the hot video game is Fortnite. The things you learn on the job…

I wanted girls that had warm personalities, an innate curiosity, natural charisma, and wear their hearts on their sleeves. So much of the story was reliant on their facial expressions, so they needed to be expressive.

Tell us about the shoots themselves – what was the experience like on the day? What were some of the highlights of shooting the footage?

The night before the shoot was one of those times where everything than can go wrong does. We were building a set that was like a Halo fun house. The projectors that featured footage from the Halo game were not working. The wrong set pieces were delivered. We also found out last second that there was a mix up and we may not have licensing rights to some footage we needed to screen. Welcome to production. You stay calm, you figure it out, and you don’t get much sleep. We fixed everything, thanks to some tireless producers. But I came to set that morning sleep deprived and stressed out.

The shoot itself was magical. The girls were incredible, genuinely moved by their experiences. The women we featured were badass and a joy to direct. They were comfortable on camera even though they’re not actors.

We didn’t tell the young girls anything about the shoot. They didn’t know what they would be doing, or seeing or experiencing. We wanted everything to be fresh and real. The trick was keeping the twist hidden. At NASA, we had to blindfold them so they didn’t see the room right around the corner where the rocket was being built until it was time to film. I wanted their real reactions, and they turned out to be priceless. Also for the STEM superstar ladies, we didn’t give them scripted lines. I gave them a sample script that morning, as a guide, and just had them riff the entire time. I would feed ideas or lines as needed but they would say it in their own words. I also rolled on very long takes that would allow natural banter between the women and girls. 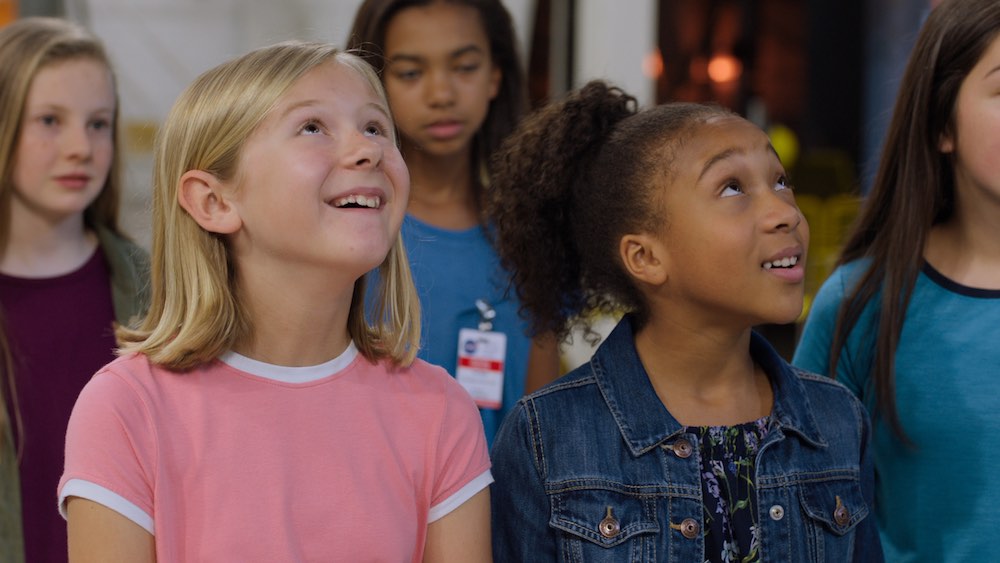 Did the shoot or the locations pose any unique challenges for you as a director?

Whenever you work on PSAs, the budgets are tight. Since time is money, there never feels like enough time. But ain’t that always the case. If directors could get away with it, we would shoot 20 hours a day and never break for lunch. Apparently no one else wants to do that.

What was particularly challenging on this shoot was filming at NASA. This was the first time they allowed filming at this facility. They agreed because of the subject matter, but were nervous about it, since they are currently in production on the first rocket to take humans to Mars. Given the extreme sensitivity of their work, there are a lot of rules and they don’t mesh well with a fast-moving, efficient production. For example, if a crew member needed to go to the bathroom, they required a NASA escort – there were 50 crew members, a 15 hour shoot day and only a couple escorts. Complicated. We were incredibly appreciative that they allowed us to film, and understood we had to play by their rules, but it made it tough. We drove them crazy. 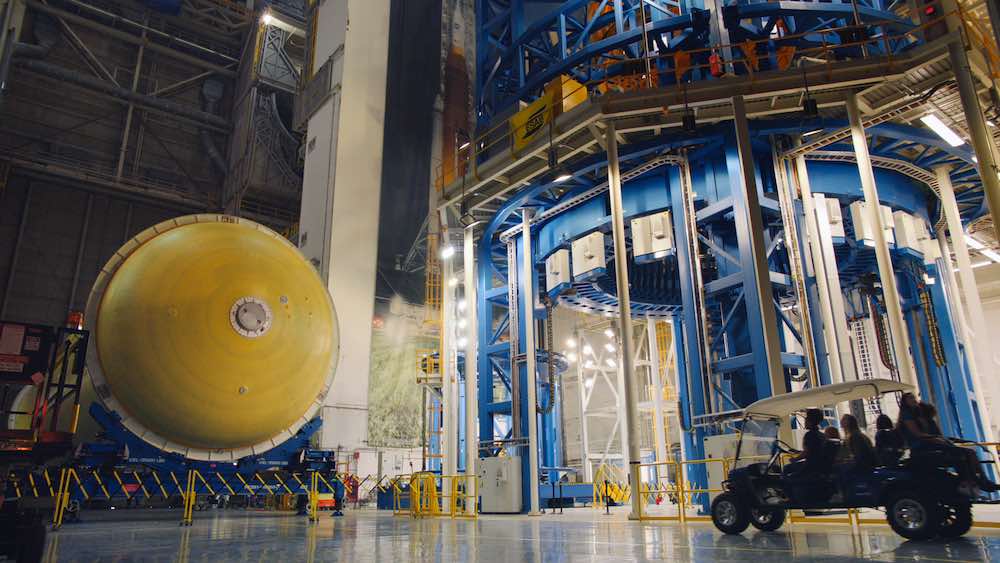 Above all, what ideas do you hope girls watching the final spots come away with?

I hope they come away with a different perception of STEM. It can be hard to understand the real world application of middle school math and science. In these ads they learn that if you stick with STEM, one day you can have a fascinating career, like being a storyteller or designing the first rocket that takes humans to Mars. And they see female role models. Hopefully they think, if she can do it, so can I.

You’re an acclaimed (and Oscar-nominated) documentary filmmaker, known for feature docs such as “American Teen” and “On The Ropes.” How do you find that your documentary background & sensibilities inform your commercial work?

Obviously working in documentaries, I always want my films to be authentic in every way possible. They are subjective with a POV, but I want them to be honest, which is complicated in non-fiction filmmaking. That challenge of striving for “reality” and “truth” are some of the sensibilities I bring to my commercial work. All of my ads have an authentic tone. They could be emotional or humorous. They could be with actors or real people. My doc films are also visually diverse. For me, the subject always dictates the style. Having made a lot of films about disparate people, I’ve had the opportunity to explore a variety of visual styles. This experience is very helpful for commercial work. When you get boards, you have very little time to calculate just the right style for that story. A lot of my film experiences have prepared me to figure that out and execute these different styles. 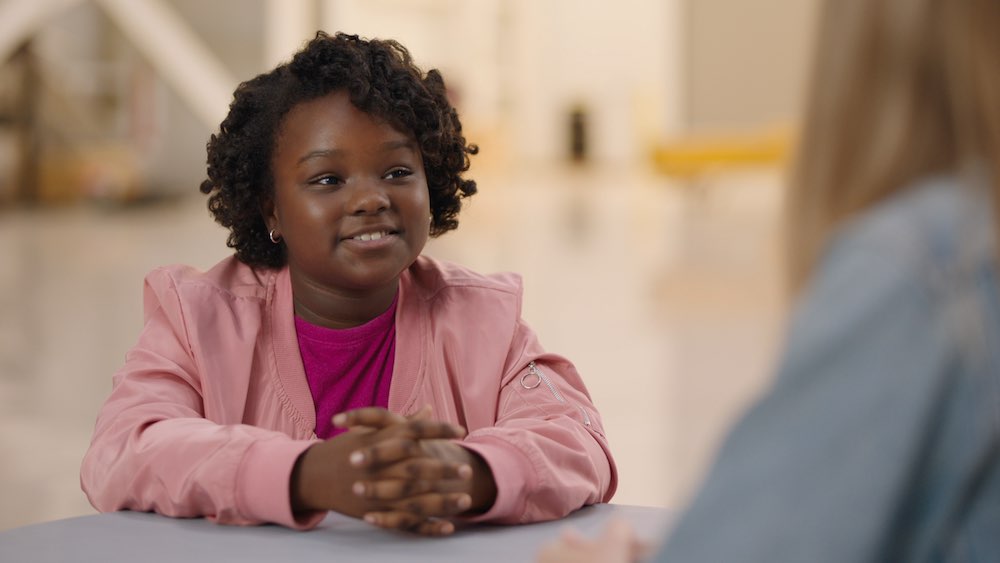 What are some of your past projects that, in your opinion, best exemplify your vision as a
director?

Well, that’s hard to say. This may sound arrogant, but I am proud of all of my feature docs (there’s one I would do differently today but I don’t want to name names). In my commercial work, my favorites would be the Google commercial called “Jess Time,” that is about the relationship between a college girl and her father. In sixty seconds, it’s challenging to tell a layered story with character development and emotion, but we managed to pull that off. I also really like the KNORR ad. We filmed it in the Arctic at a husky dog sled farm. It was about mothers and daughters, dogs, food, and growing up.

Filmmaking, like STEM, is another career path that women are not often given adequate encouragement to pursue. Who were some important mentors who showed you that you could succeed as a woman filmmaker?

I had two female professors that were successful documentary filmmakers (Oscar winners), Barbara Kopple and Christine Choy. Not only were they mentors, but each hired me to edit films for them when I was in my early twenties. Yes, I was cheap labor and worked insanely long hours, but it was still a leap of faith for them. I owe them a lot! 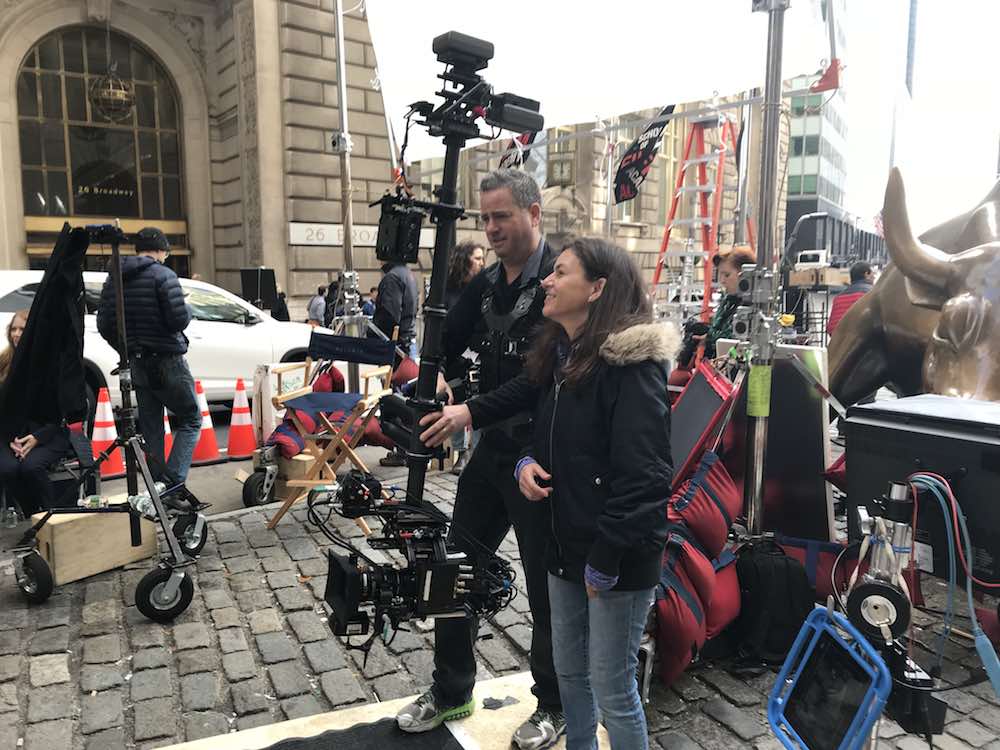 Do you see more opportunities for women in film now than there had been previously?

Definitely. The biggest change I’ve seen is in television. There are so many more female directors, show runners and writers. It’s an exciting time. More than ever, we get to see a woman’s POV. I’ve seen changes in the commercial world too, especially in the last couple years. Free The Bid is really helping. The times and perceptions are changing. Not as fast or as much as we would like, but we need to keep pushing for it. It just makes sense. Many women are gifted directors, so companies should take advantage of that talent. Duh.