True allyship means showing up and doing the work, and that is exactly what Imagine Dragons frontman Dan Reynolds set out to do when creating the LoveLoud Festival in Utah, to address the drastic rise of LGBTQ+ suicide rates within the state.

Created in partnership with LoveLoud, AT&T and agency Madison & Vine, Honor Society director Molly Schiot shot a six-episode campaign called “Turn Up The Love,” aiming to bolster the pride-centric mission of the festival. In each episode, Dan sat down with an influencer whose experience represents a different facet of the queer community, and spoke with them about coming out, self-acceptance, and far beyond. “If you believe that you can overcome adversity and challenges,” urged drag superstar Shangela, “that’s the first step!”

Alongside promotion of the festival, a major goal of the the “Turn Up The Love” campaign was to support the Trevor Project, a non-profit organization founded in 1998 focused on LGBTQ+ suicide prevention. The LoveLoud Festival took place on July 28th, and was a massive success – raising over a million dollars for LGBT charities, including the Trevor Project and the Tegan and Sarah Foundation!

The Governor of Utah, Spencer Cox, also issued a proclamation that July 28th would henceforth officially be celebrated as LoveLoud Day in Utah. “The LoveLoud Foundation offers hope and resilience to young people by letting them know that they are not alone,” the proclamation states, “and fosters a culture of hope, unconditional love, understanding, respect, acceptance, and inclusion.”

We spoke with Molly about making use of every minute on set, the difficulties of coaxing authentically intimate conversation from subjects in the presence of a huge crew, and her pride in creating meaningful work. 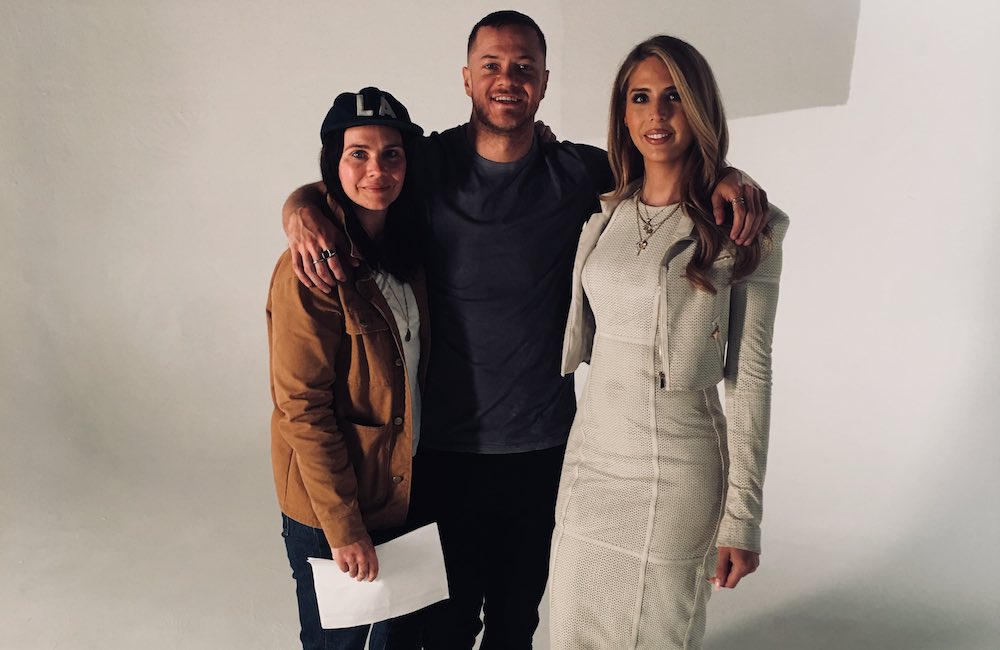 What initially attracted you to working on this project? What elements of the series were most exciting to you, as a director, when you first signed on?

I was sitting in the Salt Lake City airport when I hopped on the kickoff call, which seemed strangely serendipitous. While I stared out onto the tarmac, a giant rainbow pushed its way out of the sky from a bad storm that had been wreaking havoc on the city all day.

On the call, I learned the suicide rate among LGBT youth in Utah had tripled in the past 10 years. Dan Reynolds, the lead singer of Imagine Dragons, has created a music festival called LoveLoud to bring awareness to this epidemic. This is a festival which basically targets the Mormon Church to be vocal about accepting LGBT youth, as opposed to their hateful and very close minded views on the LGBT community. The festival was aiming to raise 1 million dollars for LGBT charities such as the Trevor Project, a suicide hotline for LGBT youth. Dan’s new mission in life is to urge leaders of his faith to stop shaming their LGBT members. To be able to even be part of this project for a millisecond was exciting to me.

Can you talk us through your pre-shoot process? How did you prepare for the conversations between Dan Reynolds and the various guests for each video?

Dan had to have a conversation with each of the influencers, and we had to figure out an organic way in which to open each spot. I have to be honest and say I had not heard of any of the influencers (who have millions of followers on social, BTW), so I had to do some deeeeeep binging on Youtube and familiarize myself with them all. That ended up being the best nugget to steer conversations when they got a little stuck. They were: Jordan Doww, Kalen Allen, Shangela, Carmen Carrera, Alex G, and Alexis G Zall. Each of these people have a unique attribute they are known for, so our focus was on highlighting that aspect. The prep work was really just connecting with them and figuring out exactly how we were going to open each conversation so they stood out, and close each conversation so it had a strong button. 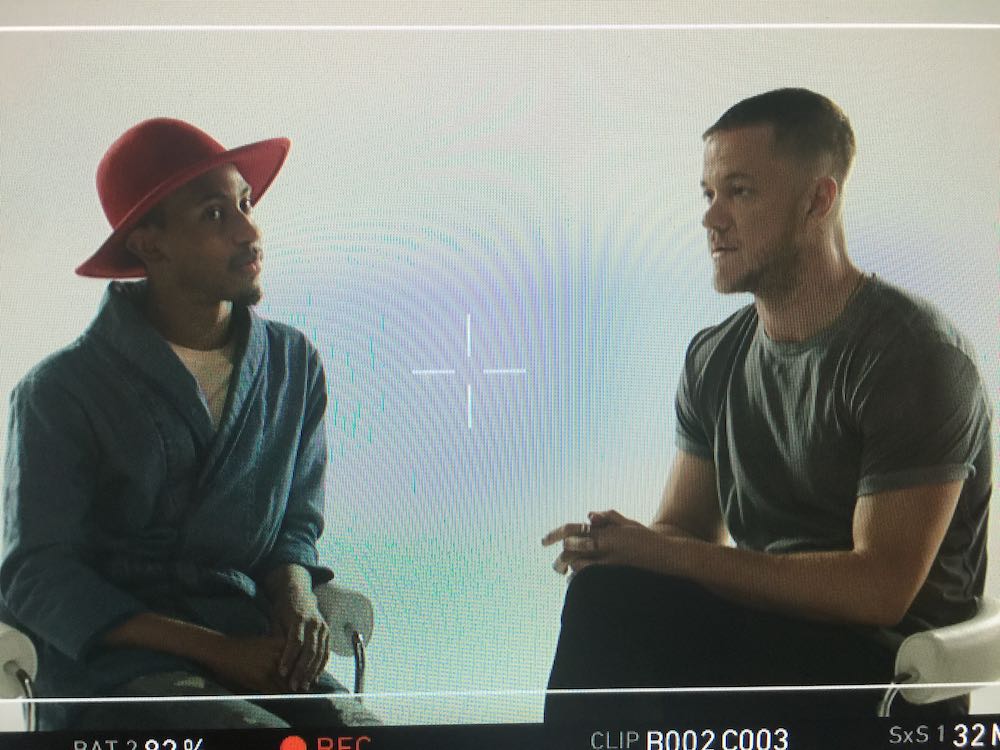 How long did the shoot last, in general? How long did you have to shoot each conversation?

This was the hardest part. We had 7 hours with Dan. The poor guy had one day off and he devoted it to this beautiful cause, so each minute became incredibly valuable. We shot at Mack Sennett Studios, and Mego Lin (one of my favorite DP’s) had to set up when it was pitch black outside because we didn’t have a prelight day. 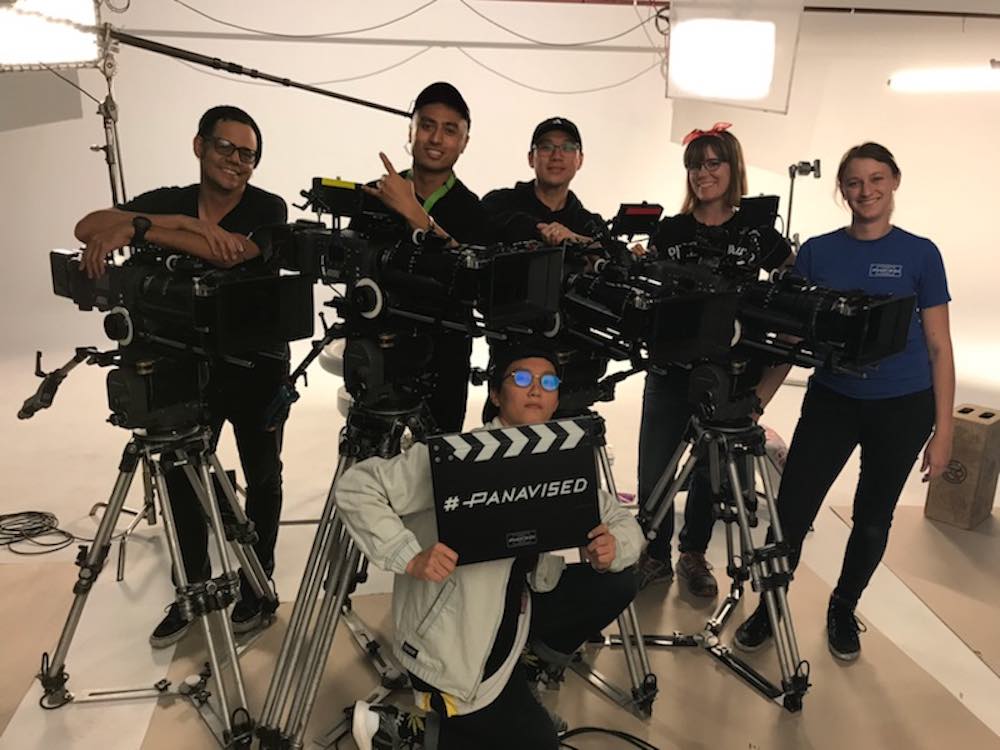 Did the conversation flow naturally? Was there anything that you did to make the situation more comfortable, in order for the guests to feel free to open up?

Each guest had to walk on set with blasting bright lights, on a massive stage, mic’ed, with the client, agency, agents and managers all hiding behind video village. They would sit down with Dan, one of the number one artists in the world, and just talk about incredibly vulnerable things. I think strategically the absolute best thing you can do is sit for 5 minutes with them beforehand, talk about how you want to make them feel comfortable, and how awkward it is to be spilling your guts in front of 100 people. I then created a wall so they couldn’t really see anything going on, and I positioned myself on an apple box right in front of them so it became an easy way to steer the conversation. You have to make people feel comfortable and safe, otherwise you come up with nothing. 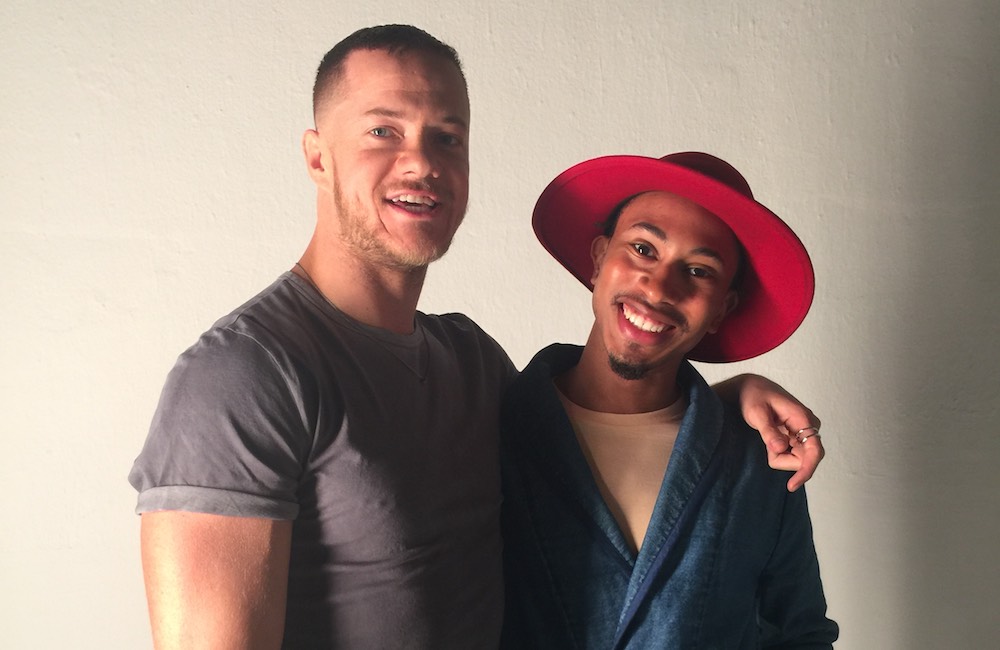 What were some of your favorite moments from set? Were there any great moments with the guests that didn’t end up in the final cut?

My favorite moment on set was this moment before lunch, where I was staring at this white, straight, father of three young girls, who literally had one day off in between the Stanley Cup and going out on tour, and knowing he did not have to be here. He isn’t a gay man. I was staring at someone who chose not to be complacent so he could create true change to literally save lives of LGBT youth. I have so many straight white progressive male and female friends that continuously say they need to “take a break from
the news” or “they are not that political of a person,” because they, at the end of the day don’t want to to feel stress. Or they find news depressing. This guy made the time.

What aspects of the final series are you most proud of?

I am proud to create work that is meaningful. 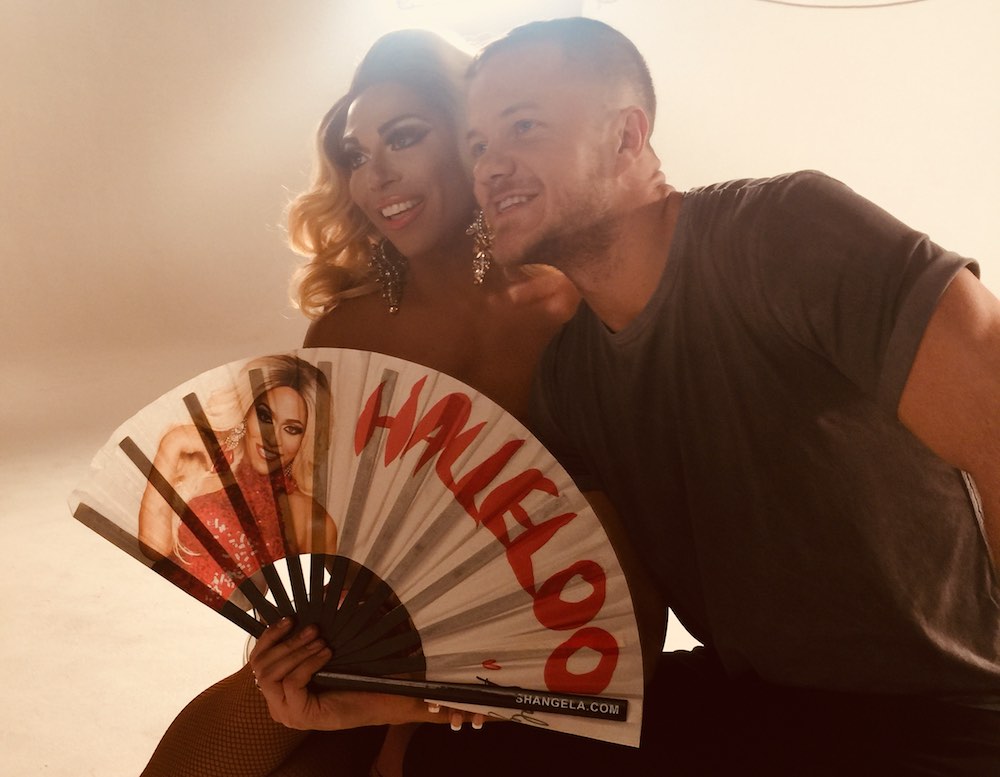 What other projects have you been working on recently?

I currently am working on creating a series with Annapurna and Serena Williams to share women’s stories, because without representation, these stories get lost.

In conclusion, what are some of the best pieces of advice that you would want to pass on to aspiring women directors?

I think if you can’t do a job or need to pass on a job, you must make it obligatory to suggest another women or a person of color for the job. It’s really easy. “I am so sorry those dates are conflicting but please look at my friend Mego Lin’s work. Here is her website. Look forward to working with you in the future! Thanks, Molly Schiot.” Until the ridiculous uneven playing field statistics change, than there is no excuse in my mind to not support and encourage women and POC.