When women are absent from positions of power, the conversations about our bodies and our rights become downright absurd.

Director Megan Park at Prettybird shows just how dangerous this brand of ignorance can be, in two PSAs created with pledged agency Pereira & O’Dell for nonprofit organization IGNITE. The spots illustrate real quotes from male politicians, recontextualizing them within real-life scenarios to accentuate their sting. Simple and powerful, these PSAs pack a punch, aiming to inspire young women to vote, run for office, and fight back against the fact that 78% of elected officials in the US are men.

Megan Park is a Canadian born actress, known for her critically acclaimed, award winning roles in numerous hit television series and feature films. Park’s directorial debut was in 2016 when she wrote and directed the short film, “Lucy In My Eyes” which premiered at the 2017 Austin Film Festival and won the Grand Jury Prize for “Best Short”. The film is now currently in contention for an Academy Award nomination. She recently co-wrote and co-directed a web series titled “We’re Adults Now” with Canadian writer Katie Boland. Megan also works as a director for Prettybird in LA and the UK and has directed several music videos which have grossed upwards of 50 million views for artists such as Mike Posner, Blackbear, Gucci Mane, and Billie Eilish.

We spoke with Megan about accessing her inner camp counselor to coax natural performances from child actors, what her experience in front of the camera has taught her about directing, and the importance of supporting other women. 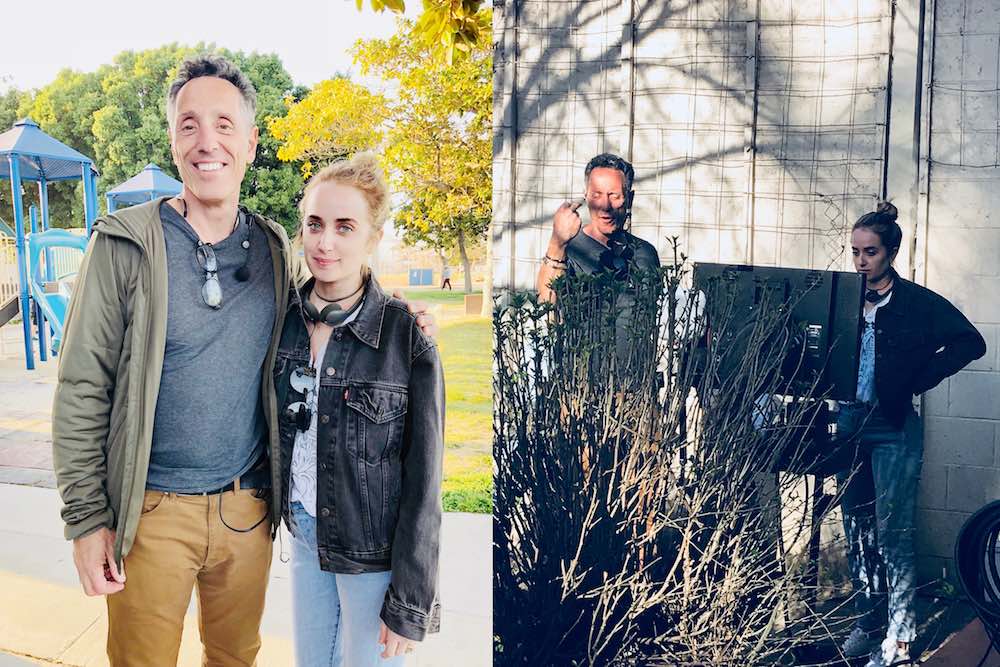 How did the opportunity to direct these PSAs for Ignite come about?

The opportunity came about through the EPs at Prettybird. They thought it would be a campaign I would be interested in, and they were right. As soon as I read the scripts, and learned what IGNITE was all about, I was in.

What ideas did you bring, as a director, to the initial brief? How does the theme of this campaign personally resonate with you?

I think the quotes that these scripts were based around were so powerful already, I just wanted to make sure they stayed grounded. I personally was unaware of these quotes, and although I knew that women were underrepresented in politics, I didn’t know all the statistics and was shocked. Any project where the mandate is to empower women resonates with me, so I was thrilled to jump in. 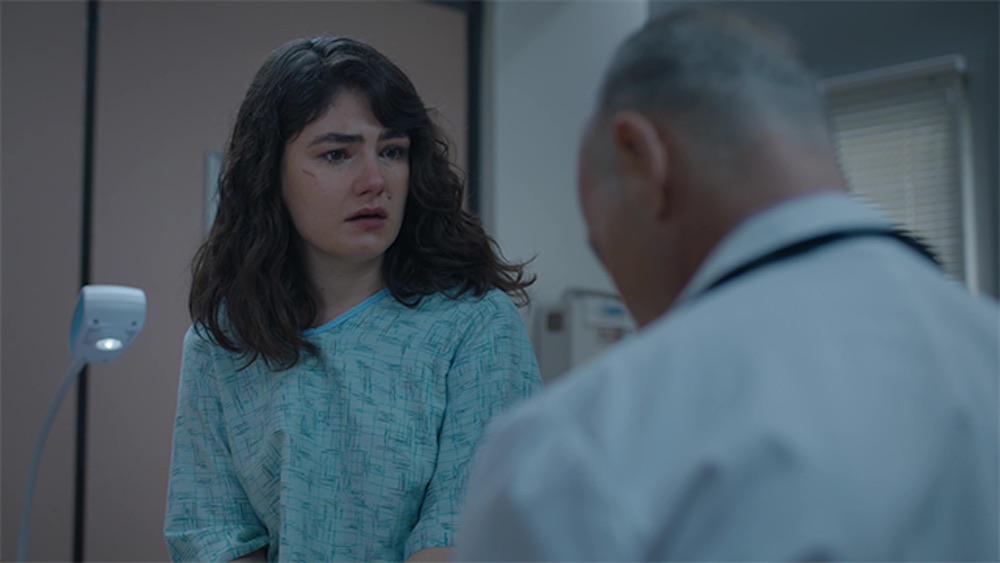 How did you interact with the talent on set to capture the performances you were looking for?

I was lucky enough to have a dear friend Katie Boland lend her gifts to the doctor’s office spot. She’s an insanely talented actor and well-known actress/writer in Canada, where we are both from. She happened to be in LA and was super moved by the campaign, so she said yes. Katie and I have worked together both as actresses, directors AND writers, so we have a pretty solid shorthand. Kids are sometimes more challenging, but I try to keep things playful and low key. A lot of times with kids I’ll just roll the camera without telling them, then talk to them off camera to get a more natural performance.

What choices did you make, from a directorial perspective, to heighten the emotional impact of these spots?

It was all about Katie and Zoey’s performances to me. That was what was going to sell the emotion and hit it home. I knew that visually we also wanted to up the emotion with purposeful framing. Sal Totino was our DP and he was AMAZING. We made sure to get a lot of extreme close up shots of their eyes and long, still, emotional moments to help the story land. It was a less is more vibe from our perspective so that the spots didn’t feel preachy or too dramatic.

What were some of the biggest challenges that this shoot posed?

Time, and probably the soccer stuff with all the boys was the most challenging, just because of lack of rehearsal time. I was a camp counselor at my mom’s summer camp growing up, so I felt like I put that hat back on and was just trying to keep the fun and energy up for them.

What were some of the highlights of working with this team, including Free The Bid pledged agency Pereira O’Dell?

This was the dream team. Everyone was focused on working for the cause, and creating the most powerful message possible. Additionally, I learned so much from Sal Totino. That was a definite highlight. 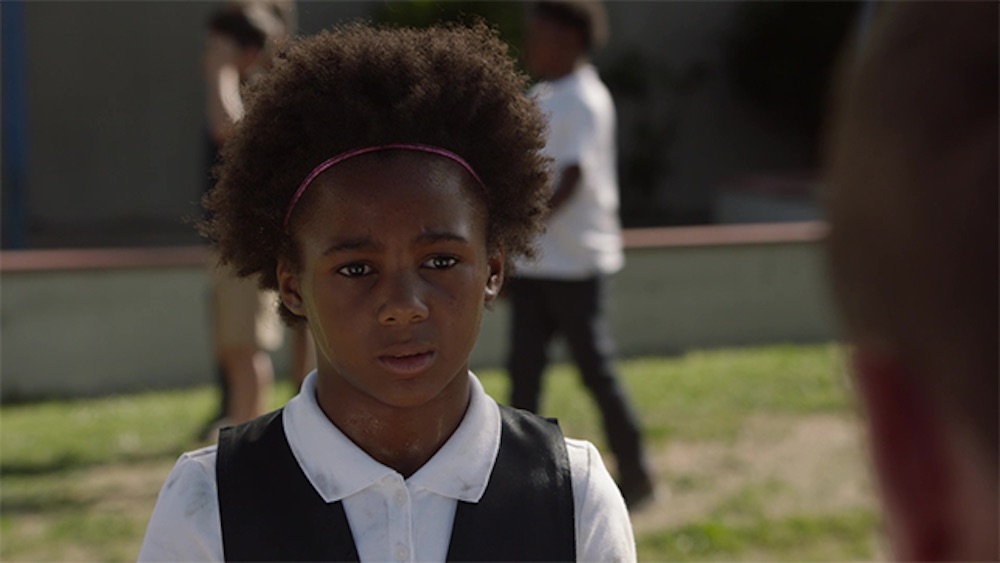 How did you get your start behind the camera – can you talk about your path to the directors’ chair?

I just recently started directing – most of my career has been as an actress. My directorial debut was a short film, which I also wrote, and I was shocked at how well received it was. It won the Grand Jury at Austin Film Festival where it premiered and has won numerous other awards (and grand jury awards) all over the world now. I didn’t realize how much I had learned growing up in front of the camera, especially when it comes to working with actors. After that short, I was hooked on directing.

Can you tell us more about how your experience as an actress influences your approach as a director?

After being in front of the camera for so many years, I’ve worked with SO many different types of actors and different approaches to acting. I think I can understand actors and what they may need from me in a scene because of that experience. I can pick up on what they may need from me on set or how I can direct them in a way that makes sense to them best. I think being an actor first has been my number one asset as a director for sure.

What changes has the industry undergone over the course of your career to foster the work of women directors? What further changes would you like to see?

It has changed SO much. I used to be shocked when I got to set as an actress and there was a female director on set. It was SO rare, sadly. Now, not only am I working with so many more female directors in front of the camera, I truly feel like the possibilities are endless for ME as a director and writer. I’ve been invited to partake in so many female directing projects and mentorship opportunities, and when I go into the room the pitch a project, I really feel like there’s an interest in what I have to say and the female perspective. There’s still a long way to go but I’m excited by the positive changes I see.

It’s imperative that female/diverse/underrepresented perspectives and stories are advocated for and told. For FAR too long these stories have had voices that have not been given an equal opportunity or platform and it’s imperative that change.

In conclusion, what advice would you give to aspiring women directors hoping to break into the industry?

Finish your script. Put it out in the world even though it’s scary. Direct anything. If you don’t have access to fancy equipment (as most of us don’t), use your phone. Just get as much practice as you can and PUT IT OUT THERE. Support, truly support and help your fellow female filmmakers. Shadow women. Mentor women. Read each other’s scripts and watch each other’s films. 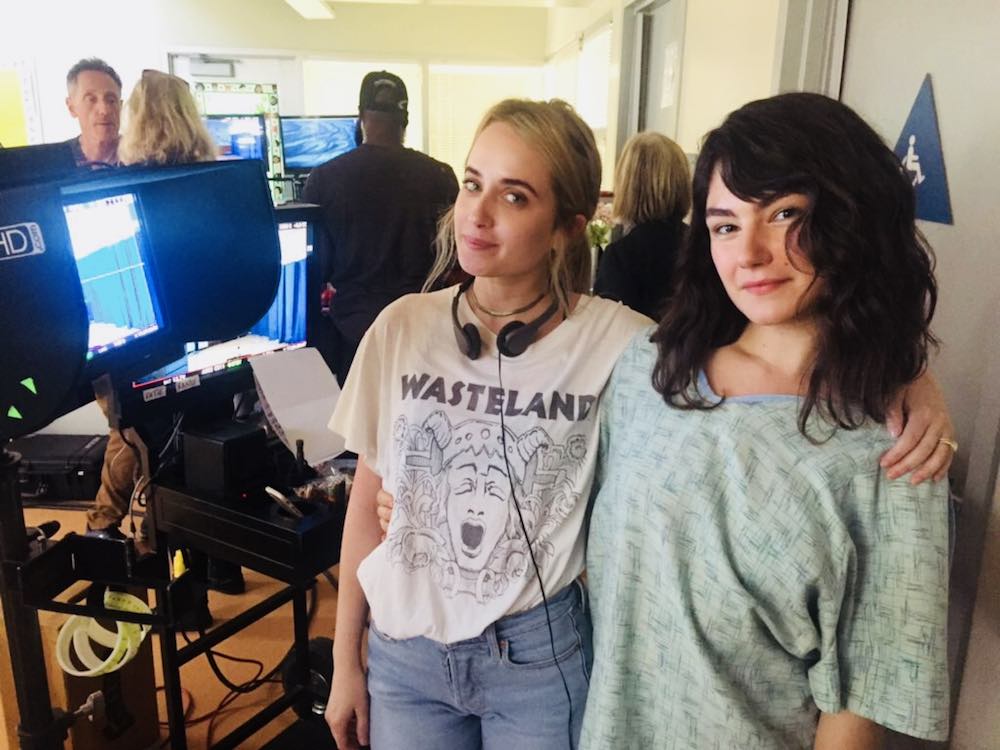