Theorist Kimberlé Crenshaw coined the term “intersectionality” in 1989, stating that “because the intersectional experience is greater than the sum of racism and sexism, any analysis that does not take intersectionality into account cannot sufficiently address the particular manner in which Black women are subordinated.”

Filmmaker Marian Edusei, using Crenshaw’s concept of intersectionality as a guiding force, gathered a group of diverse women with varying/differing experiences at the Lancaster Gate Hotel in London. The women featured may represent different communities, but they share the experience of being marginalized across numerous axes – each experience treatment specific to the intersections of identity that they occupy.

Marian helps to draw out these women’s nuanced, honest accounts, creating a space for safe sharing. “I think that when you talk to someone who’s passionate about the same thing that you are,” Marian observes, “you end up bonding almost instantly, because you can acknowledge and therefore validate one another’s experiences instead of trying to prove yourself or your experience.”

We spoke with Marian about what a relief it was to find Crenshaw’s articulation of intersectional experience, finding real-life examples of stereotypical comments to support the observations of her cast, and sharing her own experiences to build bonds of trust and connection. 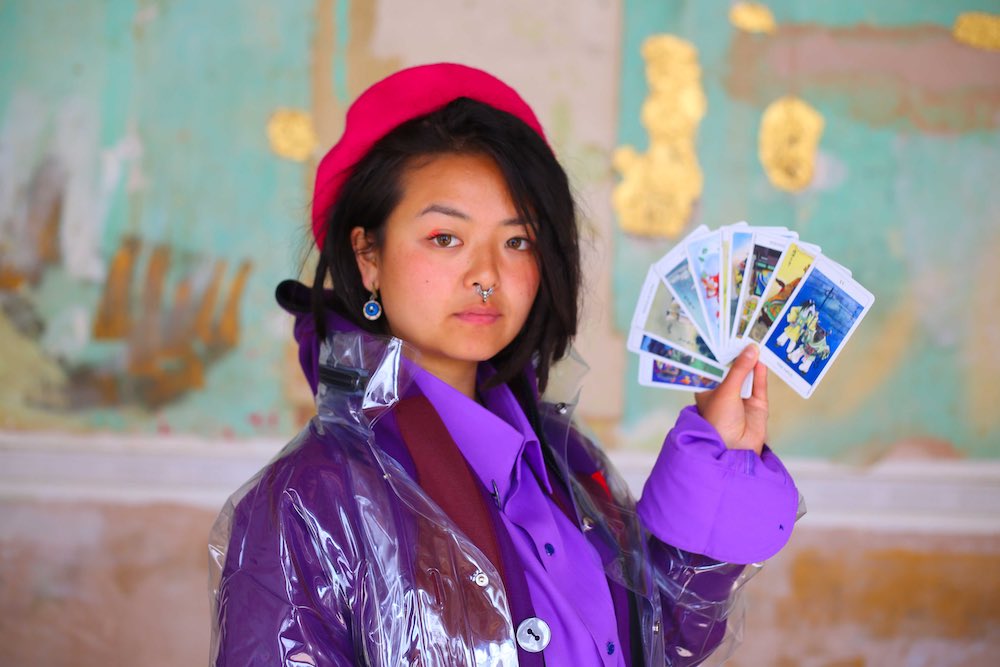 Your short film, “Women of Colour,” opens with a textual excerpt of theorist Kimberlé Crenshaw’s definition of the term “intersectionality”. How did Crenshaw’s idea of intersectionality influence your initial plans for this project?

It provided the perfect foundation to express how being a woman and also a woman of colour massively influences how people treat you, and therefore your experiences. I think the most interesting thing about Kimberlé Crenshaw’s definition is that it clearly articulates an experience that, for many of us, is frustratingly normal. Stereotypes are often subconscious, so when you’re at the receiving end or you feel at odds with mainstream feminism, you learn about intersectionality and then it all makes perfect sense. 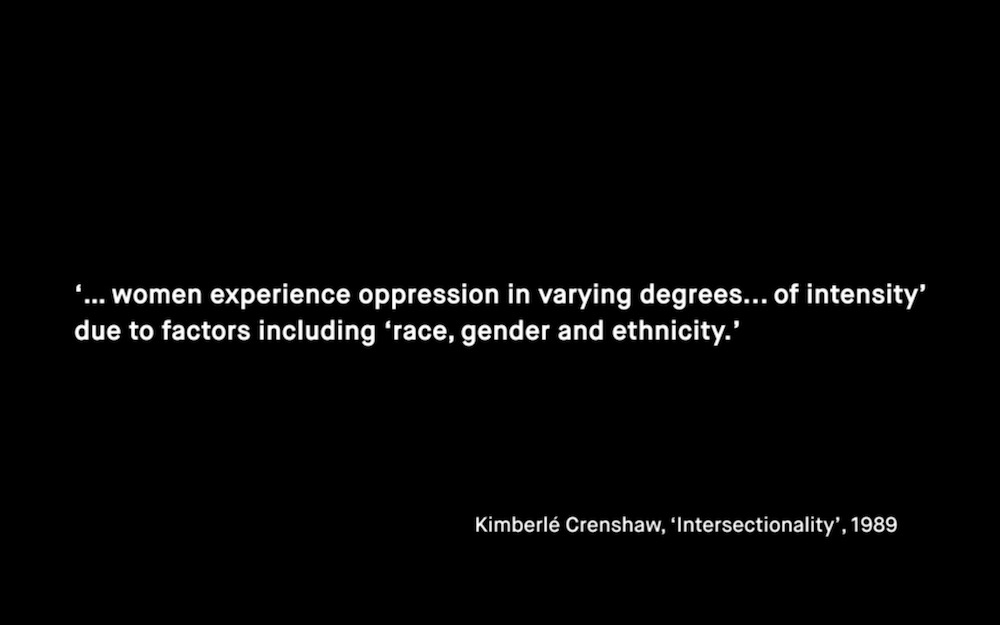 Before exploring the perspectives of the women featured in the film, viewers are subjected to clips from real examples of racial stereotyping taken from news sources and other recordings. What was your process for sourcing these particular clips, and what effect were you hoping to convey by using them?

As with all my films, I think it’s very important to include real life statements and comments, especially when discussing racism. From the many conversations I’ve had with WOC, it seems that people are more inclined to believe you as a woman when calling out sexism, however, challenging racism tends to be up for debate – maybe you’re being oversensitive, over-analysing the situation or ‘playing the race card’. To include real life public statements gave the film agency and exposed how society talks and refers to WOC all the time. Sourcing these clips was pretty simple – it’s amazing what you can find with a simple Google search! 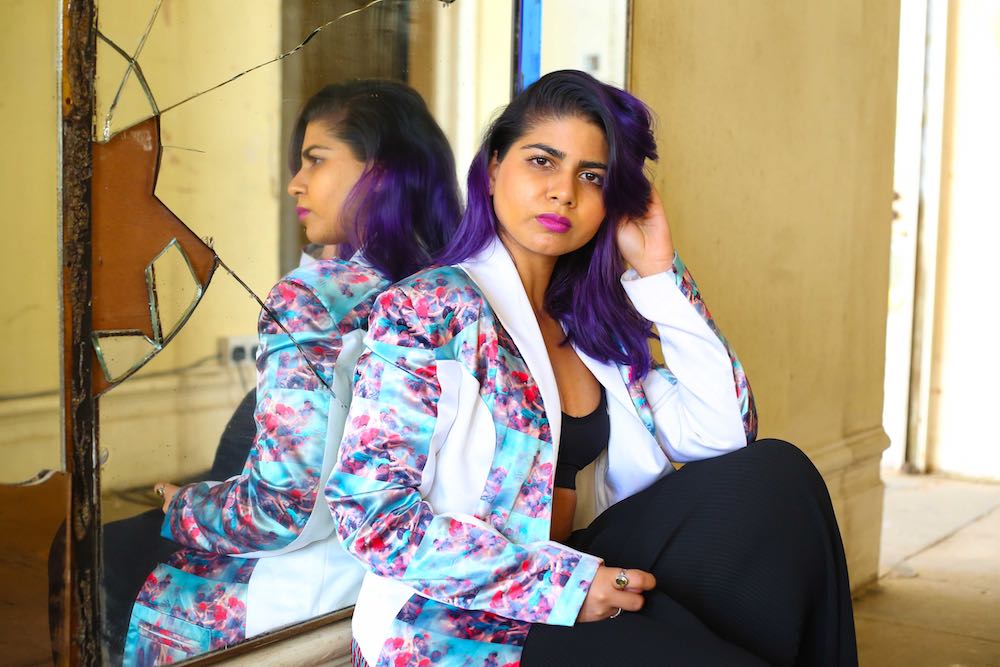 How did you assemble the cast of women featured? Were these women that you were familiar with prior to the shoot, or were you introduced to them during the casting process? What were your goals in terms of representation onscreen in the final film?

I knew about 4 of the girls, but met most of them through the casting process. It was a self-funded film, so I was limited in what I could do – I would have liked to include more ethnicities and make the film longer/more in-depth – but the best I could aim for was to make sure that the experiences of all the women I filmed and were heard. It was important to represent everyone’s point of view.

Were the voiceovers taken from these women’s real life experiences?

YES – apart from the collective shots at the end. All of the voiceovers were based on interviews that were done with the girls during the casting process. There were more things that the girls said; however, I couldn’t include everything in the film. I did make sure I publicised them on my Instagram, though. 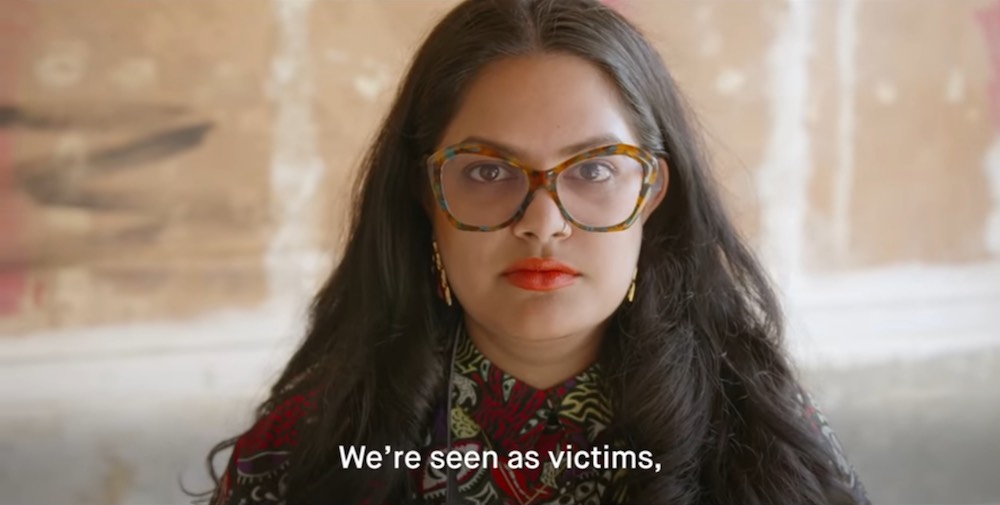 How did you work to create an environment that was conducive to the sharing of these intimate, and often painful, observations?

The first time I saw most of the girls was on the filming day, so a lot of what they shared was done over the phone. I spent hours on the phone with each of them, and because the topic was so important to us, the conversation flowed easily. I also shared my own experiences which I think helped. I think that when you talk to someone who’s passionate about the same thing that you are, you end up bonding almost instantly, because you can acknowledge and therefore validate one another’s experiences instead of trying to prove yourself or your experience. 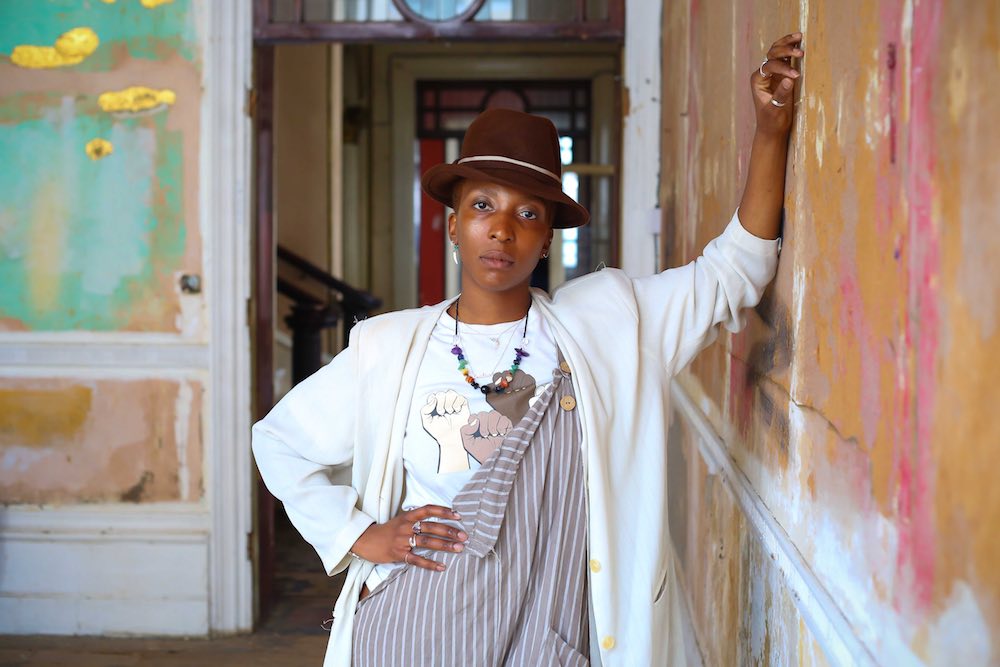 The Lancaster Gate Hotel was perfect. I wanted a backdrop that was historically British – ideally a listed building – that had a sharp contrast with modern Britain. I enjoyed the fact that back in the day, faces like ours wouldn’t have been seen in an establishment like this. To be completely honest, I’d have to dig to try and find problems with the location. It was great and we filmed in summer; however, if we’d filmed in winter, things may have been different. 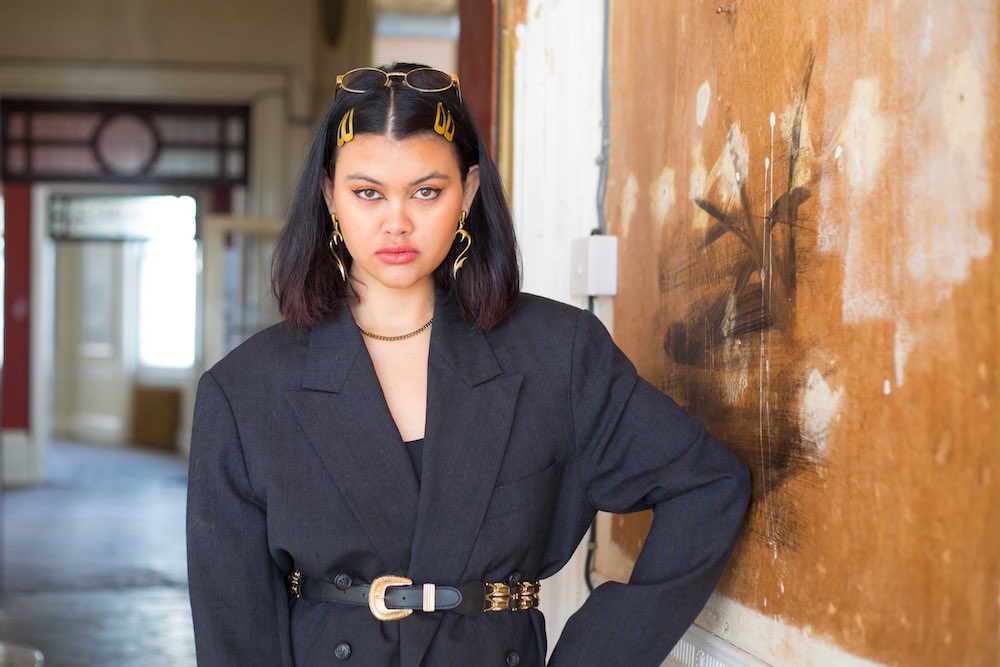 The clothing choices for each of the women feel important and intentional. What role did styling play in shaping the overall vision of the film?

I’ve made films before where clothes/fashion are really important to the client or platform but with this, I wanted the girls to emphasize their unique styles, which were also taken into consideration during the casting process. I then got an amazing stylist involved, who would add accessories and clothing items at the girls’ discretion. 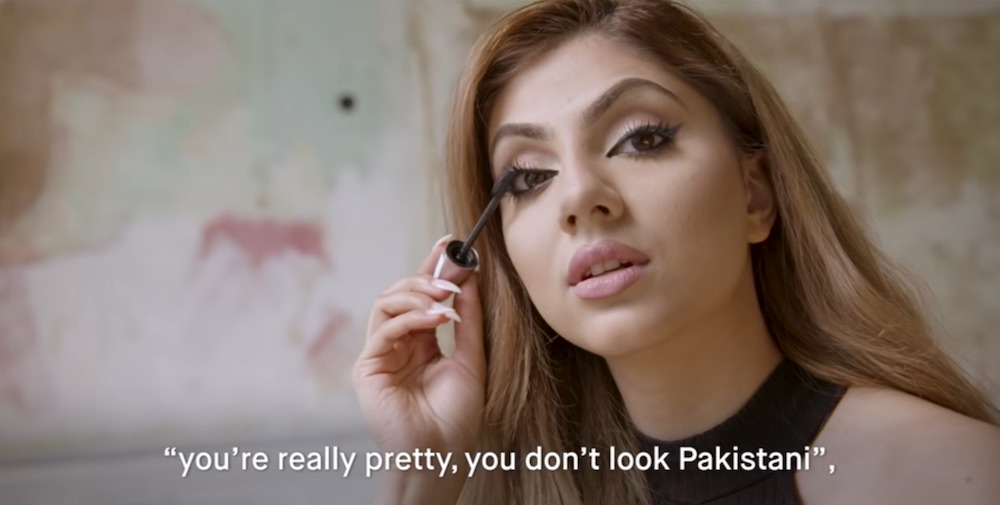 Overall, what elements in the final product are you most proud of?

The pacing, aesthetic, and allowing the audience to see these women speaking up for themselves.

I’m currently working on a 3-part documentary series for Channel 4 up until August 2019. I’m also developing another short film which I’m really excited about. I’m mad busy, but when I’m working on things that I’m genuinely interested in, it’s all good.

In conclusion, what goals would you like to see women filmmakers achieving, globally, in the next year?

The recognition that we deserve. I’d love to see more female film crews! 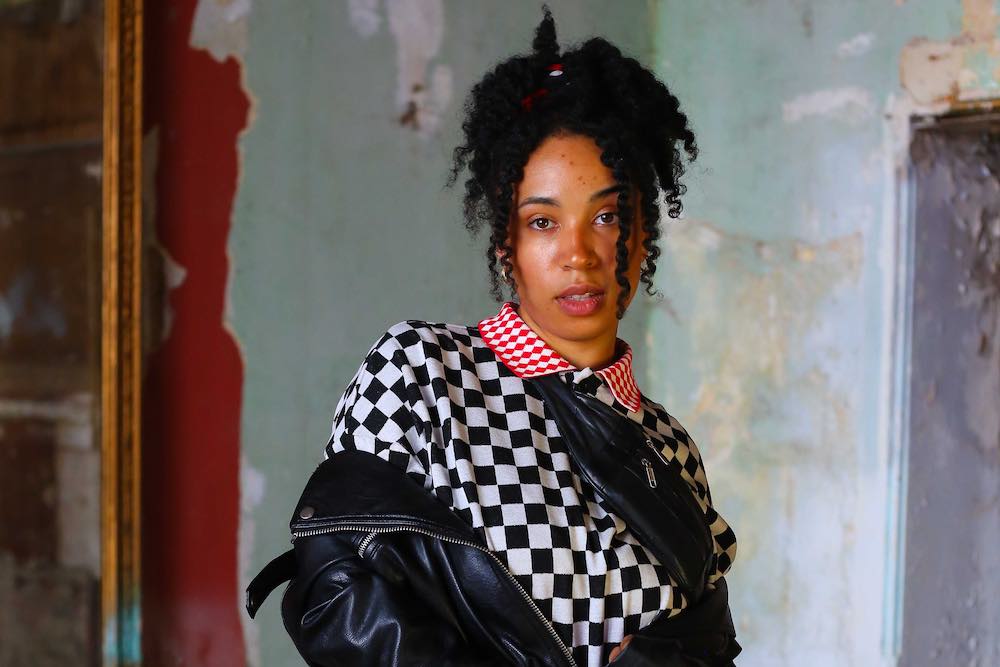