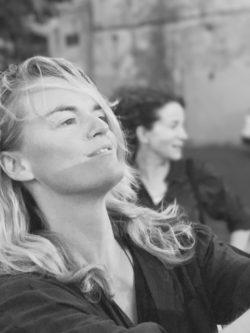 It’s hard to imagine a tougher conversation than breaking the news of a serious health condition.

One of director Lisa Gunning‘s latest works for Kaiser Permanente, created with pledged agency Campbell Ewald, shows the way that life-changing news like this can seem to slow or stop time and alter your perspective. But good, trustworthy care can steady these initial fears, and Gunning masterfully shows how a capable physician can make all the difference.

Lisa Gunning has directed numerous outstanding films, from a commission by Nowness for Mini Countryman to the latest campaigns for HP (for Fred & Farid). Her award winning feature length music film for electronic duo Goldfrapp, ‘Tales Of Us’ was screened on 500+ cinemas worldwide.

We had the chance to chat with both Lisa (who not only directed but contributed to the editing of the spots), and Campbell Ewald CCO Jo Shoesmith about these poignant, pitch-perfect spots. 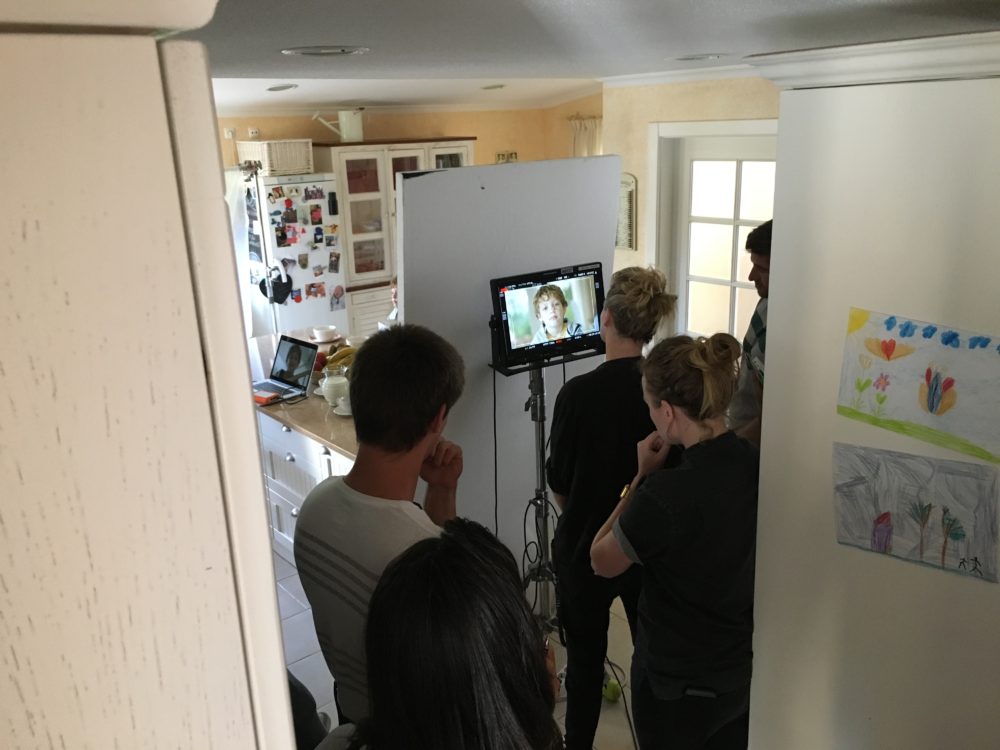 Your latest work for Kaiser Permanente tackles a difficult, heartbreaking subject with tenderness and emotional resonance. How did you begin work on this spot?

I got goosebumps when I read the original scripts because they had a palpable sincerity to them. I tried to bottle that feeling into my treatment, tuning into the emotion and thinking of all the ways I could enhance both scripts with our process. First, I visited a Kaiser hospital with the creative team and talked to the doctors about how realistic the scripts were. It was fascinating to learn how and why the writing resonated with them, and I listened carefully to what they had to say about cancer treatment and breaking difficult news to patients. From then on I was forensic about the authenticity of everything, especially the casting process. This crossed over to the technical side wherever possible, using vintage prime lenses that reduced the clinical feel of the hospital environments and brought out the tenderness of the narrative. Ultimately I didn’t want the spot to feel manipulative so I came at it with a lot of love, we all did!

Have you worked with the team at Campbell Ewald before? What was the exchange of ideas between you and the creative team like?

This was a dream job. Everyone was 100% collaborative from the start. I felt the creatives trusted me and that we were very much on the same page. I’d worked with Jo (Shoesmith) a few years back when I was cutting a Stacy Wall spot. She was brilliant to work with, open and trusting. In fact, that job was one of those very rare situations where she didn’t change a frame and the edit went on air as it was! I think we all came in with a lot of mutual respect and that lead to a very harmonious process!

We were so lucky to find such great actors for these spots. We really put the work in though…meticulously casting in London because we all knew it was the most important thing. I wrote detailed back stories for each of the actors so they knew exactly where they were coming from emotionally, especially in relation to each other.  I’d worked with kids on set before but the ‘The Doctors Know What To Do’ script presented new challenges for me in that department. We had to find a kid who had a bit of a twinkle in his eye, who could deliver the ‘my dad has cancer’ line with just the right tone. I was keen to have a non actor who might bring some innocence and naivety to our film. I didn’t want it to feel ‘performed’. Luckily we found Westyn, who hadn’t done any acting before, but I found that once I gained his trust and helped him center himself he nailed it perfectly! 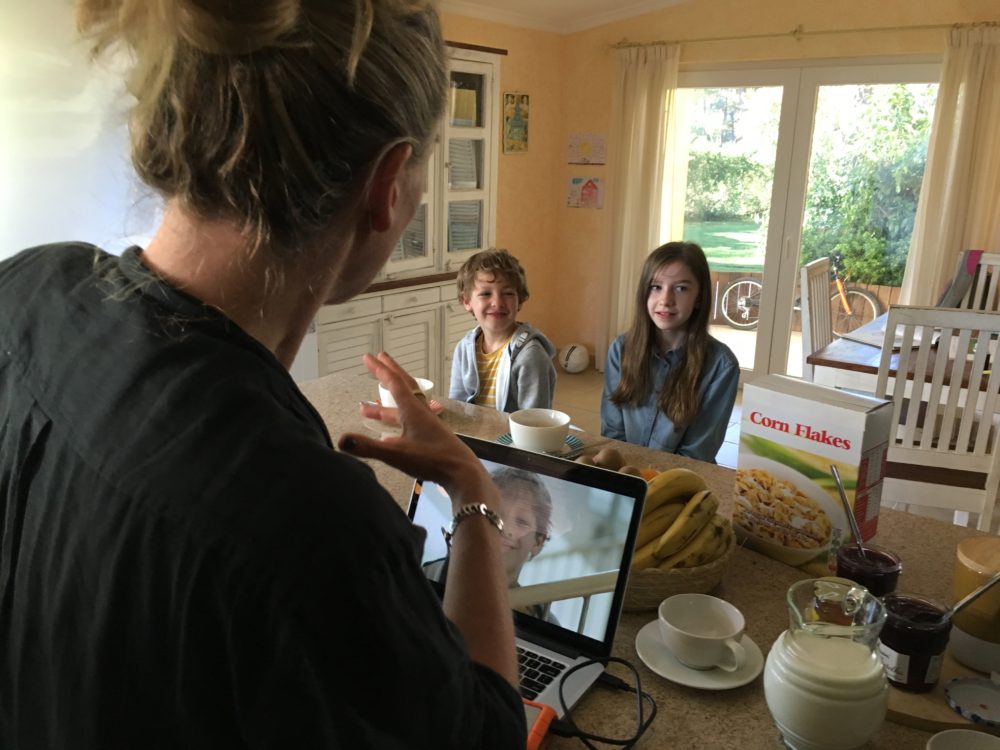 How involved were you with the post-production of this spot?

I try not to get too controlling during the editing process, although it’s very tempting as I’m an editor! I learned a big lesson on this job actually. I selected the material and assembled both films, but then gave the footage to the brilliant Devon Bradbury to play with. She was my assistant at the time. She smashed up the material in a way I would never have done because I shot it and was attached to it. She had a whole different take on the ‘The Doctors Know What To Do’ spot, making it non linear and in the process expanding the scope of the narrative in a magical way. It was fascinating, actually. I was really impressed with what she did.

Let’s talk a bit about some of your other work. You’ve directed some amazing music videos, including John Grant’s “Down Here” and “Tales Of Us” for Goldfrapp. What differences do you find between working on music video projects and directing advertising jobs?

I’d like to think that I come at everything in the same way. I try to find the core emotion in what I’m doing. Storytelling is the most important thing to me, but the way you tell the story changes with the length of the film and the purpose of the film. A commercial has to communicate something particular about a brand, and ideally, that can strike an emotional chord at the same time. I like making people feel something! The approval process is much more detailed in commercials and there is usually more trust in the process when making music videos…probably because there’s a fraction of the budget! I enjoy conceiving ideas from start to finish, which happens in music video but less so in commercials, which are more about distilling and enhancing an idea that comes from the agency. Both genres are interesting in different ways, but the core approach is always the same for me, to mine the emotion and craft a great story wherever possible.

Tell us about some of your personal career highlights, so far!

When Anthony Minghella (English Patient/Talented Mr. Ripley) came into my life and asked me to cut my first movie for him. Not only was it like going to the best film school ever, he taught me so much about being in the world as a film maker. He was my mentor and he believed in me, which made me believe in myself.
More recently, being given the opportunity to direct the Kaiser campaign was a real highlight, as I was the outsider and up against some very big directors. Hopefully it will mean I can keep doing what I love.

I’m writing my own feature script right now. That’s my dream project because I dream about it all the time!

Along with creating your solo work, you’ve collaborated with some other amazing filmmakers, including Sam Taylor-Johnson. Who have been some of your favorite women to work with, across various on-set roles?

Sam Taylor-Johnson, Alma Har’el, Patty Jenkins, Sara Dunlop, Kim Gehrig, and Dawn Shadforth are all directors I’ve worked with and admire greatly. I love working with female DPs too: Tami Reiker, Ula Pontikos and Christine Ng have all been brilliant collaborators now that I’m directing. This is a great time to be a woman in the film business! 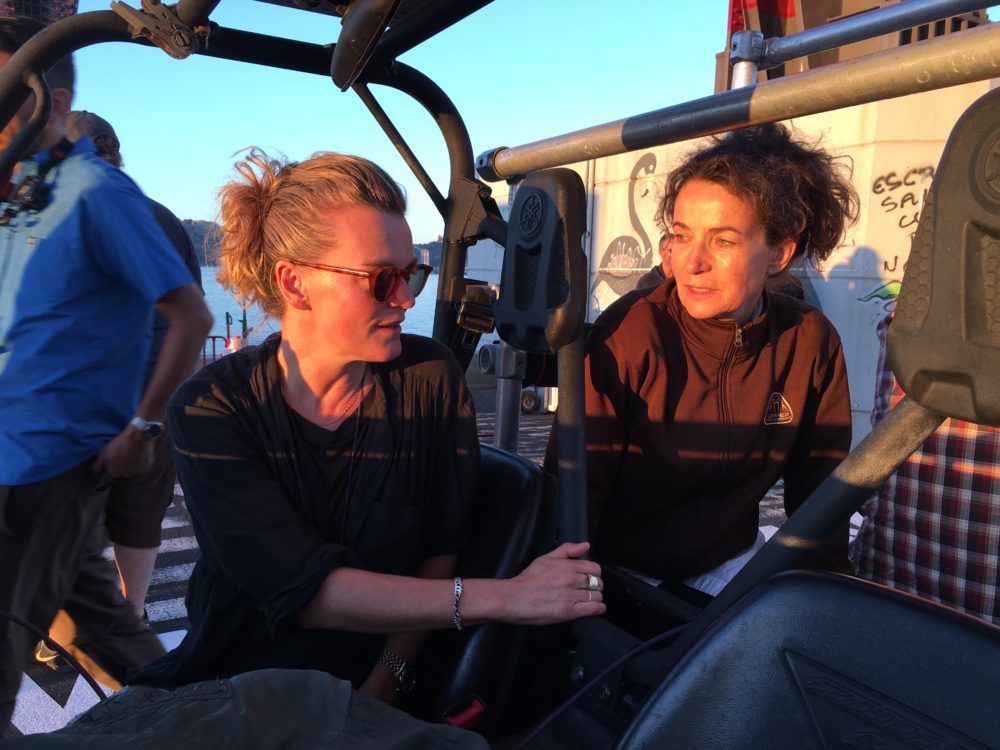 Free The Bid has been advocating for women directors for a full year now! What changes have you noticed in the industry since the initiative was founded?

Alma is my hero. I don’t think I would have got my opportunity on the Kaiser commercials if it hadn’t been for her tireless work for women in the industry. She is a force of nature and an inspiration to us all!

We’re committed to advocating for diverse perspectives and points of view. What do you think are some of the benefits to diverse representation on both sides of the camera lens?

Unconventional voices are vital if we want to progress our culture forward. We need to give people the opportunity to be heard, to excel and to write the future!

Final words of wisdom to share with up and coming women directors?

Believe you can do it. If I can do it, you can do it! Don’t give up! Don’t let anyone tell you that you aren’t good enough. Work hard and dream a lot! 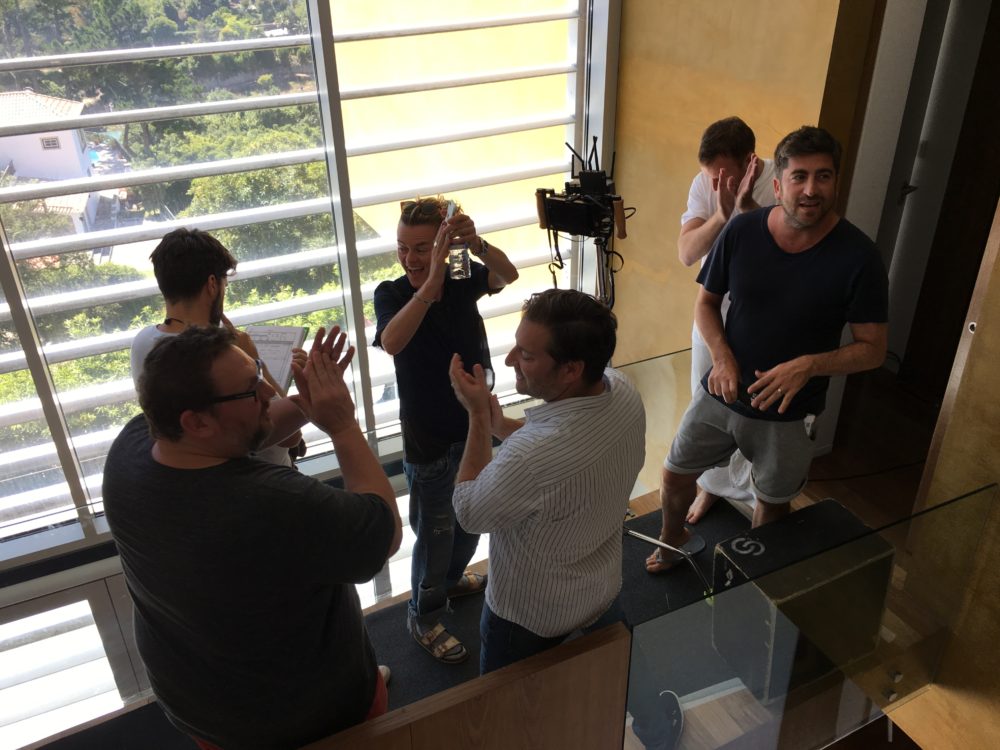 What about Lisa Gunning’s work spoke to you specifically for this campaign? What qualities did Lisa bring to the shoot and to the final work that are unique?

Not only is Lisa’s work beautiful, cinematic, and emotionally-engaging, she brought to the table a strong editorial background. That proved invaluable during the shoot as the inevitable curveballs forced us to pivot; her ability to shoot with pre-conceived edits translated seamlessly in post-production.

As you know, Free The Bid has a constantly updated database of women director’s profiles. What measures to you and John Haggerty, Campbell Ewald’s Director of Production, build into your workflow in order to address the need to find new women directors?

At Campbell Ewald, we’re focused on inviting female directors to a seat at the table. Meaning, ensuring their talent is represented in project bids. While their creative chops have always been strong, societal “norms” have historically prevented their work from rising to the top. As an agency, we are consciously proactive about providing women with a platform and opportunity to lead.

You’re an industry veteran, starting out in Australia over 20 years ago, and Campbell Ewald’s first female CCO in its 106 year history. With your recent (April 2016) appointment, what steps aside from pledging to Free The Bid have you taken towards diversity at Campbell Ewald?

At Campbell Ewald, we believe the things that make us different make us better. We invest time and resources into programs that help broaden employees’ perspectives and encourage uncomfortable conversations. We confront relevant cultural topics and provide brave spaces where individuals can ask uncomfortable questions. We thrive on nourishing our culture with daily, deliberate acts that recognize and celebrate diversity.

What preconceived notions about working with women have you encountered over the course of your career? What changes have you seen in terms of the experiences of women directors between when you started in the industry vs. today?

Kathryn Bigelow winning the best director Oscar for “The Hurt Locker” was a big moment for female creatives. Not just because she was the first female director to win in such a male-orientated industry but also because she won with such a male-orientated film. It sent a clear message to the creative community to stop making assumptions about the stories women are capable of telling. I spent the early part of my career trying not to be boxed into working on what was openly called ‘girly products’. Today, I can proudly say I have we have women working on Harley-Davidson and men working on Snuggle fabric softener.