What do a wind tunnel, an ultra-powerful magnet, and an elaborate light-show in the middle of the forest have in common?

Director Linnéa Bergman‘s branded music video for Swedish musician Rein‘s cover of the 1995 euro-dance hit “Electric,” weaves footage of all three elements together – each scenario powered by the Volkswagen e-Golf electric car battery. Making use of quick cuts and powerful abstract visuals, Linnéa’s directorial eye joins these disparate settings seamlessly, bringing to life a coherent vision of raw power. Created with agency Nord DDB, “Electric,” is a triumph of branded collaboration; managing to succeed as both a compelling music video and commercial campaign.

We spoke with Linnéa, signed to the roster of Aspekt, about her love of the song’s original version, navigating shoots in three distinct locations (each with their own challenges), and her alternate-universe desire to become a designer of light installations. 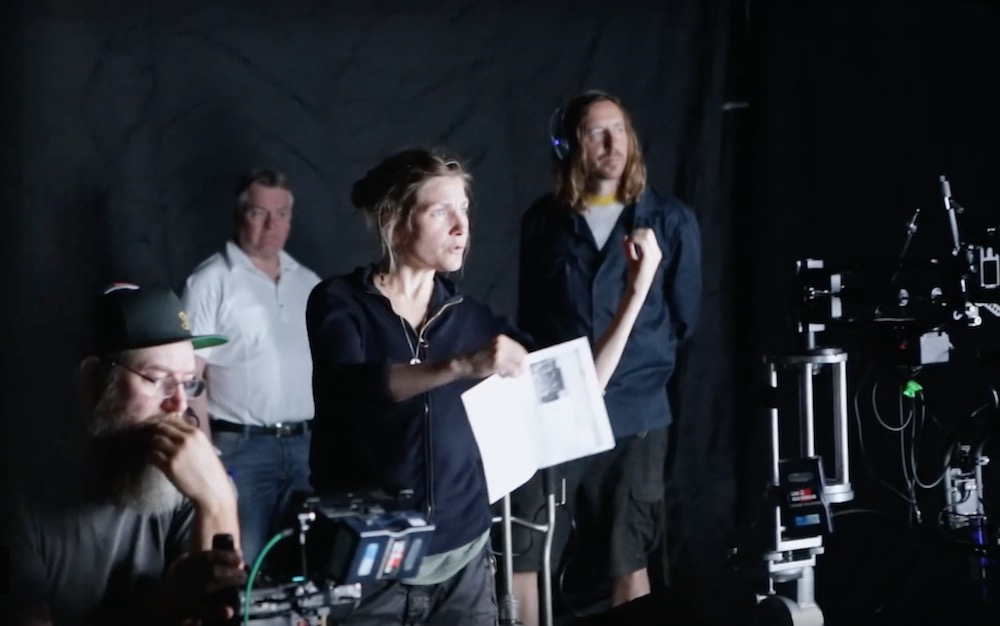 This campaign for Volkswagen, consisting of a commercial and music video for Swedish musician Rein, showcases the power of the e-Golf electric car battery. What initially excited you about working on this project?

First of all – the track. Something that people outside of Sweden don’t know is that this is a cover of an old Swedish 90’s hit which I used to LOVE (and still love, I might add, thanks to Rein who did such an amazing interpretation of it.) That, for me, was a huge trigger. The second thing was the visual aspect of the project, which instantly made my creative heart tick. It was clear even from the agency boards that this could evolve into something visually quite extraordinary.

How did you approach working on a shoot that contained so many different elements?

Since the project’s various elements are so intertwined in the end result, they needed to contrast in order to complement each other. At the same time, I wanted to find an ingredient that would “glue” the three parts together, and for me, that was the strobing lights that echo throughout all of the footage. Also, the nearly abstract car footage that flashes by in all the films does the job of creating almost a visual trademark for the whole campaign. 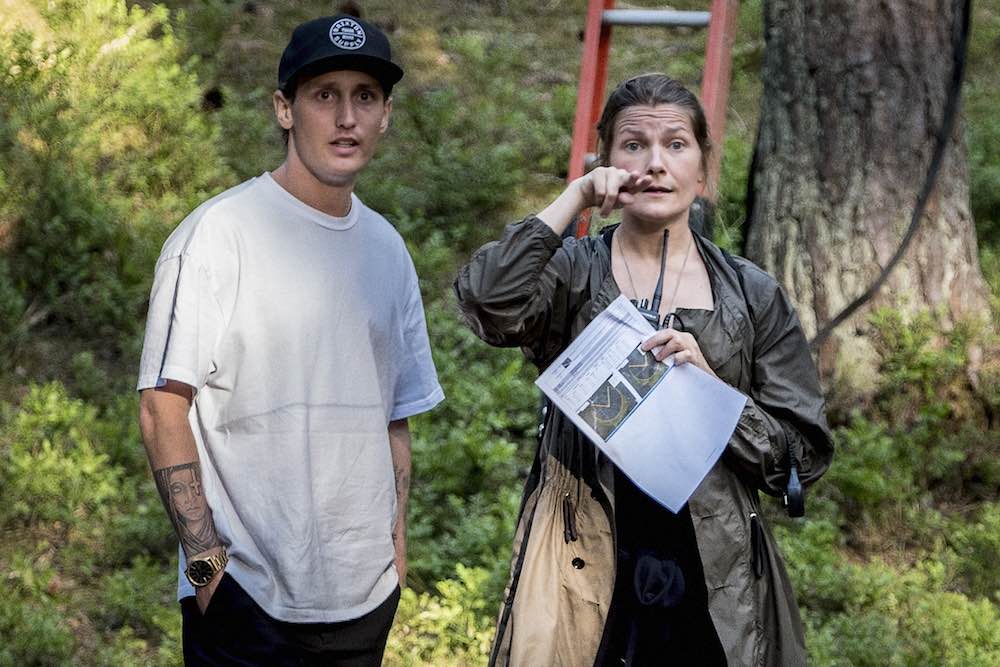 What was your strategy for collaborating with the agency, NORD DDB, and the client to make this vision come to life?

We collaborated closely throughout the entire project, but especially in the beginning, where the structure of the campaign was shaped. My treatment also involved developing the concept further, and I came up with ideas on how to illustrate the power of the car battery, so you could say the end result really is a joint effort in terms of concept.

I have to give the client a huge credit for believing so strongly in the idea and allowing us autonomy with the creative process and end result; it’s quite bold and dark for a car brand, both in image and sound. They understood that this wasn’t going to become a great project if there wasn’t space for that creative freedom. It’s rare to have that level of trust from both agency and client, and I’m very thankful for that.

Where did the shoot take place? How long did you have to shoot each section?

We spent one night out in the forest shooting the entire “concert”. We needed the forest to be dark in order for the stage (light tubes) to look their best. However, this was in May, which has some of the shortest nights that we have up here in Sweden, so we had approximately 6 hours to shoot the entire thing. Seen from outside, it must have looked like mayhem, but in fact, it was meticulously planned and extremely disciplined. We had multiple cameras and a drone filming all at once, so it was pretty intense and needed to be well-synchronized in order to work. 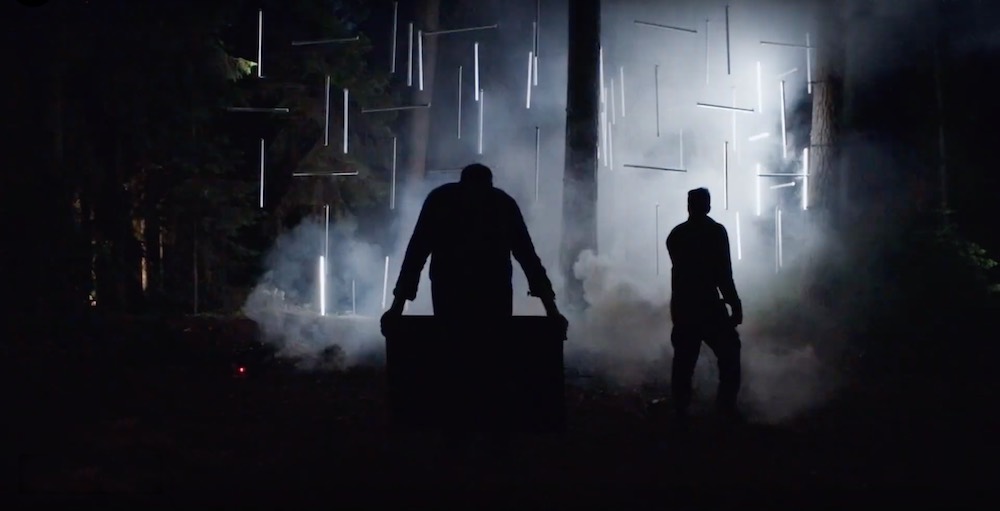 Next, we shot “the magnet”. This, as well as all the car scenes, were shot in a huge industrial space outside Stockholm. This was the complete opposite to the previous shoot, with a much smaller team and a lot of tweaking, waiting for techniques to work, and for the magnet to do its thing…

Lastly, we had an evening shoot at an old disused mine where we filmed the “wind tunnel”. It was a very dramatic and beautiful location, with high stone walls surrounding a small lake. A very serene space – until we marched in with our multiple wind fans, huge crane and strobing lights. Again, we had time against us, since I wanted to shoot at dusk to capture the twilight and mysterious atmosphere in this location.

What kind of direction did you give to Rein to capture the performance you were hoping for?

To be completely honest – not that much. We never got a chance to rehearse, because my son got a head injury on the day we were supposed to work on her performance, and I had to cancel the rehearsal. Instead, we talked about the performance, what I wanted from her in terms of expression and energy, and how she wanted to come out “on stage”. On the day, she came well prepared, and though I, too, was prepared to step in to give her direction, it never really was needed. When the music started, she was completely absorbed by it, and embodied all that raw energy I had hoped to get out of her. Except for some specific angles I knew I needed for the edit, she pretty much did her thing, and I operated the cameras around her to get what I needed. 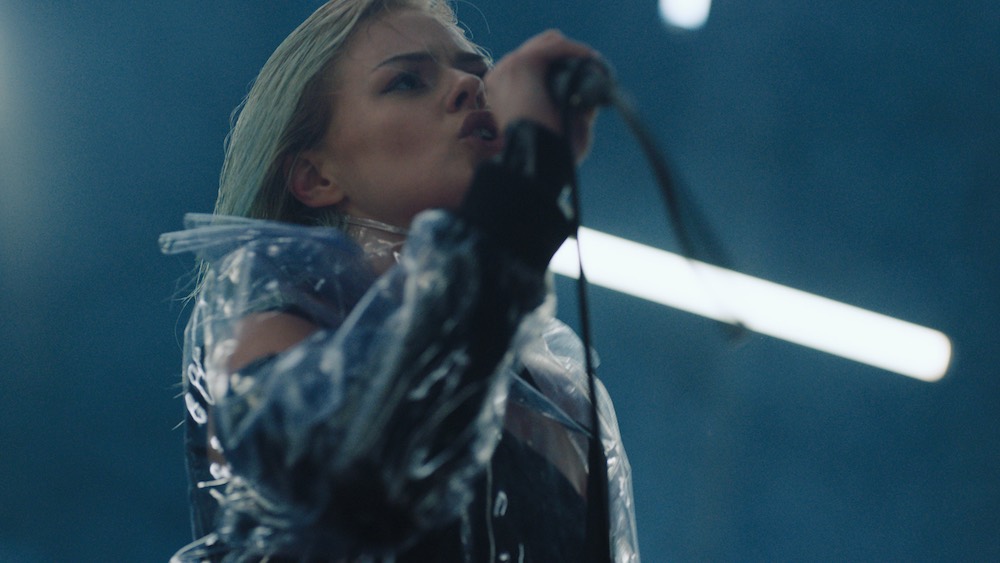 How did you direct your crew to manage a shoot like this?

Thankfully, everyone involved was inspired by the uniqueness of the project, which made all departments push really hard for a good result. I was surrounded by a dream team: a favorite DOP of mine, as well as a set designer and an old friend and extremely talented costume designer who created Rein’s outfit. I would say being so closely involved in all parts of the pre-production made the shoot easy for both me and my crew, and we were very well-synchronized, which also made the actual shoot easy and fun since we could focus on creative.

Did this shoot pose any particular challenges to you and the team?

The short amount of time we had to shoot! 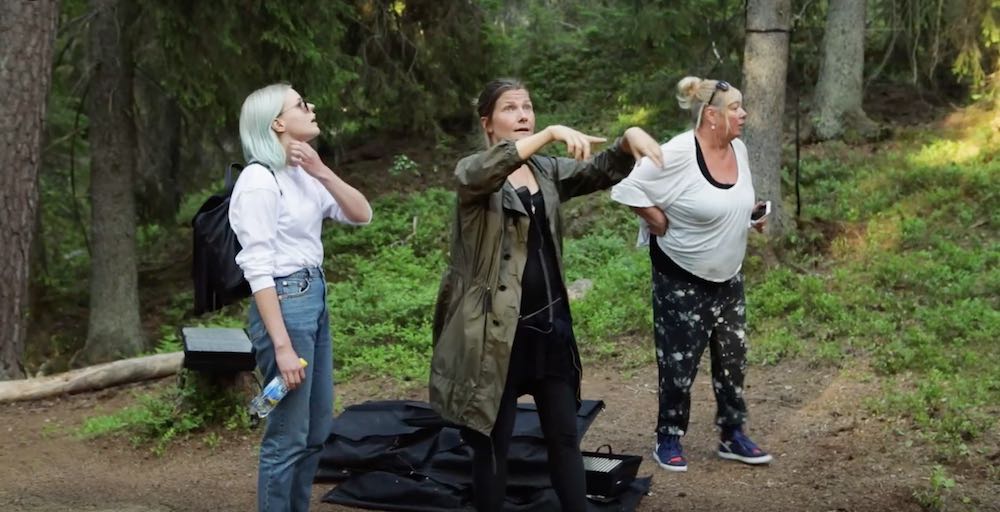 Were there any elements of this film that were added in post? How did you work around these elements during the shoot?

The electric cloud that sort of vibrates in the intro was created in CG. The wind tunnel had some cleaning up of safety wires etc and the magnet was slightly enhanced, but other than that, it’s all captured in camera.

Did this film allow you the opportunity to use any new equipment or push your film technique further in any direction?

Not the camera equipment, but the light tubes that were used in the forest (and in fact in all parts of the film) were new to me. They were programmed beforehand and were then controlled by an app on a smartphone on the shoot. Quite complex at first, but once they worked, they were magic; they made me want to work with huge light installations in my next life. 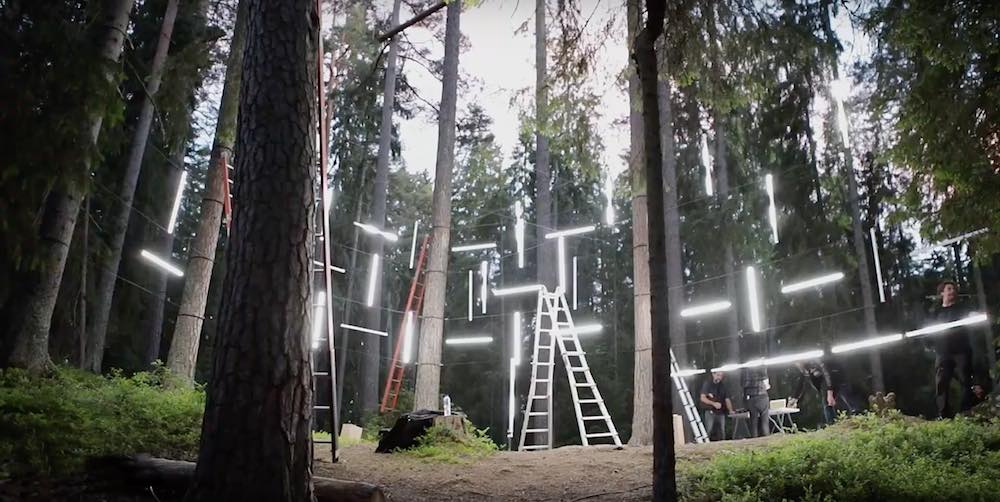 In general, what kinds of storytelling opportunities do you find yourself drawn to, either in your commercial work or otherwise?

I’m drawn to highly visual stories, and quite often to those that include an element of abstraction, or that use visual metaphors to illustrate their ideas. I think that is where my brain works the best, and I’m most comfortable and happy creatively.

What’s next for you – are there any exciting projects we should look out for in the future?

At the risk of jinxing my good luck, I’ve been really busy this last year and I hope to continue being so, but I would also love to find time to work on something bedside my commercial work. It would be great to work on a short, a dance film or a music video.

Any final words of advice for aspiring film directors? 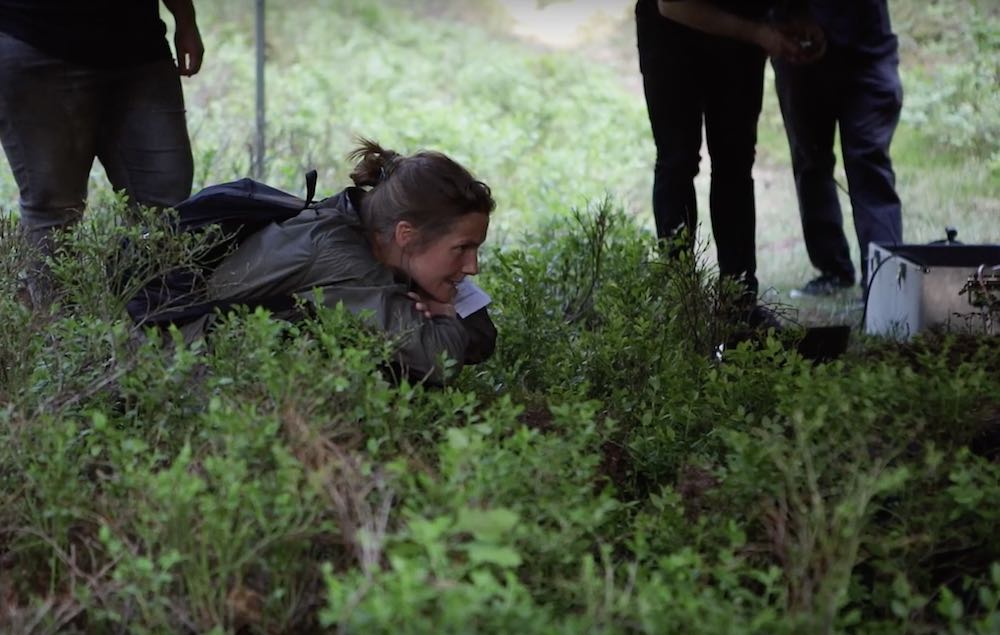