Lena Beug is no stranger to adventure, and her relentless filmmaking journey is testament to how much she’s willing to take risks to tell thought-provoking stories.

Raised in Ireland, and then making head way to New York City after a stint in Berlin and Paris, Beug has been developing ideas and creating visual stories for the last decade, believing strongly in the idea that “everyday life is really quite funny. You don’t need to make stuff up.”

In her recent spots for General Motors, Beug’s ability to bring the comedic into everyday-life shines through. The audience explores each characters’ journey to understanding the warranty policies behind their vehicles – complete with syrupy smooth lip-synced voiceovers, a precious collection of decorative soaps (don’t wash your hands with them!), and an anthropomorphized cactus. Beug takes the ordinary and turns it wacky and fantastical, infusing the visual world she’s created with pops of color and pitch-perfect art direction.

We spoke with Lena about inheriting her adventurous spirit from her father, the many odd jobs that led her down her chosen career path, and hoping to (someday soon) stop hearing the tired old “you’re the first woman director we’ve ever worked with,” line. 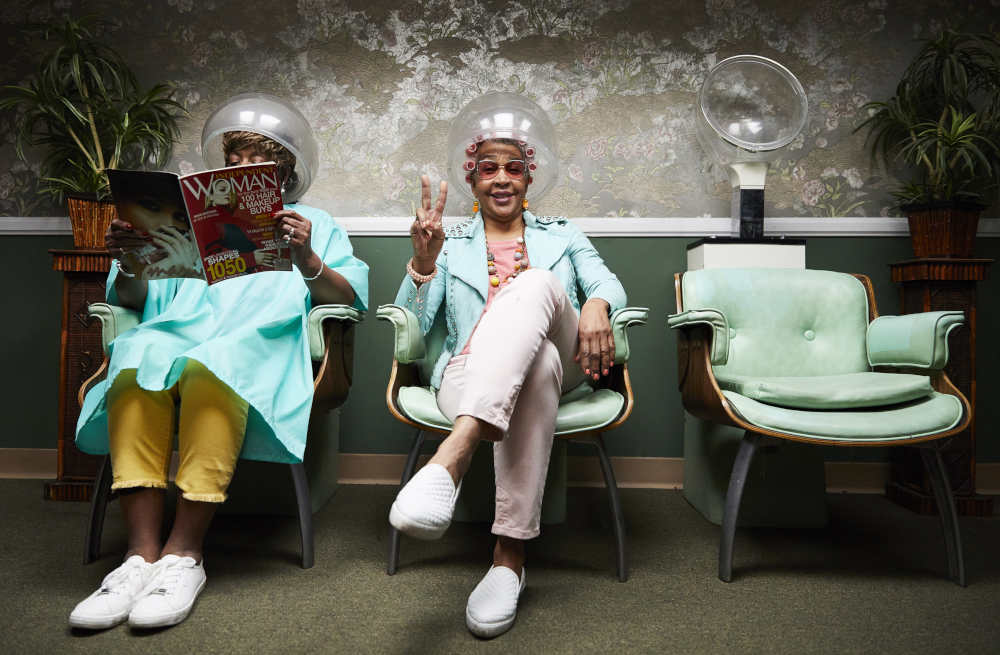 Lena, your journey to becoming a filmmaker has been one of adventure and different geographical perspectives. What have you learned from the multitude of experience gained along the way?

I inherited my sense of adventure from my father (who recently fell off a roof while on an ill-advised adventure, but that’s another story). You see, I didn’t exactly intend to become a filmmaker, but adventure is something I’ve always looked for, and filmmaking, in and of itself, is a journey rooted in the unknown. It’s about collecting stories and gaining experiences.

My adventure as a filmmaker started in Ireland, and then shifted to Berlin, and then to Paris, and then to Turin, where I lived in an old church with a bunch of artists. Then I did something very adventurous, and purchased a one-way ticket to New York. That’s when an entirely new adventure started. 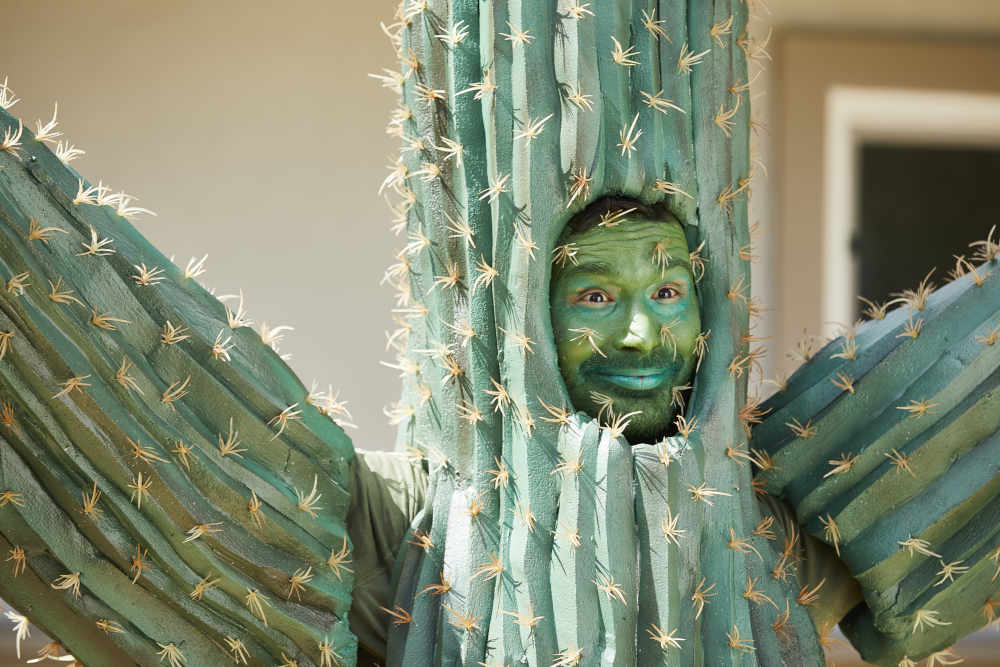 You have a multidisciplinary academic background. How did these experiences build your worldview as a filmmaker?

I’m not sure “multidisciplinary” is the word my parents would have used when I told them I was dropping out of college for the second time to move to New York to… “figure it out.”  Then again, having the courage (read: sheer pig-headedness) to do it made me pretty determined to succeed – failure is not really an option when you do the thing that everyone tells you not to do.

What challenges did you have at the beginning of your career? Was writing-directing always in the books for you, or did you stumble on this along the way?

After moving to New York and doing a lot of very random jobs – which included babysitting, making sandwiches at a deli, scanning photographs at Time magazine, working behind the prepared foods counter at Dean and Deluca, handing out flyers for the Bowery Bar (not a highlight) and being a photographer’s assistant – I managed to land an internship at MTV. The internship turned into a job, and that job – and the people I met there – really shaped my career.

It was such an exciting time. We were making stuff and it was going on television, and there was remarkably little oversight and very few rules and the attitude was along the lines of, “if you can figure out how to do it, and get it done, with almost no money, it’ll go on the air.”  That time of my career was filled with creative challenges, which are, in my opinion, the best kind of challenges. When I left MTV and entered the world of advertising, the types of challenges I faced changed. At MTV, it was me and my ideas. In the outside world, I quickly realized that I lacked a particular skillset: one that included navigating agencies and clients, hearing/listening to a lot of opinions, all while ensuring that I kept my voice, POV. A balancing act, to say the least. 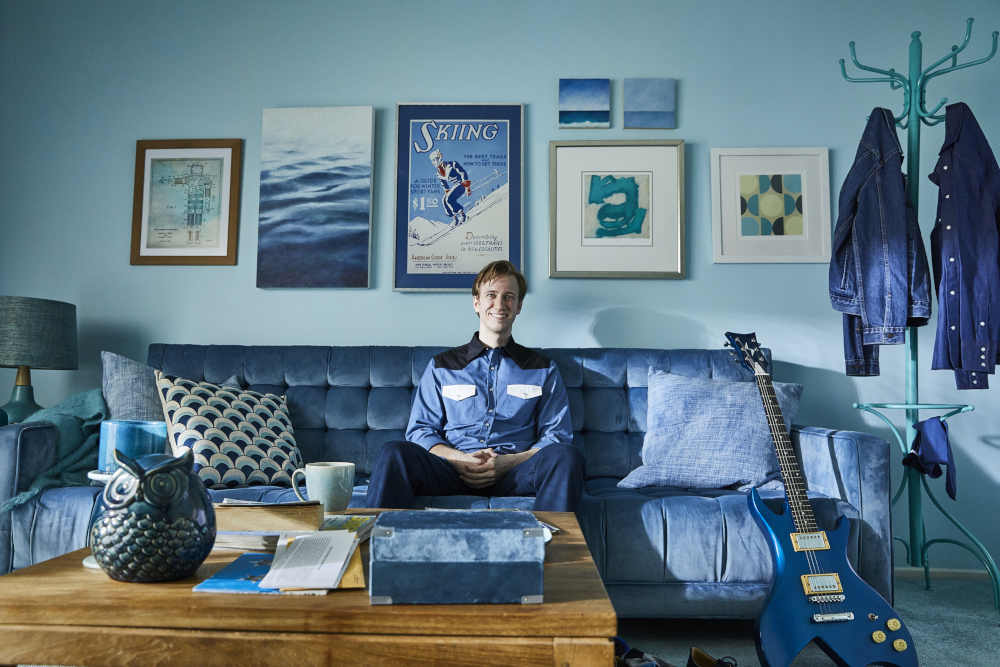 Your career has spanned more than a decade – what are your thoughts on the development of diversity and inclusion in the industry, over the course of your career?

I think it’s about time. This might seem obvious, but the very fact that we’re able to talk about diversity, and work toward inclusion is such a major change. When I first started out, there were no conversations about equality. No one questioned 3 men bidding a job. No one questioned that fact that white men were telling, not just their own stories, but actually everyone else’s story.  Not including female filmmakers was status quo. It was somehow OK to say that “women aren’t funny” (a bit of a punch to the gut when one is trying to be a comedy director). Bias was normalized, it was part of our days, day in and day out. There were a lot of us (myself included) that didn’t even really notice just how discriminatory it all was. It’s really funny (and scary) how you can just accept the way things are.

Now, especially with organizations like Free the Bid, we are talking, loudly and with fervor, about these problems. The very fact that we aren’t just accepting that “this is the way things are” is something that shows we are developing, that we are making change. I’ve been doing this for almost fifteen years, and I have yet to show up on set and NOT have someone say to me, “this is the first time I’ve worked with a female director.”  I think (read: hope) that those days are numbered. 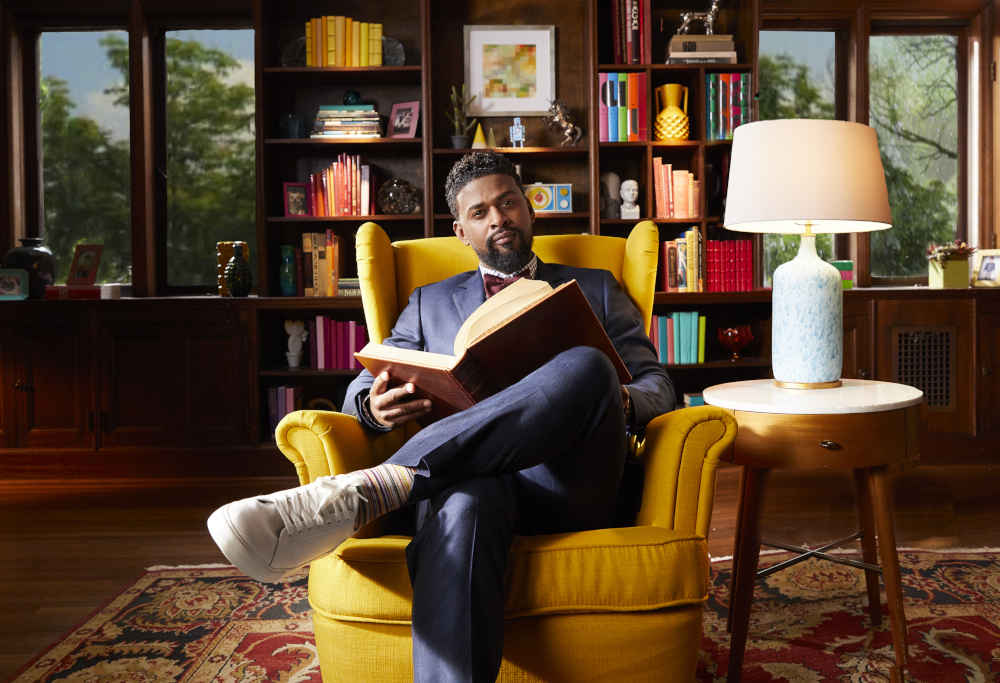 How different is the collaboration in commercials versus a short film?

It’s pretty different. With commercials there’s a client, and my job is to pivot off of their vision, and bring a piece to life in a way that makes a lot of people feel good. It’s sorta like eating family style at a restaurant – there’s a group of us at the table, and we all have to like what we ordered; we have to be satisfied and happy with the meal. With short films it’s more about a personal vision. It’s a little like sitting at the bar alone, and ordering off a secret menu no one else knows about except me.

You recently directed a campaign spot for General Motors. Can you share what the experience was like, working with the MRM McCann agency team and helping to translate a campaign vision?

It was a great experience. This campaign was rooted in stories, and we needed to find a way to tell these stories in an engaging way. I wanted to take it to a comedic and stylized place, where quirky characters and unique individuals were the heroes.

In your ten-year career, have things changed in how you pitch for a project? What do you think makes a strong pitch, given what you know now?

If you want a strong pitch, have a strong vision. You might win the pitch based on that strong vision, you might not. But at least they will know where (and how) you stand. 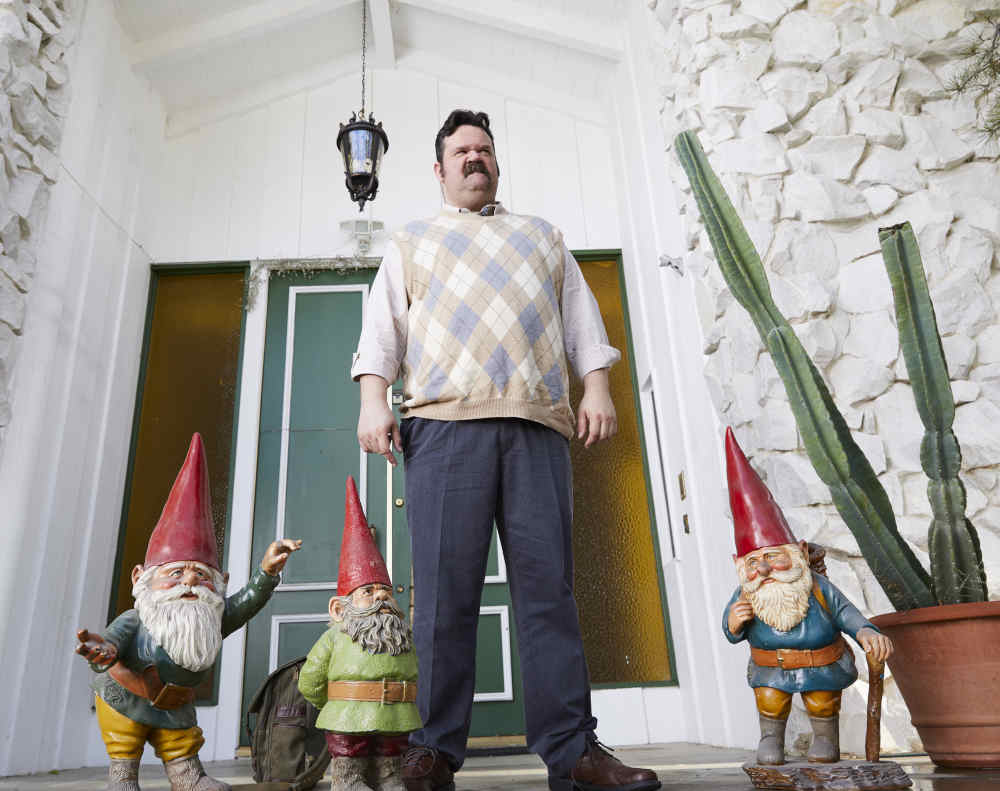 In directing the GM spots, how did you bring out the humor in the spots?

The thing I love about filmmaking is telling stories with pictures. It sounds so simple but really it’s anything but. With GM’s “Certified Story Time,” I immediately had this very clear idea of how it should play out. It was very, “close your eyes, listen to the story, and see the pictures in your mind,” – those pictures are the pictures we wanted to bring to life. Casting was the cornerstone, and art direction/color palette also had important roles. Ultimately, we were creating stories as specific, weird and as wonderful as real life.

Each GM spot features a different actor. Can you describe your experience working with a diverse cast?

There are moments where the casting process can be long and painful. But when the creative is good, and the right person walks into the room, suddenly the scenes come to life. We had a lot of roles and a lot of people to please, but the agency and creative director, Tiffany Moy-Miller, was really amazing in getting almost all of our first-choice actors and I think the finished product shows that. With so many moving parts, everything has to be right because once you get to set, you’re moving fast – I don’t think we ever shot more than five takes in any set up – which basically means the actors have to nail it straight away. 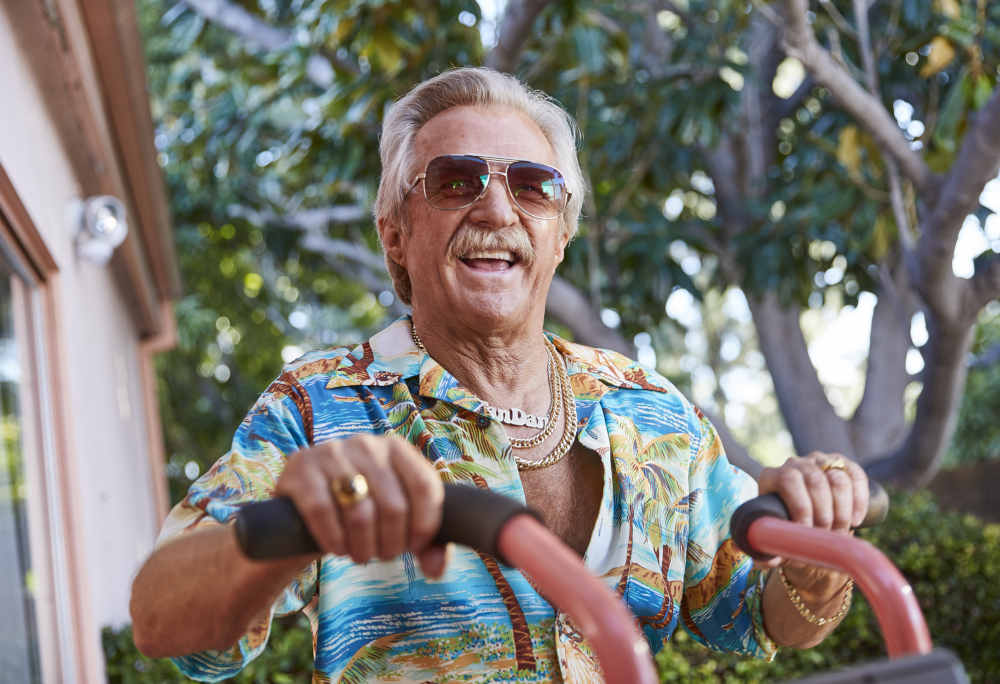 How did you manage the workflow for each spot in regards to shot lists, cast and prep?

On a job like this – with so many moving parts, multiple location moves, a big cast, day shots, night shots, cars, process trailers, tons of dialogue, lip syncing and a dude in a cactus suit – prep is basically everything. (Also drawing crazy detailed storyboards for each one of the spots helps with prep. I’m a big believer in storyboarding – it’s really the only way I can wrap my head around the finished product and how the edit will work).

In commercial work, how do you make directorial choices while aligning with the vision of the agency and brand?

At the end of the day, everyone wants to make a good spot, and it’s all about collaboration. The ideal set is one where there is trust: trust between the client and the agency, and also trust in the director. I find that listening to people, and also being open to the fact that a good idea can come from anywhere, is a nice place to start. I work hard on creating good relationships so that there’s a space for a happy productive set. A happy productive set for me means: me getting to make the choices I want AND the agency and the brand being heard.

You’ve worked with brands like MOMA, BBC and IKEA. Do you have any projects which significantly shaped your perspective as a director? Can you tell us how this happened?

Honestly – I have yet to do a job that hasn’t taught me something or shaped my perspective. One of the hardest lessons to learn in advertising (and maybe in life) is which battles to fight.  There are moments when it is appropriate and even necessary to fight really hard for what you believe in – and there are other moments where it’s OK to let go a little bit. Knowing these moments, recognizing them, takes experience. You have to make mistakes – loads of them, and that’s how you learn.

Are there any skills you wish you had earlier on in your journey as a filmmaker? What advice would you give to emerging directors on building these necessary skills?

I think certain things about being a woman – and how women are trained to be, which actually held me back early in my career – in an extremely male-dominated field. I wish that I would have been less grateful – something we as women are taught to be at a very young age. What I would say is, don’t be grateful, be bold, be curious, don’t be afraid to make mistakes but most of all believe that you have every right to be here.

My advice for emerging (female) directors would be: look at the work you’ve done. It’s really good, and you’ve probably worked twice as hard to get that work to be really good. That work – that is the reason why you belong here, in this industry, right now. Don’t question whether you’re in the right place or not. Question whether the place is right or wrong. And then let’s all keep working and fighting to make it more and more right.