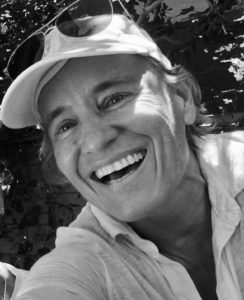 When shooting footage of sports, many directors don’t go beyond depicting the power and athleticism of the players. Katya Bankowsky, newly signed to Strike Anywhere, goes deeper in her latest work for the NFL.

Through her lens, both NFL athletes and aspiring youth football players get to explore the many facets of their relationship to the sport: their team feels like family, while the game becomes a transformative space for personal growth. Players discuss their college dreams, finding a community, and how football has taught perseverance in the face of obstacles. Katya captures an authentically introspective glimpse into her subjects’ lives, a rarity in sports commercials and a testament to her skill as a director.

Katya Bankowsky is a director and former advertising agency executive producer/director whose work includes award winning TV commercials, branded entertainment and digital campaigns for clients including Reebok, NFL, WNBA, Verizon, the US Olympic Committee, Chase and Brazilian Brahma Beer. She has worked with Maya Angelou, 50 Cent, Jay-Z, and several top tier athletes. She recently directed a piece for the NY Times on French fashion icon Michele Lamy, which kicked off a web series she writes, directs and co-stars in with Lamy.

Katya chatted with us about her start in advertising, shooting for social media campaigns, and finding creative solutions on any budget. 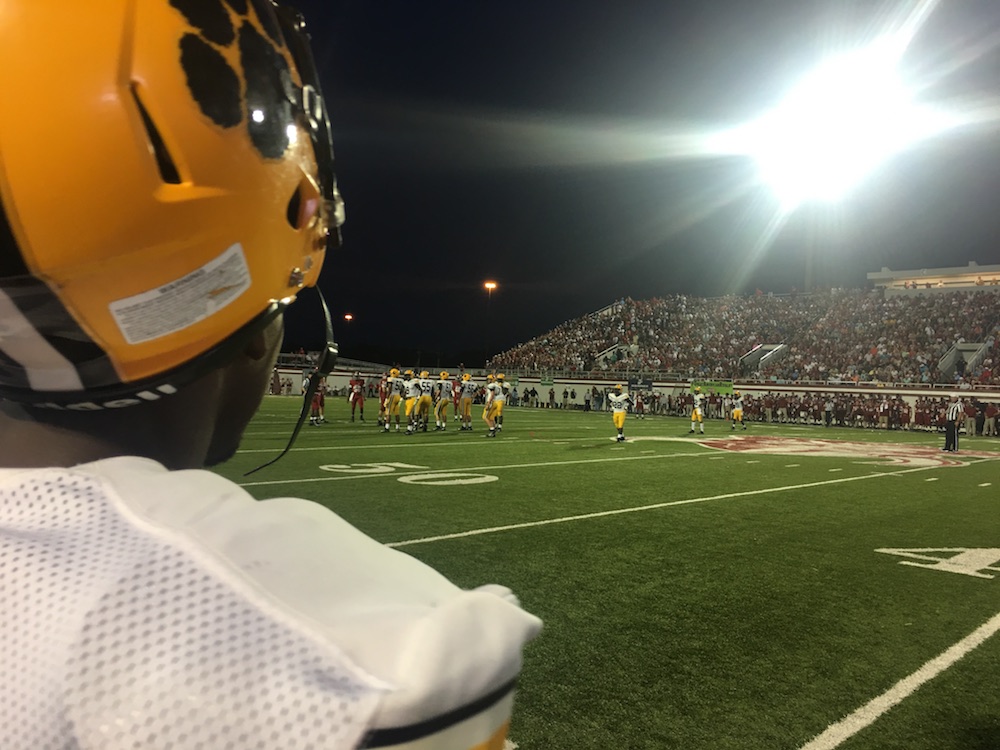 Can you tell us about how you initially got the opportunity to work with the NFL on this project?

Sure, just prior to the NFL project I was lucky enough to be tapped by Alonso Davila and Ty Baker, the creative directors at the Madison Square Garden ad agency, to direct a couple of spots for the WNBA.  These spots caught the attention of Executive Producer Carole McCarty, who was producing the NFL work for Translation. Carole asked me if I would be available to shoot the NFL Handoff Across America campaign literally all summer in order to capture social media footage for NFL Play Football. This was the NFL’s largest social media campaign to date. The work ran on Instagram, Facebook, YouTube, SnapChat and Twitter, so it was a great opportunity for me and lots of fun.

Since you’ve shot other sports-centric work before, what made this shoot particularly interesting? Particularly challenging? Did you approach this shoot differently from past work?

Yes, this shoot involved complete spontaneity, unlike other shoots where I do a treatment and a shooting board. We never knew until last minute what team we were shooting (and where), so the goal was to just be prepared to show up anywhere and capture the event and the NFL players who participated.  The agency creative team wanted to make the footage look like authentic IG stories, so we mounted a vertical Samsung on top of cameramen Todd Hollien and Massimo Legitimo’s 16×9 cameras, gave another Samsung to the players themselves to shoot their own selfies, and then we intercut between the various cameras once we got to the edit at Cut + Run and Wax. When time permitted, I shot footage on another Samsung – more IG stories, Boomerangs and whatever we felt was missing.

What was it like working with the young football players on this project? Were you involved in the casting process?

The young teams and the professional players who attended the shoots were chosen by the NFL, but once we arrived on location and met all the players, I would decide rather quickly who were the stars and give those players the Samsung to shoot their selfies with their teammates. So it was sort of on-the-spot casting, which I would then change out during the day, always favoring the players who were charismatic and comfortable on camera. The young players and the pros were amazing to work with and very enthusiastic.  I was surprised how introspective and open the players were about sharing their stories with me. I found these stories inspiring. 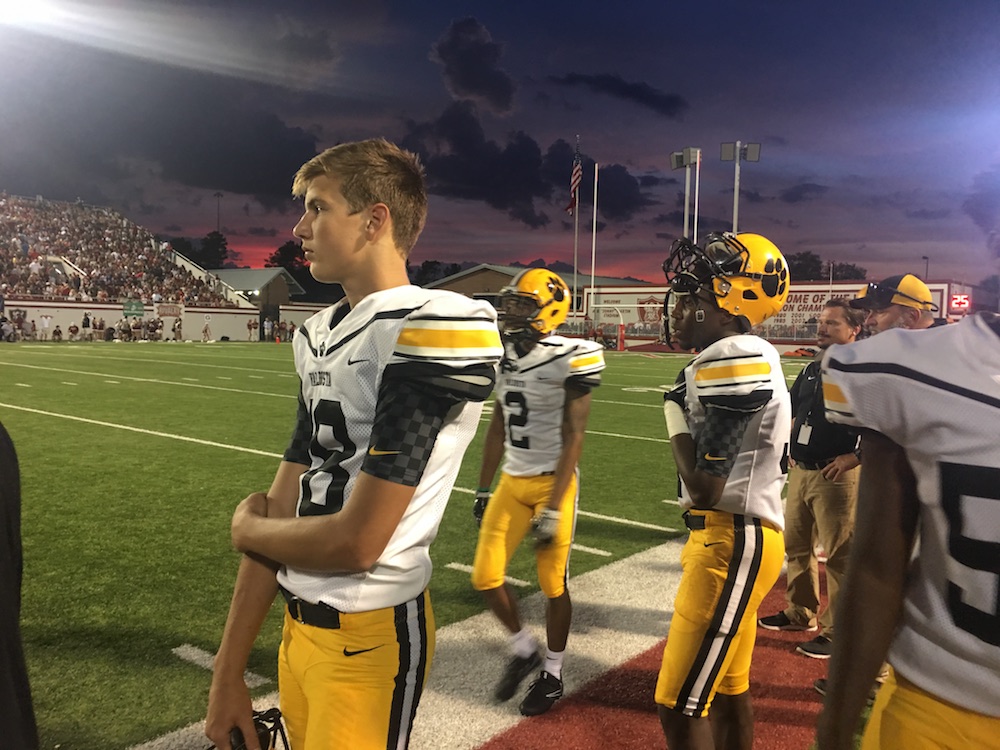 Tell us the story of your career trajectory – until recently, you were an in-house advertising creative. What was your path to where you are now? Were there any obstacles along the way?

When I graduated from college, I realized I needed to go to film school, but I also needed a paycheck. So I got a job in production at an advertising agency and learned how to make a film. The agency not only schooled me, it provided me with the funds to back my first independent film Shadow Boxers. I left the agency only briefly in order to edit the film myself at home and then go on the road for film festivals. Shadow Boxers played in some thirty film festivals internationally after its premiere in Toronto and Berlin, at which point Jeff Weiss, the then-creative director of Amster Yard, generously invited me back to Amster Yard to pay off my movie debts.  Jeff was a great patron of the arts and filled the agency with other people who also had creative careers outside of the ad world. I owe Jeff Weiss and his creative partner Paul Opperman (now of Opperman Weiss) everything for enabling me to make my movie and then further develop my skills as head of production and director within the agency.

Later, after a nine month hiatus during which time I wrote a TV series, I was invited by Roseanne Horn, the head of production at mcgarrybowen, to work side by side with creative directors Randy Van Kleeck and Warren Eakins in a hybrid position Roseanne created for me as an EP/Director. That is when my agency directing career really took off, with the support of Randy and Warren, who hired me to direct the international launch of Brazilian Brahma beer. We spent over a month in Rio capturing imagery not usually seen by outsiders, and then delivered a full range of media to the client, including TV commercials, short films, cinema trailers and a vast amount of web content.

How do you think working in multiple roles in advertising affects your sensibility as a director?

I think my experience working in so many different capacities makes me willing to look at any situation and figure out how to make it work creatively. The fact is, I made an entire feature film that won awards and obtained world-wide distribution for a fraction of the cost of a single :60 TV commercial. I believe a creative solution can always be found, almost regardless of the budget. There are limits, of course, but I believe it’s up to the director and production company to always offer a solution, even if it means reworking the concept with the creative team and client until everyone is happy and creatively excited. 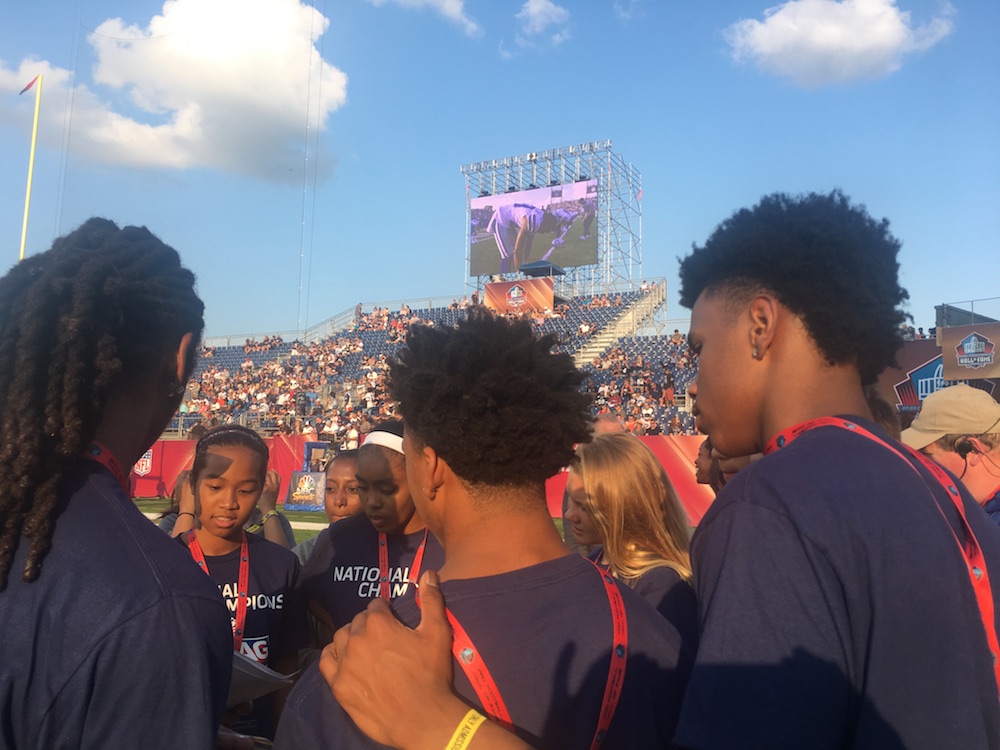 What are some of your favorite commercial projects you’ve gotten to work on?

I loved working on the NFL and the WNBA spots most recently and prior to that, I would say my favorite projects were filming Maya Angelou for the US Olympic Committee, shooting the Reebok Run Through Everything spot with the brilliant creative director Jeremy Lamin, and of course the Brahma Beer shoot. Overall, I have always been blessed with great creatives in the agencies, as well as heads of production like Roseanne Horn, Dante Piacenza and Paisley McCaffery who empowered me to do what I most wanted, which was to build my director’s reel while also functioning as an EP.

My early days working with Randy Van Kleeck and Warren Eakins on Reebok where we filmed the “bad boys and bad girls” of hip hop and sports for the Reebok I Am What I Am campaign was not too painful either. We had the pleasure of working with 50 Cent numerous times, who was extremely collaborative and a pleasure to spend time with. We also met Jay Z, Nelly, Pharrell, Amelie Mauresmo and Allen Iverson, and each shoot was inspiring in its own way.

Do you have any particular goals for your work in 2018 (or beyond)?

I’d like to continue shooting sports, music and fashion because all three subjects are so visually compelling and allow for a type of creativity I find extremely rewarding. I’m also enjoying my stint in front of the camera, oddly enough, for my series with French fashion icon Michele Lamy. This is a humorous project I concept, direct and co-star in, so it is more of an art project outside of advertising.  I’d also of course love to direct a long-form web and TV series where I can really dig in and immerse myself in a story, like I did with Shadow Boxers. I’d also love to do another feature if that opportunity arises. 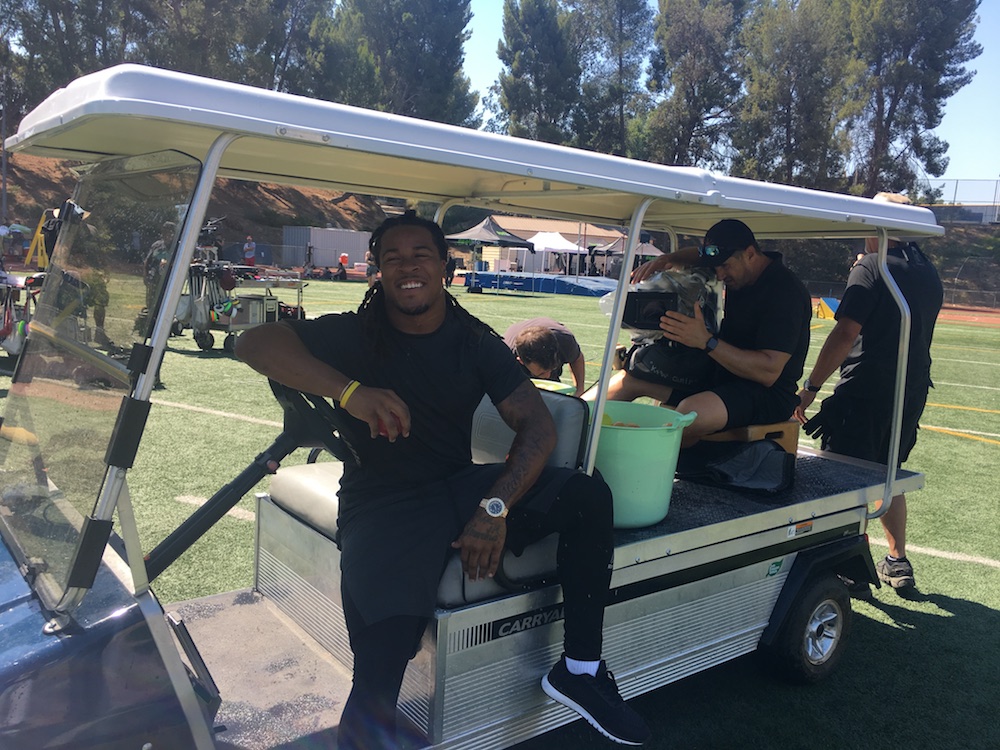 Congrats on signing with Strike Anywhere! What exciting projects should we be looking forward to with them?

Everything cool! Strike Anywhere is aggressively breaking the boundaries of traditional commercial advertising, and that’s why I find Strike such an exciting place to be. They are at the forefront of defining what the next iteration of the ad world will be and I really find their forward-thinking exciting!

Given your wealth of experience in the industry, what are some new exciting opportunities for directors that didn’t exist when you were getting started but do exist now?

Longform branded entertainment, for one, can be cool. I’d love to make TV or web series that are sponsored by brands in clever ways. That could be really exciting! I have so many ideas waiting to happen. 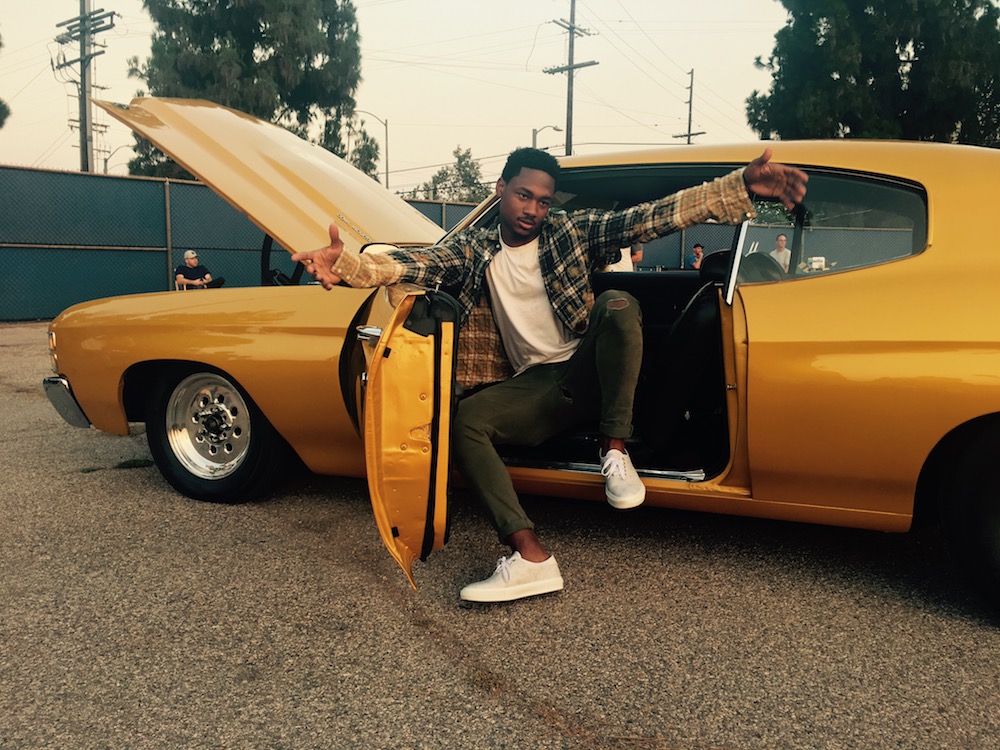 Free The Bid is committed to advocating for diverse perspectives and points of view. What do you think are some of the benefits to inclusive, intersectional representation on both sides of the camera lens?

Emma Reeves and the team at Free the Bid are doing an amazing job of providing a platform that is making it easy for agency creatives and producers and clients to tap into the vast number of up until now unrepresented or under-utilized female directors. The work that Free the Bid has put into this effort has been enormous and the payoff extremely rewarding.  Free the Bid is long overdue and the advertising and film world seems to be unanimously appreciative of and supportive of the initiative. In my point of view, bringing diversity of any kind to the film and ad world is incredibly important because this changes the dominant perspective and challenges expectations. I began every project by asking myself how I can challenge people’s expectations and show a positive aspect  of humanity that they may not have already considered.

What would your advice be to women directors who are just beginning their careers?

Just make it happen! Free The Bid is here – the world is ready for you. 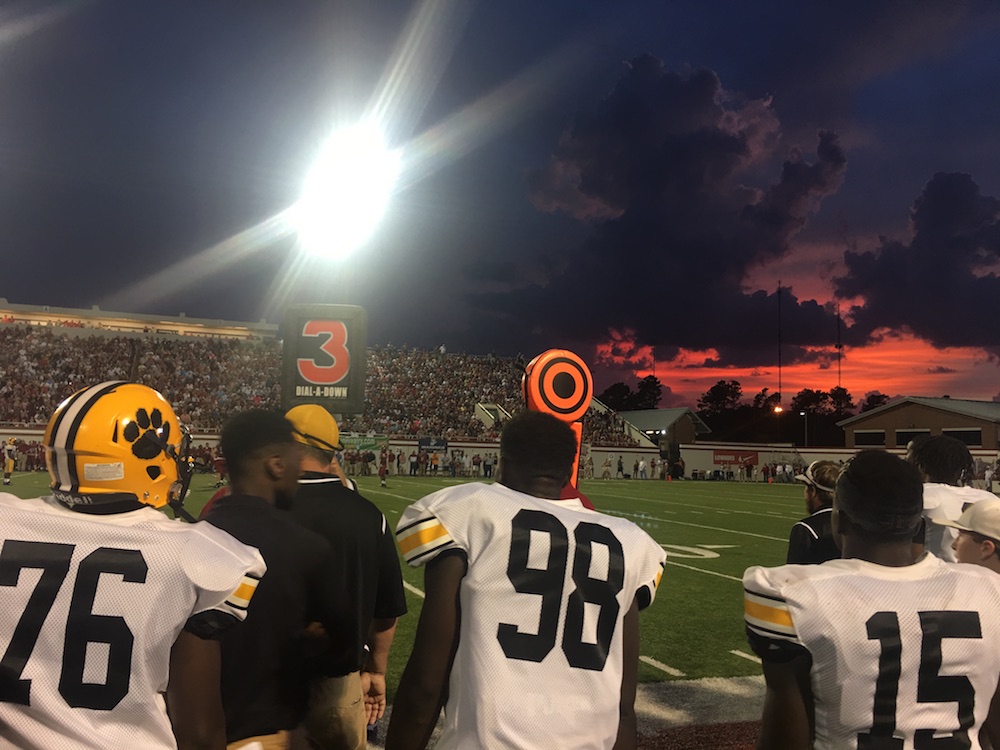