When it comes to humor in advertising, Geico commercials are at the top of the pack.

It’s no surprise, then, that comedy director pro JJ Adler, on the roster at m ss ng p eces, was tapped to helm pledged agency The Martin Agency’s latest efforts for the iconic brand. Having gotten her start at the Onion News Network, JJ has spent her career establishing herself as a reliable go-to director who brings the lols.

We spoke with JJ about the joys of working with a trusting agency, her lofty cinematic influences, and the precision required to make a joke land. 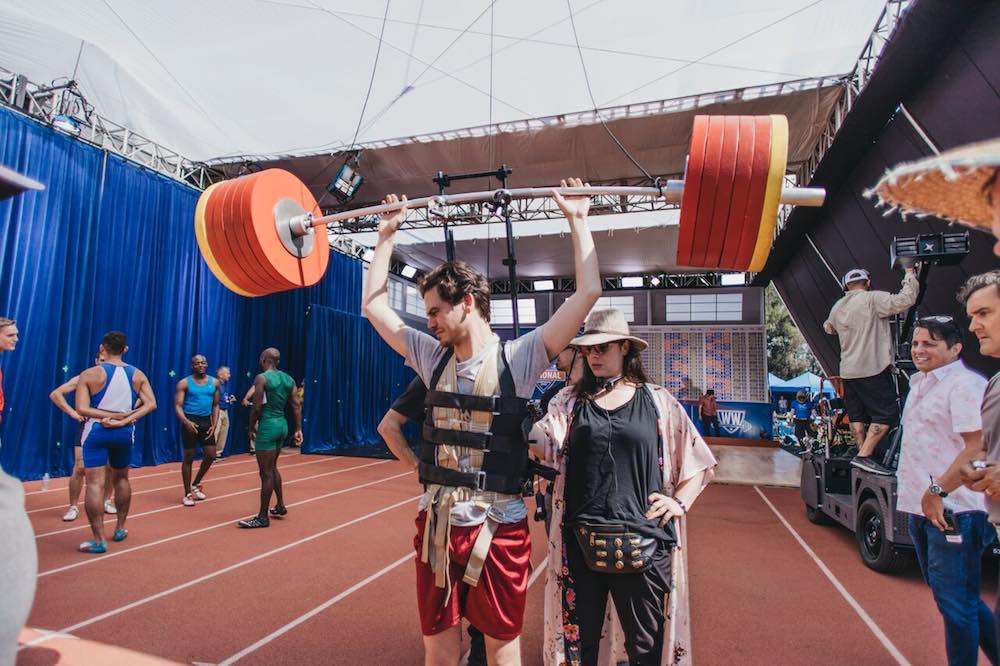 Geico has a history of hilarious advertising. How did it feel to be given the chance to craft multiple spots for the brand?

From the moment I started directing commercials, pitching on a Geico spot with The Martin Agency was a major professional goal. They’re responsible for such a huge chunk of my all time favorite ads. So when I was asked to pitch on two separate campaigns with two separate The Martin Agency teams — who have written and art directed just about all of my favorite Geico ads between them — I pretty much  couldn’t believe it. I was also bidding against 3 directors whose work I love.

All this is to say, it felt really good. It was a real “it’s an honor to be nominated,” kind of moment for me. I’m sure it sounds hyperbolic, but it’s true. I was so certain that this would just be my first time at bat and I wouldn’t score – so much so that when I called my mom to tell her I booked the gig, she didn’t believe me and said “maybe you should double check.”

How did you work with the cast to get the kinds of comedic performances you were looking for?

Conceptually, I liked the idea that the “Win-Win,” campaign would be helmed by three folks who are so good at what they do that they don’t need to brag. They’re perfectly unassuming, even while they’re crushing the competition. So we found three people who could just naturally nail that vibe and presence and amped up the sweetness as we went.

For the “It’s Geico Easy,” campaign, I basically wanted the opposite. These folks are the cat who ate the canary. I wanted them to seem like the type to normally be a bit uptight, but since they’ve got such a huge inside scoop, today they’re all swagger. We cast actors who each seemed a little off the trope for what they were being asked to do: our hypnotist seems like the type of guy who probably doesn’t have much power when not controlling people’s minds. Our coach is super mellow in what would otherwise be a high stakes, nerve wracking setting on account of his new “star” goalie. With each actor, we played around until we got that cocky swagger just right. 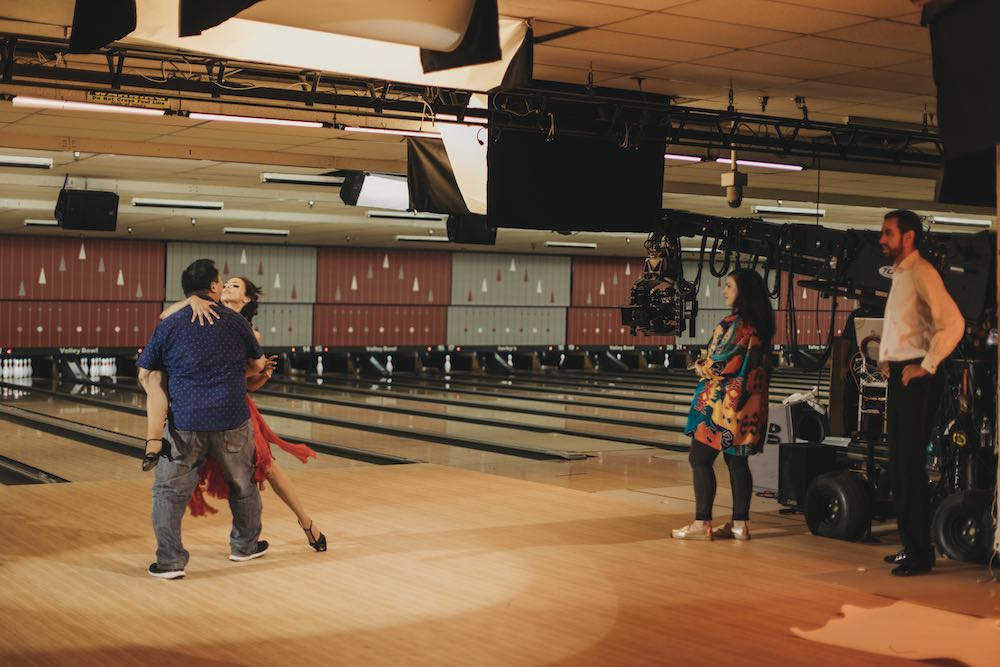 Were there any particular moments with the cast and crew that stood out in working on these spots?

It was one of the most fun shoots I’ve ever been on. It was complicated and long and there was a ton to do, but everyone brought their A+ game. My DP Damien Acevedo came to set with computer models of the complicated shots, production designer Bella Serrell built two sets in each location, the VFX guys kept saying yes, even when I literally could not believe what I was asking was possible… The agency was so trusting and hands off, it truly blew my mind.

My favorite moment on the shoot might have been when the Win-Win creatives came to give me what I think might have been their only note the entire shoot. It was, “the actor can deliver the line a little slower if you want. The script we wrote is a little short.” I mean, to get a note like that…wow. Anyone who’s ever worked on a comedy dialog spot knows these things are generally 10 pounds of meat in a 5 pound bag. It was a total dream. 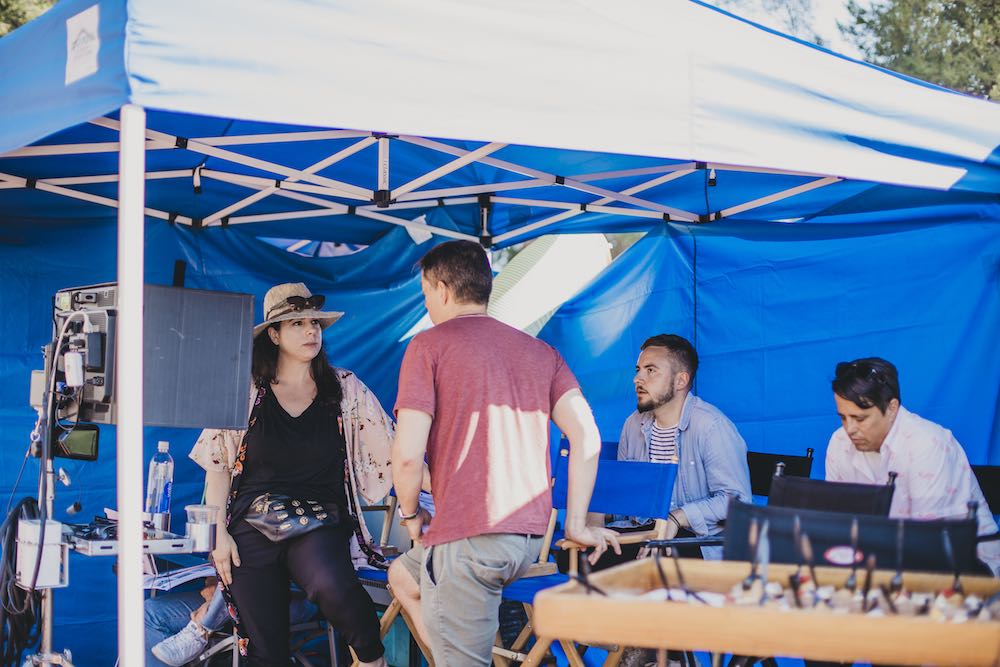 Since all three of these spots have elements that needed to come together during the post-production process, how did you work to accommodate these elements during the shoot?

I have some experience with VFX work from my time at The Onion. So a lot of my ideas about how everything (live action and VFX post work) should come together was in the treatment. Then, as we got into production, I tested and asked and talked with all the departments to make sure the plans were solid. We tweaked per everyone’s needs, etc. I’ve also been kept totally in the loop throughout post.

What qualities of the final work are you most proud of?

I’m just so excited to have been part of the Geico team. The base level ideas that The Martin Agency came to me with were top notch already. My team and I just got to layer on top of that and do the concepts justice. All in all, I think the spots are fun, grounded, silly, and visually memorable. Which are all my favorite things. And, most of all, they feel like they fit within the Geico comedy universe that I’ve admired for so long, which is super cool. 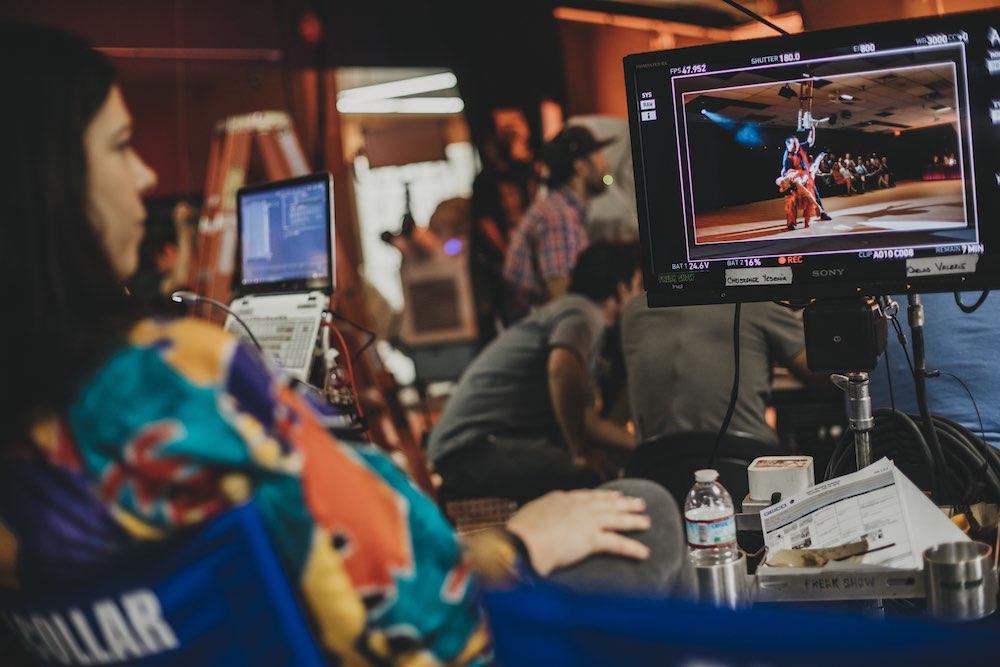 How did you initially get your start as a director? What were some early influences for you?

Right out of film school, I was lucky enough to get my professional start directing for The Onion. I was a founding creative and the Head Director at The Onion News Network from 2007-2012. I did their webvideo and the first season of the Onion’s IFC show.

I went to film school hoping to become a film editor. I wanted to be the next Thelma Schoonmaker to the next Martin Scorsese. I did a lot of editing for other grad students and one of those contacts hooked me up to be the editor for The Onion’s web project. We did R&D for about 6 months and by the time we launched the Onion News Network, I found myself directing clips as well as editing them.

I had pretty typical-for-my-age, lofty influences that it feels a bit silly to touch on in an article about comedy commercial work. But here I go! The technique and craft in Coen Brothers movies, the command of tone in Paul Thomas Anderson’s films, the cinematic innovation in David Fincher’s work, and the smart humor in Alexander Payne’s movies. And, although this influence came later, the raw emotion and grounded sense of reality in Andrea Arnold’s films.

But these days I think my favorite thing I’ve seen — something I wish I’d made — is “Enlightened,” the dearly departed Mike White series on HBO starring Laura Dern. It’s got a gorgeously executed tone that mixes humor, sadness, and longing, and a main character who can’t see herself yet but who is trying to. I just find it so moving, funny, relatable, yet uncomfortable. That’s the sort of long form work I aspire to do.

You’re well known for being a comedy director – how would you describe your own sense of humor?

I tend to find anything that’s grounded but surprising and silly to be funny. Even — or maybe especially — if it’s super dark. I love comedy that comes out of the ways we misunderstand each other and fail to see ourselves. 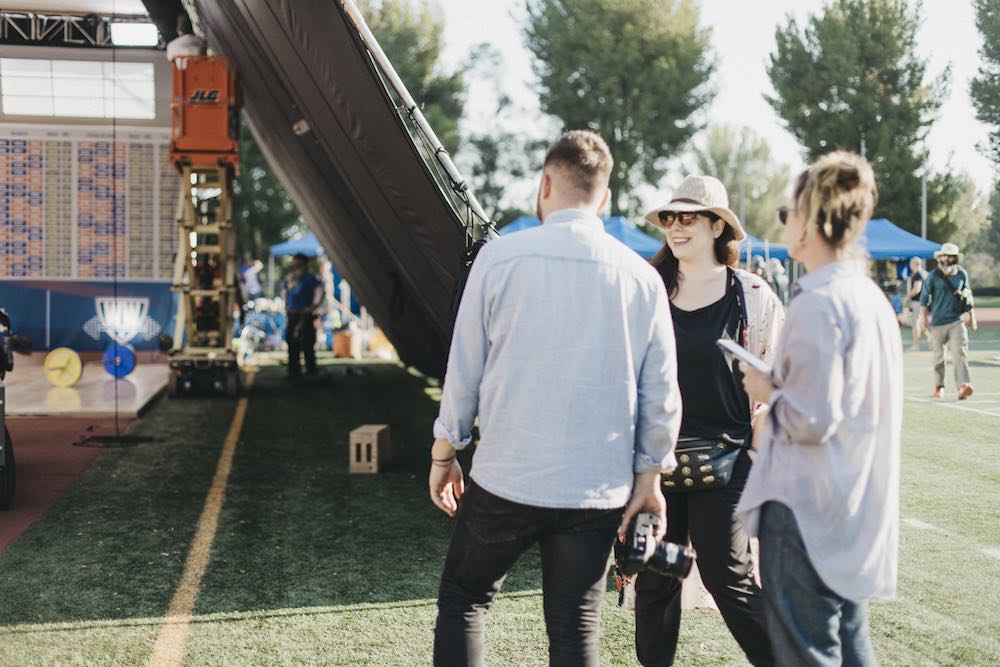 What are some of the particular challenges of shooting comedy commercials? What ways have you found to solve those problems in your own work?

Comedy is so specific. In my experience, a joke needs to be seen through all the way to the end of a project to make sure it plays. But there are so many factors that go into finishing a commercial where, even under the very best circumstance, the director just can’t be part of the equation. With a few notable exceptions (Geico being one of them), you basically move out of the loop pretty soon after the shoot wraps. And that’s particularly tough to take when it comes to calibrating comedy.

There are many times when a spot is released and I wish a performance had been cut differently, or I feel like the tone or pacing I wanted to convey got lost in post, or stepped on due to the music the client needed to license, etc. With short little comedy spots, one wrong performance moment can really swing the entire thing from funny to lame.

I try to address this by doing my best to make sure everyone stays on the same page throughout the shoot. It ups my chances that the spots gets finished as I intended.

But I’ve also learned to let go a bit. I know when things stray from my vision it’s almost never personal. There are just so many people and factors involved in the process. It’s the nature of the industry. 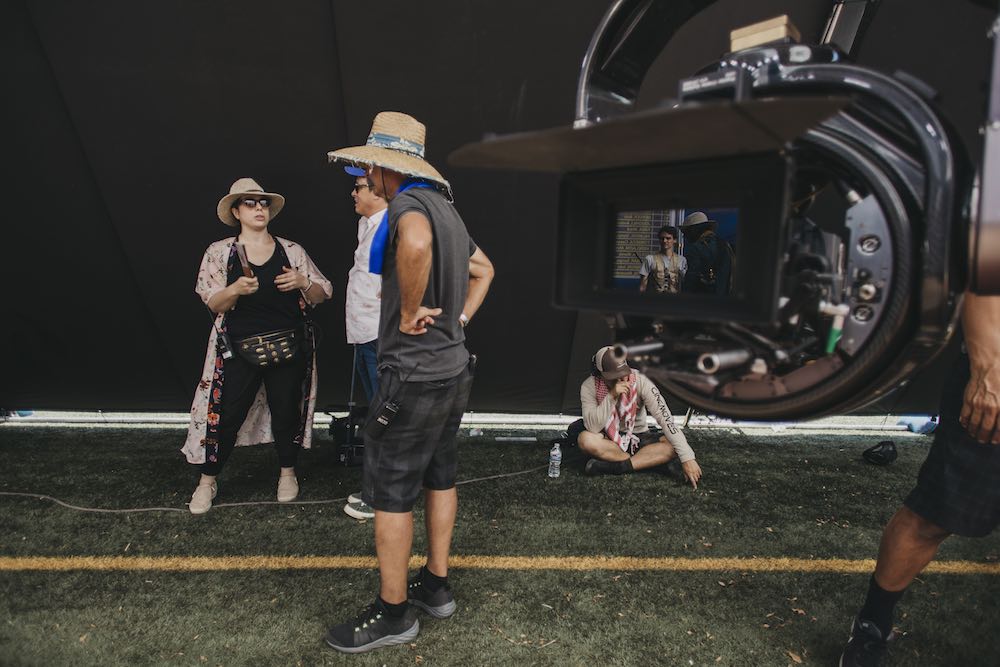 What are some of the most representative examples of your commercial work, and why?

I would say the “Girls Can’t Code,” PSA. It’s got some grounded performances and personalities, some distinct characters. And it’s very deadpan and wry.

I also really like “Manscaping Husband,” for Scrubbing Bubbles, just because I like the sense of fun and chemistry between the couple I got to bring to the story. It could have easily just been one of those “isn’t this husband a gross dope?” commercials.

I really love the “Catsies,” spot I did with Mother for Virgin Mobile. We assembled a cast of some of my favorite comedy writer/performers and got them to riff and play with some cute little sets and cats. They were so funny and game.

Are there any dream projects that you’d love to work on?

I just want to do more work like these spots, where the comedy is as much about the visuals as it is about the performances. Beyond that, anything that’s fun and has a cool new thing for me to try as a director.

What’s next for you – anything that we should look out for in the near future?

This is not quite the near future, but I’m working on a feature film! Hopefully I’ll get it done before the end of time. These things take forever. 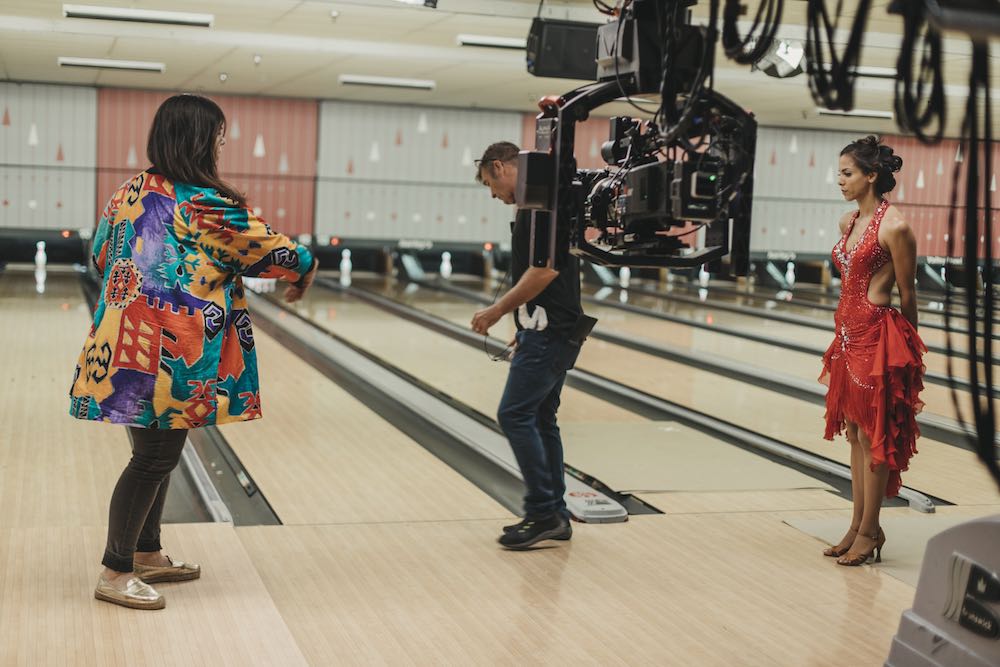 Anything you create is shaped by your personal experience. So including a diversity of perspectives on both sides of the camera only means more options for us consume. It’s pretty much the only way we can save ourselves from the boredom of seeing the same approaches to storytelling repeat forever.

Finally, what words of advice would you give to a young director?

Filmmaking is a community activity. Always be on the lookout for people you admire and who can be your teammates. Other up and coming directors, writers, actors, cinematographers, costume designers, graphic designers, producers, editors, etc.. Build each other up. Help each other out. Make each other look good and give credit where it’s due. Create your own supportive community both for fun and for ambition and when the tide rises you’ll have all your friends by your side. 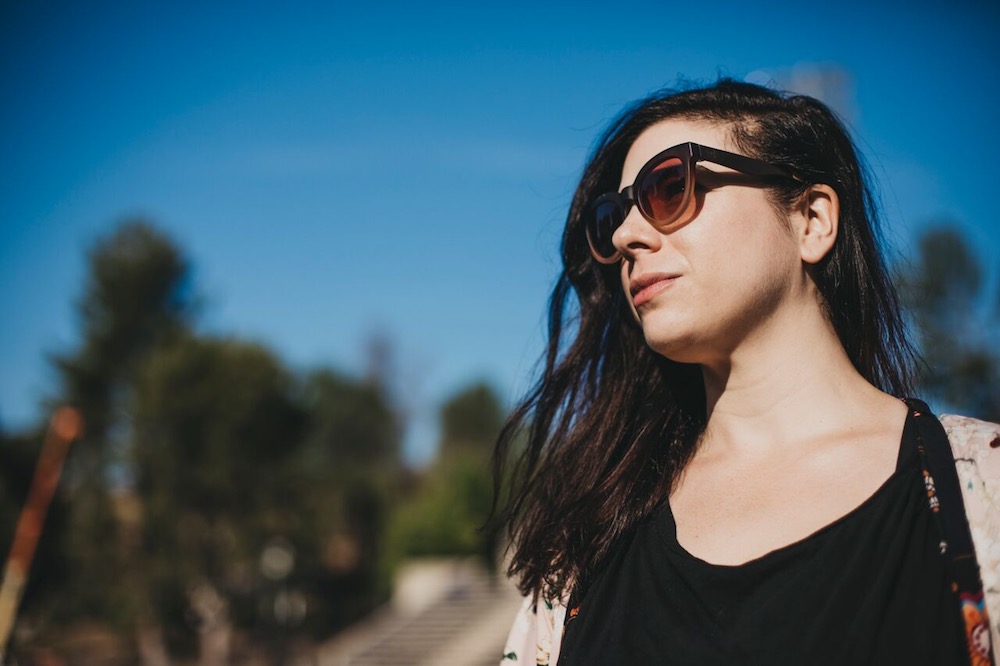