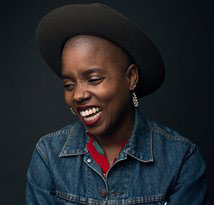 To help our pledged production companies discover new talent #FreeTheBid will feature unsigned directors with original voices who are doing work that can land itself to advertising. We will introduce you to a new director once a month or as soon as the last one got signed.

Janicza Bravo is a filmmaker who never shies from unforgettable choices. Her short “Gregory goes Boom” starring Michael Cera as a runaway paraplegic man looking for love at the Salton Sea, won the Jury prize Award at the 2014 Sundance Film Festival. Since then she’s directed 5 more shorts, a feature film starring Michael Cera and Brett Gelman, (Currently in post production) and an episode for Donald Glover’s new celebrated show “Atlanta” on FX channel.

Her films are full of absurd dark humor that highlights the inner life of the outsider.

The Martin Agency team behind the “World’s biggest asshole” for Donate Life.

If you’re a production company that would like to possibly sign Janicza we would love to make the connection!

Until then if you’re an ad agency and would like to have Janicza Bravo bid on a project please contact Representation Co. and one of the pledged production companies will handle the bid.