When Tool of North America director Jaci Judelson was given the once-in-a-lifetime opportunity to shoot tennis legend Serena Williams for Gatorade, soon after the birth of Serena’s daughter, Jaci brought her A-game and delivered commercial masterpiece “Sisters In Sweat”.

Created with TBWA, the spot blends a heartfelt voiceover of Serena’s hopes for the lessons that sports will teach her daughter in the future with footage of real teenage athletes. Skills honed on the field can have positive repercussions throughout a woman’s life, as shown by a quick pan across childhood photos of women like Elaine Welteroth (former Teen Vogue editor-in-chief) and YouTube chief executive Susan Wojcicki playing sports.

Since its release, “Sisters In Sweat,” has been massively awarded: among others, the spot took home awards at the 2018 Cannes Lions and Clios, won the Digital Advertising award for the Comm Arts Advertising competition, and is up for the D&AD Impact Awards in the Diversity & Inclusivity category.

We spoke with Jaci about her commitment to truthful storytelling, creating beautiful work with low-tech constraints, and the influence of French New Wave filmmaking on her craft. 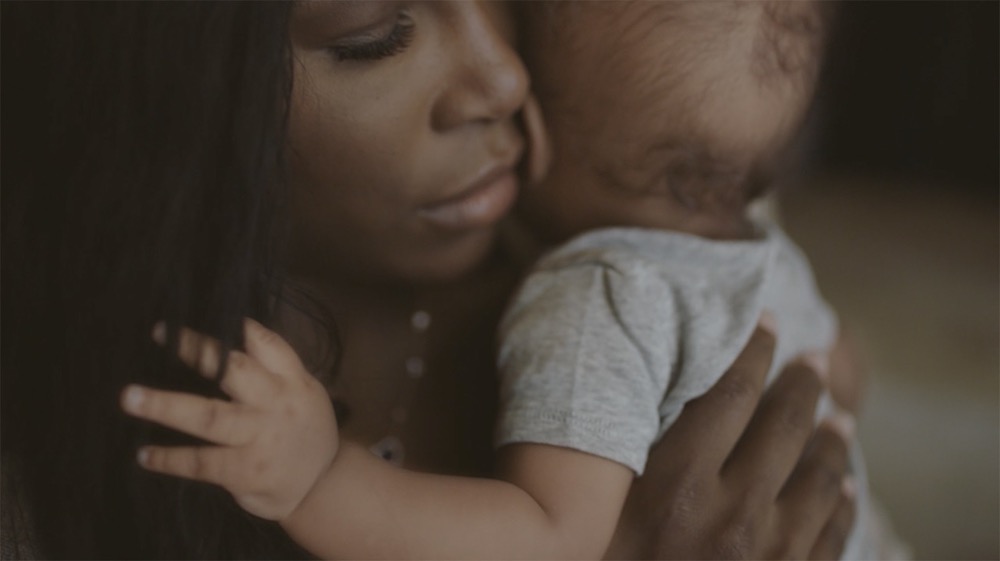 “Sisters in Sweat” is such a moving spot – when you first had the opportunity to come aboard to work on this film, what was the initial appeal for you?

Basically everything about Sisters in Sweat appealed to me immediately. The team from TBWA\Chiat\Day inspired me minutes into the first call. The message itself was something different and unique, and having it delivered by Serena Williams made even more impactful. We cast real athletes, not actors. This created a general tone of truthfulness in our storytelling, and allowed for who we were casting to come through naturally, including the choice to keep Serena so unplugged.

What were some of the highlights of working with Serena Williams (and a body double for her newborn child)?

Serena was wonderful to work with. She cares, she’s a total pro – just what you’d imagine. She had only given birth two months earlier, and only later did she reveal publicly what a hard time she had. So it made her commitment to this all the more touching. 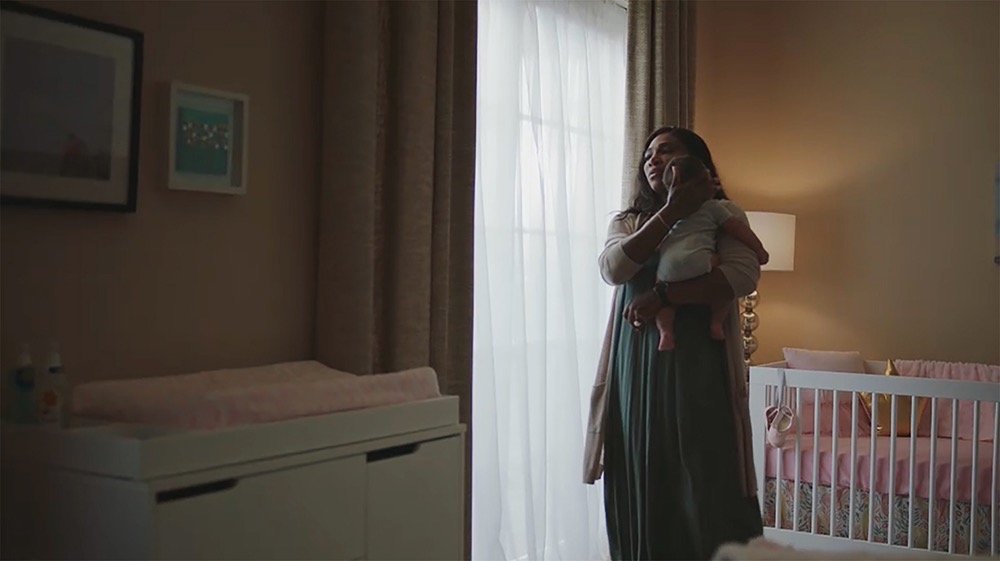 What was your directorial approach for this film – what kind of direction did you give, while shooting both the segments with Serena and the sections of teen athletes?

Overall, I wanted something truthful and real. That was my litmus test for everything: that unflinching honesty mixed with a strong visual look for the film, which is somewhat unique to shooting sports. I wanted a documentary sensibility, but with a cinematic visual approach.

We only had Serena for limited time. I just wanted to capture the quiet, the intimacy, and the connection to the baby. I needed movement from her to connect visually to what we would be shooting days later with the athletes. So my direction basically consisted of choreographing where she could move in the space. I prepared everyone so that we’d keep shooting, pretty much no matter what the babies did as we rolled.

With the young athletes, there were gestures I was after for the cuts, but I also wanted them to do what they would do naturally in those situations. And again, I wanted a type of subtle intimacy between them and the camera.

There were some specific things I knew I wanted to juxtapose to Serena’s text. A runner to help someone up from another team, for example. I asked the other runner if she could take a fall, figuring she’d had that experience and could probably pull it off. I just didn’t know she’d do it so well! And cry so believably!

What are some challenges of shooting sports and movement, in the way that this spot required?

We kept the stakes up for the girls when they were actually playing. I wanted them to get worn out and sweaty and keep their focus on their game, and ignore us – which, for non-actors, they pulled off well! For the most part we moved around them; it was a dance in a documentary style, and I knew my DP Danny Hiele would get in there and feel out the frame, or I’d point him toward what I was after. Much of it was on the fly to keep the spontaneity and energy. We were pretty low tech, to get in a lot of shooting in one long day with the athletes. The highest tech we got was a golf cart for the running shots around the track! Same held true for the lighting, and we broke down the day by assessing what natural light would give us. That gym had one light outside! 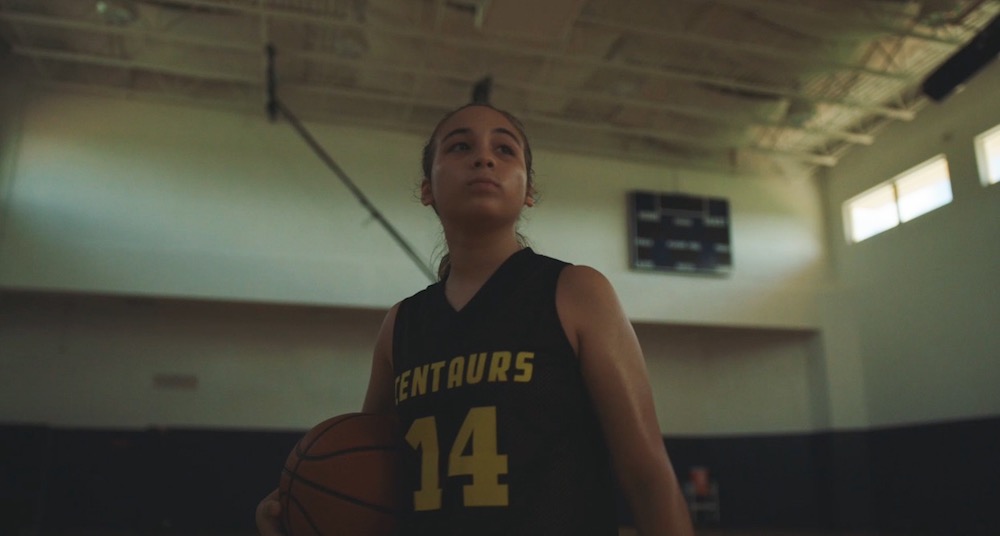 What elements of the final spot are you most pleased with?

I love how the girls are portrayed. I was moved by Serena’s reading of the text, which was done in a half hour in her trailer after we shot. The edit and the music were spot on as well.

The film has been highly lauded at advertising awards shows, having now taken home a Bronze Lion at Cannes, two Addy Awards, two Clios and more. How has it felt to have this work recognized for such prestigious awards?

It’s been the icing on the cake, for sure. We all walked away from that shoot feeling that advertising can make a positive difference in some way. That’s nothing new – for me it’s always felt like the way we need to look at things: how can we bring out what’s honest, what’s human in what we portray, whether it’s poignant or has humor, whether it’s cause-related or not? 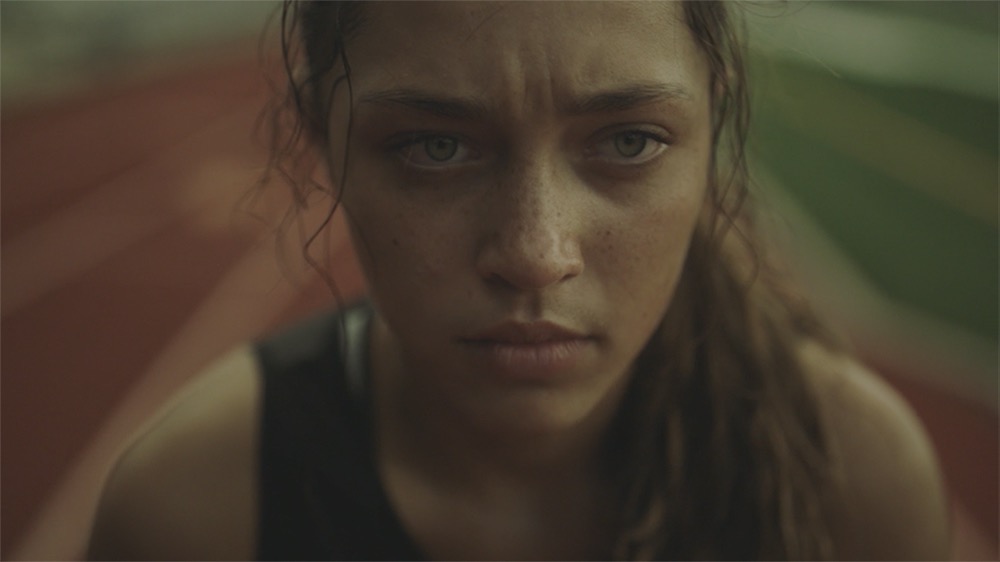 Since “Sisters In Sweat” was released, what other exciting projects have you been working on?

I’m working on a personal documentary project over time, as I haven’t done one in a while. I recently shot some nice projects with messages that, for me, align with what matters, including work for T-Mobile and their commitment to military families and to hiring veterans. I worked with the DP Linus Sandgren (American Hustle, La La Land), who brought real depth to that work.

Over the course of your career, you’ve shot documentary, branded content, and commercials, after getting your start at Vogue. What are some of the projects that you consider to be career highlights?

Honestly, I think my shoot with Tony Hawk for an online campaign for Mercedes Benz remains a highlight for me. We got to shut down LA streets somewhat randomly as we shot. It was story driven, but documentary in style. He’s another world class athlete and a hero, and totally game.

How do you feel like your documentary work informs your commercial work, and vice versa?

My commercial approach is very much rooted in my documentary experience. There’s of course artifice to making a commercial, as there is for a film or a documentary. To begin with, there’s a camera present. When I look at a project, I’m always looking at how I can create visual cues that imbue a story with reality and meaning and access a range of human emotion. As with making a documentary, I tend to keep my subjects (actors or non-actors) in commercials focused on what they are doing, rather than on us being there. I also tend to throw direction at them as we roll and keep them a bit destabilized.

I was probably first more informed by Godard and Truffaut and Louis Malle and the French new wave, and the seeming realness and messiness of a moment that is actually crafted but feels documentary in style. I still have that in my DNA. 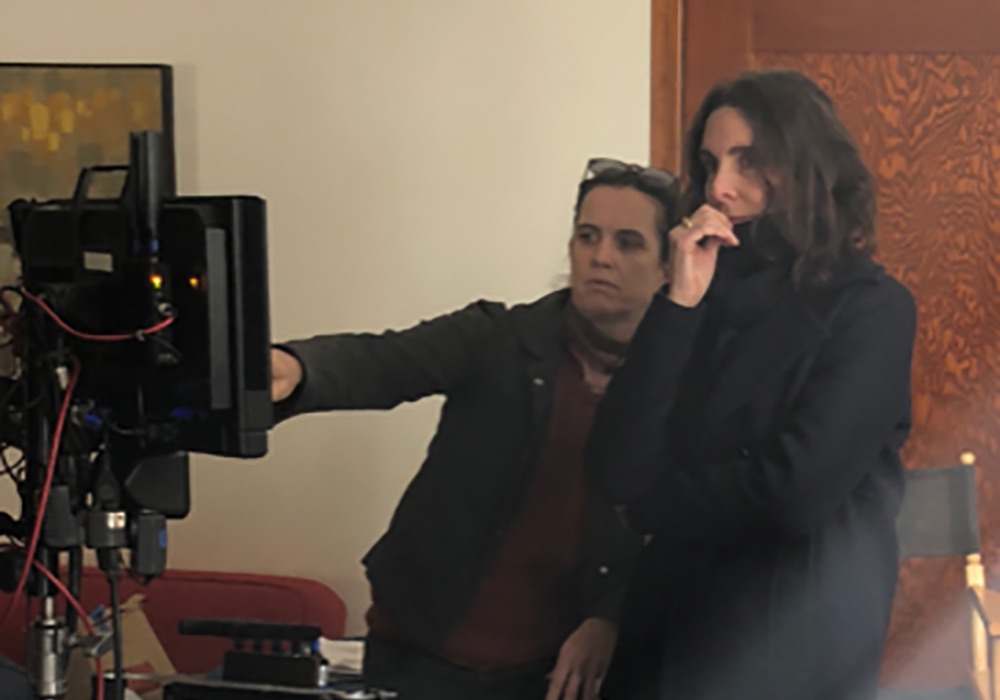 Since Free The Bid is committed to diversity on both sides of the camera, what are some positive personal experiences you’ve had working with diverse teams?
I believe in working with the right people for the project, and have long relationships with male and female crew members! I love my brothers and the mix of energies on a set. I love being in bid pools with the dudes and having to figure out what I would bring to a project that is particular to me, not as a female filmmaker but as a director who happens to be a woman.
I was recently asked to hire an all female crew, and I had such a range of mixed emotions about it through the process – I missed the guys who I’ve come to trust and with whom I’ve worked so closely throughout my career. I’ve always believed in mentoring, and that giving women opportunities that don’t feel forced creates a genuine chance to bring out their best. Despite my initial ambivalence, we wrapped that shoot in a skate park on International Women’s Day and gathered everyone for a photo, and it was a powerful moment for all of us to see so many girls and women on one set.