March 8th marked International Women’s Day, celebrating the achievements of women worldwide and amplifying the continued need to push for women’s rights throughout all industries and freedoms within all societies.

For us at Free The Bid, every day is International Women’s Day. We’re a global initiative working tirelessly to create real, tangible change for women behind the lens within advertising, entertainment, and media. Free The Bid’s goals go beyond empowerment; we work to ensure that women directors, editors & DoPs have their work discovered & valued, that they get hired, and get paid.

Our support of women is a fully inclusive vision – we’re fighting for the talents of ALL women. We celebrate and aim to provide opportunities for women of all races, women from diverse economic backgrounds, women from every corner of the globe, trans women, queer women, women with disabilities…as long of a list as is needed to encompass every woman who wants to pick up a camera and have her work recognized.

We’re happy to share a selection of work that directors from our global database have shared with us in honor of the holiday, along with quotes from each director on their process and thoughts on Free The Bid’s mission.

If you’re a director in our database who has created an #InternationalWomensDay piece of content that was not included in our roundup, be sure to contact us so that we can include your work in our “Here’s The Work” newsletter at the end of March!

Animator Anna Ginsburg’s CNN-commissioned short film for International Women’s Day is an exploration of the history of the variety of women’s bodies that have been valued throughout society. “What Is Beauty?” is a Vimeo Staff Pick!

“My little sister has Anorexia. She has been hospitalized for the last year and fed using a tube. She has had the illness since she was 12, she is now 20. Witnessing her suffering over the last 8 years has made me think a lot about western ideals of beauty and the increasing extremity of the objectification of women in our culture. I know anorexia evolves into something with control at its heart rather than body image. However, the mental heath crisis in young people reflects something about our society and its core values.

I want this film to serve as a love letter to EVERY FEMALE BOD! Your body type has been the definition of perfection at some point. We are all in the same boat, exposed to unattainable and often dangerous ideals of beauty everyday.

On Free The Bid: A single woman pitching on every job…this does not seem like much to ask, and yet it would be a revolution. It would give a voice to so many talented creative women who in this male dominated industry do not have one and therefore begin to believe they do not deserve one.” 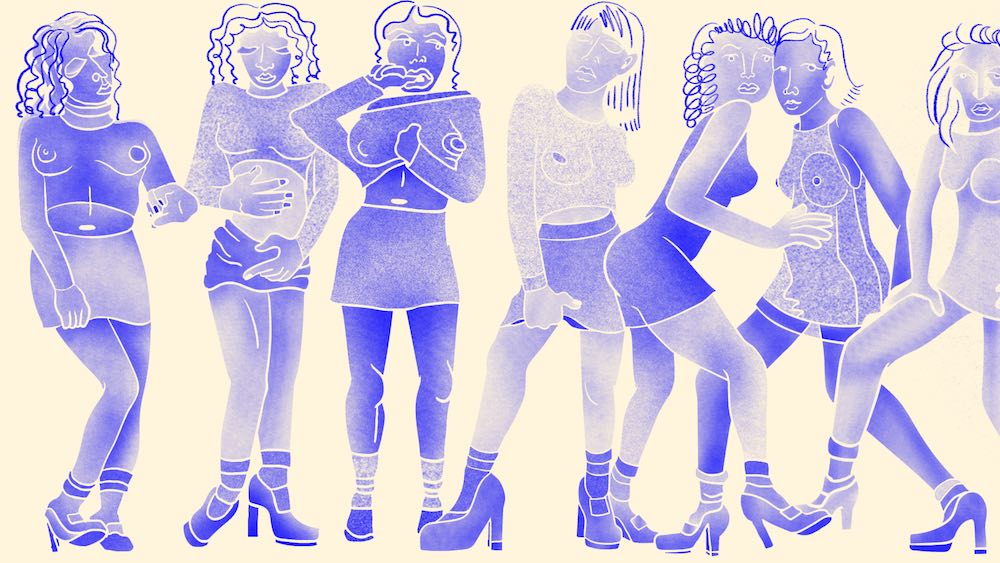 Dutch director Basha de Bruijn’s #ItWontStick, created with FCB Amsterdam and WeFilm, encourages women to support one another instead of shaming and bullying.

“The film is about finding peace within yourself and being OK; just as you are. We live in a world where it seems like everything is about appearance. It’s really easy to get insecure or to feel like you’re ‘not right’ or you don’t fit ‘the profile’ (whatever that may be). It seems like we’re more critical than ever when it comes to our looks or our behaviour. We can be real bitches to others, and of course, to ourselves. It’s time we’re being a bit nicer and don’t waste our time on bad vibes. That’s why I wrote the poem in the first place.
On Free The Bid – I’ve never been more happy with something I wish that didn’t exist.
We, the so-called ‘female directors’ want the work as hard and are as competitive, smart and creative as our colleagues who happen to be male. But somehow, we’ve had to miss out on all the fun for years.
Luckily the tide is changing… you can smell the new creative spring in the air and Free the Bid has had a massive part in that change. The initiative provides a constructive way of giving creativity and talent a fair chance by breaking the bias.
Free the Bid is the embodiment of something we, directors, have known for a very long time;
(Let us) Show…
Don’t tell
And I love them for that.”

Newly added to the Free The Bid family, US-based Brittany’s mini-doc for pledged brand Levi’s focuses a lens on activist Tarana Burke, founder of the #MeToo movement. The film is a part of #IShapeMyWorld, Levi’s partnership with digital media company GirlGaze. 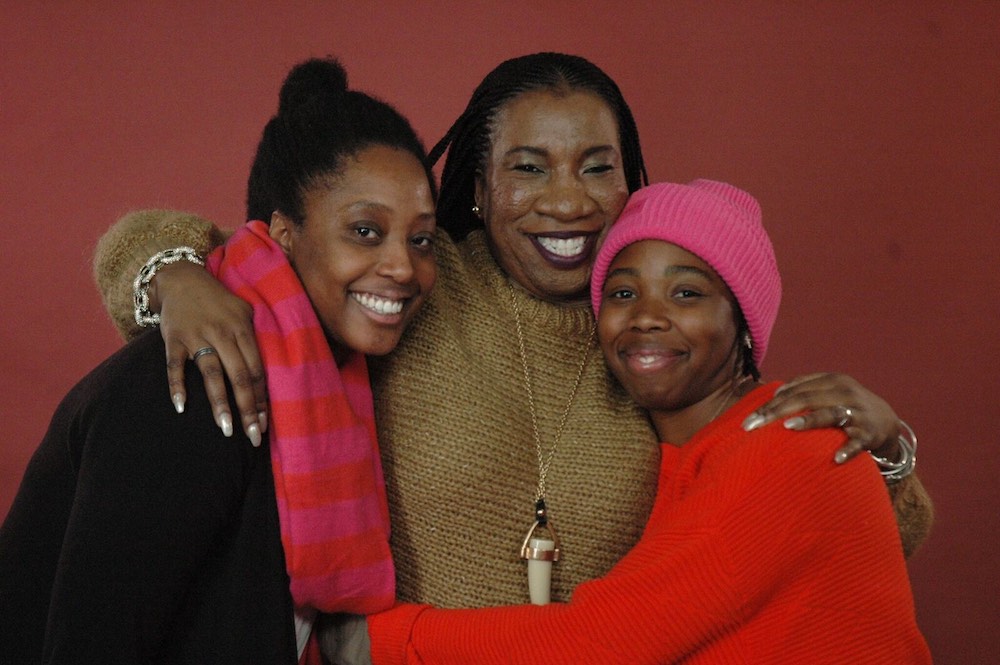 “As a storyteller, I am passionate about telling universal, empathetic and compelling stories that highlight the humanity of individuals who are often categorized as “other” or under-represented and marginalized. It is vital to me that their humanity be shown on screen in all formats including commercials, film, television, and music videos. Additionally, I believe that we are living in a time where women and girls tell their truth now more than ever. My hope is that my work will inspire women and girls to be courageous to tell their stories.

Advice to other filmmakers: As a young black woman, I am determined to tell stories about people of color and show their interior worlds and lives. I am tenacious and have always been dedicated to forwarding the imagery around people of color from all over the world. We are living in a time where a Black Panther, Get Out, Coco and Wrinkle in Time can
all co-exist with one another. No matter the adversity, I face I will continue to push through the challenges. Being tenacious and always looking for non-conventional ways to be a storyteller is some of the best advice I can give to other filmmakers and storytellers. Avidly look for opportunities, contests, fellowships, etc. to submit your content to all the time. You have to be proactive and not accept no so easily. Never limit yourself or allow someone to put you in a box. Be willing to always be different and try new things, new conventions and new forms of storytelling – how else do you expect to be great?

Don’t be afraid to be distinct or different – these are the beautiful things that set you apart from the pack. So go out there and create some cinema magic, already!” 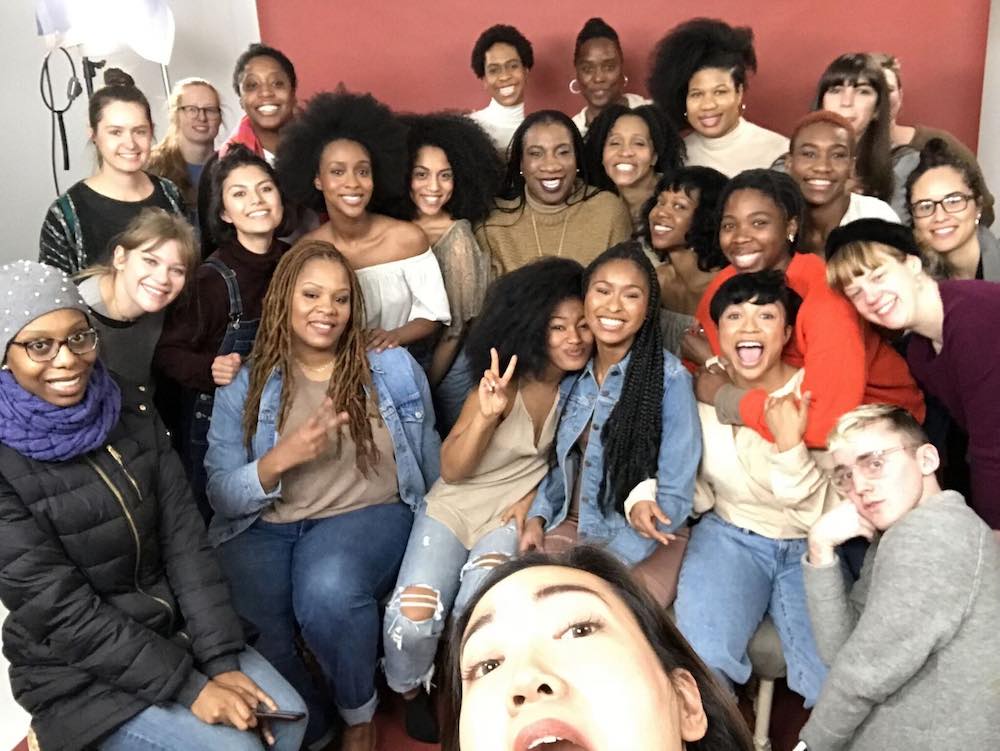 “Every year on International Women’s Day, I’m reminded of the progress that I benefit from, and the women who came before me to make that possible.  This year, I directed two branded pieces for Google in honor of International Women’s Day centered around an initiative called #ChangeTheGame. #ChangetheGame aims to bring awareness to the lack of female representation in the gaming industry.

The videos feature prominent female gaming influencers, Hannah (@Cybernova), and Sonja (@OMGitsfirefoxx). Bringing their unique perspectives and backgrounds to each piece, Hannah and Sonja were asked to imagine what a video game character that represents them would entail. In the aim of speaking to their organic audiences, my goal as a director was to capture the tone and voice of each creators content in these videos while elevating the message of #ChangeTheGame.

Over the past year, FREE THE BID, holds a similar significance to me as International Women’s Day in terms of solidarity. Seeing women from varying stages of their careers unite on one platform has been really powerful. Thanks for the love FREE THE BID. There are so many talented female directors cutting their teeth and continuing their long careers outside of the traditional confines of the Hollywood studio or traditional commercial system. I’m grateful to FTB for continuing to shed light on the work.” 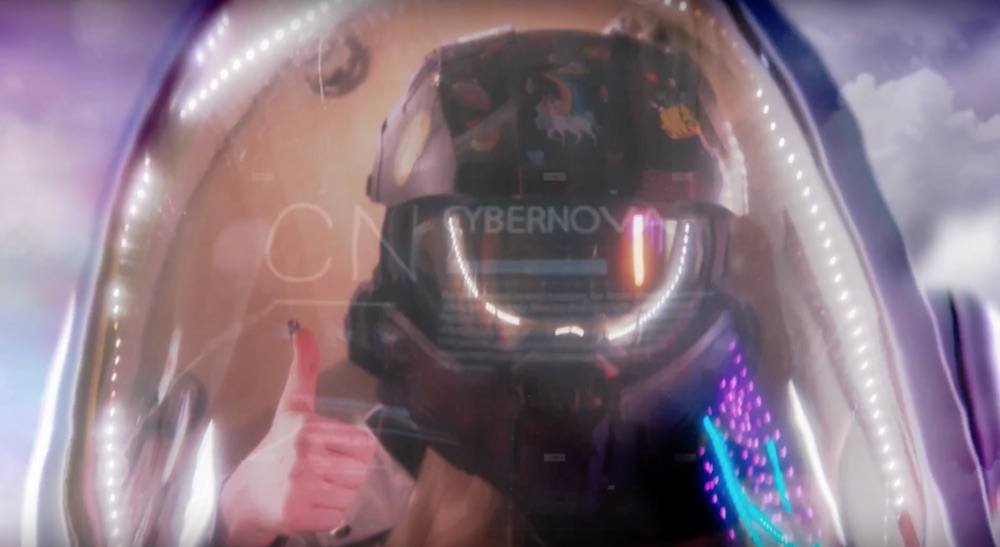 German director Hanna Maria Heidrich’s campaign for British telecommunications company Vodafone focuses on the next generation, letting kids ask the tough questions that underline how ridiculous the gender inequality in the adult world really is.

“I was really excited to work on this campaign, as gender equality and female empowerment is a topic close to my heart.

At first glance, the film raises a series of childlike questions. These kids are seriously trying to understand the rules of the word they are living in. Their innocence and naïveté is a beautiful mirror to the resignation that we all too easily slip into and a refreshing jolt of energy to help us break out of the mindset that “things have always been this way”.  I mean, who hasn’t heard that before? But if recent events have taught us anything, it’s that we need to go back and look at the world with fresh eyes, and ask some very basic questions about how we want the future to look like.

Having big brands like Vodafone launching initiatives that empower women and understanding that equality is a key pillar of a smart business is super important and the way to go.

It was important to me in the film to capture the originality of these kids. I tried to capture some real behaviour, both from the kids letting their real personalities show, and in the way they mirror the mannerisms and behaviour of adults. It’s those little unexpected details, like a raised eyebrow or a head shake, that created this cool and charming clash between sophistication and innocence that I had in mind.

I am proud to be part of the #freethebid movement. And it’s great that  #freethebidgermany has now moved to Germany as well with the powerful Elisha running the show. The fact that the initiative also constantly publishes images of female directors on set working in their profession is priceless. I am convinced the more images the world sees of female filmmakers at work, the more we soften the stereotype of what a successful director looks like. My dream is to bring this kid’s eye view of the world one step closer to reality and make it just the most normal thing in the world to see a female director rocking a big set while her female DP shouts down, “Hi,” from the crane.” 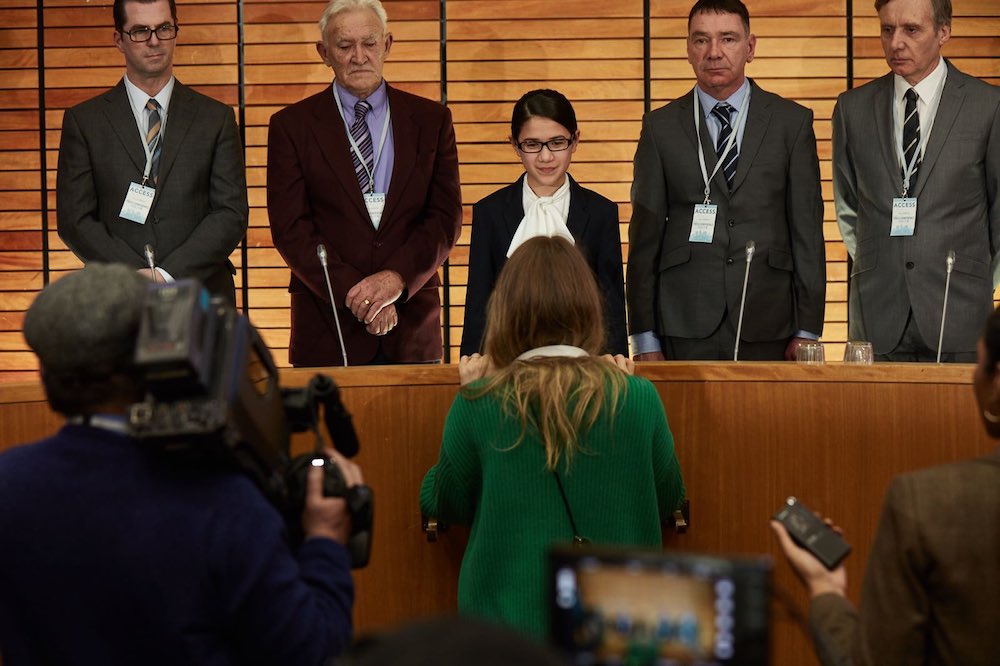 We know that the women directors in our international database are constantly creating wonderful work, and we love to find ways to shine a light on their latest projects!

If you’re a director who has an upcoming project, especially one where you’ve worked with a pledged brand or agency, please contact us so we can discuss the best possible way to feature your work!