HANNAH LUX DAVIS – THANK U, NEXT

When the London Alley director’s video for Ariana Grande‘s “thank u, next,” dropped, it smashed the record for most Vevo views within a 24 hour period (55.4 million…!). If that wasn’t impressive enough, the video’s impact even caused a weekend-long spike in Amazon‘s Prime viewership of the films referenced in the video: Mean Girls, Bring It On, 13 Going On 30, and Legally Blonde, along with releasing a flood of GIFs and memes that are still dominating Instagram timelines.

The masterfully orchestrated rollout of “thank u, next,” included the use of excitement-building social media teasers, a livestreamed premiere on Youtube Premiere (complete with a countdown to the video’s release), and a savvy leveraging of the video’s cast of celebrity cameos and their meme-able potential. Combining all of these elements with pitch-perfect recreations of 00’s teen classics helped the “thank u, next” video ride a wave of nostalgia into the stratosphere.

“Clearly, this team knows how to seize their moment and make the most of it,” Adweek writer Dani Calogera noted, pointing out the lessons that all marketers could take away from this master-class in virality. “Hopefully, brand marketers are taking notes.”

Of course, creating memorable visuals is par for the course with Hannah Lux Davis, a name that’s been synonymous with some of the biggest music videos of the last few years (no, seriously). We chatted with the director about finding the unifying threads of empowerment within the rom-coms that she recreated, freaking out Jonathan Bennett (y’know…Aaron Samuels) with the accuracy of the “Jingle Bell Rock” scene, and how important it is for a director to be a great listener.

Your video for Ariana Grande’s mega-hit “thank u, next” takes viewers on a journey through some iconic teen films – Mean Girls, Bring It On, 13 Going On 30, and Legally Blonde. How did you arrive on the initial idea for this project?

The song, as you know, gets very specific with the lyrics – listing names of her exes, for starters – yet it’s also very playful, honest, and empowering at the same time. The song really re-defines the breakup song with her positive twist on the concept, and for someone whose personal life has been in the spotlight so heavily, I think it’s quite fearless! When it came time to talk about the video, Ariana had the idea of a “Burn Book” of sorts right away, but instead of writing nasty, mean things in the book, we would write positive things about each guy — a “thank u, next” book. So Mean Girls was the first film we entertained as a base concept for the video. Then (as it often does when Ariana gets excited about something) the idea grew and spiraled into incorporating even MORE iconic rom-coms, which we were equally obsessed with from our formative years.

The process made us realize that all the movies we loved/listed (Mean Girls, Bring It On, 13 Going On 30, and Legally Blonde) had even more in common than we first thought. As it turns out, each movie starred a charismatic leading female that endured a breakup/heartbreak that rocked their world to no end, which forced them into a world of self-discovery and perseverance. They all came out on the other side, empowered, stronger than ever, and more aligned, better versions of themselves – and maybe even unknowingly, grateful for their ex! For example, if Warner hadn’t broken Elle’s heart in Legally Blonde, she would have never followed him to Harvard where she discovered her passion for Law!

Once we were locked in the films we loved, the challenge became cherry picking the iconic scenes (and outfits!!!!)

This, of course, isn’t your first music video collaboration with Ariana – you’re also responsible for many of her previous videos, including “Breathin,” “Side To Side,” and “Into You,”. What has working together in the past taught you about each other’s respective creative processes? What are some of your favorite aspects of Ariana as a collaborator?

Over the years, I’ve learned to be a great listener. It’s important to have an understanding of what the artist is after – how they want to position themselves and what they are wanting to convey. Sometimes they don’t don’t know how to articulate it exactly, which is why building relationships is so crucial.

The more I’ve gotten to know Ariana, like any relationship, the better we’ve been able to communicate. I know she likes to work quickly and be involved in all stages of the process, so as I work I’m always sure to include her. Location photos, art references, cast, and especially the edit – she is very much in the know, and often times working directly beside me in the edit. Some of my favorite aspects of Ariana (obviously in addition to her undeniable talent across the board) is that she is incredibly smart and understands production. She knows when to give me time to let me do my thing – she’s respectful of that.

Part of the fun of this video is the multitude of celebrity cameos (Troye Sivan, Kris Jenner, a very pregnant Colleen Ballinger, and Jennifer Coolidge, among others)! What was the energy on set like, while filming with this cast?

The energy, as you can imagine, felt really ALIVE. Everyone was genuinely excited to be there because it was obvious we were all a part of something really special. I’m not lying when I say that everyone was a total pro and brought their A-game!

Were there any particularly memorable moments during filming?

Shooting the “Bend & Snap” scene from Legally Blonde was absolutely one for the books. The set (designed by John Richoux and his incredible team) looked SO spot on (perhaps even a little too spot on, lol), and working with Jennifer, Ariana, and our quirky cast within that world was pretty surreal. Growing up obsessed with that movie (and that scene specifically) it was pretty wild that we got to recreate our own version of it! Other highlights include the Mean Girls hallway strut with the real Aaron Samuels. My sister and I had the biggest crush on him growing up, so to work with THE “Aaron Samuels” was pretty legit. Jonathan Bennett is such a sweet guy and it was especially fun watching HIM trip out as we re-created the “Jingle Bell Rock” scene. He couldn’t get over it.

From a filmmaking perspective, did realizing the vision for this film pose any technical challenges?

Well, right away, I knew that the edit – namely, transitioning from movie to movie – was going to be A THING! I didn’t want the video to feel like a haphazard clusterfuck, so figuring out the structure was important to me. I ended up downloading the films and spent a night cutting them together to the song. From there, I got a feel for the flow and where things made sense lyrically.

Originally Ariana and I wanted the video to open with the scene from 13 Going On 30 – the video opening the video on the back of a bride would have been pretty epic, considering her newly called off engagement. But when I dove into the edit and got to the 3rd verse (“one day I’ll walk down the aisle holdin’ hands with my momma”), I knew that it made WAY more sense there. Figuring that out at that point made it so we could get her singing her line and, to me, made that scene all the more special.

Logistically speaking, we knew we had to be really buttoned up in terms of our scheduling. We had a TON of wardrobe, hair, and makeup changes on our number 1, and we had to create a schedule that worked for a lot of variables which included cameos, daylight, school hours, etc.

Aside from the costumes/sets, what filmic elements did you try to recreate from each of the original films referenced?

Without even realizing it, a lot of us hold a piece of these films in our heart. They were a part of us, consuming them over and over during our most influential years, so it was important to maintain the spirit of each of the films. There is a sense of doe-eyed curiosity and fight inside each character.

All of these original films are classics of female-centric comedy (despite the fact that they were all directed by men). In paying homage to these films, both the music video itself and the teasers that were released in advance are very funny. How does humor inform your work, in a general sense?

Even though I thoroughly enjoy comedy, I’ve haven’t really worked in the space much. I do believe that good comedies start with good material and talent who get it. I knew we were walking a fine line and was respectful not to direct someone to over-act or be too on the nose. In this case, when working with someone as brilliant as Ariana, I knew we’d be on the right side of it – she’s hilarious.

You’re an incredibly prolific music video director – what are some of the most memorable projects you’ve had the chance to work on over the last year?

“Thank U, Next”, for obvious reasons — and I’ve been told we broke the internet!? 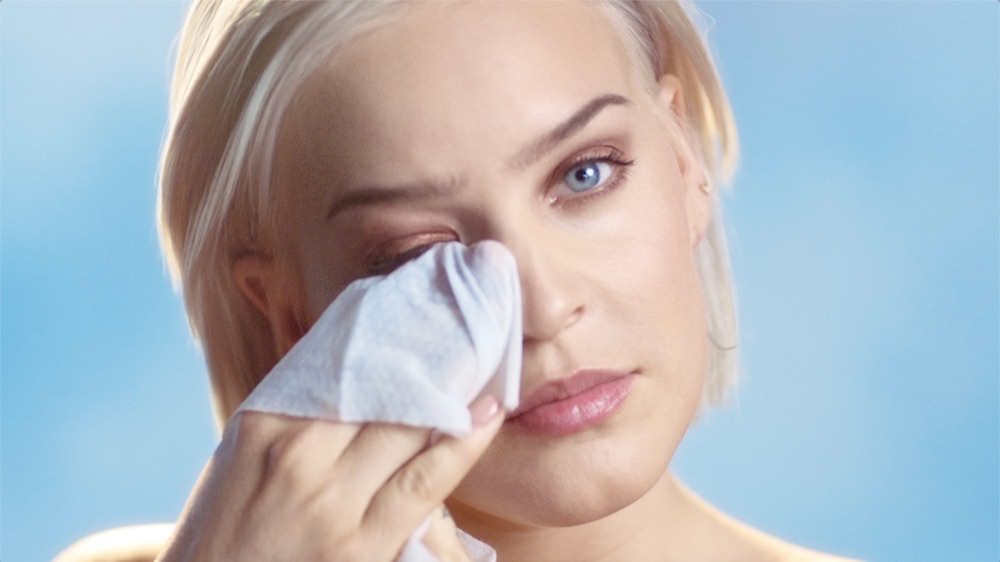 Anne-Marie’s “Perfect To Me”, because I adore the message and it was fun to create a docu-style video. She’s amazing as well – one of my favorites.

Halsey’s “Alone” ft. Big Sean and Stefflon Don, because it took visual cues from one of my favorite films — Baz Luhrmann’s Romeo & Juliet. 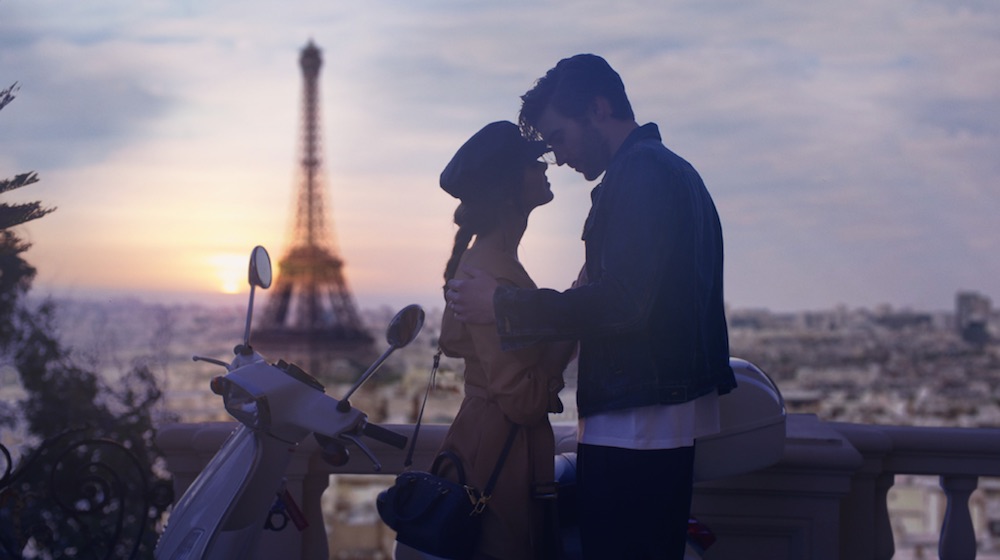 Ariana’s “Breathin” – it was our first project back together after a bit, and I was reminded of how much fun we have when we get to work together.

Free The Bid’s mission is to make sure that women filmmakers have equal access to storytelling opportunities across media. What do you think the world misses out on when women directors are not given the chance to showcase their diverse creative visions?

I think a female’s perspective is incredibly unique. I believe we’re wildly intuitive and obsessed with details, and I especially believe that women telling women’s’ stories can be tremendously powerful. The more women directors there are, the more well-rounded a society’s perspective of the world can be.

In closing, what words of advice would you give to any women directors interested in forging similar careers?

Aside from the obvious — meet people, get on set, say yes to all the jobs (for experience) that come your way, and work in as many departments as you can — I believe it’s important to CREATE your own opportunities.

Even though filmmaking is absolutely a team sport, understanding and having been a part of all of these aspects of filmmaking really (and I mean REALLY) helped me get my start and continues to serve me well. 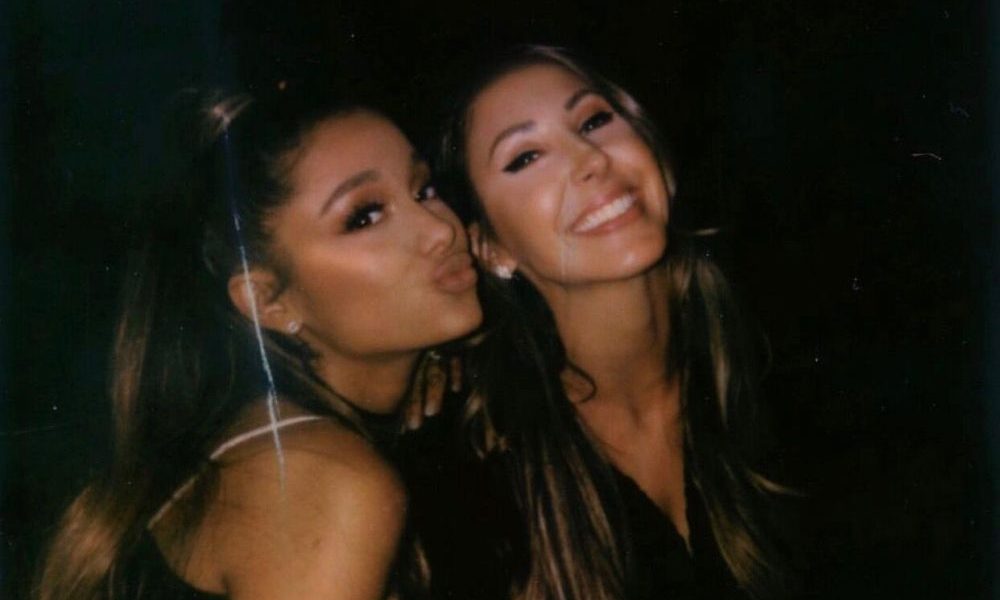