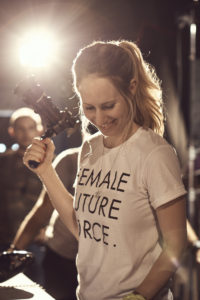 Need an added boost of fairytale magic to get into the spirit of the season? Director Hanna Maria Heidrich (Believe Media, Radical Media) has got you covered!

Hanna Maria’s festive and sparkling “#YouShall” campaign for UK department store Debenhams updates the classic Cinderella tale of missing shoes for 2017: this Prince Charming turns to social media to help him locate the owner of the abandoned footwear. With her signature aesthetic flair (and the help of guest star Ewan McGregor), Hanna Maria makes the real world feel like a cinematic wonderland.

Hanna Maria Heidrich first burst onto the directing scene in 2010 with her environmental campaign “We Miss You”, which immediately led to international recognition. She loves bringing unconventional themes and imagery to life. Her intense focus on human nature is underscored by her tightly-structured narratives, in her constant search for that magical film moment. Hanna Maria has already received more than 40 international awards for her commercials and short films. Her work was featured at the prestigious Saatchi & Saatchi New Directors’ Showcase and Young Director Award at Cannes, the Art Directors Club in New York and Berlin, and Shots Magazine in London.

We spoke with Hanna Maria about the awe-inspiring beauty of shooting in Budapest, creating her own fairytale visual language, and the importance of finding the fun in your work! 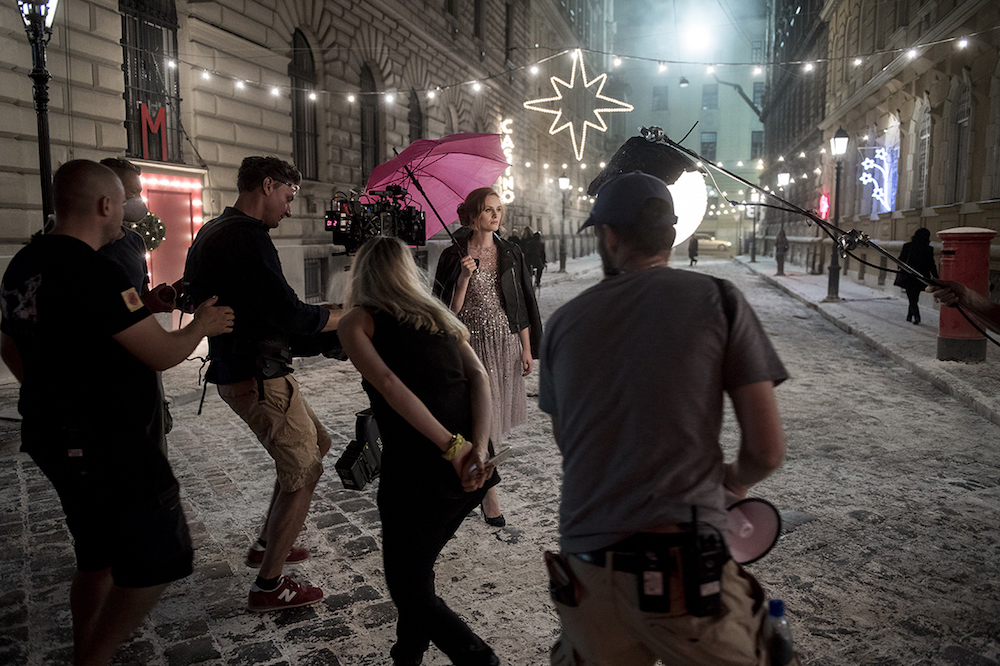 How did you initially get the opportunity to work on this year’s Debenhams campaign? What were your first thoughts when reading the script?

The project came through my UK representation Believe Media London and I was immediately excited about the idea of bringing a modern fairy tale to life and creating a unique visual language for the project. It’s this contrast between reality and a heightened cinematic universe that I always enjoy creating.   In my meeting with the creative Andy Smith at J. Walter Thompson in London, we defined a shared vision for the project and the agency gave me room to interpret the script to build the most cinematic version of their idea.

Tell us about how you approached the casting process for the film. What qualities did you look for? How did you go about working with the actors on this shoot?

I was looking for actors that could breathe life into their roles and whose personalities would shine through. Directing actors for commercials is always a challenge: you need great actors who can convey a range of emotions within seconds. But due to the short screen time, most scripts don’t offer much depth or scenes that allow them to play with nuance. As a director, I always try to find ways to help actors make more of their roles and to breathe life into the short scenes.

For Elly’s and Josh’s first meeting on the train, I wrote some dialogue text. This dialogue helped to establish the characters and tone and gave them more to play. Even though we only see them looking at each other in the final film, these moments are the reactions to what the other one has just said, or the moment when they are just about to say something.

We also picked up the dialogue at the end when the characters meet on the street again. It was nice to see how the text was suddenly loaded with emotion from the the previous shooting days. The atmosphere had completely changed. 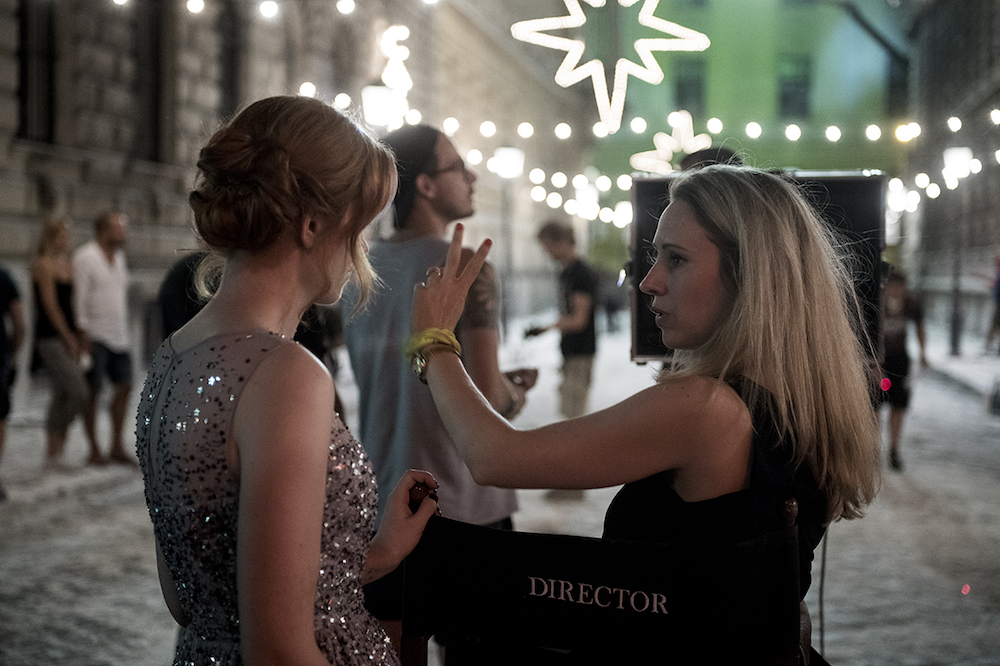 Working with Ewan McGregor must’ve been amazing! What was shooting with him like?

Ewan is a true professional and equally kind and charming in real life as on screen. I shared the edit with him on set in London and he liked the film, so it was easy to get the shots we needed.

Did this shoot have any other personal highlights?

Shooting with the leading actors Stephanie Mae and Christopher Beckford was an absolute joy. We shared a similar sense of humor. Looking at the behind-the-scenes pictures, it feels like we were nonstop cracking jokes. 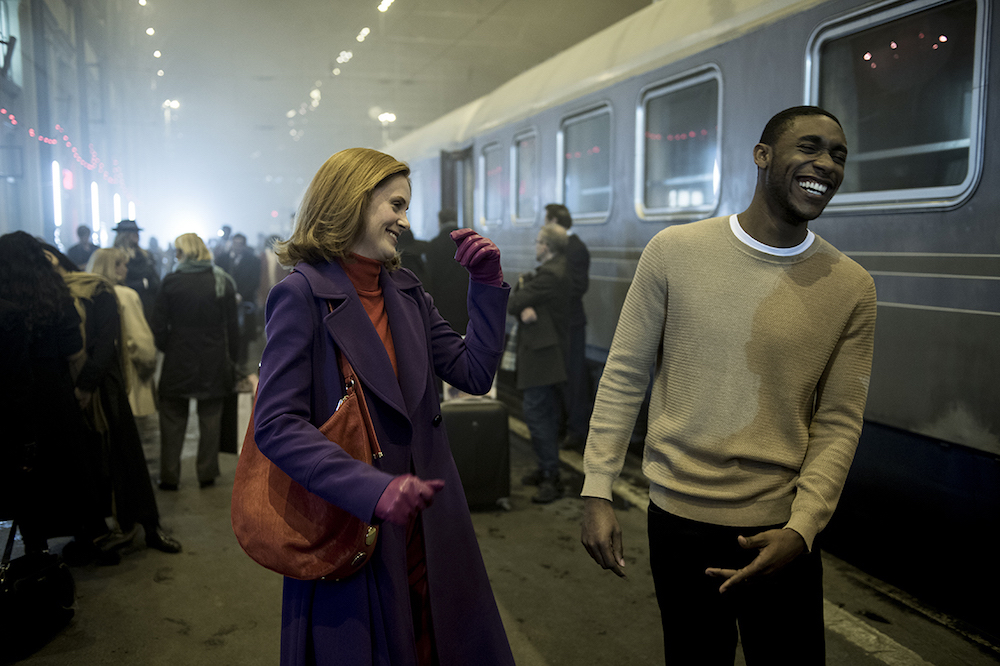 How important was the location to the final film? Did the setting pose any unique challenges?

The location was the key to build the heightened reality I had in mind. I was thinking of a combination of clean graphic locations, contrasted with timeless backdrops. I also wanted to include Art Deco elements to give our locations an ongoing sense of journey, mirroring the idea of the characters slowly moving towards each other. We originally aimed to shoot the campaign in London, but we looked at Budapest at the same time. After an early location recce, it was clear that Budapest was the perfect choice: the unique colors of the city and its rich textures were exactly what I wanted.

I had shot in Budapest before, but every time I do, I am blown away by the city. There’s a sense of timelessness that is just stunning, and I often found myself wondering if I had just traveled in time. 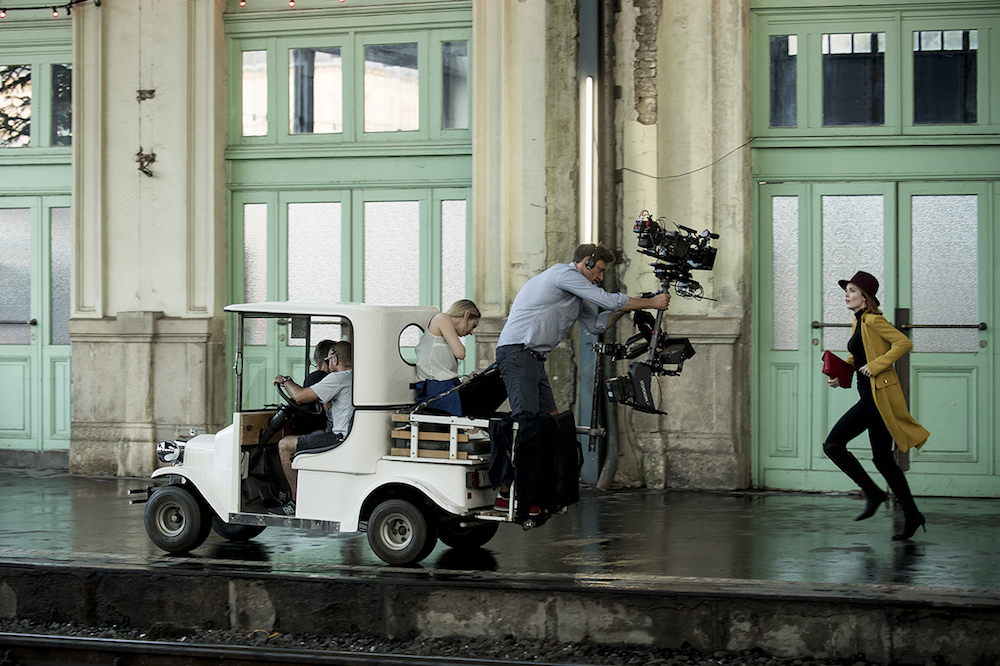 Since this campaign is so cinematic, what were your main visual reference points for the look and feel of the ad?

Of course I wanted to throw in some subtle nods to the classic Cinderella story, such as the spiral staircase. In addition, my production designer Marketa Korinkova and I also looked at Hitchcock’s striking technicolor look in “Vertigo,” as well as “Funny Face,” “The Umbrellas of Cherbourg,” or the amazing “Singin’ in the Rain,” films that also inspired “La La Land.”

To create our own fairy tale language, I strongly focused on the color code and carefully chose the colors of the location, the key props, the wardrobe and light for each scene.

What would you hope for an audience to feel when viewing the final product? What qualities of this work feel especially true to your personal vision?

I hope to take the audience away from their daily hustle for a few seconds into this dreamy cinematic universe. The idea of a fairytale really resonates with me. We are all constantly confronted with bad news, so I was excited about the opportunity to create a beautiful (love) story that might remind us that the universe (or Ewan McGregor!) has our back. 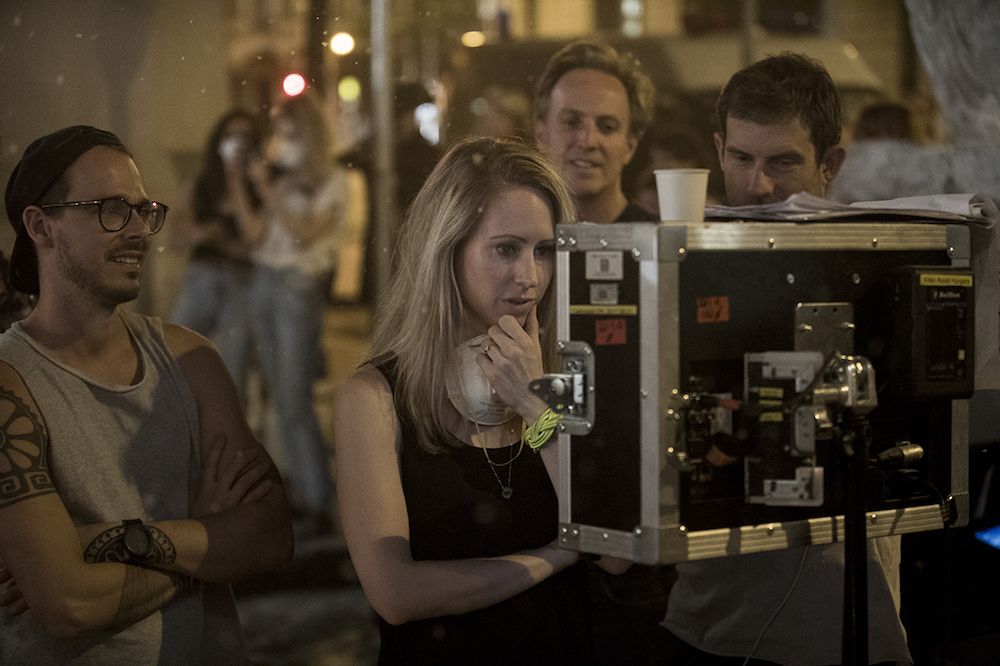 You’re a very celebrated advertising director, having won the “Young Director’s Award” at Cannes and had work in the Saatchi New Director’s Showcase. What are some of your favorite moments of your career so far?

There are a lot but to name one: I was blown away by the response to my nature campaign WE MISS YOU in 2010 . The campaign won a lot of awards, but what actually moved me were the comments people left on the project’s website. When I created and directed the project, I was still a student living in a shitty apartment who had just lost someone who was really close me. The project was very personal and I couldn’t believe that my approach to the theme of disconnection from nature resonated with other people all over the world. How crazy is that?! The experience was very inspiring to me.

Was directing always what you saw yourself doing? What was your path to the director’s chair like?
I was always a very visual person and I spent my teenage years mainly drawing and painting and doing photography. I was really passionate about it and I constantly tried to sharpen my skills. Focusing on people and studying their facial expressions was a tool for me to understand their feelings. When one of my friends started to study fine arts, though, I got an idea of what the life of an artist could look like and I realized that it can be quite a lonely adventure.

So I stumbled into filmmaking and I realized that directing combines many of my interests: painting, light, psychology, music, architecture, stories and most importantly: people. 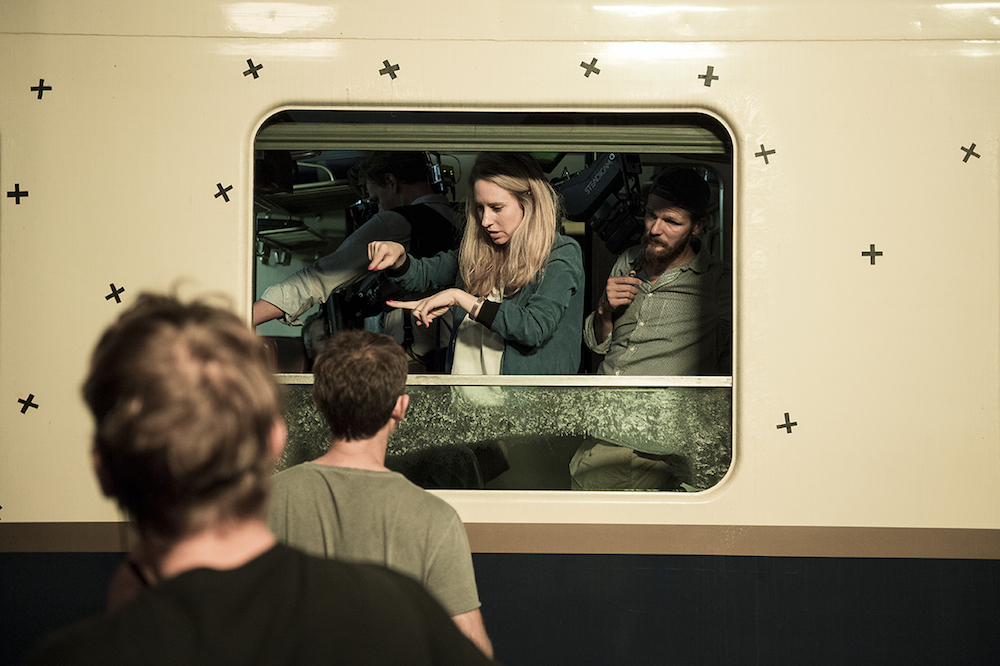 Are there any exciting projects that you have in the works? What should we be looking out for from you?

I just finished directing a big Super Bowl ad with Radical Media and I’m now working intensely with a screenwriter on my feature film debut.

Are there any amazing women that you’ve gotten to work with throughout your career that you’d like to give a shoutout to?

Oh yes! I always try to work with the amazing production designer Marketa Korinkova. She is not only incredibly good at what she does (have a look at the Mayan temple she built with me some months ago) but our conversations inspire me beyond the art department. She has an incredible film knowledge while being ambitious and a very kind person at the same time.

Similarly, I always try to get Aleks Cvetojevic as a visual researcher on my pitches. She is a real film enthusiast and incredible hard working. She not only translates my vision but brings additional ideas to the table. 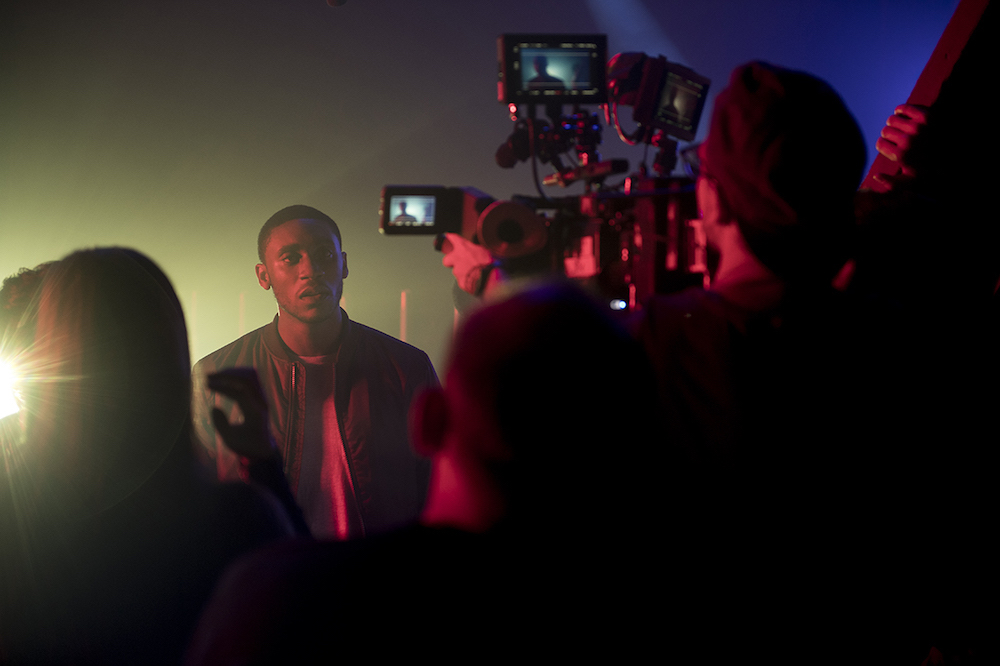 Similarly, who are your biggest female influences and inspirations?

The unique visuals and poetic nature of Floria Sigismondi’s work was definitely something I was inspired by when I started making films.

I was also blown away by Alma Har’el‘s music video “Fjogur Piano“ for Sigur Ros. The archaic and hypnotic nature of the performances really moved me.

I am also a fan of Brit Marling’s writing work. I admire how she she manages to translate the invisible world into stories.

I think diverse representation should be the most natural thing in the world. Why should we leave 50% of our world out? It is so stupid that I can’t believe we have done it for so long.   Seeing a new form of humor, another approach to story telling, a new perspective on directing actors, or a different way to leading a set: I mean, who doesn’t want that? 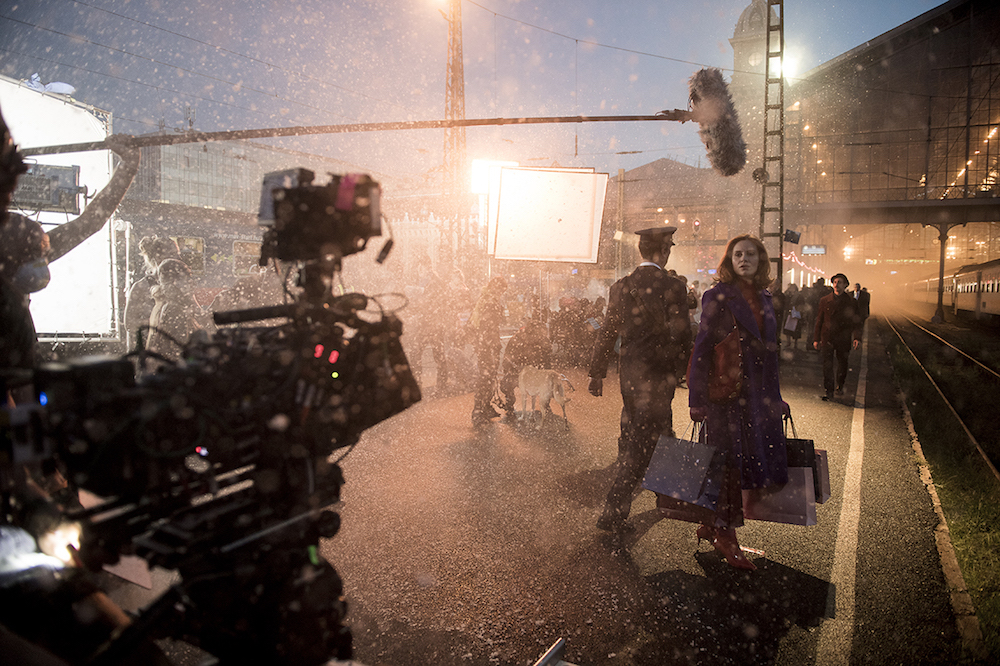 If you could give any advice to an aspiring woman director just starting her career now, what would it be?

Here are my 2 cents:

1.) Sharpen your skills. Try to get better with every project. Here’s what I do: After each project I write down what worked well for me and what I want to try out or even make better next time.

2). Ask question. Don’t be afraid to ask the people you work with about the details of their process, gear or department. Be like a sponge.

3.) Know your shit. Some people assume that you know less about the technical side or post-production because of your vagina. Prove them wrong. Just know more.

4.) Focus on creating. You don’t need people to say “you can do it” in order to do it. Don’t wait for permission or someone giving you a chance to do something. Continue doing your own projects. You will be seen.

5.) Enjoy what you do. There was a moment in my career when I realized that I have one of the best jobs in the world. Being on set, I often feel like a child in a chocolate factory. No matter how stressful it can be, never forget to stay playful: the fun is always around the corner. 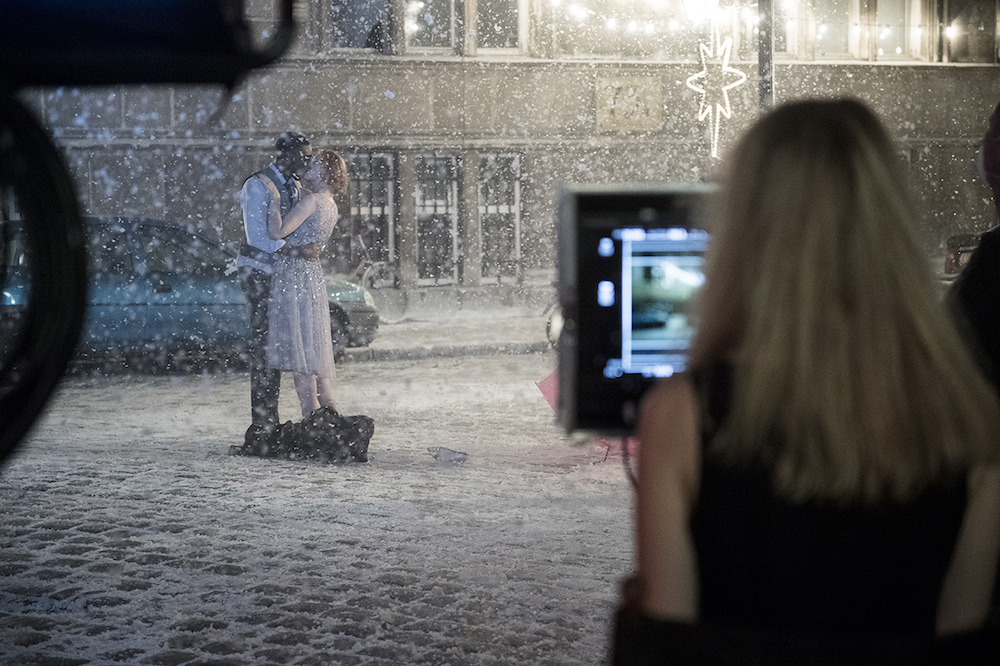 All photos courtesy of: Balazs Glodi

“You Shall Find Your Fairytale”