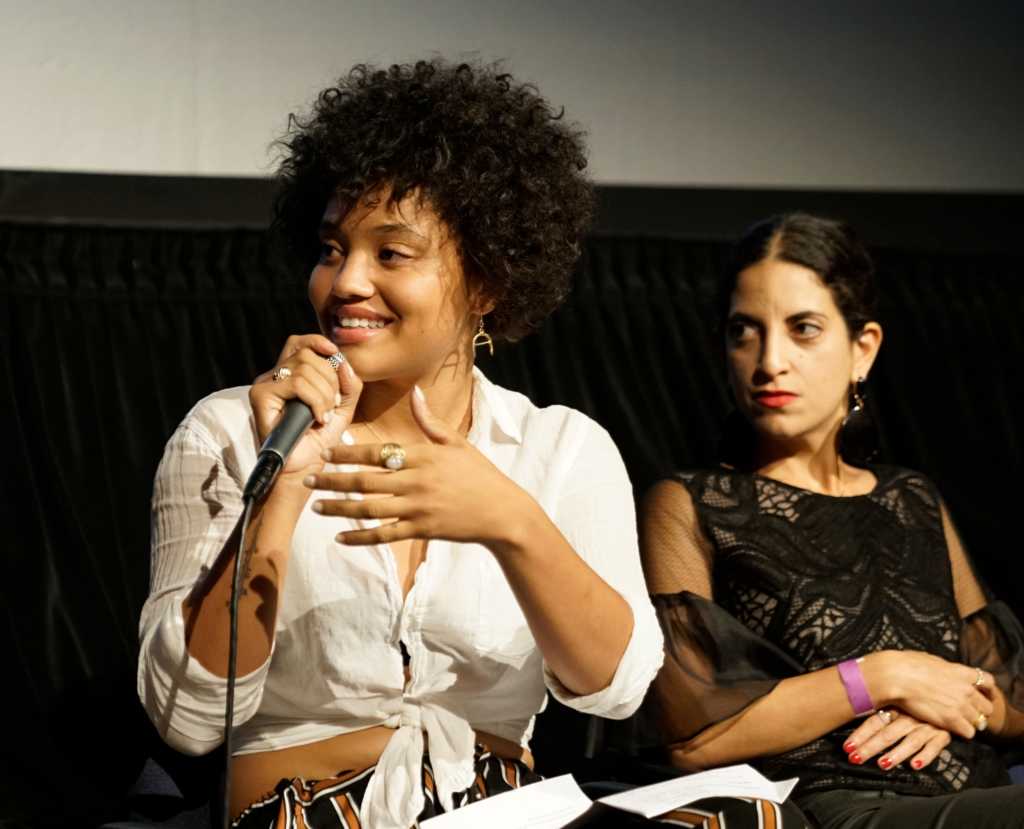 On October 4th, we had the pleasure of celebrating our one-year anniversary with an event at The Downtown Independent in LA as part of the Los Angeles Music Video Festival.

“Directing Music Videos: Women of Color Behind The Camera,” was a discussion offering a range of perspectives to women of color interested in breaking into the field of music video directing.

“As far as treatments go, everybody’s looking for something new,” said Macy Gray, when asked about the artist’s role in choosing the director.

So how does an aspiring director, with little to no budget, get the opportunity to showcase her talent? A common theme echoed throughout was that you don’t need a ton of money to make something great – work with what you have around you.

“I utilized my community,” said S-hekh Shem Hetep, speaking about the three music videos she’s created this year. She worked with talented friends (dancers, composers, and more) to produce videos that provide an avenue for each to demonstrate their skills.

Panelists agreed that the field is easier for young directors to enter than it ever has been before, despite expectations of smaller budgets (“my first video had a budget of 1.2 million dollars – and I hadn’t sold any records,” Macy Gray revealed. “Now, the label’s like ‘so…we’ve got 4 dollars…”).

Discussion and Q+A was followed by screenings of women-directed music videos, including A.V.’s “The Gospel”, S-hekh Shem Hetep‘s “I, Too, Am America” (check out our interview with her here), and a premiere screening of director Hannah Lux Davis‘s latest work for Jason Derulo!

(l – r: Director Hannah Lux Davis (on right) with a friend; Director S-hekh Shem Hetep Ebron (center) with crew of “I, Too, Am America”;  Musician Alunageorge)

Thanks to everyone for showing up to celebrate the creativity of women of color behind the camera. Stay tuned for more exciting events in the future, both based in Los Angeles and elsewhere – this is just the beginning!