Based on a deeply personal moment in the director’s life, “Still Life”‘s visual provides a balance to offset the piercing, somber beauty of frontwoman Molly Puckering‘s vocals. Individual women, closed off from one another in blanketed, shuttered rooms, each give themselves over to a moment of personal reverie. Fiona’s camera travels slowly, infusing these still vignettes with dignity, presence and reflection.

We spoke with Fiona about establishing a visual sense of claustrophobia, navigating commercial and music video projects, and fighting against the perception that motherhood slows down productivity. 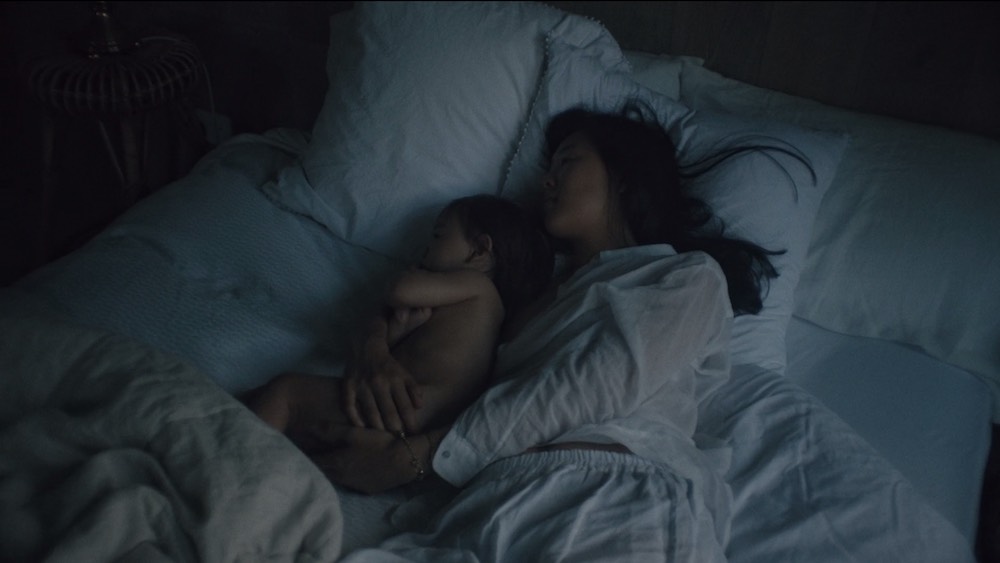 Your video for PEAKES’ “Still Life,” has a particularly poignant personal backstory. Can you explain the experience that was instrumental in crafting the idea for this music video?

Shortly after giving birth, I suffered from PTSD. I was traumatized by the experience of giving birth, I hadn’t slept for 5 days, and suddenly I had two children who needed me to look after them. I was responsible for them, but I could barely look after myself. The days and weeks that followed are still a blur, but I will never ever forget the moments of calm amidst the chaos. The time I spent in the bathtub, my skin feeling nourished and soft. The moments where I just cried, feeling like I’d lost my sense of self. And then the moments of sheer happiness, waking up from a long, deep sleep and feeling renewed.

These experiences lead me to make this film for PEAKES‘ beautiful new song “Still Life”. I wanted to show other women’s experiences of isolation. Whether breastfeeding their child, taking a bath, or missing someone they’ve lost, this film is an intimate portrayal of women who each have their own story to tell. This film captures the moments nobody else ever sees; when we can feel our most isolated, but equally our most confident.

How did you begin working with PEAKES? What was the creative back-and-forth like, during the process of bringing this video to life?

This is my second video for PEAKES, so having worked together before meant they trusted me to develop an idea from our initial conversations. When I first listened to the song, I had quite an immediate, strong visual concept for the film. I was imagining Molly sitting in a room draped with dust sheets, signifying change, protection and uncertainty.  Even though the characters in the film are never seen together, there is a sense of empathy and respect between them. They represent independence, and the strength that lies in vulnerability. The band loved the idea and allowed me to develop it very intuitively, which was a really nice process. 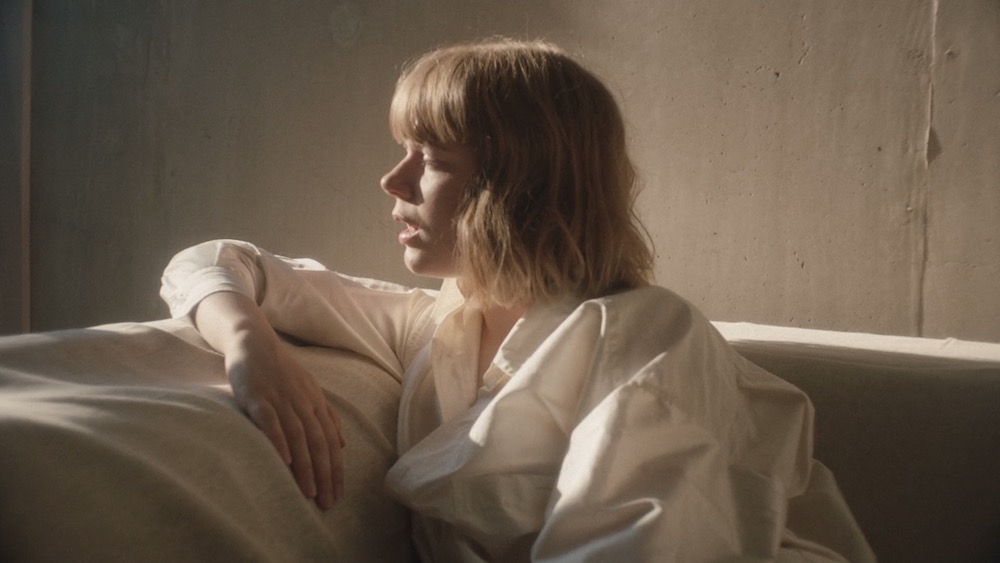 The set used in this video is crucial to the film’s somewhat claustrophobic visual environment. Did shooting in this set provide any directorial challenges?

We shot in three locations: the room covered in dust sheets (Molly’s set), and two private houses. Molly’s set was the most challenging because we had to spend the most time dressing it with the set designer Sean Thomson, and working out how the light would travel through the dust sheets and fabrics. I really wanted this environment to feel ambiguous and claustrophobic, evoking a sense of suffocation and unpredictability. Because we were relying on natural light, it dictated when we could shoot. This ended up meaning we needed a second shoot day, which definitely created other production challenges. I think it was worth it though! 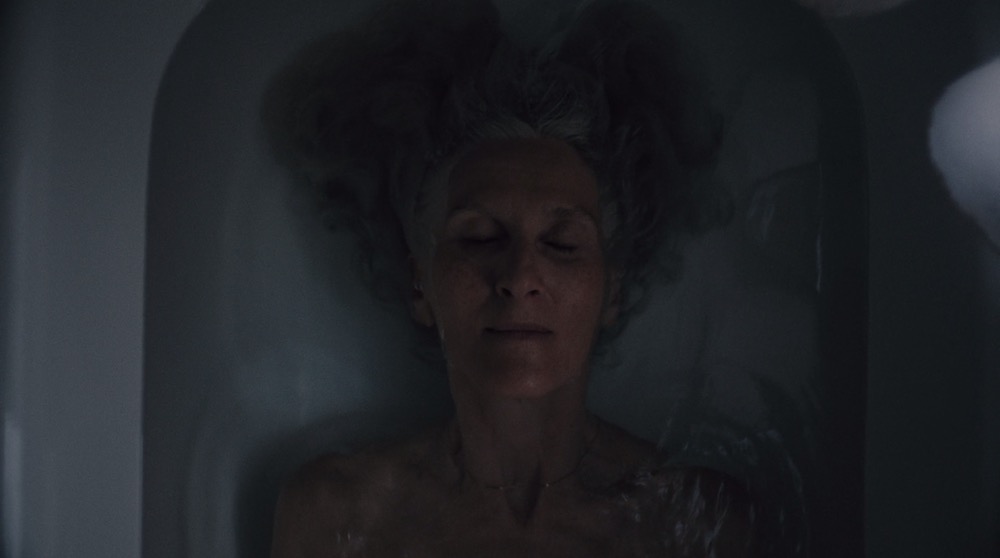 Your use of color is also especially important to creating the desired atmosphere. What were your reference points for the look of the film?

The whole film is quite dark, offset with moments of warm, bright sunlight. I wanted to use natural light in the film, and because we were filming in people’s private homes, I wanted the colors to feel honest and raw. I wanted to use light and shadows to balance out feelings of warmth with feelings of detachment and anxiety.

Do you feel that your original idea transformed during the process of shooting and editing the final film?

I guess the film created an atmosphere and a feeling that I was trying to express, which was my original aim. I was surprised, however, at how each woman connected with the film’s concept differently. For example, one woman’s father was very ill at the time we were filming and she was due to leave to visit him the next day, so she was kind enough to let us film her at a time when she was dealing with a lot of uncertainty and grief. Another woman was really tired from partying the night before! So these very real life experiences shaped the film in a way that I couldn’t have anticipated. 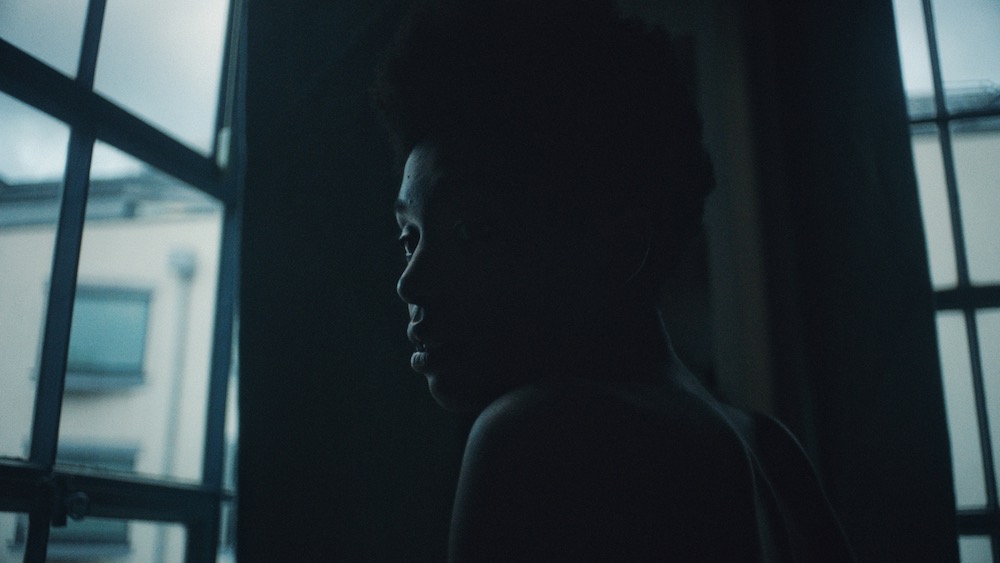 Recently, we featured a commercial project of yours – your dance-based work for the Elvie breast pump. As a director who shoots both commercial and music video work, do you find that each gives you different opportunities to explore new aspects of filmcraft? What’s most exciting to you about each, and what’s the most challenging element of each?

I love both! I love the artistic expression that music videos can offer: often they’re a great way to try ideas out and to be quite playful. As a singer myself, I am naturally drawn to music videos as a platform to create and share with new audiences. I also love the opportunities that commercial work can offer. I think I’m the kind of person that thrives off different and diverse projects. I like to challenge myself and work in areas that are unfamiliar and new. 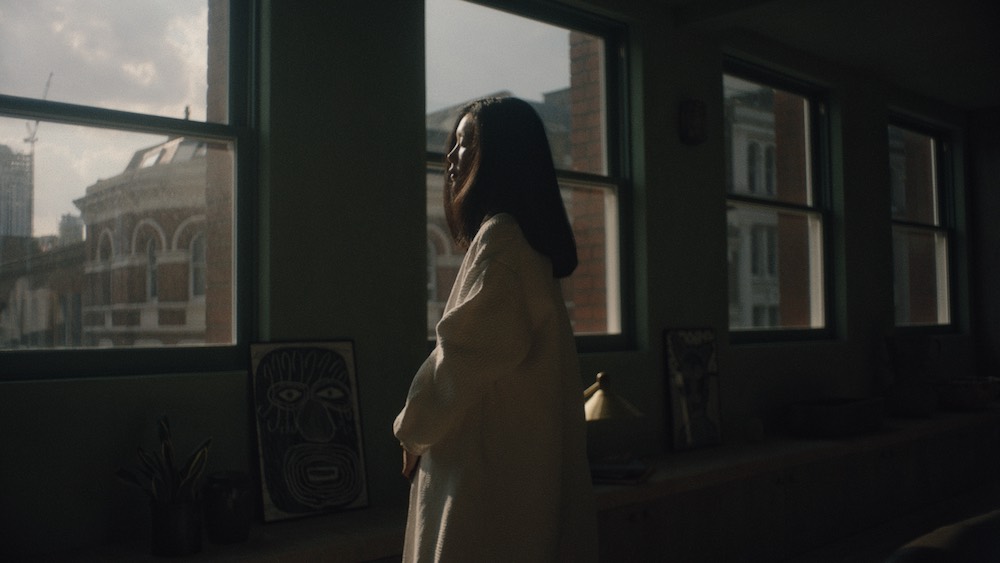 As a new mother, how do you think the advertising and film industry could be doing better to accommodate the needs of working parents behind the camera?

In general, I have been very fortunate, and have experienced a lot of support from people within both the film and music industry. But I think the first and most important change that needs to happen is people need to stop assuming that new mothers don’t want to work, or that they are going to take a year or two off after having kids. You never hear any assumptions made about men taking a year off after having kids!

In some ways, I’ve needed to work even harder to get offered work, because there’s this assumption that new mothers aren’t career-focused. For me, it was the opposite: I felt really alone and isolated when I first became a mother, so I wanted to get back to work to give me an outlet to be creative and do what I love doing, aside from being a mum. If anything, I have more energy and drive as a result, but it shouldn’t feel like such a battle to have to prove yourself. 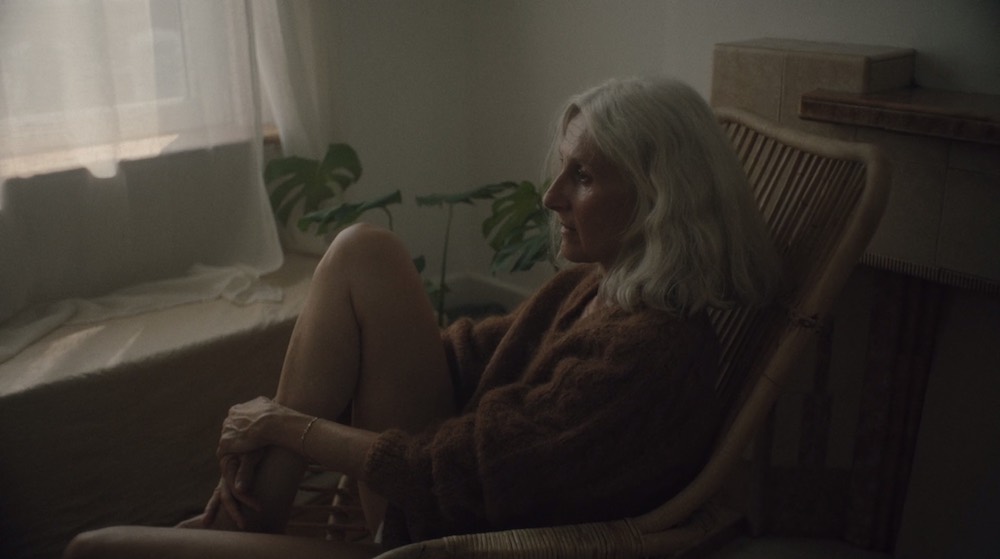 Are there any upcoming projects of yours that we should be looking out for?

I’m working on a short film about post-natal psychosis and PTSD, but it’s just in the early stages of R&D. I’m also working on my first fashion campaign film, which is really fun! 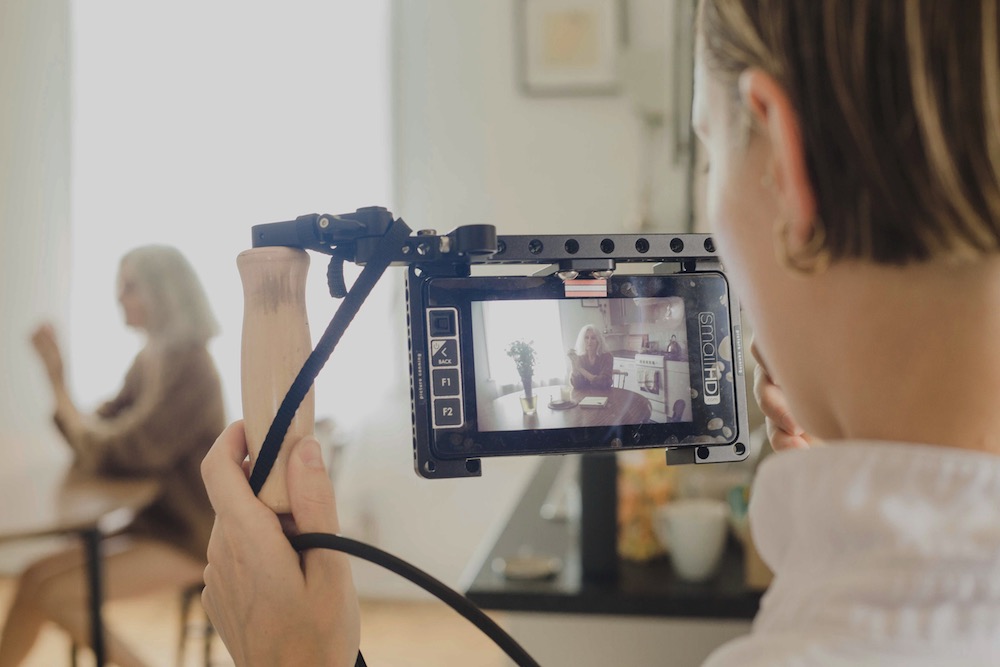