FEMKE HUURDEMAN – “MUST BE STRONG”

March 31st marked Trans Day of Visibility, celebrating the vitality and courageousness of the trans community. As part of a rising tide of trans voices in media, model and activist Munroe Bergdorf has been an outspoken advocate, articulating intersections of her experience as a black trans woman to audiences on a global scale.

Paying tribute to Munroe and the trans community at large, director Femke Huurdeman’s “Must Be Strong,” imagines Munroe as a gorgeous and ferocious mermaid, as a metaphor for the incredible strength of her character. Stylized in colorful lighting, Munroe evolves from tear-stained beginnings into a powerful mythical creature, thanks to the magic of a 3-D mask constructed by digital makeup artist Ines Alpha.

We spoke to Femke, signed to the roster of production company CANADA, about her desire to create work that uplifts the experiences of underrepresented communities, relying on a dedicated and talented team, and the need to provide opportunities to those who have historically been shut out of current systems. 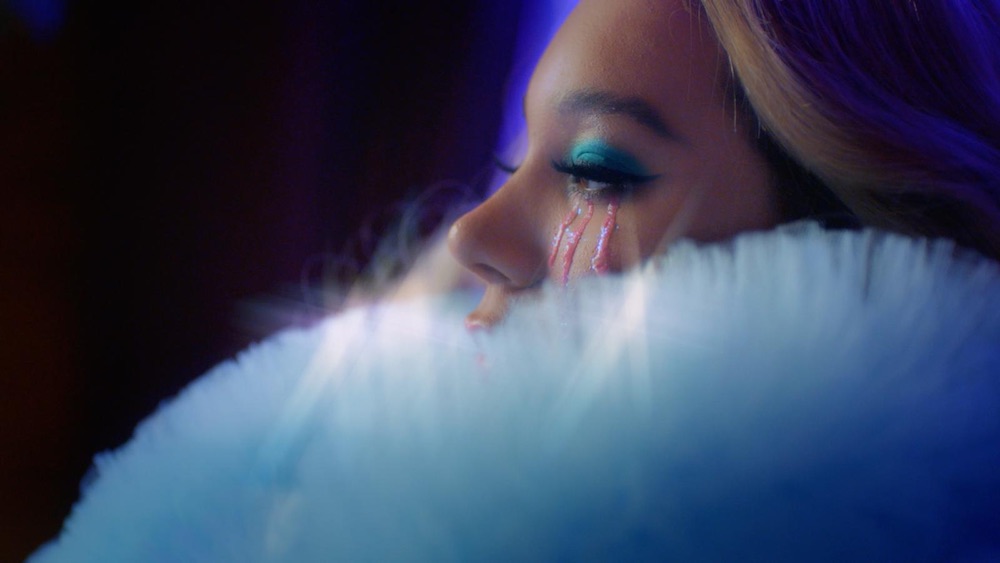 When did you first become familiar with activist Munroe Bergdorf and her work?

It wasn’t so long ago, to be completely honest. I recently moved from The Netherlands to London, and Munroe is a true icon here in England that I didn’t know before. My flatmate showed me a video of her once, where she spoke so eloquently and powerfully about her vision and rights – I was mesmerized immediately.

What initially excited you about working with Munroe on a film for International Trans Day of Visibility?

Lisa Turner-Wray and Eduardo Fitch, two wonderful creatives I made friends with after working together on another project, had worked with Munroe before on a project and asked if I was interested in directing a film with her concerning International Trans Day of Visibility. The four of us met and talked about the concept they had created together. It was so powerful and magical that I was very happy to jump on board.

I personally believe in projects that create awareness and visibility for oppressed communities and am proud to be be involved with such a message. Besides that, Munroe has such beautiful energy around her, so it wasn’t difficult at all to get inspired.

How was the idea for the video developed? Did it evolve over the course of bringing it to life onscreen?

It started with a script Lisa and Eduardo wrote, after Munroe had an idea to transform into a mermaid, symbolizing the journey she has made and following her into her transcendence of self-acceptance. I gave my take on their brief, and tweaked it into a cohesive piece with all of our visions aligned. Since it was a charity project, we had to be really smart in terms of creativity and guarding our vision, all while working with a limited budget. However, everyone who worked on it believed in it, and that helped with making sure we got the things we needed. 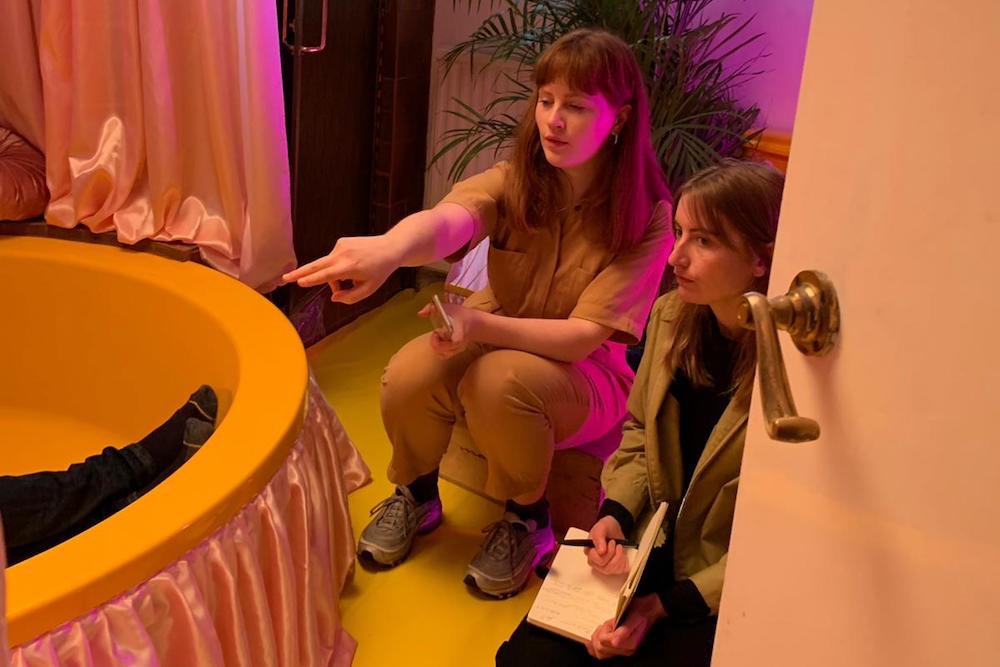 Your work characteristically has such a strong aesthetic sensibility. Tell us about your references for the look of this film in particular – what was on the mood board for this project?

In this case, I wanted to go all out; not just because I love doing that, but because I truly believe it was the way to go in this project. I wanted to give Munroe a fashionable and theatrical look, something strong and outspoken, just like her personality and how the world knows her. I didn’t want it to look very natural or minimal because the film was meant to be a celebration of the trans community.

What were some of the highlights of working with your team on the day?

I loved working with my team: with my CANADA family producing it, and the many wonderful crew members involved. We worked with a female and queer dominant crew, because I felt it was important to represent people that don’t always get the same opportunities as others in our industry. Anna Macdonald was my DP, and she really smashed it with the limited kit we had. 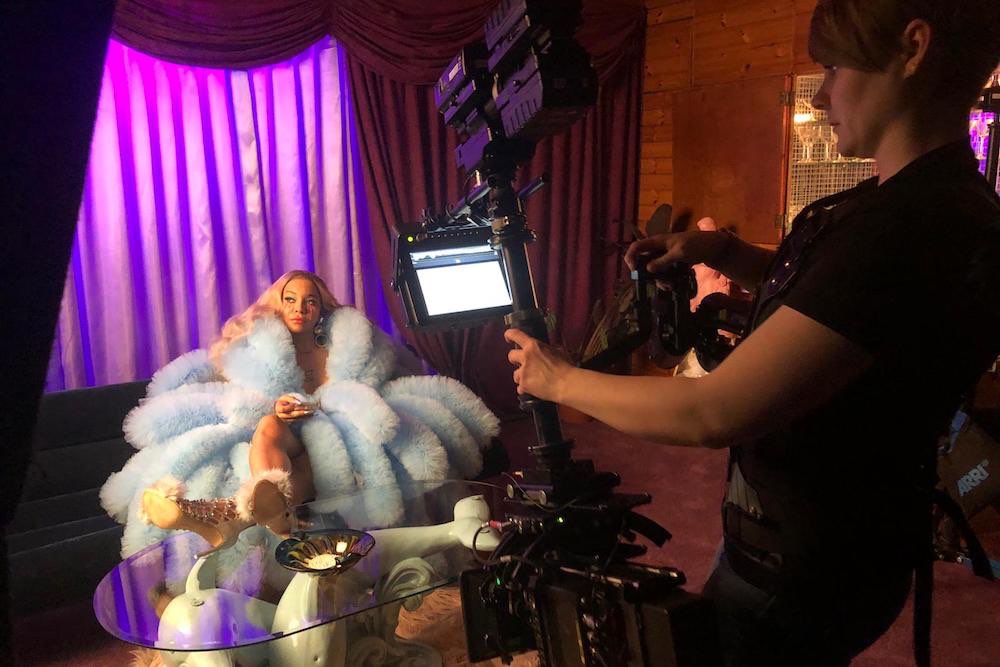 Did this shoot allow you to explore any technical aspects of filmmaking that were particularly exciting?

We had a few Steadicam shots, something I’ve never used before. We had Hannah Jell (pictured above), a 19-year-old Steadicam operator, on board and she was just so professional and talented. I was very impressed with how she managed to do 17 takes in a row.

The most exciting part was our 3D mask, made by digital makeup artist Ines Alpha. We had her work in the treatment mood board, and we’re so happy we were able to make it happen and collaborate with her! She makes custom designed digital face masks that are truly futuristic and magical. This one fit perfectly with the message we wanted to convey. 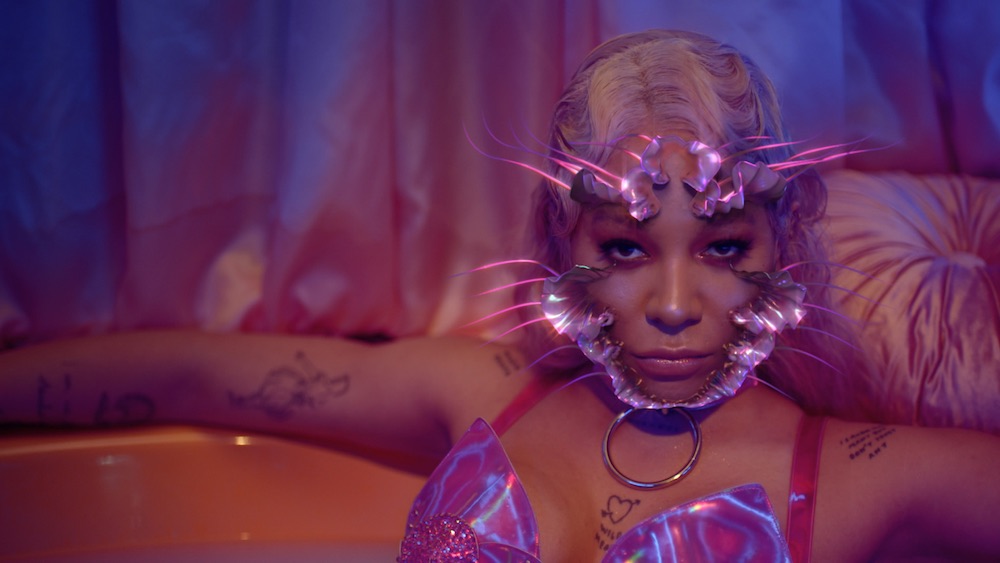 Munroe is a very vocal advocate for social change; Free The Bid, too, is interested in shifting culture in order to allow more diverse storytellers to have equal opportunities to share their vision. What are your thoughts on Free The Bid’s mission?

I support the mission completely and it’s something that I feel very strongly about when working in the industry. Whether it is about gender, sexuality or background, I always push to look further for crew or cast that happen to be less privileged in our society.

In order to gain equality, I think it’s needed to make an extra effort to give opportunities – and jobs – to people who don’t always happen to get these chances based on the current system. We have to be proactive about opening up these opportunities.

On a positive note, I do feel we are seeing a change, and I love seeing my fellow women directors doing so well.

What kinds of stories do you hope to have the chance to tell in your future work?

I would love to work more in longer format projects, such as documentaries, short films and feature films; to really dive into a subject and explore it for a long time. I’m naturally very curious and an observer – I like to know everything about anyone or anything. This helps with getting inspired easily, so I would say whether it’s directing kids or grandmas, it’s about finding a vision on any subject and getting really deep into it.

Finally, what advice would you give to aspiring filmmakers looking to start their careers?

Shoot a lot, have ideas and keep your head cool. I learned by doing and looking at other people’s work mostly. Since I never went to film school, I felt I had to push extra hard to learn about every step of the process. I produced, art directed and edited my own early works and that really helped to get to know the craft. Even if you don’t have the perfect equipment or budget, you can be inventive. I’m still learning a lot from my fellow filmmakers – it really is a team effort job, so don’t be shy about asking for help! 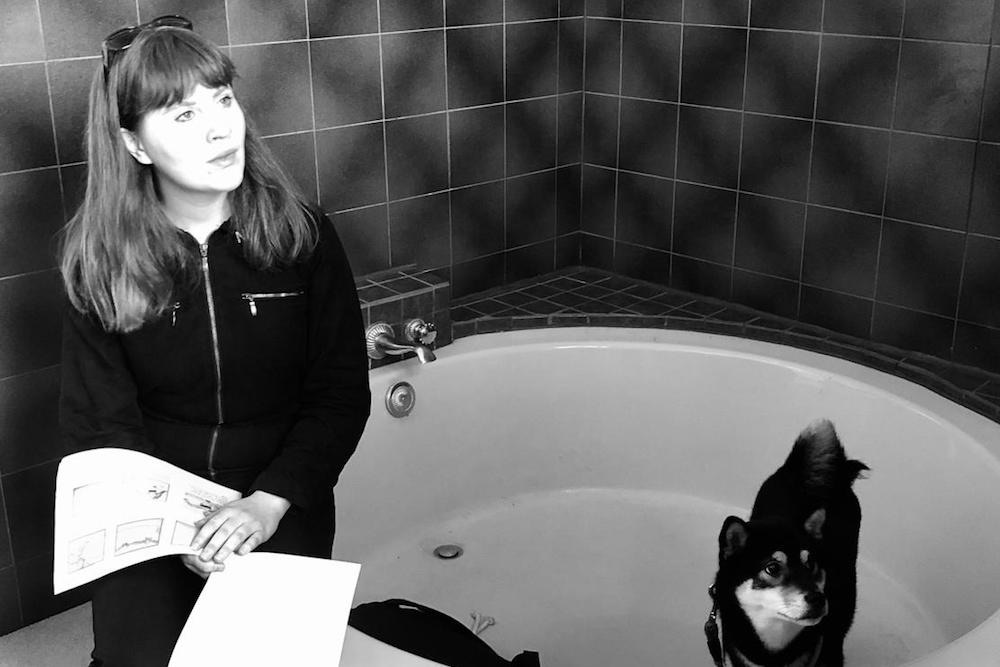