When producer & director Emma Holly Jones discovered Suzanne Allain‘s script for “Mr. Malcolm’s List,” on a Black List Table Reads podcast episode, she saw the potential for the kind of period romance film that she’d always hoped to bring to life onscreen – fittingly, since she was named after a beloved Jane Austen heroine!

Premiering on Refinery29‘s Shatterbox platform, which offers female filmmakers unique opportunities to explore their cinematic visions, Emma’s short film version of “Mr. Malcolm’s List,” is a tantalizing prologue to the events of the feature-length script. The film effectively sets the stage for what’s to come, hooking viewers with its witty dialogue, refreshingly diverse cast of characters, and carefully observed period touches. Functioning as a proof of concept for a feature-length film, we can’t wait to delve even deeper into the world of “Mr. Malcolm’s List.”

We spoke with Emma about the higher stakes of period drama, tapping into timeless human emotion, and showcasing the often-overlooked reality of 1800s Britain’s multiculturalism. 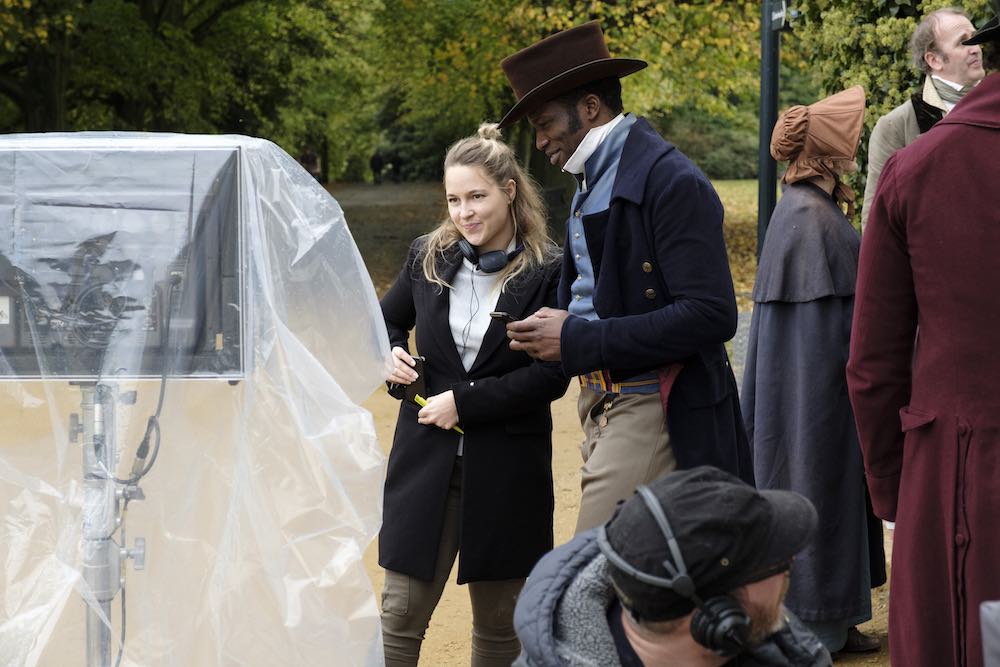 You discovered Suzanne Allain’s screenplay for Mr Malcolm’s List after finding it on The Black List Table Reads podcast – what initially excited you about bringing this short film, a prelude to the events taking place in the feature-length original, to life onscreen?

When I optioned the feature script, my team and I knew that in order to secure the sort of budget this project deserves, I would have to do some sort of proof of concept. This would be my first feature film and women, sadly, are seen as riskier and find it a tad harder to secure financing. So I count myself lucky that Refinery29 was excited to back this quite large proof of concept, and that I could introduce the world to Suzanne’s wonderful characters and start to find an audience for this film and them.

How did partnering with Refinery29’s Shatterbox, a destination for imaginative short film content from incredible women directors, allow you to realize this project’s potential?

The reactions to the film have been overwhelmingly positive. It’s been amazing to find an audience who want this sort of movie and embraced our cast in a 19th century period drama. Whether through Twitter or Instagram, it’s been amazing hearing directly from fans of the genre. 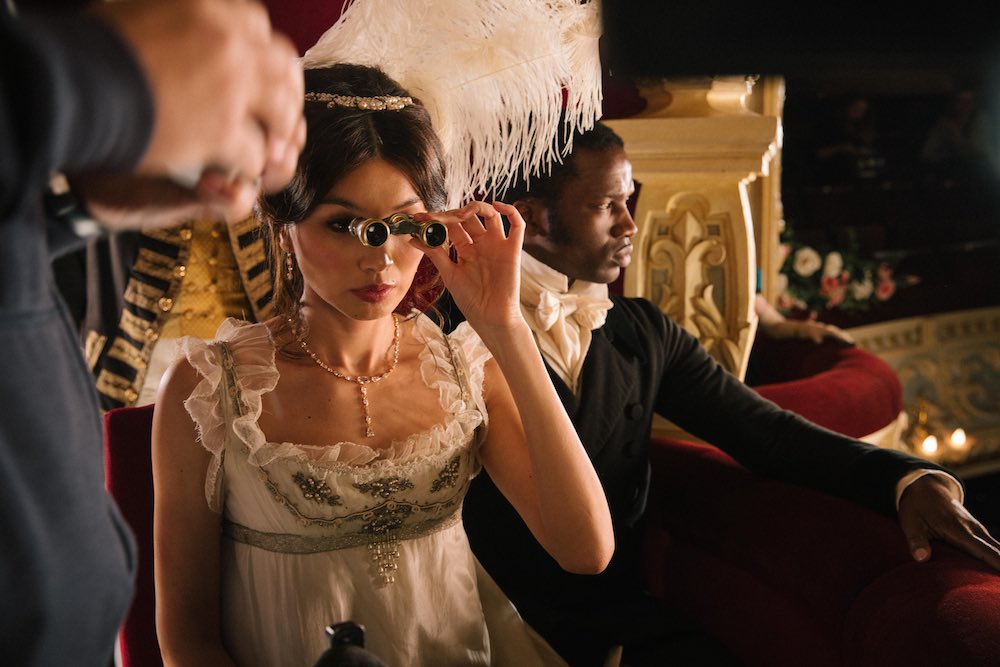 As you stated in a recent interview, “I’m named after Emma, I’ve always had that book on my bedside table, and I’ve watched every period drama that’s ever been made.” What about period dramas speaks to you most, as a filmmaker?

I can’t explain it, I just love them: from the “Sound of Music,” to “Sense & Sensibility,” to “Outlander,” I’m obsessed. I think if anything, I love the romantic stakes, the potential for tragedy. It’s hard to capture that today, when we no longer have to chase someone through an airport to declare our feelings – we can just text them. The further back in time you go, the higher the stakes.

The most impactful examples of period storytelling have resonances with contemporary society. What do you think that this particular story has to say about life in 2019?

I think it says that it doesn’t matter if it’s 2019 or 1818 – love hurts, we all want to find it, and deep down, we are vulnerable when it comes to loving someone. As humans, the nature of our emotions hasn’t changed, although the scenarios and situations have. To fall in or out of love, the physical emotional reaction, I believe, is still the same; it’s timeless.

It’s so refreshing to watch a period piece with casting this diverse! What kinds of conversations did you and your crew have about the importance of inclusivity and representation in this film?

Well, firstly, they all thought it was as exciting as I did, as they also felt that it was a chance to do something new, that pushed boundaries (boundaries that most of us don’t believe in). We wanted to make the look of this film fresher, but still authentic. We researched 19th century West Africa, China, India and inserted elements into costume, production design, hair and makeup. I wanted to create what Julia would have looked like if she were British-Chinese in 1818, which, on another note, is not fiction – there was great diversity in 1818, it’s just that movies and TV have painted it differently.

How did you approach the look of the film – sets, lighting, costumes, etc?

In terms of lighting, this was the first job I have done where electricity didn’t exist in the world we were creating, so my DOP and I looked heavily into art references, such as the portrait and landscape work of Thomas Gainsborough (1727-88). We also looked at and used as influences several 35mm British period pieces, such as Barry Lyndon, A Room with a View and Pride & Prejudice (2005). In general, the idea was to be grounded in natural light with a touch of beauty lighting, which had to be very cleverly designed as we could never risk the light looking artificial. We used a lot of big outdoor/through the window lighting setups.

What’s next for this project – can eager viewers expect another short installment, or is a feature film in the works?

The feature film will be next! We are on the path to getting that made.

In a more general sense, what kinds of stories are you hoping to get the opportunity to tell through film in the future?

Such a variety! I have a dream of making a Richard Curtis-style rom-com one day, or a WW2 epic, or even a musical! I think, no matter the genre, I am drawn to stories about the human capacity to love, and the trials and the tribulations of that. On another note, I love food and cooking shows / documentaries; the Great British Bake Off is just pure joy, so I actually have a very female driven food show in the works with Jenni Konner’s production company that I am super excited about.

Free The Bid is committed to uplifting the work of a diverse community of women directors from all over the world. What, in your opinion, can our culture gain from being exposed to storytelling that comes from a range of perspectives?

Understanding, kindness and equality. A culture without a range of perspectives is inherently oppressive of the perspectives that it doesn’t represent. Culture has been, for the history of humankind, where we find our common humanity.

What advice would you give to aspiring filmmakers looking to follow in your footsteps?

Read, read, and read. Mr. Malcolm’s List would have never happened if I didn’t voraciously read and look for great material (shout out to The Black List)! Also, working with the right team and producers makes a big difference (shout out to Laura Rister & Laura Lewis) and honestly, understanding that time is an illusion. I think people assume that these projects happen overnight, but remember: there is always a many, many year hustle behind them, so enjoy that hustle, learn from that hustle, and try not to be angry with it. The mistakes and the average work you make at the beginning of your career will make you a better filmmaker, allow you to grow and learn, and it can only get better & bigger with time if you stay savvy to the journey and remind yourself how lucky you are to be on it. 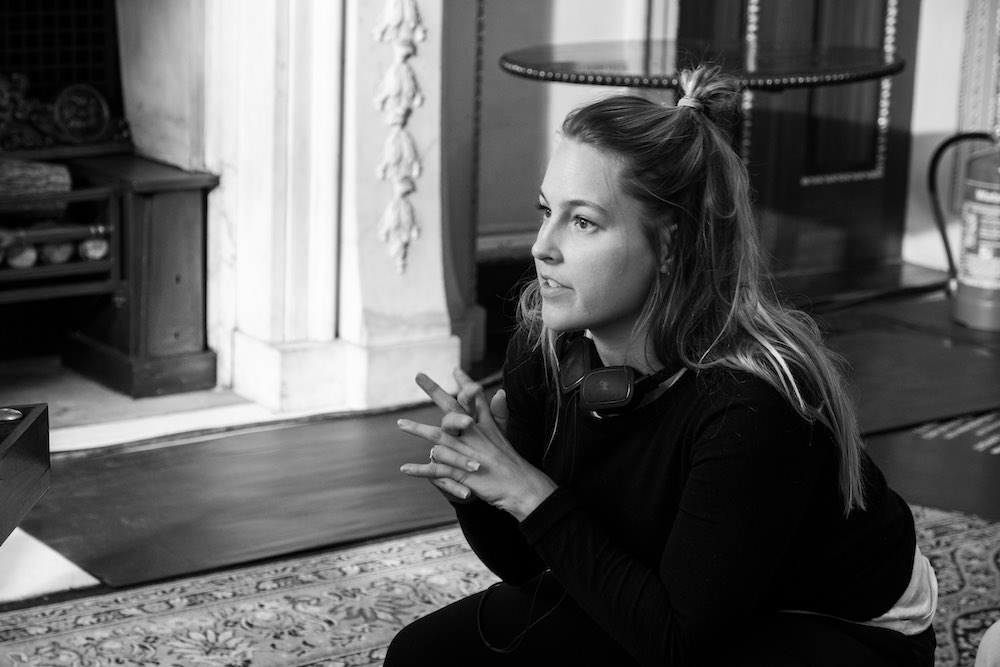 In association with Great Guns

The Barber Of Seville Overture, Composed By Gioacchino Rossini, Courtesy Of Extreme Music