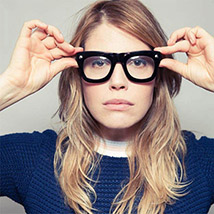 We’re excited to add Elizabeth Orne to our list of UNSIGNED directors! To help our pledged production companies discover new talent, #FreeTheBid will feature unsigned directors with original voices who are doing work that can lend itself to advertising.

A 13th generation American, Elizabeth grew up listening to her grandparents, aunts, uncles and parents tell stories around the campfire. Their tall tales, true tales, absurdist yarns (complete with talking raccoons), and uniquely American war stories (Paul Revere is an ancestor) influence her work to this day. Her film “Crazy Glue” was nominated for the Student Academy Award, was an Official Selection at the Telluride Film Festival, and aired nationally on PBS. Her films are full of whimsical humor and childlike wonder.

If you’re an agency or a production company that would like to possibly work with Elizabeth, we would love to make the connection!

The Mother London Agency team behind the “Beds” spot for IKEA.

We asked her a few quick questions –

What’s your favorite thing about directing commercials? I love playful magical realism and absurdity. High-end commercials are really brilliant at inventive ‘what ifs’. What if your spokesman was sitting on a horse? What if underground, Cuban, super-fast snail racing was a thing? What if you could design a human suit for your dog so that he could go to your job for you and you could stay home all day? I love how they free you from the mind of an adult and bring you back to the way children see the world, where the laws of reality are still pliable and mischievous.

2. We love your “Girl on the Fridge” short that’s based on Israeli writer Etgar Keret’s short. Did that story remind you of your own childhood in any way? Yeah, it reminded me of stories that my Grandmother used to tell. To control us (and entertain herself!) she would spin ordinary myths. They were stories that sounded boringly real, but had extraordinary elements embedded in them. She would tell them in a casual way that made me half-believe them… I love the middle ground between reality and fantasy, where you have one foot in each world. To me, stories like these get at the truth of what it feels like to be alive.

3. If you could get the boards all the big boys are getting what kind of commercials would you chose to direct? I want to Direct the big storytelling spots that have magical realist CG elements and/or absurd, understated character comedy.

4. What’s your favorite commercial you directed and why? C&A/Save The Children “Summer Hero” because it was the first time I got to work with a CG team. I loved it!