Through the magic of VFX, director Elizabeth Orne, signed to the roster of The Famous Group, brings Toothless from the “How To Train Your Dragon” franchise into the real world in her latest work for Comcast Xfinity.

As a tie-in with the new film, “How To Train Your Dragon: The Hidden World,” the enormous scaly creature becomes a household companion to the spot’s child star, who can’t wait to show his new friend around the house and watch their favorite programs together, thanks to the new X1 voice remote.

Shooting a project that integrates a fully CG-created dragon into live action footage is no simple feat, and Elizabeth’s deft directorial touch bridges the gap between fantasy and reality. By keeping the interaction between her human star and his digital counterpoint based in real experience (the actor based his performance on his relationship with his dog), Elizabeth captures a real sense of wonder and connection.

We spoke with Elizabeth about the potential of VFX to give her viewers a vacation from reality; trusting the craft of young talent; and the shift she’s felt in the industry since Free The Bid’s inception. 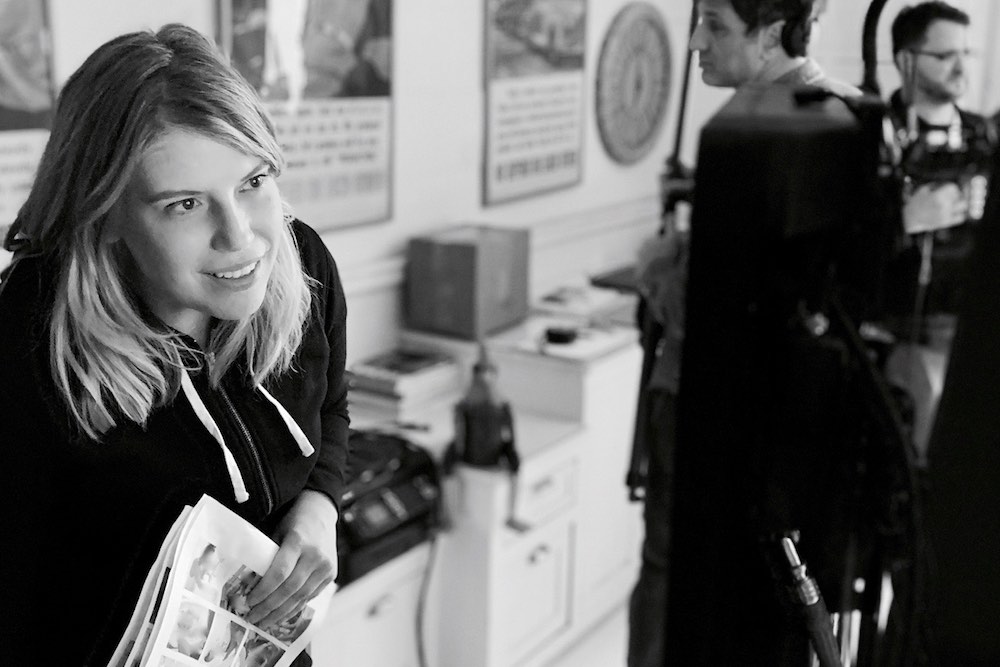 This adorable spot for Comcast was created in association with the film How To Train Your Dragon: The Hidden World – were you familiar with the franchise before working on this ad?

Oh yes! I saw the How to Train Your Dragon films in the theater. I remember the first one had a 98% on Rotten Tomatoes, so I went out of curiosity. I loved it. 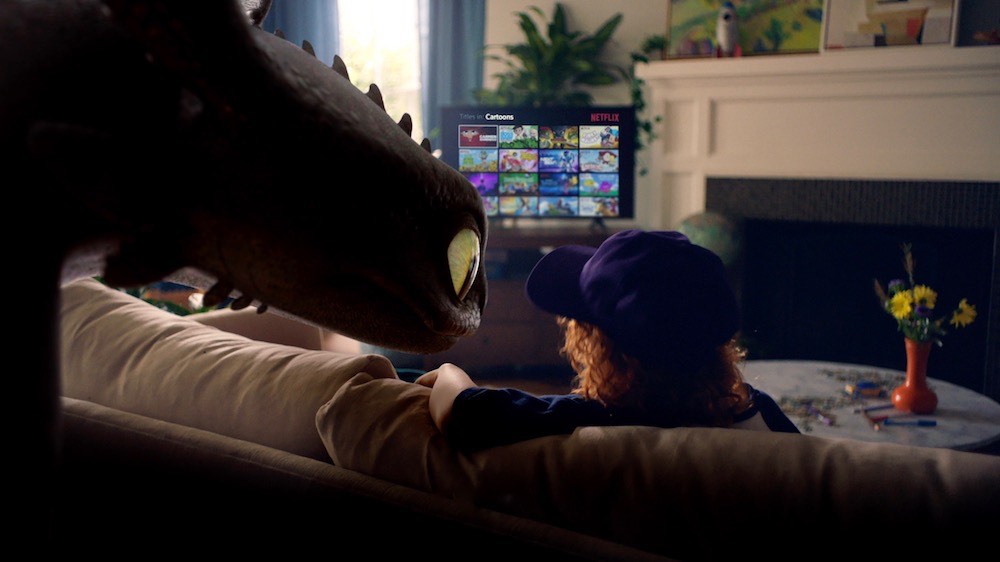 What elements of this project were initially most exciting to you, when you were given the brief?

I loved the idea of Toothless living in an ordinary home as a real kid’s pet. That struck me as the kind of thing I would have imagined as a child (and still do!). I’m super into using VFX to create magical realist stories that present “what if…” scenarios. What if there was no gravity? What if you walked up a hill and the whole world tipped over? I love commercials that play with imaginative and absurdist ideas like that. Reality can be so oppressive. It’s fun to break the rules of reality and give audiences a delightful little “mind vacation”.

What was the casting process for your child star like?

There was a lot of explaining to do! Toothless is actually quite big (6 feet tall standing up, and 14 feet long stretched out), so I ran my hands up and over his imaginary back to give the kids a sense of his scale. Griffin, the kid we chose, charmed us by interacting lovingly with the inanimate blanket we had on set to represent Toothless. He was the most able to transpose his love for his dog, to an imaginary pet dragon. 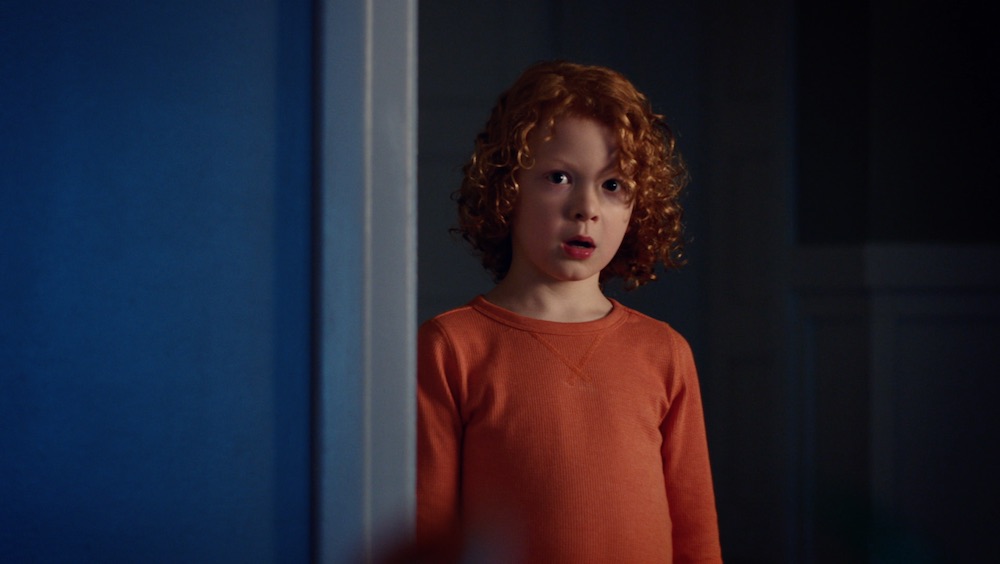 Working with kids requires a specific sets of skills as a director – how did you approach working with the young actor for this project, to get the performance you were looking for?

I work with kids a lot. I’ve always had a bit of Mary Poppins in me. I think what works is that I’m a bit irreverent and I don’t tip-toe around children. I don’t try to trick them into a good performance. Instead, I trust them to do the work of an actor. I treat them like full collaborators, just like any department head. I listen to them and take their opinions into consideration. I let them play at being an actor, and in return they really show up and work hard at imagining for me.

Since this spot involved creating the dragon in post, how did you structure the shoot in order to work around the VFX that would be added later?

The Dreamworks team had a “dragon head” on a stick that they brought to set. It was just three-dimensional black foam core on a stick, but it was size accurate and we were able to pop it into the shot for Griffin to react to. 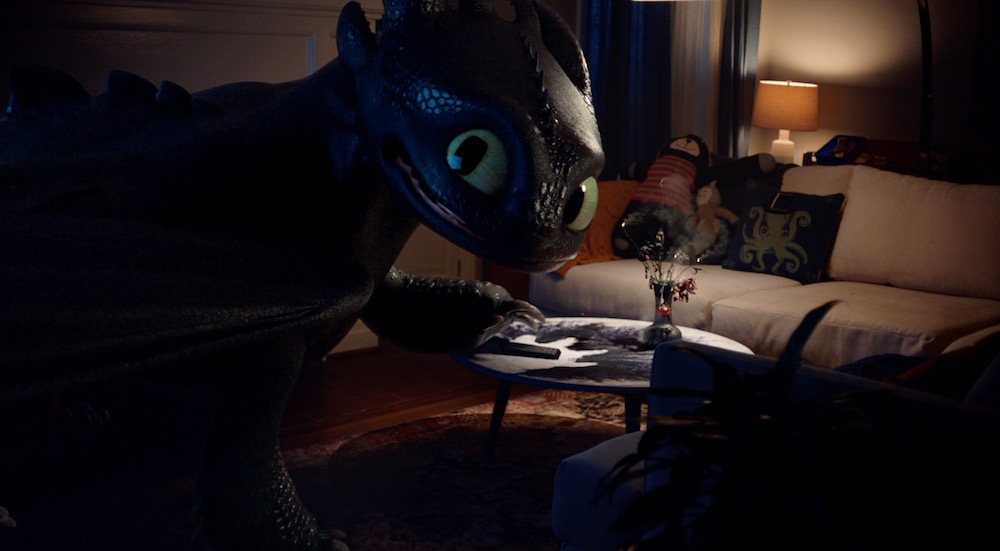 Was the experience of working on such a VFX-heavy shoot a step in a new direction for you, as a director?

In general, did this ad represent any evolution of your filmcraft – did it allow you to flex new directorial muscles or confront unexpected challenges?

Yes, it was the first time I’ve gotten to direct a live action human character interacting with an expressive and charming CG character. 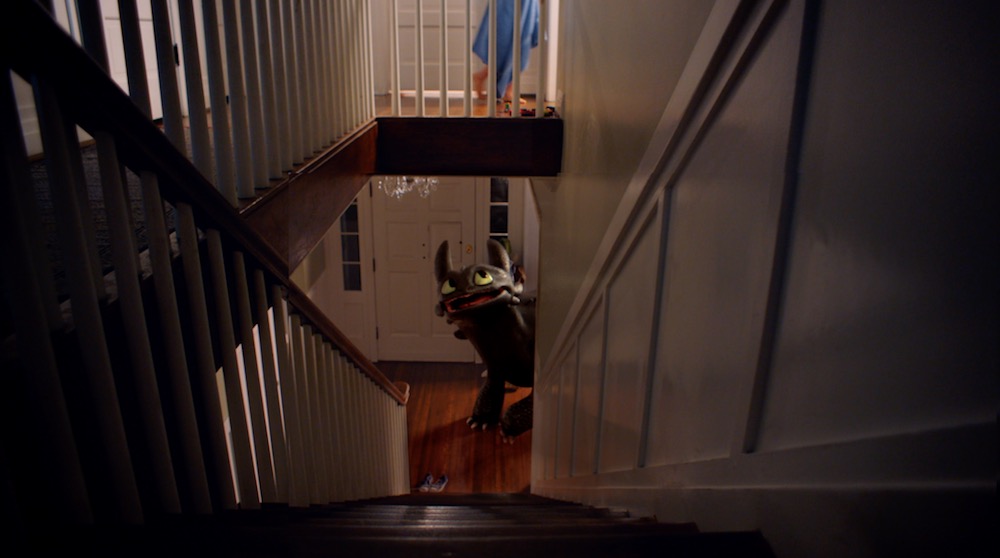 What were some highlights of working with the cast and crew on this spot?

The collaboration with the Creative team at GS&P (Paul, Richardo, Andrew and Zak) and with the client (Dustin) was really dreamy. Everyone just wanted to make something good. It felt like an idyllic collaboration, where one idea leads to another. We were riffing our way into ideas that we all liked. And it was amazing to work with the HTTYD team from Dreamworks (Amy, Angie, Shao and Avedis). It was fun to get schooled on the ins and outs of Toothless’s personality, and to watch them sketch him into the frames right on set. The film crew was wonderful too – from the Producer (Jennifer), to the DP (Tristan), to the Art Director (Jack), to the AD (Lizzy), to our storyboard artist (Eddie) and everyone on their teams. They all dug in and got creative. Griffin, our actor, was lovely. The team at The Famous Group (David, Pia, Stefan, Nicholas) was great support. It was a heroic group effort.

What are you most proud of in the final version of the spot? 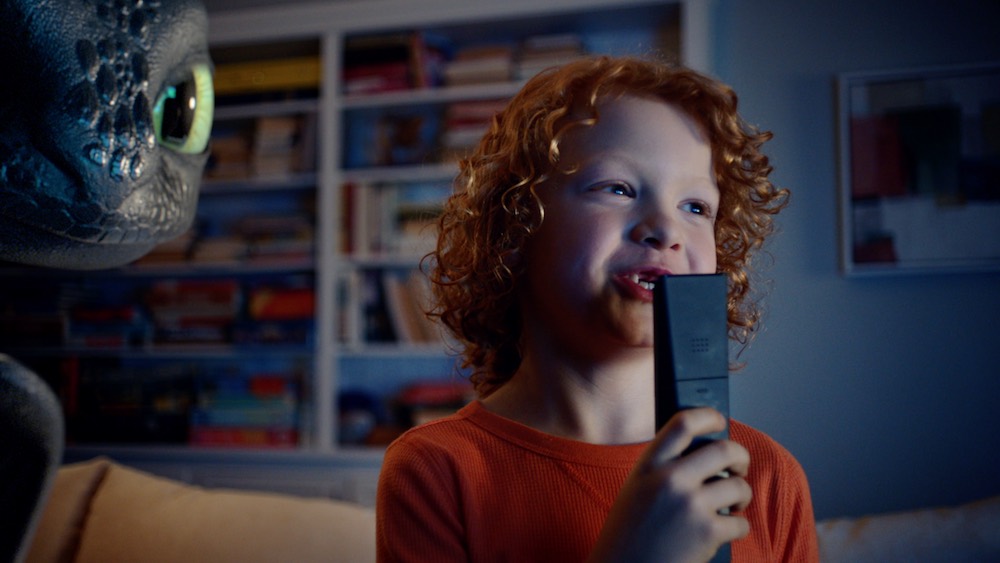 Free The Bid featured you way back in 2016, as an unsigned director! Since then, you’ve joined the roster of The Famous Group. Can you tell us a bit about some career highlights since getting signed?

I’ve been shooting a lot of spots with children in them. (Though I can definitely still direct adults!) I also directed the official music video for MILCK’s song “Quiet”, the unofficial anthem of the Women’s March.

What are your hopes for this upcoming year – both for your own directorial work, and for progress for women directors in general?

In the last year I’ve felt a real shift in the industry. There seems to finally be an industry understanding that it’s time to give women chances. I think it’s directly related to the tireless work you all are doing at Free The Bid to raise awareness. Thank you, dearly. You guys are truly the best. 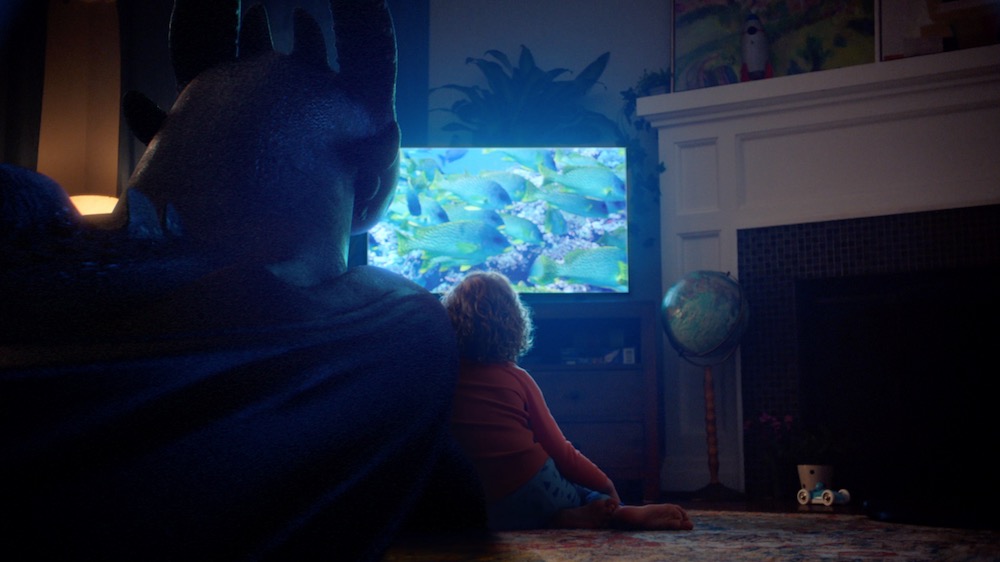 Color services provided by The Mill