On Wednesday, August 15th, an enthusiastic audience of film-lovers filled the Screening Room at Neuehouse Hollywood (the LA creative hub that also serves as Free The Bid’s home base) for an intimate evening with director Crystal Moselle and Alma Har’el, director and Free The Bid founder.

The event came as a part of a week of cultural programming at Neuehouse, in celebration of the release of Crystal’s debut narrative feature film, “Skate Kitchen” (which hit theaters starting August 10th). On Monday, Crystal’s Sundance Grand Jury Prize-winning documentary “The Wolfpack” was screened on the Neuehouse rooftop, and on Friday night, Neuehouse hosted an after-party for the Arclight Theater‘s inaugural screenings of “Skate Kitchen,” with members of the Skate Kitchen crew in attendance.

Alma and Crystal began with a look at “Shapeshifting,” Crystal’s 2014 music video for the band Color War, in which three young dancers wander through New York, surprising onlookers with their effortless, balletic displays of flexibility. Having spawned from a chance meeting with one of the dancers, this early work set the tone of Crystal’s body of work, much of which ends up exploring the lives of fascinating groups of teenagers that Crystal has come into contact with after a chance encounter.

In 2016, Crystal had the opportunity to direct a branded content short film for Miu Miu‘s “Women’s Tales” series. Her film, “That One Day,” followed a group of female skateboarders, tracking a newcomer on the day she becomes a part of the crew. Alma and Crystal discussed how creating “That One Day” – which screened at the Venice Film Festival thanks to the Miu Miu Women’s Tales – provided the perfect segue into exploring the same relationships between the budding skate gang in her brand new feature length narrative film, “Skate Kitchen.” Having the 12 minute branded content short under her belt helped strengthen the package that Crystal presented when looking for funding for the feature film.

All in all, it was a magical evening, and another wonderful opportunity for the Free The Bid community to come together and celebrate the work of fellow women filmmakers. A massive thank you to all who attended – hope to see you at more events in the future.

Check out photos from the event below, and don’t miss “Skate Kitchen,” while it’s in theaters! Remember to support the work of women directors by packing the theater throughout their run!

All photos courtesy of Melly Lee – thank you!! 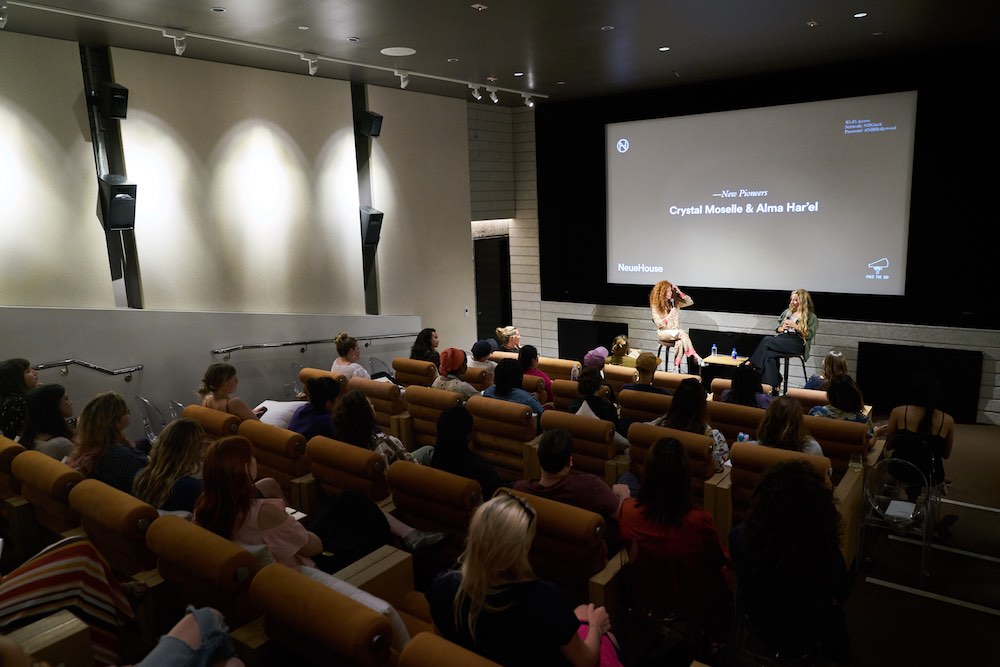 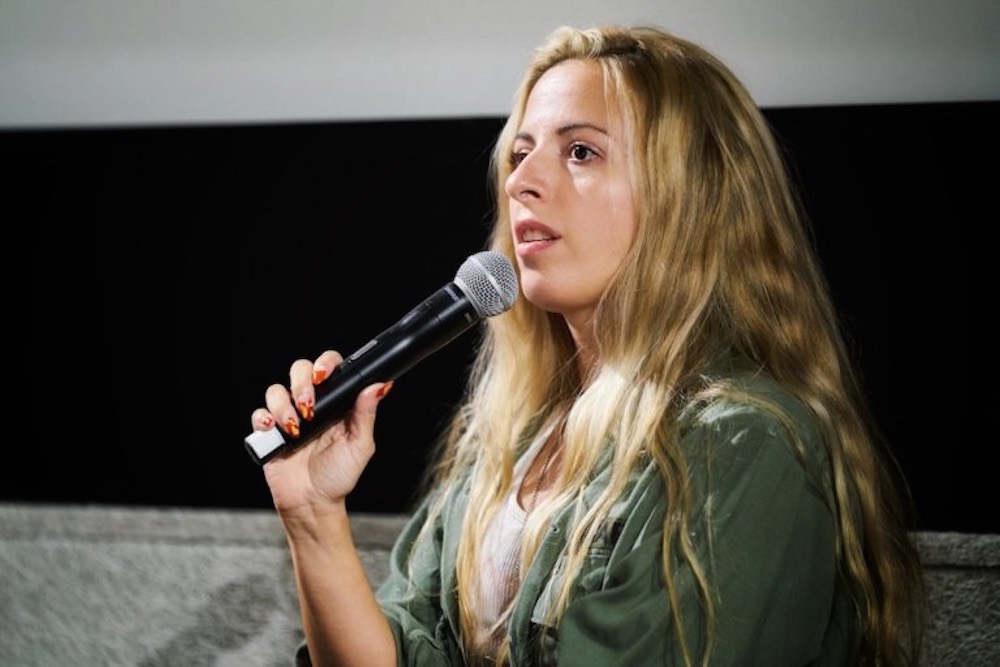 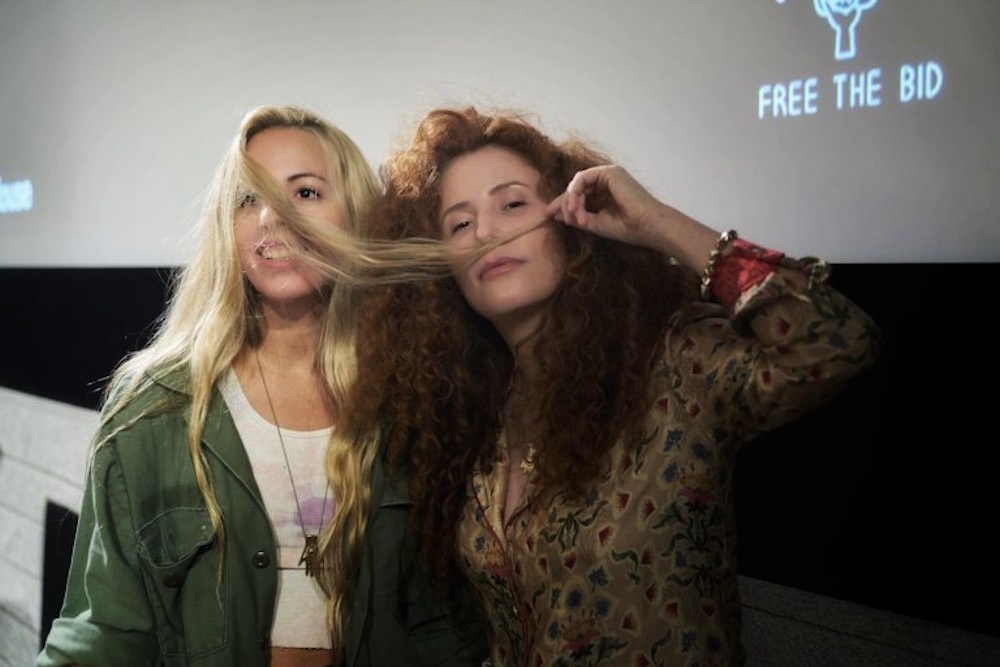 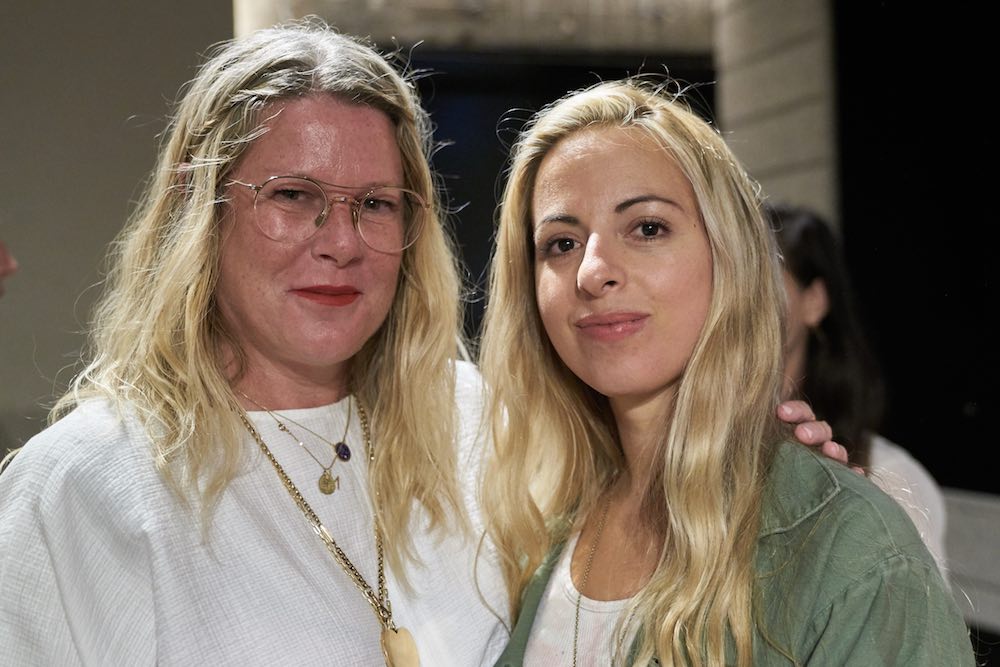 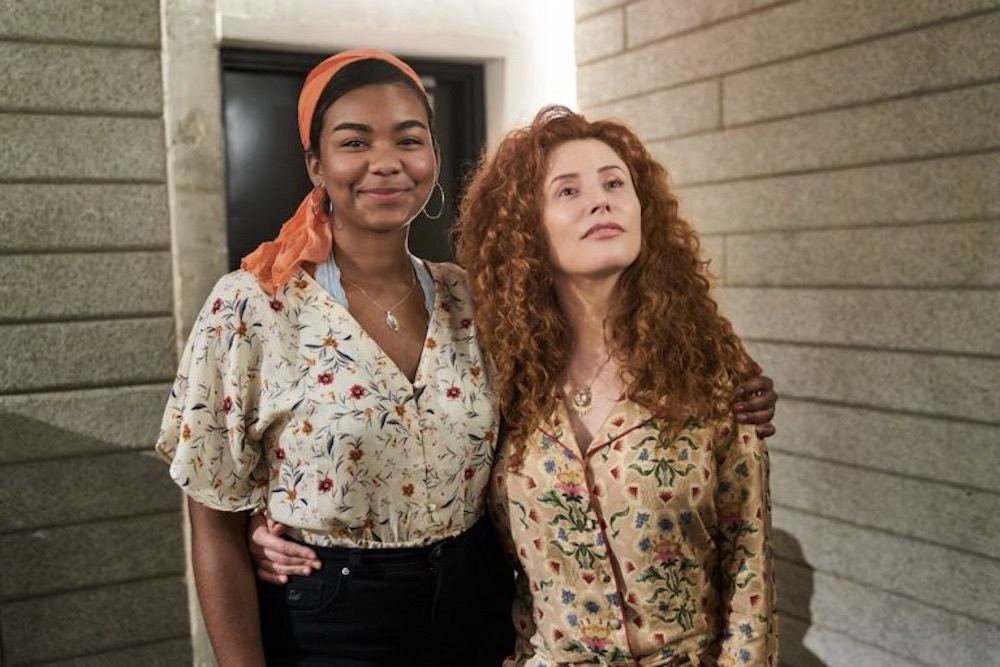 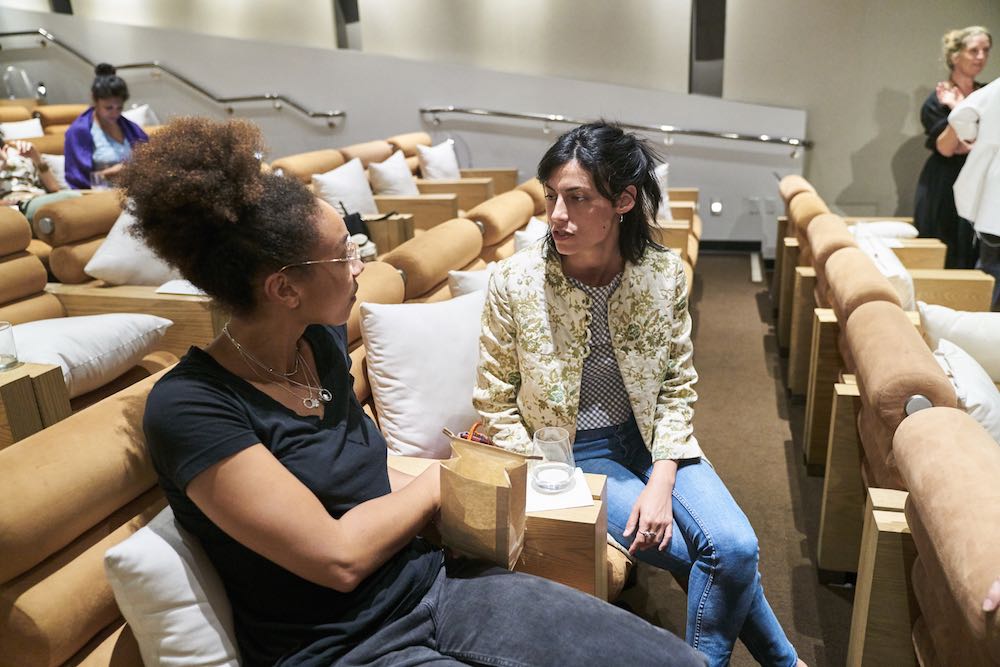 Director Savanah Leaf (left) in conversation with a friend 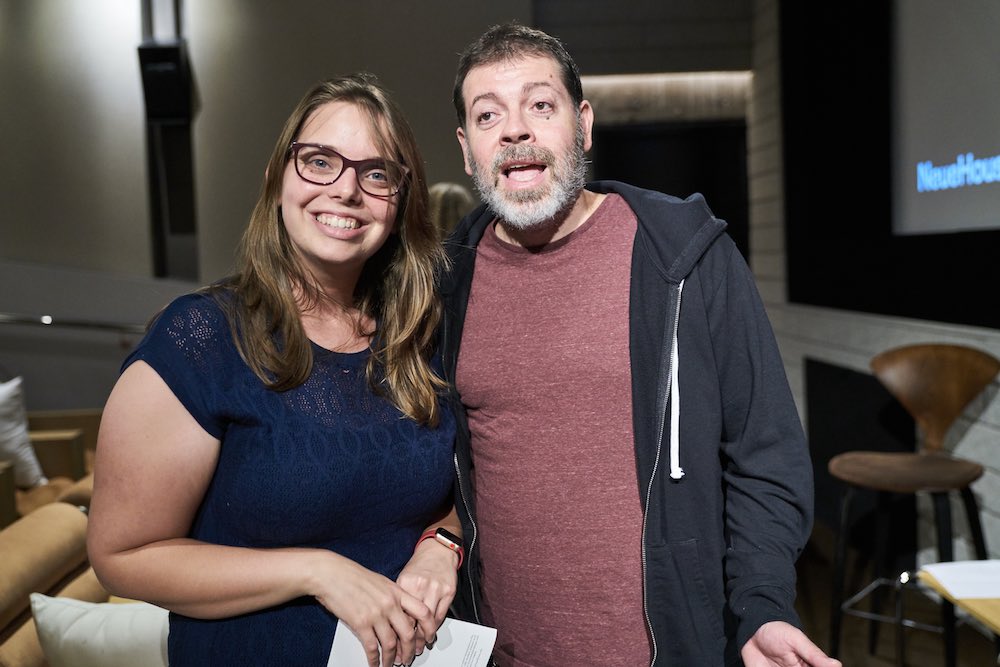 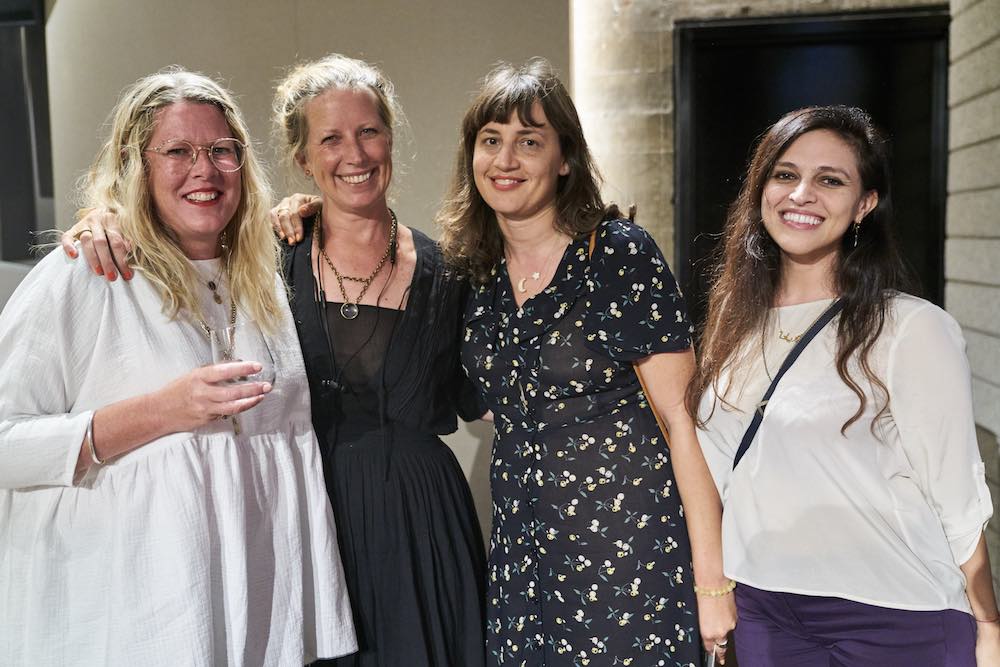