When it comes to excitement, passion, and love, getting “almost” there is never really good enough.

Director Christine Yuan‘s latest work for Mercedes, created with newly Free The Bid-pledged agency Antoni, explores some of  life’s best moments – wild nights out at karaoke, flashlight beach camping, a magical first kiss – and ponders whether any of these would be as impactful if they had “almost” lived up to their full potential. Spoiler alert: they wouldn’t be!

Christine pulls from real-life lived experience to create a car commercial that feels authentically grounded and relatable. This kind of perspective is often missing from the automotive sector: according to recent studies, nearly three-quarters of women believe the automotive industry doesn’t understand them as consumers. Hyper-masculine car advertising is unappealing to consumers of all genders, across the board: research from AutoTrader found that “77% of women said they were put off by hyper-masculine creative while 58% of men admitted hyper-masculinity was unwelcome.”

We spoke to Christine about dancing behind the camera during the karaoke scenes, creating “a rich tapestry” of experiential visuals, and feeling like a kid in a (very precarious) candy store while shooting the driving sequences. 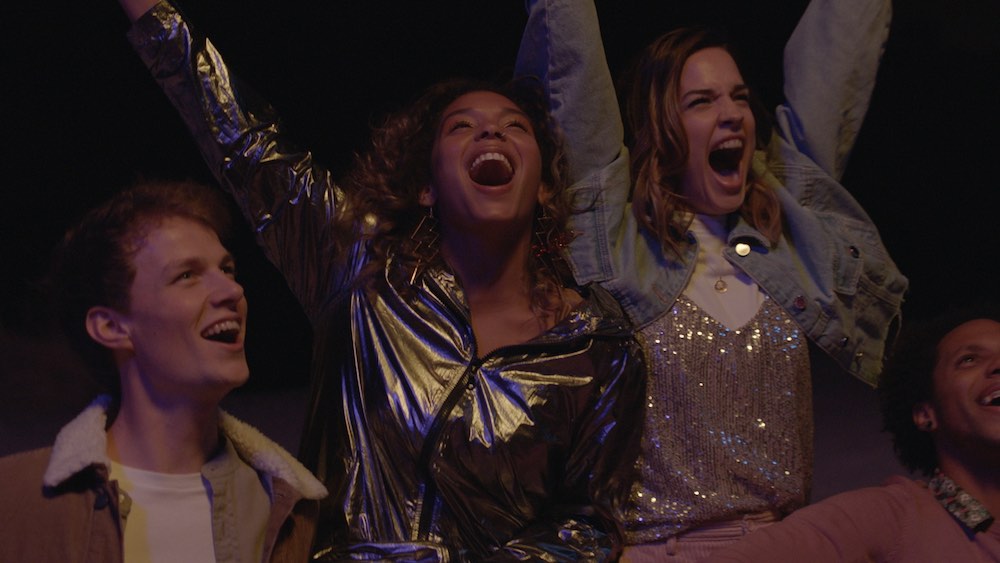 Your latest work for Mercedes is a meditation on “almost” moments – can you explain the initial brief and what excited you most about tackling it?

I loved the attitude of the initial brief: proposing “almost” moments that felt a bit tongue-in-cheek. The spot focused on storytelling, and I was excited to tap into the emotions of life – its laughter, joy, energy, passion, connection, and friendship.

What visual ideas did you bring to the table to elaborate on the concept in its original form?

I worked with Tobi, Antoni’s creative director, on concepting specific scenes we’d see in the film. Antoni and Mercedes both knew they wanted to feature coastal roads and the beach in some way. I had just gone beach camping for my birthday and thought it’d be an intimate setting for a scene. My friends and I also frequently sing karaoke, so that was another energetic moment I wanted to feature. I was able to visually base most of the scenes off personal experiences, which was really cool for the process – life inspiring life. 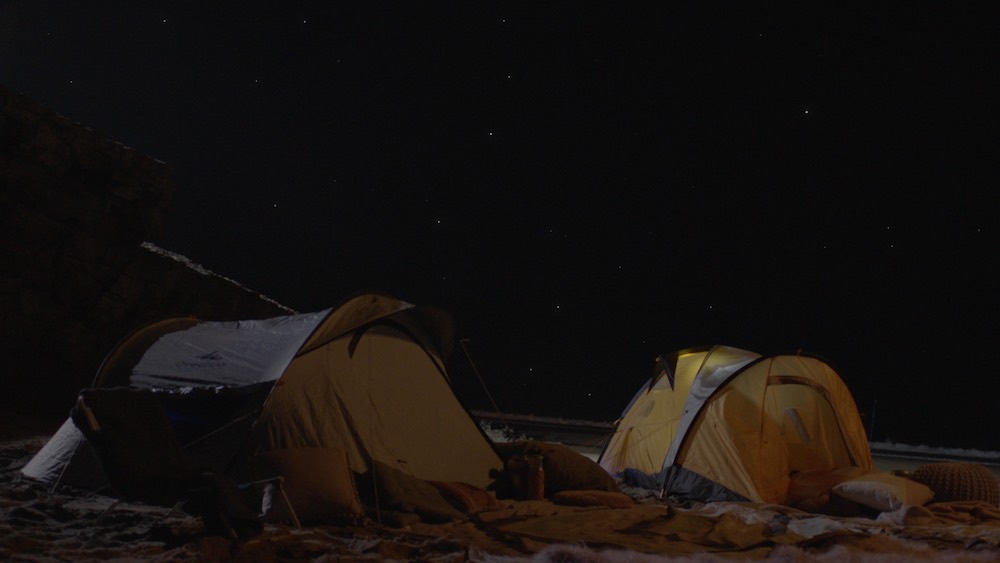 The camerawork utilized in this spot really helps to bring viewers into the experience of your lead character. How did you decide on the use of this kind of cinematography to tell the story? How did you and your DP work together to achieve the desired aesthetic?

Visually, I aimed to explore something a bit more psychological. I worked with DOP Martin Ruhe, who comes from a feature film background. We both approached the cinematography with storytelling in mind. The goal was to create a rich tapestry of visuals that felt as experiential as possible. Our approach prioritized the emotional state of our characters, with the camera working secondarily to support that.

What kind of direction did you give to your cast, in order to capture the kinds of footage you were hoping for in each segment?

This was interesting, as we shot in Lisbon – almost the entire cast was Portuguese with English as their second language. A lot of the time, Dília, our AD, had to translate. I wondered what was lost in translation, but I think for the most part things were understood. It’s all about energy anyway (no words, just energy)!

Our karaoke scene, for example, was a lot of fun. We shot on Lisbon’s Pink Street, in a tiny room in a club with 6’ mirrored ceilings. The setting had a vibe, and the cast started off the scene singing the Spice Girls’ “Wannabe”. They sang so many songs in that room (shout out to Billy Joel’s “Uptown Girl”). My gaffer caught me dancing behind the monitor, and I think the dancing says a lot about how I direct the cast. I guess it’s true – no words, just energy! 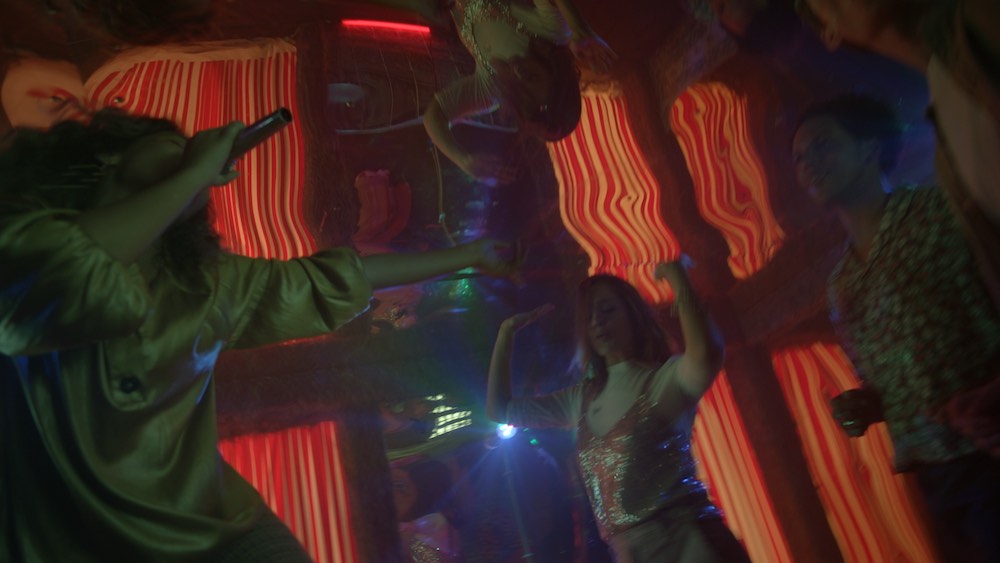 Did the shoot pose any unique challenges for you as a director – technically, or otherwise? Were there any particularly noteworthy moments on set?

This spot was my first time shooting driving shots on a proper scale, which was exciting. I felt like a kid in a candy store…who can’t move, because you’re in the back of a vehicle going 60MPH with a giant arm attached on its hood carrying a really expensive camera, directing your DOP who is directing the stunt driver, who is driving the picture car carrying your babies, aka the actors.

What elements of the final product are you most proud of?

I really love the spirit of the cast, and I’m most proud of the honest energy each person on camera gave. 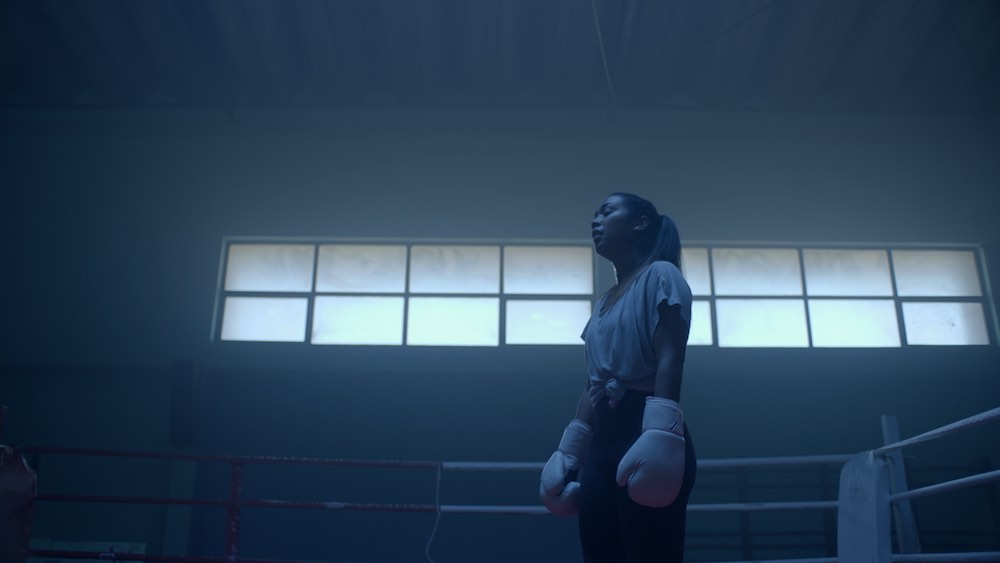 We find that women directors are often relegated to only shooting commercial projects that relate directly to femininity or womanhood, while certain sections of the market (automotive, for example) are seen as the territory of male directors. This ad is a good example of how the female gaze can provide a unique perspective to any work, across the board. Do you feel that your personal lived experience added to the quality of storytelling in this project?

Are there any kinds of filmmaking (commercial or otherwise) that you’d like to have a chance to explore in the future? 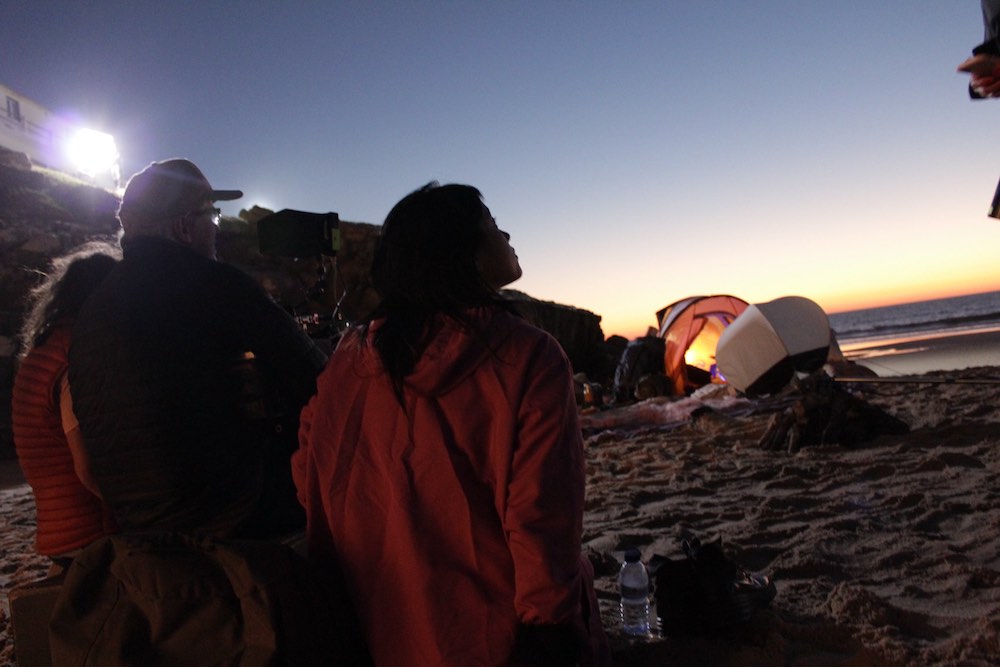