Unconscious bias is a subject rarely broached in advertising – in the pressure cooker of today’s global political climate, many brands shy away from addressing sensitive issues at all.

But like it or not, stereotypes are a part of life for everyone, which is why “#YouPeople,” South African director Chloe Coetsee‘s latest campaign for Nando’s (well known for their punchy ad campaigns), created with agency M&C Saatchi Abel, is a breath of fresh air.

Tackling the snap judgments that people make about one another, the spot succeeds by treating the subject matter with relatable humor, peppering funny Easter egg references throughout, and not letting anyone off the hook. The result is an ad that allows us all to examine our own failings and laugh together.

We spoke to Chloe about the sterilized state of most commercials today, finding ways to connect directly to viewers, and Free The Bid’s potential to make change on a global scale within the advertising industry. 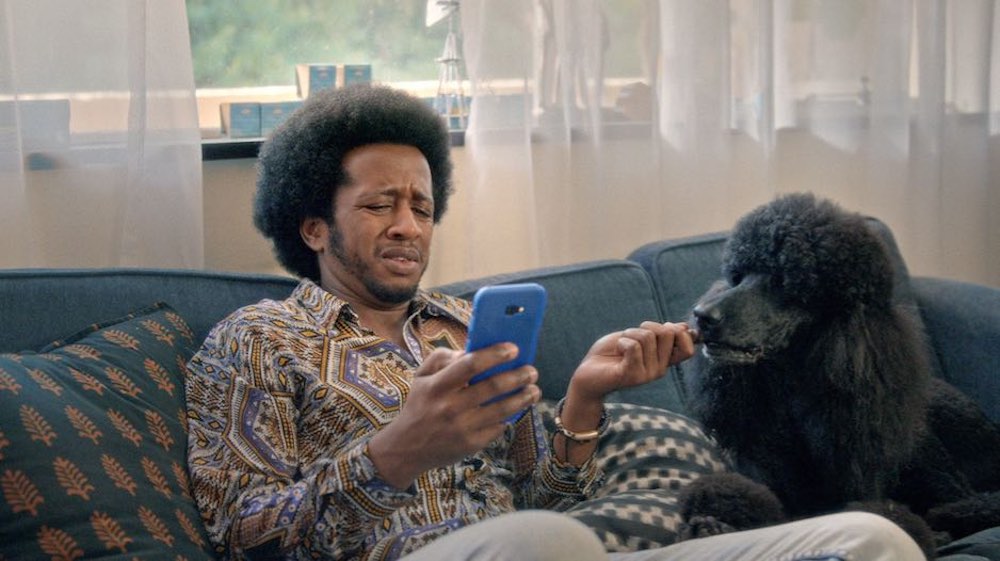 In a time when advertisers are often too risk-averse to engage directly with political issues, your Nando’s #YouPeople campaign, lampooning internalized stereotypes, is refreshing. What initially struck you about the brief for this campaign and piqued your interest, as a director?

A Nando’s brief generally piques a lot of interest, as they are known for brave and refreshing ideas. It feels like a lot of commercial content has been sterilized to the point of blah! nowadays, so it  was wonderful to see a script with so much punch. MC Saatchi & Abel’s #YouPeople campaign ingeniously highlights, as well as parodies, stereotyping. It was a no-brainer.

Obviously, racial biases and stereotyping of different communities can be tricky topics to address in a sensitive way, but this spot does a masterful job of underlining the hypocrisy of making snap judgements of others, in a universal way. How did you approach the potentially sensitive aspects of this campaign?

We replaced the typical voice over approach with the talk-to-camera technique, so that the messaging would come directly from the characters. By addressing the audience directly, there was no outright finger pointing of anyone, and hopefully everyone who watched the piece would be able to relate to it in some way. 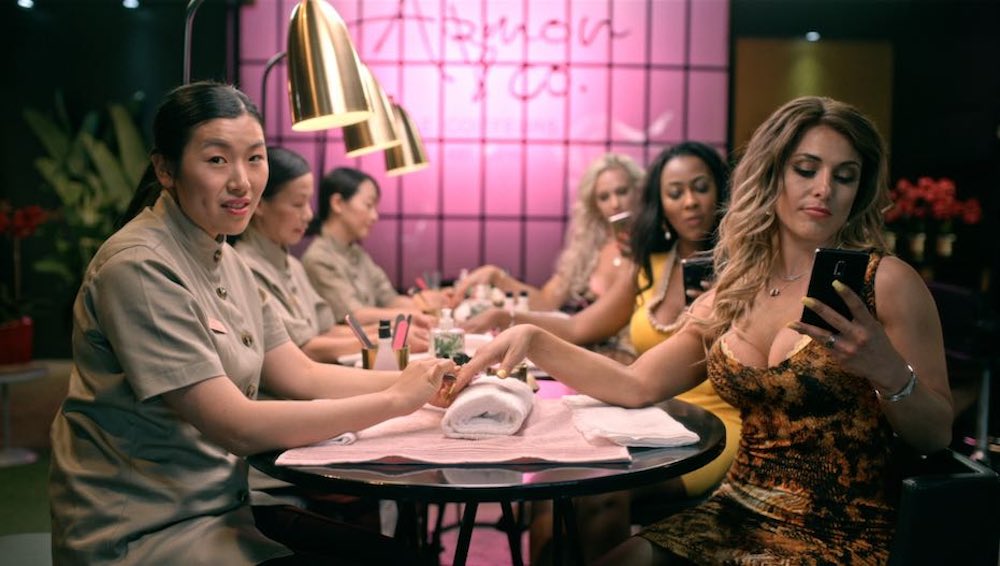 What elements of this conversation/campaign are unique to South Africa?

I think that most of the scenes are universal, but there are definitely some uniquely South African examples in there. We had a cameo appearance of a popular South African reality TV star, who is synonymous with the phrase ‘you people,’ and other little S.A. easter eggs. It was also packed full of colorful South African characters. The ‘Kanti’ name scene and the ‘accents’ scene are also scenarios that I think almost every South African has found themselves in, but they also work for an international audience as well, as I can imagine them playing out in similar ways within integrated societies across the globe.

How did you and the agency/client work together to realize your collective vision? What unique elements do you feel you brought to the table in this project?

This was one of those projects that welcomed collaboration. It’s a subject that everyone identifies with, so there was much brainstorming and rewriting until we just had to take the leap and make it. The creative team had a strong vision from the get go and client, as we know, likes to push the envelope so it was a good team effort all round. It was my job to make sure that all these different slice-of-life scenes felt genuine and worked as coherent commercial with a pace and a pulse. 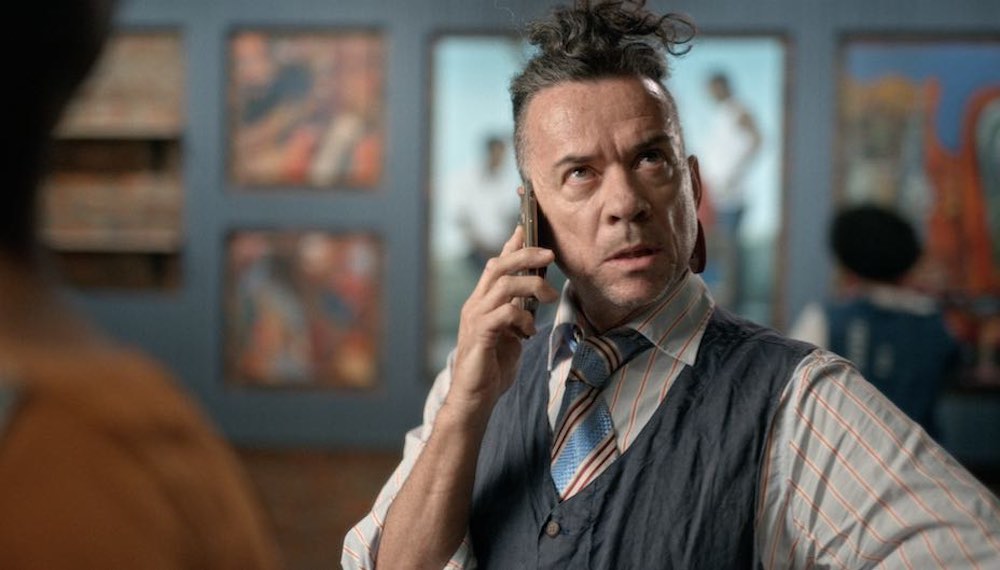 Tell us about the shoot – were there any particular challenges on the day?

Hahahaha…there are always some challenges on a set!  I didn’t want to cut the camera unless absolutely necessary, so getting all the scenes to work in one shot with the right pace and performance was tricky at times. “I love it…and again,” was a common phrase on set. There were plenty of takes!

What aspects of the final product are you most proud of?

I’m proud that we managed to pack a lot of good storytelling into a one minute commercial, and that we were able to showcase such a wonderful array of quintessentially South African characters. This was a potentially risky concept, and I’m proud that we stuck to our guns.

The spot has made the news for addressing prejudice head-on in a way that advertising usually avoids. What has the public reaction to this film been?

I think it was very well received and liked. It’s a sincere, authentic reflection of true life, so you can’t go wrong. We took some risks and they paid off – the South African public expect this kind of work from the Nando’s brand, and it seemed to strike the right chord with people from all walks of life. 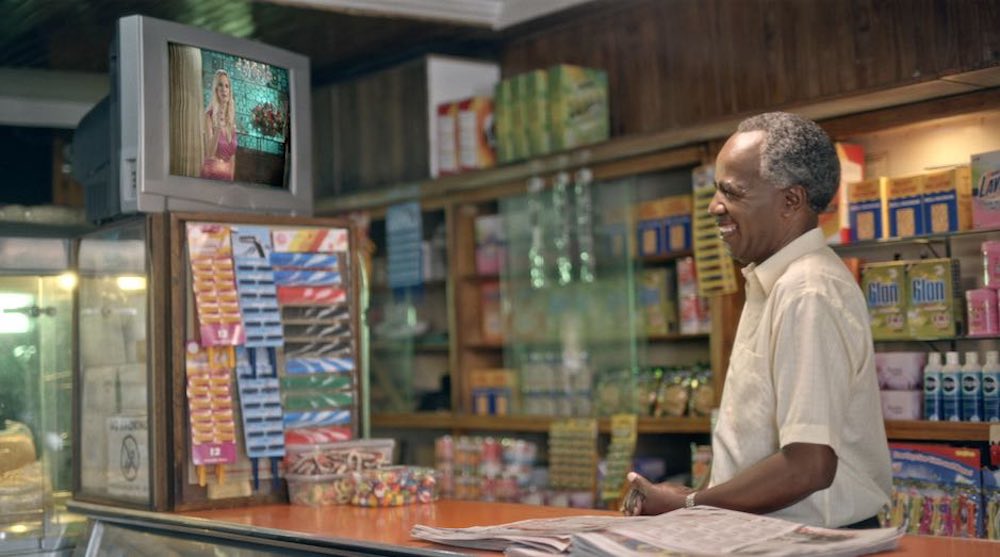 How does this project (and its sense of humor) relate to your general vision as a filmmaker?

There’s a lot of power in humor; you get to tackle quite serious subject matter with a smile. My sense of humor lies in quite dead-pan performances, so this felt like a good fit.

Another recent project of yours, “Breaking Ballet,” has been racking up advertising awards – can you tell us about your work on this campaign (alongside fellow Free The Bid director Jeana Theron)?

It was so lovely to work on a big creative campaign like that. Each of us got to explore different treatments and stories, while working within a common construct. This allowed us as directors to play and bring our individual stamps and styles to each piece.

The Joburg Ballet team are just amazing. They choreographed and executed incredible pieces in such a short space of time. We couldn’t have asked for better collaborators.

What are some changes that you’ve noticed since Free The Bid South Africa’s inception;  in terms of community, or in terms of the industry at large?

It’s just the beginning, I feel. The international commitment of brands and agencies has definitely started to filter down to S.A., which is cool. We have a slightly more nuanced situation here in South Africa, where gender sometimes takes a second place to race, privilege and legacy.

It was never going to be an overnight process, but it’s encouraging to see the international industry finally starting to get behind this movement.

Any advice you’d like to impart to your fellow women directors?

Keep pushing. We’re an integral part of a new era. Be seen, be heard and keep making stuff, even if it’s stuff just for you. You have such a wonderful, unique take on the world as a woman. Use it. 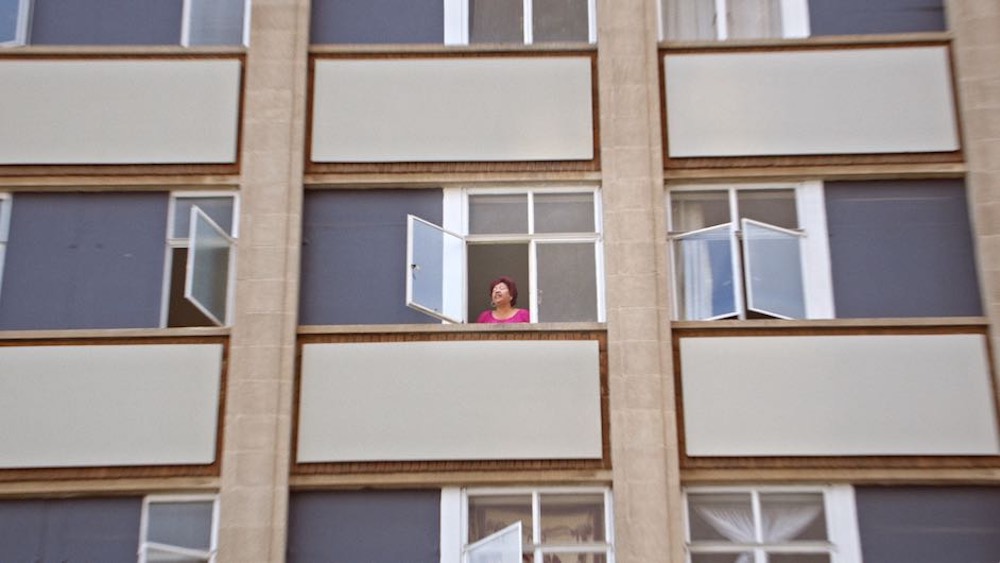