Traditionally, on-screen representations of drug dealers are dark, dramatic, and violent. However, sometimes the job of dealing drugs can be…just as mundane as any other job.

British director Charlotte Regan showcases this reality in in her short film “Dodgy Dave,” taking viewers along through the minutiae of a drug dealer’s day of work – with his young son in tow. Charlotte’s writing and visual lens imbue her subjects with the kind of depth, humor, and relational subtleties that are so often missing from depictions of similar characters in media. This authentic humanism is what sets the 24-year old director apart from the pack; even when shooting in black & white, Charlotte’s vision allows for shades of grey.

We spoke with Charlotte about the collaborative nature of film, giving housing estates the cinematic treatment they don’t often receive, and the need for unique perspectives onscreen. 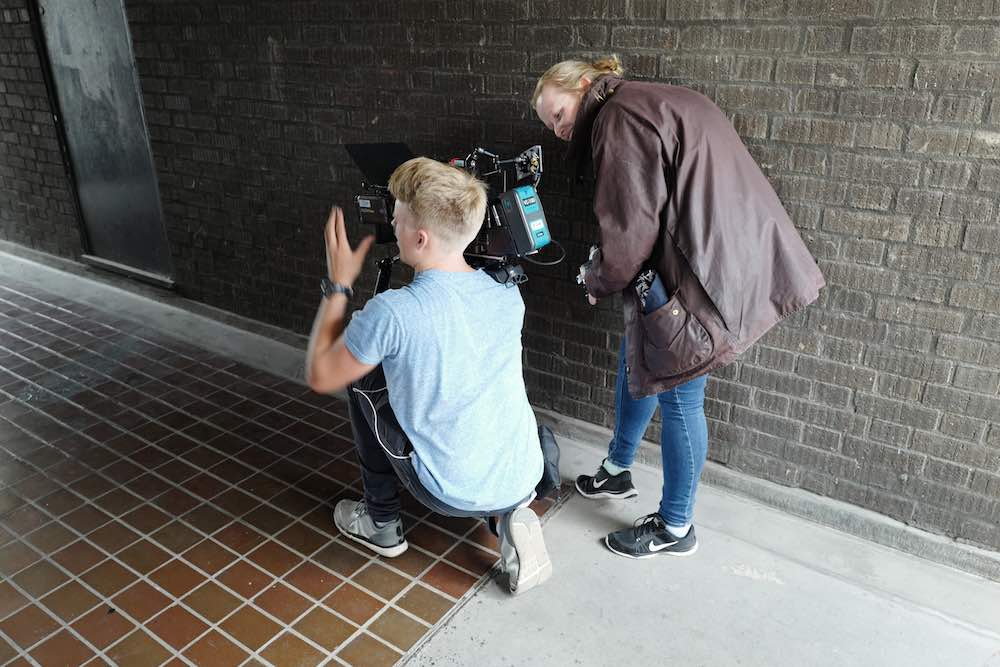 Your film “Dodgy Dave,” is an intimate look at a day in the life of a small-time drug dealer and his surly son. Tell us about the development of this idea – what was your initial inspiration?

I suppose it kind of came from the reaction most people have when they hear a drug dealer or something similar mentioned – the way most people think the world is really black and white, good people and bad people. They don’t stop to consider that the drug dealer could be a loving dad who’s just trying to provide for his family. I’m not trying to change people’s opinions or anything like that, just trying to hopefully offer a more realistic glance into these day to day lives.

You see a lot of drug films that are constant violence and glamour, villains and heroes and all that. You never see the boring moments of these jobs, or the truth that most day to days are more dull than your average 9 to 5. The people buying and selling are pretty normal. 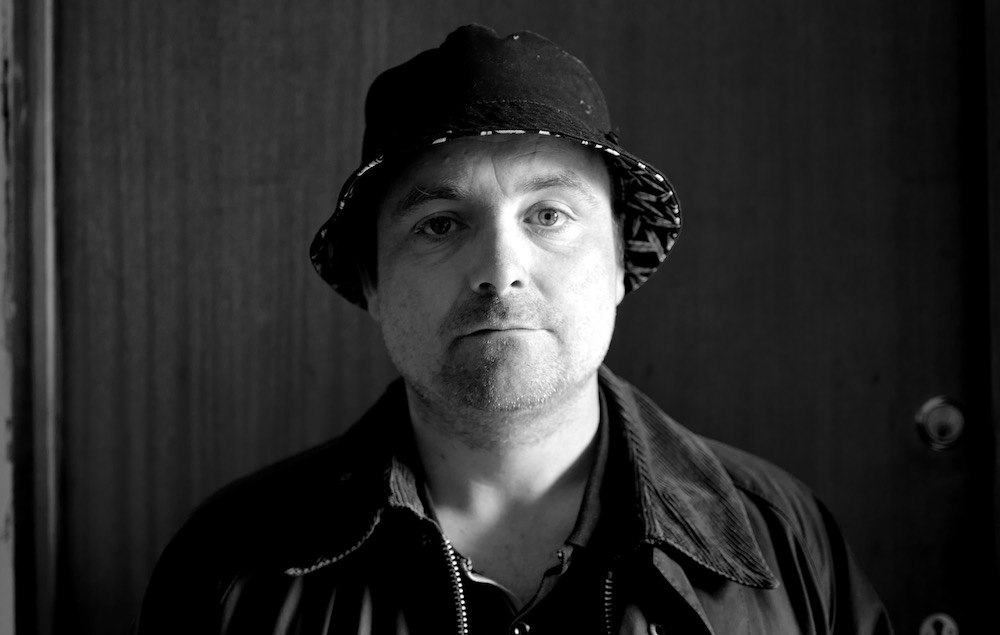 How did it evolve over the course of bringing this film to life?

It changed quite a bit. I think it started as a concept – a drug dealer dad and a son on a day out together – and the first few scripts were pretty far from how it ended up. Once Stink became a part of it, it started to develop a lot more with their help. It was the same way with the DOP and the editor, who both input their ideas. It’s super cheesy, but my favorite part of film is that you get all these ideas together in a room and the film becomes a little bit of each of them. My sound designer Michael had a massive input into the edit – even into the script, as it was such a sound-heavy piece. It’s always the whole team taking that ownership and giving me tons of ideas. I think directors who claim it was just them who created a piece of work are chatting rubbish; we just get to take credit for the ideas of the amazing teams we are surrounded by, haha! 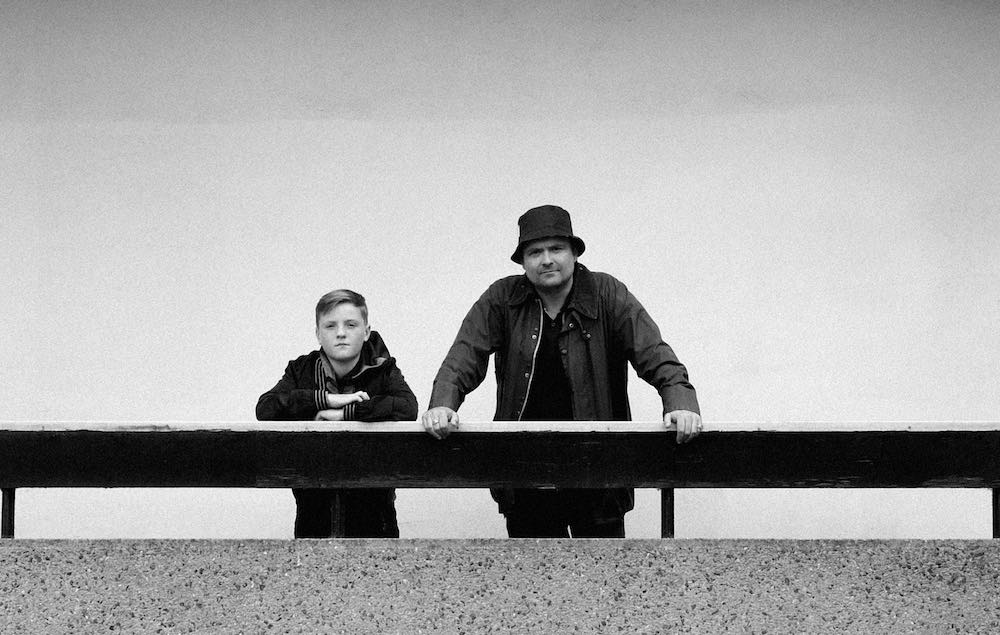 The performances you’ve captured are filled with such specificity and unspoken intention. How did you find your cast? What kinds of preparation and direction did you give to your actors?

Neil Maskell was someone I had honestly always wanted to work with, from a young age. I just thought he was an incredible actor, so it was amazing when he said yes! Mitchell, the son, was cast with the help of ET Casting. I wanted someone who didn’t have much/any acting experience, someone who felt true to this kid who has grown up on an estate and is quite street smart. I always kind of avoid theatrical performances, if that’s what you’d call it – I love stuff that feels real and subtle, because I really hope that’s the style of the scripts. Neil and Mitchell were perfect.

We didn’t do any rehearsal, but again, with something like this, that isn’t something I would’ve wanted to do even if we did have the time and budget. I think with young actors in particular, it’s important to keep it all fresh, because they will often just get mad bored of repeating lines over and over. We tried to change it up with each take and give Mitchell the freedom to just be himself. 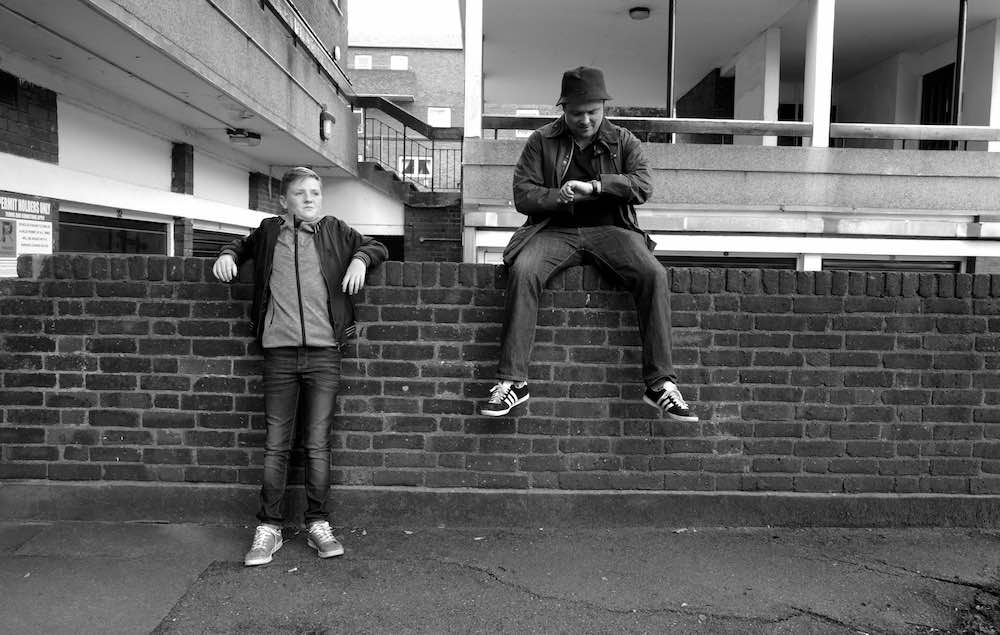 What was the significance of the film being in black and white?

I wish I had an arty answer for this! I don’t, unfortunately. I knew Black and White was something I probably wouldn’t get the chance to experiment with in features, and thought the locations kind of lent themselves well to it. I think housing estates are proper beautiful places that are often photographed in a grim, de-saturated, gritty way. I can see why – they aren’t the most colorful places – but I thought the Black and White gave those locations the chance to be cinematic… maybe… I dunno.

Did this film allow you to push your film technique in any new directions?

For sure, in a few ways! Working with a young actor properly in a scripted piece was a first with this. It was also the first time that me and my DP Arran had done something other than our usual handheld work that I always opt for. It was more slow and locked off and was a totally different style, which was great to explore. 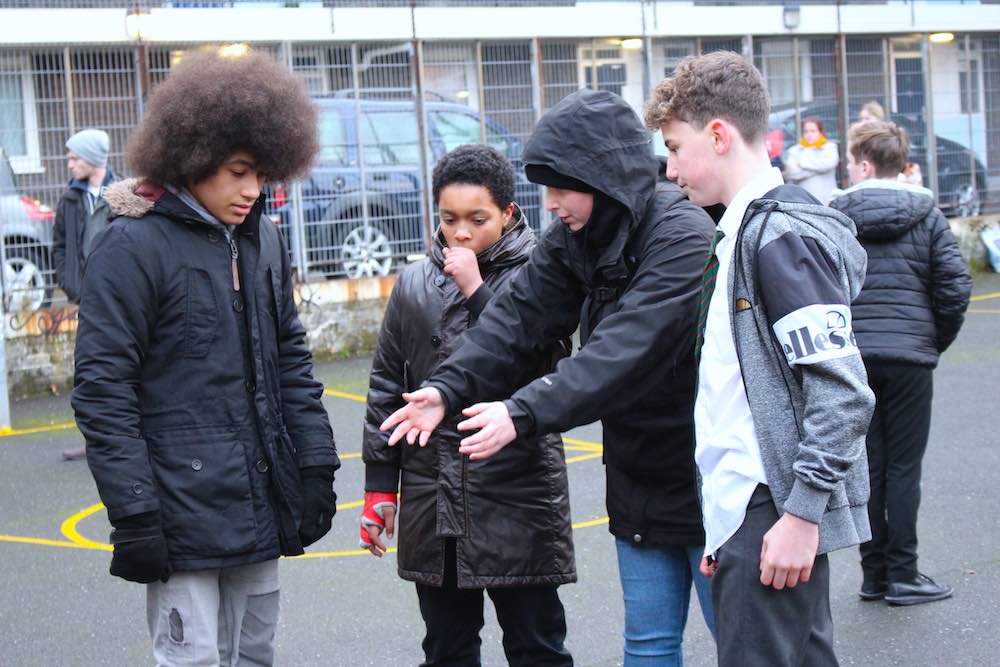 You’re a young, self-taught director who has made a name for yourself by telling stories about the world that you grew up in. How does the vision of the world that you explore in “Dodgy Dave” relate to some of your other short film work?

I suppose they are all quite working class worlds – other than maybe “Standby”. I’m not too sure how they all relate. I just know they are stories I’m excited to tell and feel connected to, or feel like I can tell in an authentic way.

Because of the authentic filmmaking voice that you’ve brought to your short films, you’ve been tapped to shoot some excellent music videos for grime artists like Wretch 32, and commercial work. How do your personal projects inform your commercial projects, and vice versa?

I kind of just like everything to revolve around a story or the character. The cinematography, the editing, the casting, etc… everything needs to be motivated by the story, as opposed to the other way around. Which can still be brilliant work, for sure, but I just mean that personally, that’s what motivates me: a story and a character. Everything else follows and is more natural because of that. I think that is my intention with every type of work: I want to create a character and story to put in a cinematic world. I don’t want to create an epic cinematic world without any characters or stories then have to scramble for what the story is. If that makes sense! 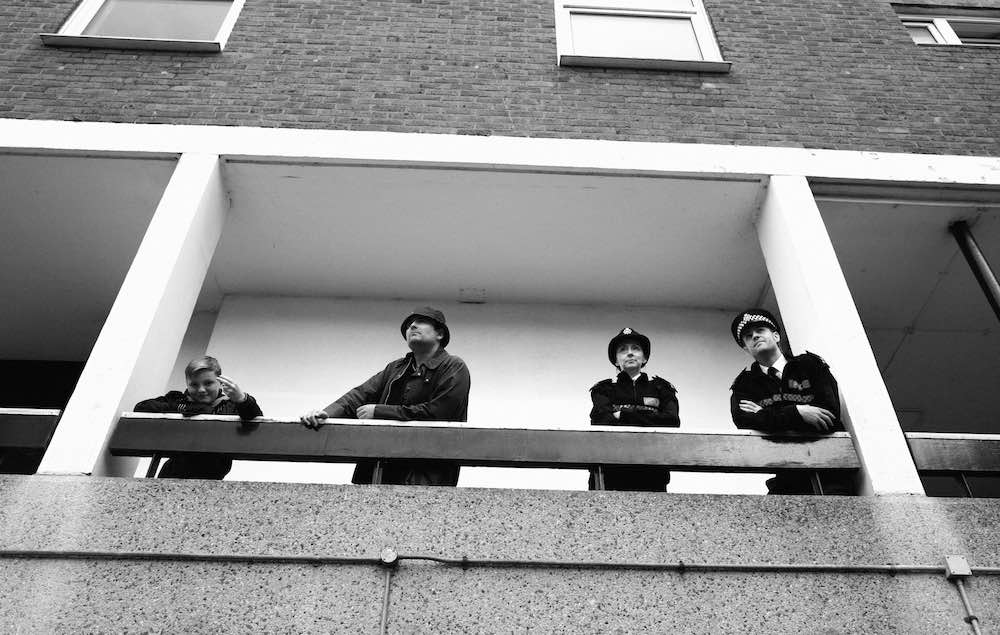 What kinds of cinematic storytelling do you hope to have the opportunity to explore in the future?

Anything and everything! If there is a character or story I read and feel connected to or feel moved by, then it doesn’t matter where it’s set or what type of story it is.

Free The Bid is dedicated to broadening the conversation and appreciating the work of often underrepresented voices in film. In your opinion, what do you think makes the expansion of perspectives behind the camera so crucially important?

I think filmmakers, artists, anyone who creates is unique because of their perspective or their take on a subject. The way you or another filmmaker might tell the story would be completely different to the way I’d tell it. Having all those new and different perspectives will just naturally lead to new stories, and that’s important. We don’t want to keep watching the 12th or 13th version of the same film being told from the same perspective. 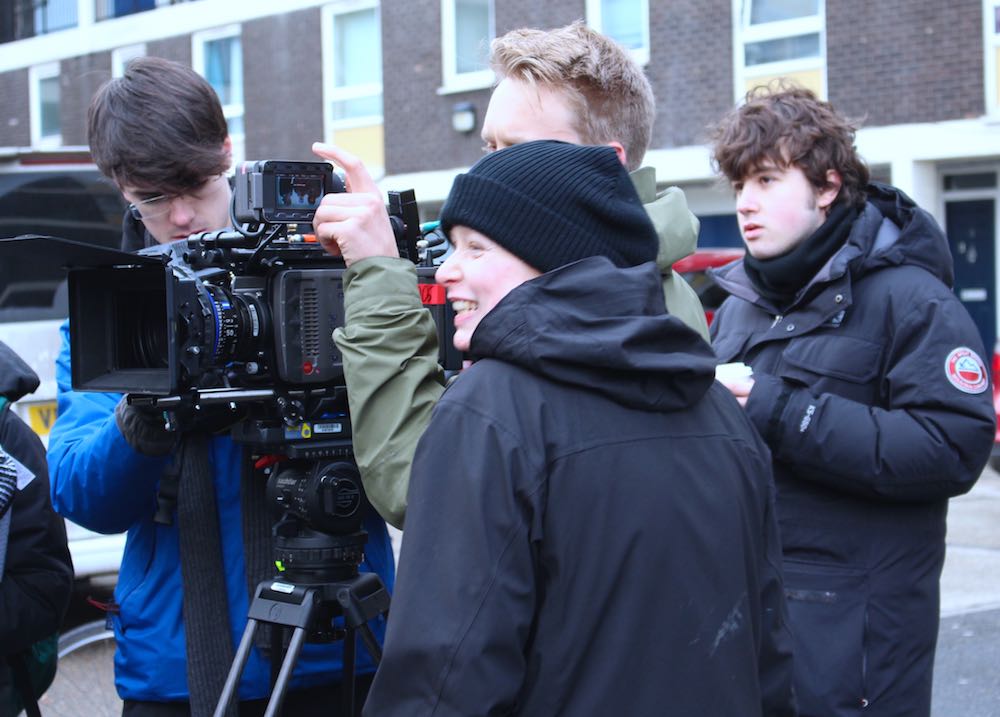