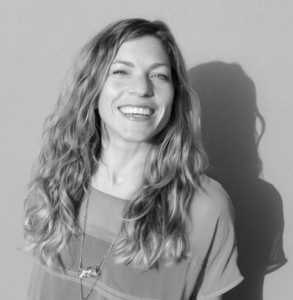 There are always two sides to the conversation on how technology affects contemporary life.
On the one hand, we’re now more capable than ever before of communicating across the globe and accomplishing tasks that were previously the stuff of science fiction. The flip side, of course, is that we’re now more likely to be glued to our devices, affecting our person-to-person relationships in previously unforseen ways.

Bridget Savage Cole‘s latest short Swell plays on this dichotomy of tech’s potential to be simultaneously exciting and dangerous. A couple experiments with a mood-altering app, which only deepens existing issues in their relationship. More than just a sci-fi cautionary tale, Swell is poignant because its exploration of mixed signals and miscommunication is universal – it’s a relatable human story at its core.

Bridget’s exuberant, visual directing has been commissioned by brands including Alice + Olivia, Aritzia, Nordstrom and Shopbop. With a background in dance and choreography, Bridget’s work is full of movement and color. In addition to her extensive commercial and music video experience, her stunning AFI short film ‘OowieWanna’ has played at festivals around the world.

We got to chat with Bridget about perfecting the aesthetic feel of the short, taking time out to focus on performance, and why right now feels like a great time to be a woman director! 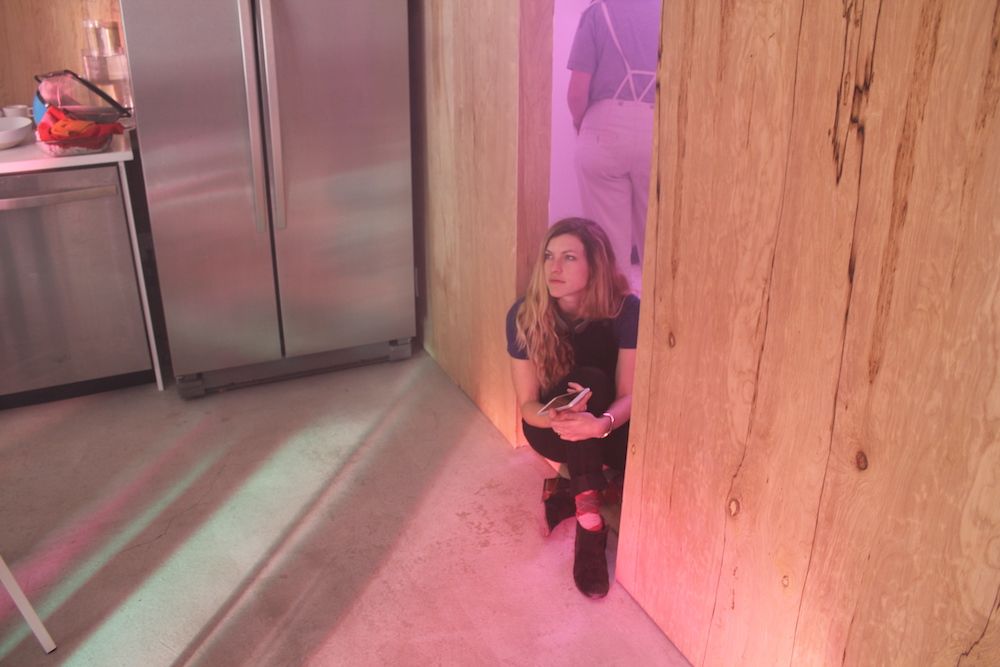 We love “Swell,” your recent short riffing on the way that tech can interfere in contemporary relationships. Can you tell us about the initial spark of your idea for “Swell,” and how you went about the various stages of bringing your vision to life?

Thank you! Swell is about a couple using a smartphone app that allows users to change their mood. The crazy thing is that it doesn’t even seem that far fetched.  These insane miniature computers we carry around in our pockets seem capable of just about anything. But this concept was just as much  inspired by the collision of technology, new age life hacks and self-help culture that promises to curate your optimal self. We love trying to control our moods and our days: from vitamin waters that promise to “focus” you, to scented oils, to guided meditation apps for every occasion.  On the other hand, emotionally, this film is about the frustration of trying to connect with a partner when you’re on different pages. As simple as when someone is trying to clean and the other is hungry or tired. In today’s day and age– technology (ie: our addiction to our phones and feeds) is becoming a major obstacle to that connection.

Did the short’s final outcome differ from your original idea? Was there anything exciting that you discovered in the process of the shoot?

One of the reasons I was attracted to this project was that I knew it was going to challenge the heck out of me to focus on performances. The entire film takes place in one room, with the same two actors as they move through an insane range of emotional experiences. It took me a long time to cast, because I knew I needed amazing performers, and I was so thankful to find the incredible Gabriel Luna and Britt Lower. One thing that really informed the film was that we did a long rehearsal day on the actual set, and worked the script to the point so that they could perform it start to finish, almost like a play. We also did a lot of intimacy exercises and I tried to set a tone on set that was super soft, warm and safe– more like a kindergarten classroom than a set. Britt and Gabriel really gave their heart, soul and bodies to this project– and I think their on screen chemistry was the most important discovery of Swell. 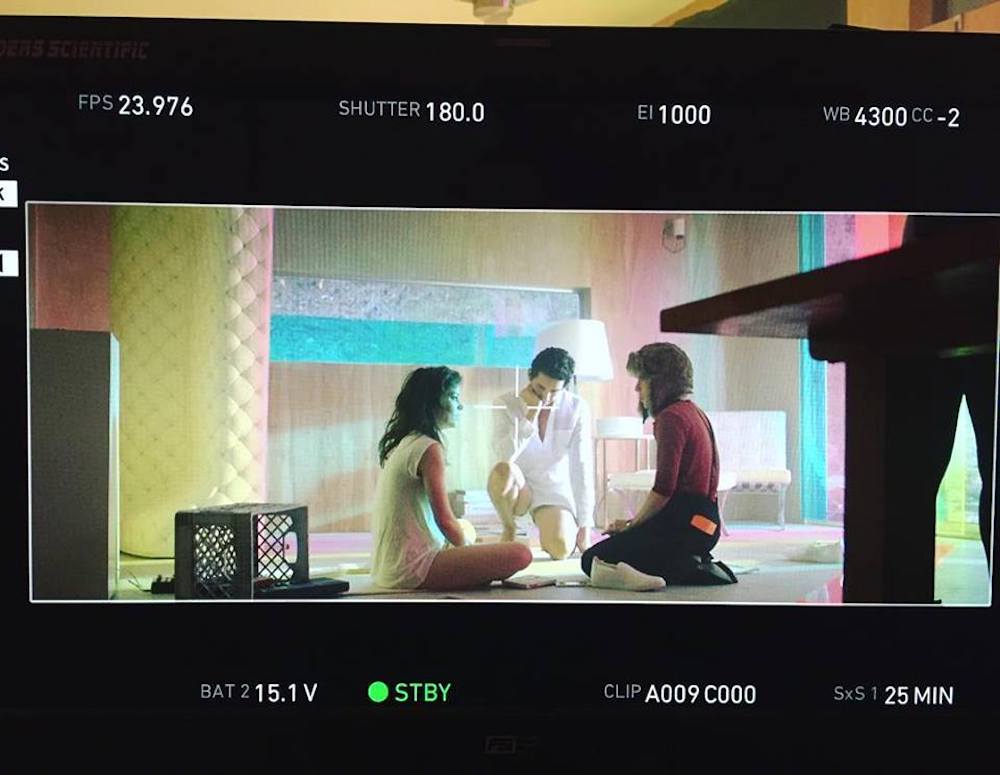 Were there any visual/stylistic reference points that you had in mind for this short?

It’s funny because even though this is a sci-fi film, the tools are all devices that exists in modern day. So, I got a kick out of leaning into the classic aesthetic of Futuristic – white, clean, well-designed- to help underscore  how futuristic our lives have become.

The visual inspiration behind the set and the colored light was to help underscore the changing of mood from beat to beat. In the set and costumes (by Kate Mallor)  there are very few colors – just whites and neutrals. But the colored light streaming in from the blinds – designed by our production designer Tyler Jensen and lit by the amazing cinematographer Todd Banhazl – helped to create different tonal shifts  within the same set.  I think this is one of those examples of the limitations inspiring creativity.

The artwork for the App is by an amazing graphic designer David Grey, and his color palettes inspired the entire film’s aesthetic.

Since you’re credited as a writer/director for “Swell,” is writing often a part of your practice? How often do you get the chance to work on projects where you’re taking on both roles?

I’ve written almost all of my personal projects, but I also love just being a director for hire, which is my role on Commercials. Writing is a lot more challenging for me, but I think ultimately more rewarding.

“Swell” premiered on Refinery29. Can you speak to your experience working with online content platforms such as Refinery, and provide advice for other directors interested in having their work showcased similarly?

Refinery29 has invested a great deal of resources into supporting female directors, and I am so grateful for everything they are doing for the community. I already had a relationship with Refinery, but the premiere happened because I just asked them point blank if they would release it on their site. If I gave any other filmmakers advice, it would be just to find out which brands you love and support and just reach out.

Since you’ve created both short films and commercial content throughout your career, can you speak to the differences in working on both types of projects? Has your work on commercial jobs informed your directorial approach on shorts like “Swell”?

Absolutely! I love finding the balance between creative projects and commercials and they both inform each other. The commercial projects challenge you to work in new ways and build bonds and rapports with amazing crew. The passion projects help expand your mind  and feed your soul.

You’re a former participant in AFI’s Directing Workshop for Women – what was that experience like?

The AFI Directing Workshop for Women  was a wonderful experience and gave me a lot of confidence to commit to this career path. Their alumni community is incredible and I am proud to be a part of it.

What’s next for you? Any exciting projects you’re working on currently?

I’m currently in prep on a feature called Blow the Man Down about a bunch of salty women making trouble in a fishing town in Maine. I co-wrote and will co-direct it with Danielle Krudy, my art-wife and partner in crime.

Since the start of your career, do you think that the industry has made significant changes to better foster women’s success as directors, or is there still a lot of work that needs to be done?

The tone of the conversation about women in film has completely changed even in the 7 years I’ve been in LA. I used to go to female filmmaker events and leave feeling kind of sad– like there was a sense of hopelessness that things would never change. Now, it really feels galvanized– things are changing. The statistics honestly haven’t changed much, but  people are demanding it, and there is a buzz of hope in the air. For me personally, I am thankful to be a woman filmmaker at this exciting  time.

Storytelling and media create frameworks for how we understand our own lives. We need to reflect the diverse range of human experiences in our stories.

When I was a child all my favorite children’s shows and movies were mostly male characters – Doug, Rugrats, E.T., The Neverending Story. As an older child I loved Star Wars and Indiana Jones, and as a teen obsessed over Dumb and Dumber, Kingpin, American Pie etc. At the time I had no idea, but looking back, there were so many  male characters and the females mostly served the male storylines.

We’re doing a great disservice to our culture if women and people of color grow up subconsciously feeling like side-characters in their own lives.

We need to ground stories in different viewpoints to truly evolve as a society and learn to have empathy and understanding for others.  I think it really is at the root of so many of the world’s problems.

Do you have any final words to share with the Free The Bid family?

I’m so thankful for Free The Bid, and what it has done to really MAKE CHANGE in the commercial industry. Commercials are also stories– contained in smaller form. They are powerful because they are so widespread, and they slip into our collective subconscious. What Free the Bid is doing is important work, not just for the women filmmakers but for female viewers everywhere.