Somesuch director Aoife McArdle‘s latest work for car insurance price comparison website Confused.com, created with agency Karmarama, packs enough narrative content into 60 seconds to conjure up a fully realized visual world. Taking aesthetic cues from past decades and melding them together, Aoife creates a sci-fi landscape that, despite being reminiscent of classic dystopic visions (Terry Gilliam’s “Brazil”, the work of author J.G. Ballard), is all her own.

Aoife’s no stranger to crafting singular automotive ads – in 2017, she shot Audi’s memorable Superbowl spot, and her Honda ad from 2015 includes a thrilling depiction of a rocket launch.

We spoke to Aoife about being inspired by location scouting in Kiev, wrangling 900 extras over the course of an 8 day shoot, and her drive to tell meaningful stories.

Your spot for Confused.com is a remarkably cinematic experience, condensed into 60 seconds. What was the initial conception of the spot, when you came on to direct?

The initial premise was a man driving through a confused world of consumerism until he emerges on a path of clarity. I was lucky to get to envision that world and design the various scenarios and encounters he would have on his drive. The agency and client put a lot of trust in me, so it was a very creatively satisfying, fun experience. 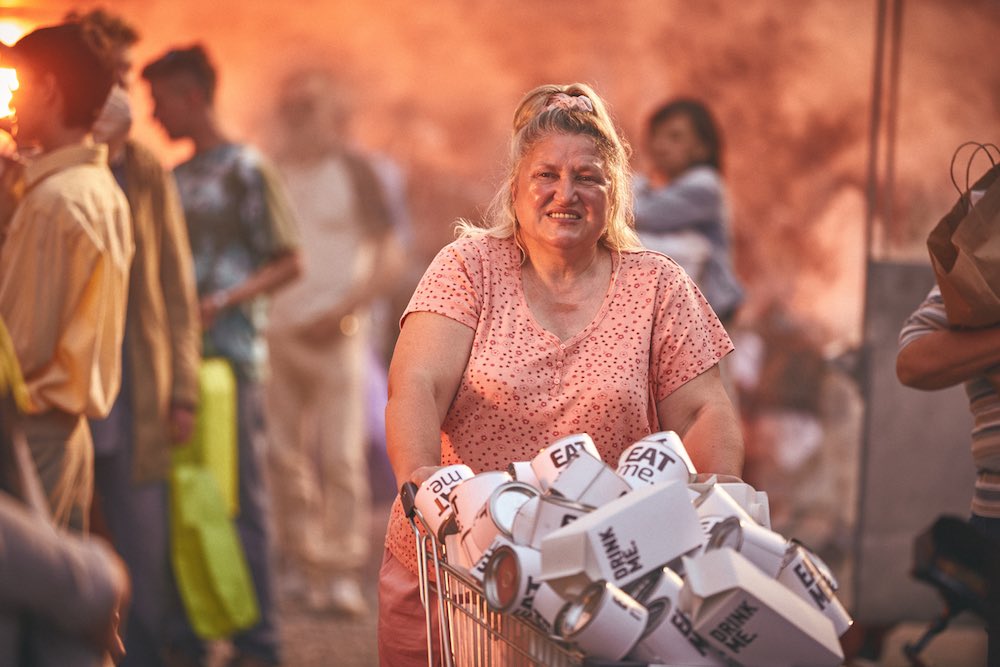 The spot has a clearly defined dystopian vision – what were your aesthetic reference points for this campaign?

I wanted the feeling of heat building up over the course of the film, disconcerting day time neons and fluorescents, and unexpected practicals. A hot, colorful but moody, blinking dystopian shopping world. I gathered a lot of art, photography and film stills – Barbara Kruger, Andreas Gursky, Saul Leiter. I had Ballard in the back of my mind, but also wanted the confused world to speak to our lives and fears right now. I wanted it to be heightened visually, with a strong mix of 50s and 60s color palettes that conjured the birth of advertising and consumerism, and overall to have an irreverent, late 70s/80s horror movie tone. I wanted metallics and mirrored surfaces that confront us with our own behaviors in a playful way, pink hues and vibrant pastels, as well as audacious cars and displays of wealth to nod to 80s excess. The shopping areas and markets of India and Thailand full of overwhelming choice and character were also inspiration for detail.

The white open air supermarket with homogenous products and sleepy, robotic consumers and the car dealership with the car spinning on a crane were just scenes I’d always wanted to create that happened to fit this brief. On our location search in Kiev, we found an incredible half-built shopping center with a pink glass kaleidoscopic front. That gave me more inspiration for the shopping mecca aesthetic and was one of the canvases for the production designer and I to build out further from. The natural aesthetic of that particular building pushed us a little more towards references like the original “Blade Runner,” and “Brazil”.

How did you approach bringing the vision to life? What was the structure of the shoot? Can you take us through the stages from your initial pre-shoot planning to your experience on set? Tell us about the set that was crafted for this spot – what were some of the unique challenges that it posted?

Initially, I wrote how I saw the film as a script, then put together a visual treatment. After that, I did a detailed story-board. Creating the surreal world of the film was such an epic undertaking for our team that designing the boards and choreographing the action early on was essential, so we could all move carefully in one direction. After that, it was about finding locations that could be art directed to fit the boards. We did concept art work around each location, then a great deal of prep and work went into bringing the storyboard world to life, especially in the production design and casting.

There were 4 scripts which we shot over 8 days. Ukraine really delivered on the locations I had in my mind. It’s one of my favorite places to shoot, as there’s so much fascinating old architecture, atmospheric landscapes and unusual faces and characters. Everything has a moody, cinematic edge. When I’m there, it always inspires me to want to create sci-fi dystopias.

On set, we had to move fast through each script. We had a huge amount of extras to choreograph – 900 over the 8 days. I always wanted to use Conan Mockasin ‘Forever Dolphin Love’ as the soundtrack to the Confused world, so we timed all the consumers’ supermarket movement to the relevant sequence from that in camera. We ended up scheduling around weather conditions, predominantly, as the heat and sun was so important for the look. It’s a look that combined natural sun, artificial lighting and huge shadows to give more of a dense, urban feel and allow the lights to ping in spite of the sun. Our set had multiple cranes for lights, for 40 by 40s, for set construction, so it was a bit of an assault course. Sometimes we had more than 300 extras on set at one time, so it was a pretty epic, surreal enterprise in front of and behind the camera.

How much of the spot came together during the post-production process?

The post was really about finessing and bolstering what was created in camera. I always knew the lighting, signage and art direction would need finessing, as the weather and budget created limitations there. The post was also about compositing our warmer, filmed background plates on to certain sets like the supermarket. The top shot of the supermarket is the biggest post shot made up of multiple plates of our choregraphed extras. We couldn’t afford to build the entire set in camera, as the set build was so expensive, so knew we’d have to duplicate and extend it in post to give it more of an epic, Gursky-like feel. I always try to do as much as physically possible in camera, though, as I want an authentic, gritty feel rather than a slick feel. I love using post in an artistic way to just accentuate what’s been achieved in camera.

What were the highlights of working on this project for you?

I think even though it was for a brand, it felt purely creative, and like we were making something quite bold at every stage. I really enjoyed coming up with ideas and designing the storyboards, as the concept gave so much scope for irreverent humor, strange characters, and epic, choreographed action and cinematography. I also loved the casting process. I’m really happy with the individualism and character the supporting cast all brought to the film. 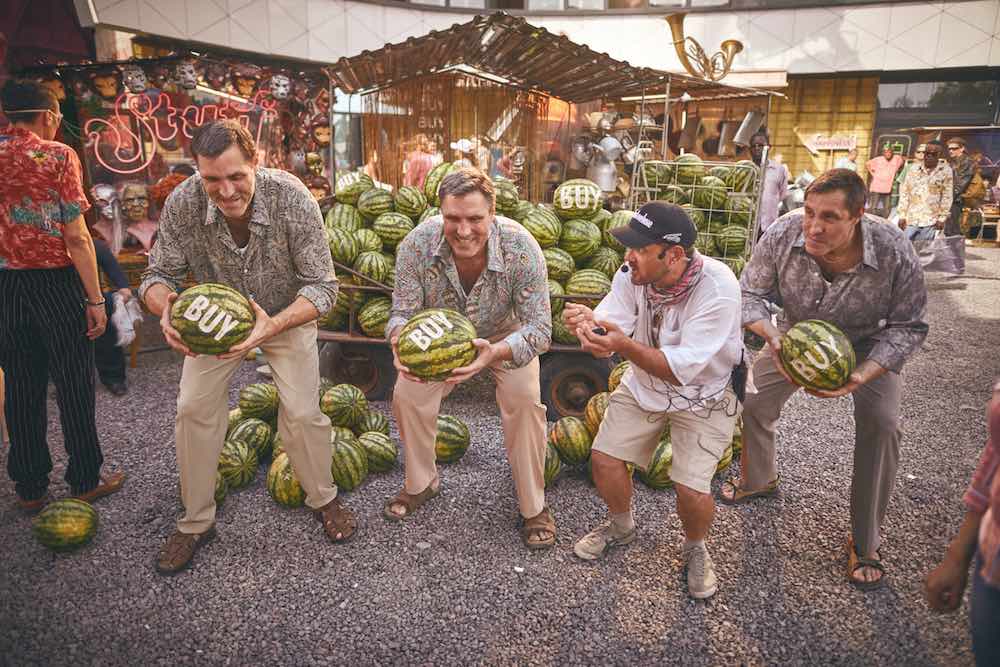 You’ve created some truly memorable ad campaigns, such as Audi’s “Daughter” ad (which ran during the 2017 SuperBowl) and Absolut’s “Equal Love” campaign. Can you talk us through the path from your early music videos, to your introduction to the commercial world, through to creating feature films (“Kissing Candice”)?

Since leaving film school, I’ve just always followed the creative instead of the money, and chased projects where I thought I might have the freedom to create something bold or different. I like challenging myself technically and forcing myself to learn on each project – I always try to take risks and try to push hard to make concepts and narratives feel as original as possible.

Your earlier Honda “Ignition” ad is one of the most beautiful car commercials we have ever seen. It is even more impressive in light of the fact that women directors are so rarely hired to direct car commercials. As a woman director who has had the opportunity to direct a number of car commercials, what are your favorite aspects of working in this field?

I love artistic sci-fi, so that was what attracted to me to the Honda project: the fact that it had that epic scope and cinematic potential. I like cars a lot (especially vintage models), so I enjoy working with car brands generally, but I think I’m really just attracted to strong concepts or narratives that have something valuable to say. It’s all about the meaning for me, and how I can carve out a way to deliver a message or story in a visually or sonically arresting way. 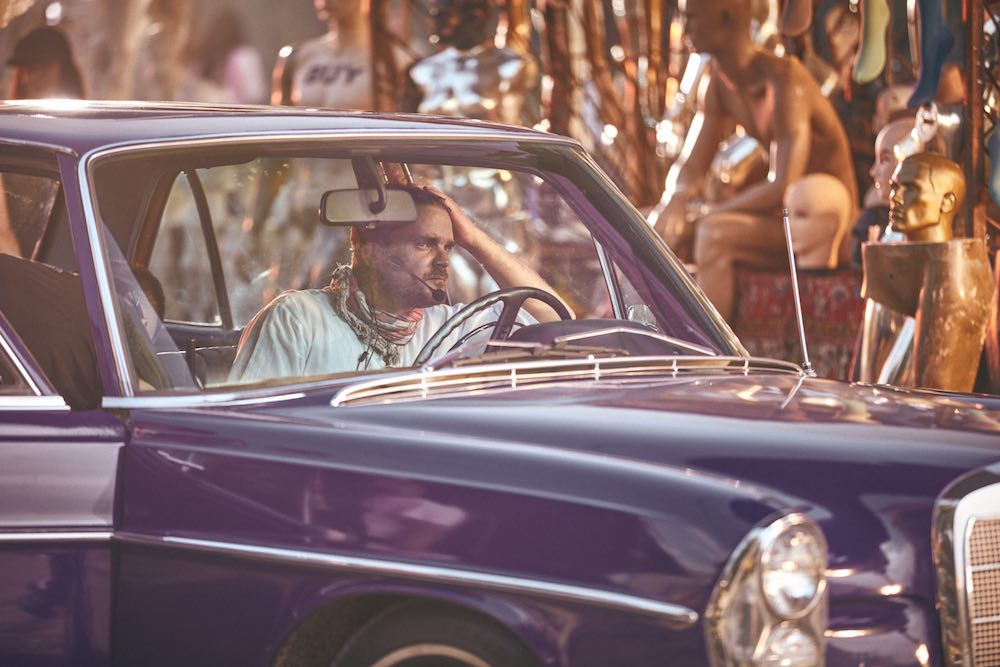 Are there any hallmarks that run throughout your work? What are the unifying elements of your directorial vision, if there are any?

I’m a visual person, so I always start with images and play out stories in my head from that angle. I just try to stay true to my own instincts and never veer away from what I like. I guess a style has solidified over a good 15 years of directing for a living, but from the beginning, I’ve always liked the visual sensibilities of Noir; bold ideas; messy, imperfect humanity; and immersive cinematography and soundscapes. I guess I must see the world in quite a dystopian way, as that perspective seems to come out in my work, regardless of the subject matter or genre.

I’ve been researching and writing a new feature film. It’s a sci-fi horror. I’ve always wanted to write it, but didn’t think I could get the budget for it as a first film. I’m really enjoying the process of taking the time to develop it now. 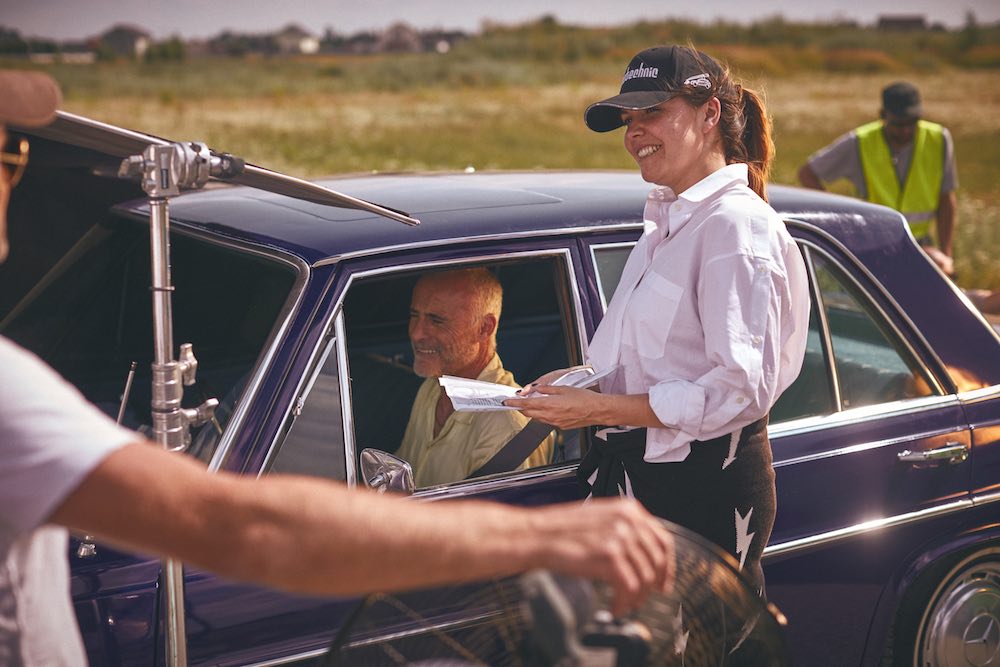