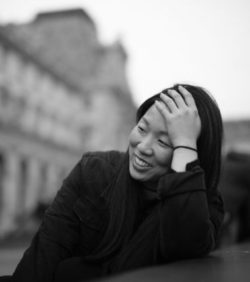 We don’t like to use the word “epic” lightly, but it’s definitely the right way to describe Framestore Pictures director Anh Vu‘s latest work, “Choose Great,” for Buchanan’s Whiskey. Moving from one visually stunning frame to the next, this spot makes it clear that Anh is a directorial force to be reckoned with.

Anh Vu is a director based in New York City with a background in design and visual effects. Having started at Psyop in 2007 as a Designer, Anh quickly elevated into Psyop’s director collective. After 9 years at Psyop, she joined Framestore Pictures as their newest signed Director.

We had the chance to talk with Anh about her Buchanan’s shoot, her career trajectory, and the importance of belief in your own vision. Check it out below, along with some on-set photos from the Buchanan’s shoot!

Can you tell us a bit about your process for your latest work for Buchanan’s?

My process for the Buchanan’s film was slightly different from my previous work. There was a lot of character development and dialogue involved so collaborating closely with my acting coach, Sheila Gray, was critical in developing each character and creating a story that was cohesive.

I also often collaborate with Kenji Katori, the director of photography on this project. We have a great partnership as we’ve worked on several projects together. He knows exactly what I am always after and we always push one another creatively. I’m very fortunate to have found the right partnering DP and together we are always able to create beautiful pictures.

And of course a lot of planning took place. I had an amazing team that believed in my vision and together we were able to make it all happen. It took us 14 days of location scouting, several stunt rehearsals with In Extremis and carefully planned visual effects from Framestore. 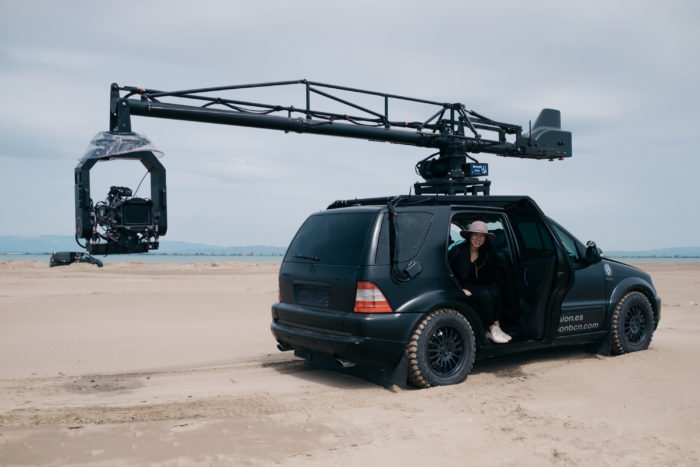 How do you feel that your personal vision was conveyed through this ad?

The agency and clients really believed in my vision and they let me run with most of it. I had so much creative freedom that somehow it felt strange. It’s not very often that agency and clients let you run with projects without getting multiple layers of approvals from everyone. So it felt very liberating but at the same time very stressful because sometime working without any creative boundaries can be more of challenge.

What pushed you to to this line of work ?

My background studies came from painting and computer art. I was quickly picked up by a production studio called Psyop. There I grew to become a designer and quickly became a director. At the time, the work that I focused on a lot was visual effects and animation because that was what Psyop was known for.

It was a natural progression for me to move away from directing animation and to lean towards directing more live action. Production is a tedious long process and I was yearning to find more real human connection with my work, something that was hard to capture with CG.

Ultimately, I was fortunate to have met the right people at the right time. These people believed in me, my vision and in my capability to excel in directing.

How easy was the transition from Europe to the US ?

Transition was a very interesting experience. I grew up in Toulouse and Moved to Biloxi Mississippi when I was 16. Moving there was a culture shock. I had this presumed vision of what America was: a futuristic country, where everything was shiny, new, advance but instead I experience the opposite. It felt like we were going back into times. I’ve seen racism, poverty, drugs, gangs, rundown towns, people divided by their race, religions and their economical status.

But there was great things about this transition to the US. I have learn to accept myself, my background, I’ve started to embrace my Vietnamese culture, something that I always tried to reject when I was growing up in France. All I always wanted was to be just like the French people because I was ashamed of being different. But here, I have learned and felt more acceptance even though the country is going through a rough time now. 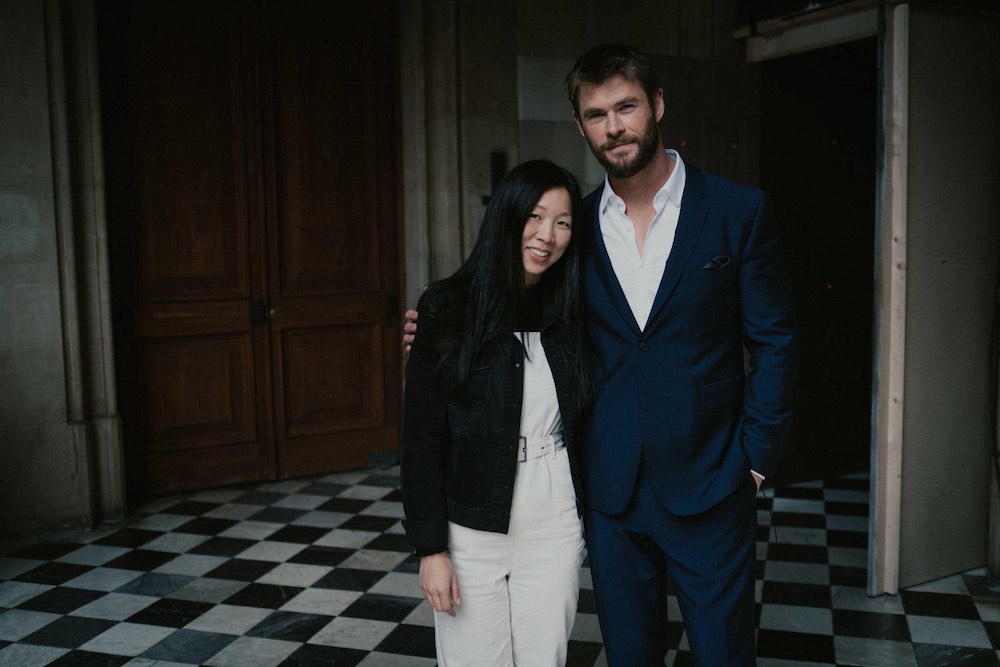 How have your responsibilities changed now that you are a director ?

I’ve been directing for about 7 years now. I think my responsibilities are semi the same. I just have different focus now. I am focusing more on what my vision is about, making sure that the work is true to my style. The stories and visuals has to be feel meaningful.

Do you see a difference working on a short film vs a commercial project ?

Commercials are different beast of their own. It’s fun, challenging, sometime rewarding but most often it’s about gaining more experience for bigger projects down the line. Short films are passion projects that makes you feel good about crafting something creative and meaningful, it puts everything you’ve learned to the test.

Would you say that you have a certain style/aesthetic in your projects ?

My most recent work tend to be more human, intimate and poetic. Moody and emotional that’s how I would like to describe my style.

Do you find it important to keep up on the latest technical evolutions ?

I think it is important to keep up with new technologies but I also think that we shouldn’t get lost within it. It can be distracting and sometime you lose sight of what is important. I used to work with very technical teams, I am aware of the technical evolutions but I like to avoid it and keep things simple and real.

Why do you enjoy working at Framestore Pictures?

Framestore Pictures is a live action production company under the umbrella of Framestore. I joined their roster of many talented directors. What I really enjoyed from this new partnership is the vision that Jennifer Siegel and John Duffin, the EP at FP have for their directors. They grow their talent based on their skills but also strongly believe in their visions.

Obviously, it’s a great plus to have the power house of Framestore to support the VFX side of any projects. The quality of work that comes out of Framestore is always very stellar.

What would be a dream project for you ? A feature film ? A video game trailer ? A 3d projection mapping ?

What kind of difference do you think is made by representational diversity, both on-camera and behind the scenes?

Because of my upbringing, growing up in France as an Asian woman, I always felt that my voice would get lost within the clutter of the world and naturally I was supposed to become this invisible person within our society. I grew up defying my cultural background and I’ve learned to speak my mind and express myself through my craft. I like the idea that I could make a difference and become an inspiration to many people, not only to women but also to men. It shouldn’t matter where you are from, what gender you are, but as long as you have a passion and a drive for what you love doing, you will succeed.

Do you have any advice for aspiring women directors?

Always be true to yourself and believe in your vision. Don’t let others dictate how you should behave or perform as director. Being inspired by life itself is the most powerful feeling you can attain and with that anything is possible. 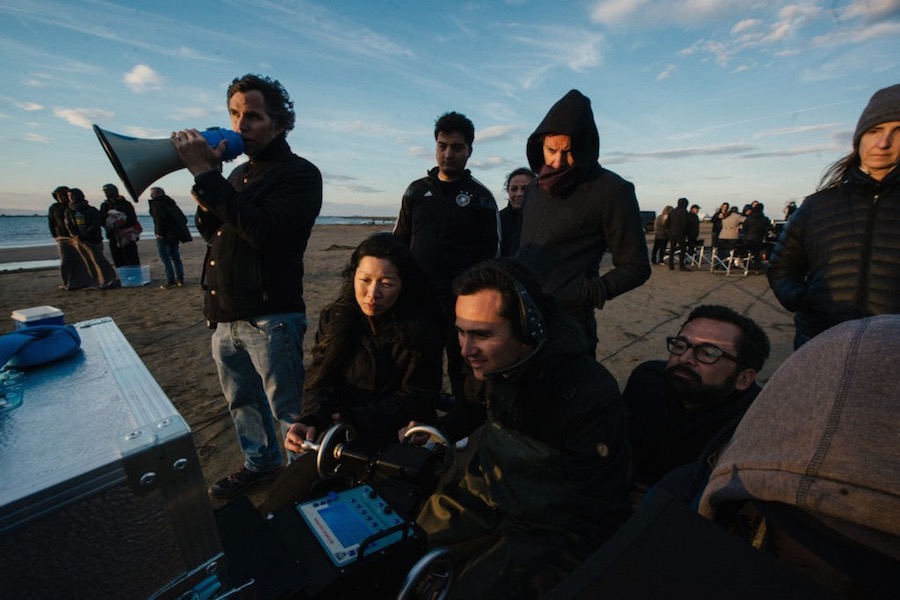