As we approach Pride month in June, visual stories like director Angie Bird‘s new spot for Gillette, created with agency Grey Canada, showcase some of the hidden and tender moments that trans people experience in their daily lives.

Bird, who is signed to production company Chelsea, came to directing after learning the ropes as an art director at Leo Burnett, where she worked with brands like Special K, Weight Watchers and Robert Mondavi Wines. Bird also wrote and directed the short documentary “You Won’t Regret That Tattoo”.

Her latest work for Gillette, a Free The Bid-pledged brand as part of the global commitment from our friends at P&G, showcases Bird’s documentary-style approach, providing an intimate look at her subject, Samson’s, poignant and meaningful relationship to shaving. It’s powerful to witness the love and support captured here, and the resulting film is an important next chapter in Gillette’s investigation into expressions of masculinity that push beyond stereotypes. 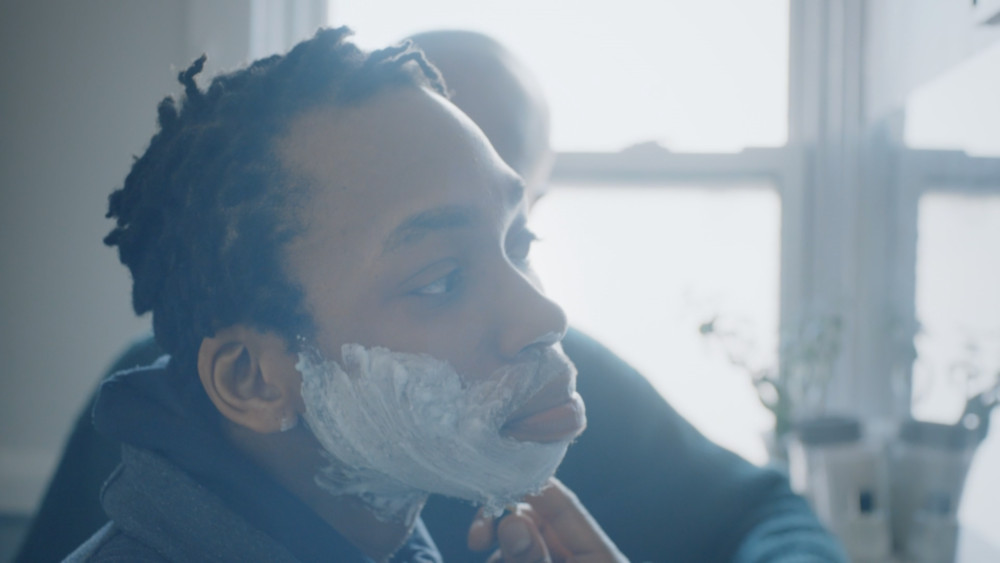 Your tender, thoughtful new spot for Gillette takes a look at a trans man’s meaningful first experience with shaving. What drew you to this project initially?

I was initially drawn to the idea because it was something that I hadn’t seen before. It was an authentic and honest human story that I myself wanted to watch. As I dove deeper into Samson’s story, I really started to understand how big of a moment the ‘first shave’ was for him.

I personally remember going through puberty and making the decision to shave my legs for the first time, and while it’s not the same, I feel like the idea of a “first shave” is a big moment that people can relate to. That’s what I really love about this idea: whether you’re trans, cis, gay, straight, black, white, whatever, you can relate to the story and the vulnerability in this moment.

This, of course, isn’t the first recent spot that Gillette has created to move the needle forward on more nuanced representations of masculinity. What were some of the highlights of collaborating with Gillette, which is under Free The Bid supporting brand P&G?

I love that Gillette is deciding to tell more diverse stories. I think it’s important for brands to connect to a larger audience and tell stories that we haven’t seen before. In some cases, it can be quite risky for brands to put themselves out there with stories that challenge the “norm”, especially in the current political climate in the US. It’s a brave, bold move for brands to be progressive when we are seeing such a regressive government. 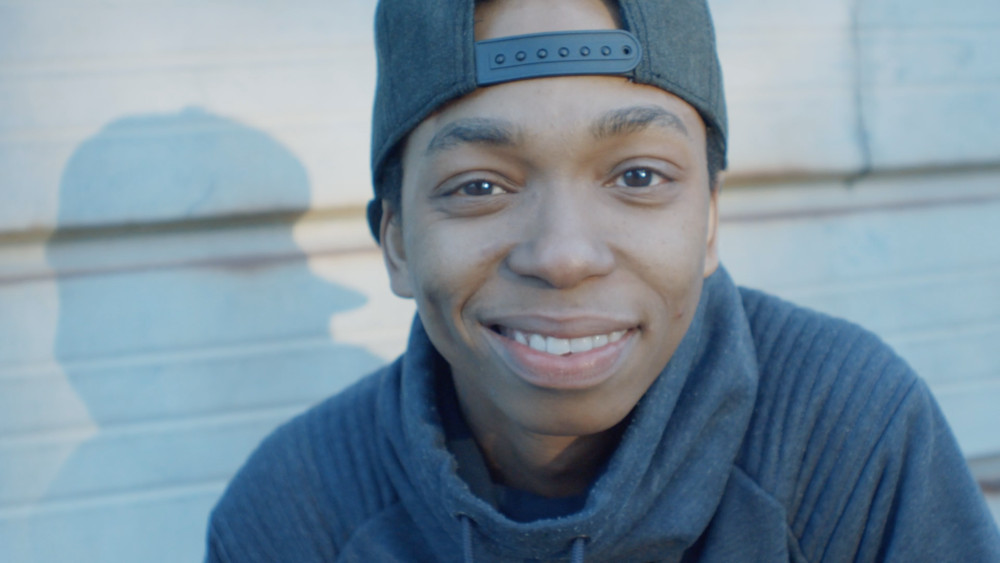 When you’re shooting, how do you establish a rapport with your subjects, in order to create a comfortable environment for them to get so personal and intimate?

I love working with ‘real people’ – it’s something I’m very passionate about. I’m genuinely interested in learning about people from all walks of life. I always make sure that when I’m interacting with the subjects I’m open, vulnerable and honest; they can ask me anything.

I recently did a cross country campaign in the US for a pharmaceutical company that focused on women with breast cancer. Their stories were so incredibly raw and real; everyone on set was crying, including the agency and some of the crew! ­ It was really cathartic for our subjects to have this open, honest supportive energy around them while they told their stories. It allowed them to tell their most true stories, and for me, there’s no feeling better than being a part of someone’s journey. I think that being this way, as the interviewer, helps the interviewee feel free to be their authentic selves, and that’s what we want – raw and beautiful honesty.

What were some of your favorite moments that you were able to capture in the footage?

One thing that was an awesome surprise was just how charming Samson’s dad was! I knew that he wanted to be involved in the project for his son, and I was thrilled about that, but I was not able to meet him before the shoot day. It turns out he was an absolute delight. He was so kind, easy going and proud of his son. Samson really struggled with shaving, and was nervous about putting a razor to his face so the encouragement from his dad was so meaningful and I think the audience can feel that too. I really love that scene. 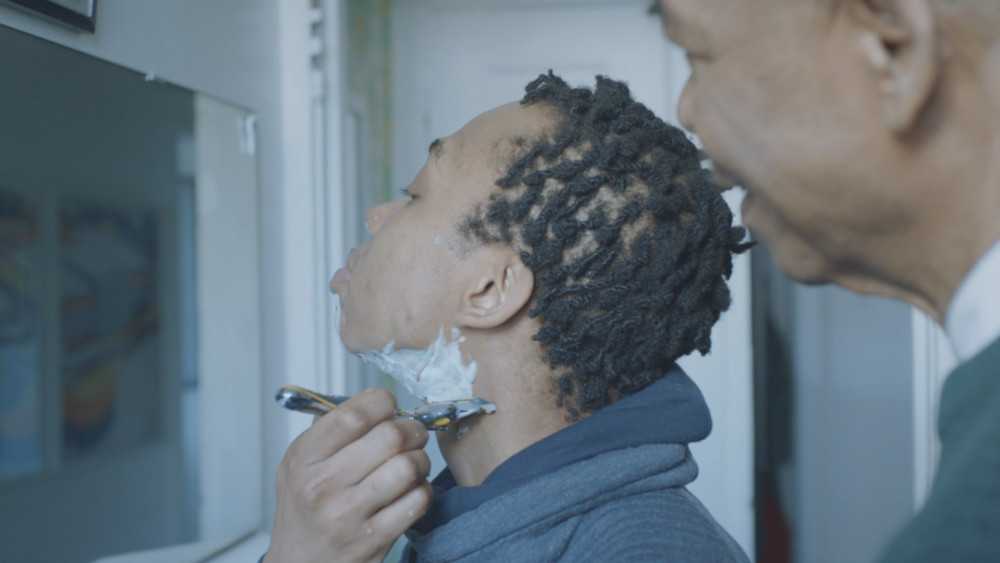 Thankfully, many contemporary depictions of masculinity (and femininity, and gender binaries in general) have been challenging one­ note stereotypes. Are you excited to be showcasing facets of masculinity that have rarely been explored onscreen, especially in advertising?

Totally. I have done a lot of female empowerment work, and I truly love that area, but this was my first time delving into a story about masculinity. I was so enthralled by Samson’s story and finding out what masculinity meant to him. Traditional stereotypes bore me, so anything that reflects authenticity and diversity is really exciting to me. I’m all about celebrating our differences and uncovering the things that connect us all on a human level no matter how different we may seem on the surface.

You recently directed a PSA for the non­profit Proof Alliance on fetal alcohol spectrum disorders, which we featured in our recent Here’s The Work April newsletter. What have some recent career highlights been?

Last year, I filmed an anthem spot and then documentary content for Plan International. We filmed in South Africa and Malawi with a mix of actors and non­actors. South Africa is production heaven; the locations and the crews are next level. The anthem spot was really fun to direct, and the documentary portion in Malawi was incredibly rewarding on personal level. Some of the things we saw were really confronting, but at the same time, the work that Plan is doing there and the beauty of the Malawi people was so inspiring. ­ It’s an experience I’ll never forget

What would your dream commercial project be?

I’m a former art director (Leo Burnett) so I really love playing with art direction. I’d love to shoot a bad­ass, chick­-centric spot for Nike or Adidas. I’d love to take some of my raw human work and blend it with bigger productions and higher levels of production design. That would be my two worlds blending in an awesome way.

What next projects of yours should our audience look forward to?
I’ve got some new work for Facebook coming up, and I’ve got a couple of personal projects in the works: a short narrative and a doc. I try to make one personal project each year.

Finally, what are your thoughts on the Free The Work mission to expand storytelling opportunities for often ­unheard voices in advertising, film, TV, and beyond? What do you think the world stands to gain from investing in authentic on­screen portrayals in media?

I can’t stress how thankful I am for initiatives like Free The Bid. The opportunities that open up or women with Free the Bid are invaluable. I think it’s so important to expand the industry to include diverse voices. It’s not just important, it’s necessary. There are so many great stories to tell, we just need to give people the opportunity to tell them. Right now, I’m obsessed with the show Pen15. I have never seen the female teenage years depicted so cringingly accurate. It’s like reading my own diary – I’m equal parts mortified and entertained. I know that they only way to get that kind of accuracy is to have female writers, directors and creators in this industry