Sometimes, we all just need a change of scenery.

Director Amber Schaefer‘s latest work for Kayak, created with Free The Bid pledged agency The Martin Agency, taps into those moments where our current surroundings are just…not cutting it. A rainy wait in line for a porta-potty becomes a conga line, a grim grocery store transforms into a vineyard, and a questionably dressed subway rider morphs into a majestic eagle.

With an eye for sight gags, Amber’s visual sensibility finds the humor inherent in these moments of wishful thinking, elevating the joke with flashes of aburdist brilliance (shrimp tower, anyone?)

We spoke to Amber about the joys of working with a client who was “down to clown,” facing down her crippling fear of birds, and the need to hire women directors, in order to avoid a bleak future in which every movie is about grown men playing tag. 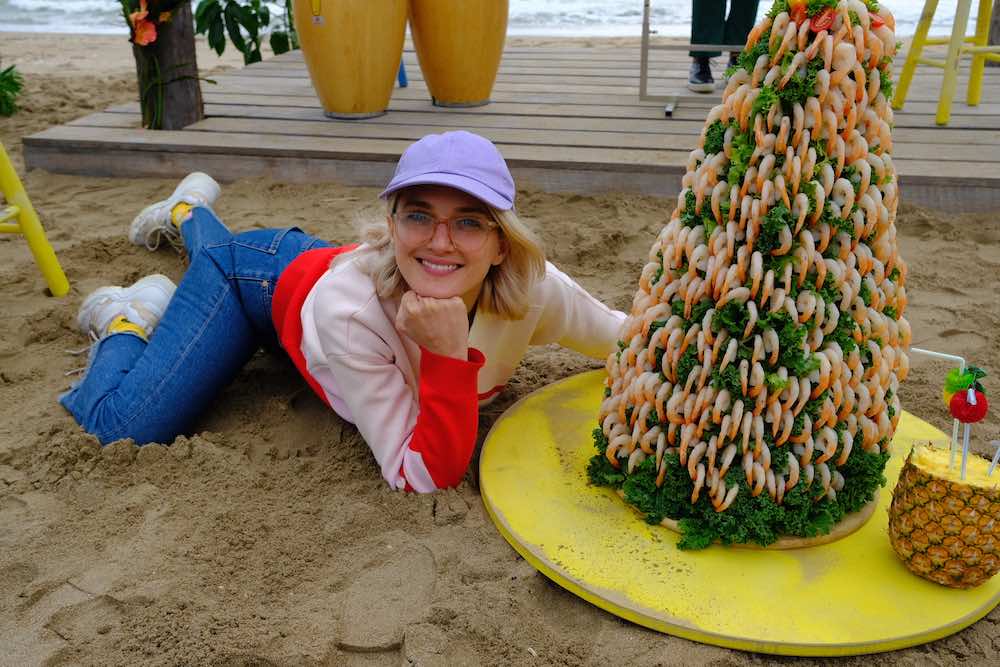 Your hilarious spots for Kayak cleverly showcase travel as a way to see the world through a new lens. What initially appealed to you about working on this campaign, and these briefs in particular?

Thank you! I was immediately drawn to this clever campaign (concepted by The Martin Agency) as it doesn’t just allow for, but requires, a highly stylized visual approach. People forget that comedy can be beautiful; and with these spots, the beauty heightens the joke: the greater the mundanity of the first scene and the greater the majesty of the second scene, the funnier the spot. There is no humor without paradox, and it was a delight to work with a creative team that get that.

What was your experience of working with Free The Bid pledged agency The Martin Agency on this job?

The creatives at The Martin Agency rule. BUT! You could have the best creatives and production team in the world and if the client isn’t down to clown – i.e. make something interesting – you’re screwed. Luckily for us, Kayak was totally on board to make something fun and watchable, and I think that shows. 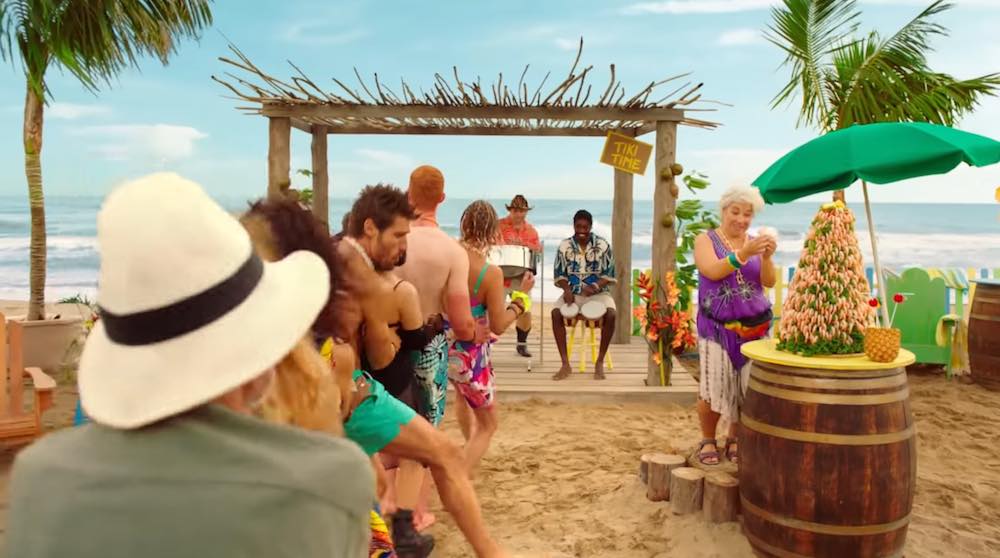 What unique ideas of your own were you excited to bring to the realization of these spots?

In the “conga” spot I pitched that a trash can turns into an elaborate shrimp tower (the dream) to punch up the fun of the second scene. A less cool client and agency would have killed it immediately because “WTF is a shrimp tower?” (a fair question), but to my delight, it made the final edit. It’s details like this that make the difference between something the audience turns off or remembers.

Tell us about the shoot – did this shoot pose any challenges that were unique, or that pushed your directorial skill sets in new, unexpected way?

WORKING WITH A LIVE EAGLE. I am not afraid of snakes, spiders, or heights, but I am very very afraid of birds (and ghosts). We all agreed working with a live bird would be so much more dynamic than a puppet or CGI. It was absolutely worth it to face my fears, but boy oh boy it was terrifying. Luckily the bird was exceptionally well behaved and our animal trainer was a total pro, so everything went smoothly, though it was hard to remain calm and composed 3 feet away from my worst nightmare. But it could have been worse; luckily there wasn’t a BIRD GHOST in the script. 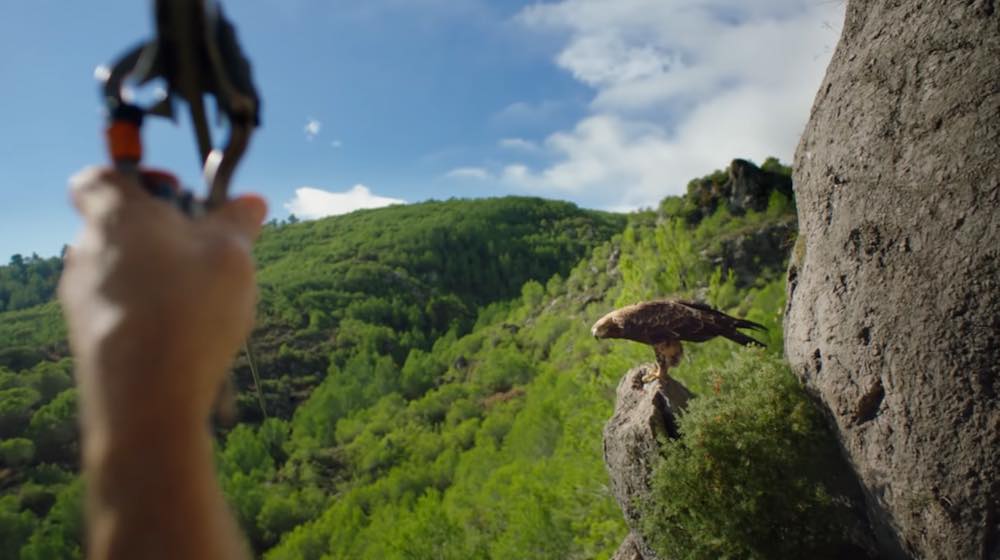 Did you need to factor in any post-production needs to the shoot itself?

I try to shoot things as practically as possible when I can. But there are some things you can’t control, like clouds. So some of the spots benefited from what I like to call “sky enhancement,” in post.

What were some of your favorite moments from the set?

Surviving my proximity to the live eagle.

What aspects of the final spots are you most proud of?

Again, surviving the proximity to the live eagle.

Comedy is, historically, a frustratingly difficult realm for women to break into (both in front of and behind the camera). As a woman director with a knack for humor, do you think that things may be shifting, in terms of attitudes toward hiring women directors for comedy commercials?

I am just glad right now that, as a society, we are finally recognizing the heinous systematic oppression that women in film experience every day, such as being forced to work in close proximity to a live eagle.

From your perspective, what is the world missing out on when women are not given equal opportunities to tell stories across all genres?

Have you seen the film Tag? I couldn’t get through it. If we don’t start hiring more female and non-binary writers and directors, we are doomed to a future of films that are exactly like Tag: unwatchable, underperforming, and about four grown men who spent 23 years playing Tag.

What’s next for you? What kind of storytelling opportunities do you hope to have in 2019?