Although Free The Bid’s initial focus was advocacy for women directors in advertising (as an intervention specifically into the triple-bid system), our mission has expanded outward in every direction since our launch in September 2016. The scores of talented global women directors in our database are busy making their marks across feature film, episodic television, branded content, documentary and beyond.

Portland-based Alicia J. Rose is one such director, whose output spans across multiple disciplines. In addition to creating commercial content (such as her spots for Killer Burger, shown above), she’s also an experienced photographer, music video director, and more. Her Amazon-streaming show, The Benefits of Gusbandry, explores the ins and outs of the relationship between a “Gusband” (gay husband) and “Swife” (straight wife) – a nuanced (and often comedic) on-screen coupling that’s infrequently given its due representation.

Known for her slyly subversive pop portraiture and a natural ability to tap into cultural zeitgeist, Director/Photographer Alicia J. Rose has created inventive music videos for popular national artists like First Aid Kit, Cake, EMA and Bob Mould as well as playing a key role in branding Pacific NW bands like The Decemberists. Her approach to making commercials and branded content utilizes her unique sense of style, humor and marketing to deliver authentic narratives that resonate with viewers and build brand loyalty.

We spoke with Alicia about moving between short and long form filmmaking, filling her sets with women and LGBTQI crewmembers, and blending comedy with heart and point of view. 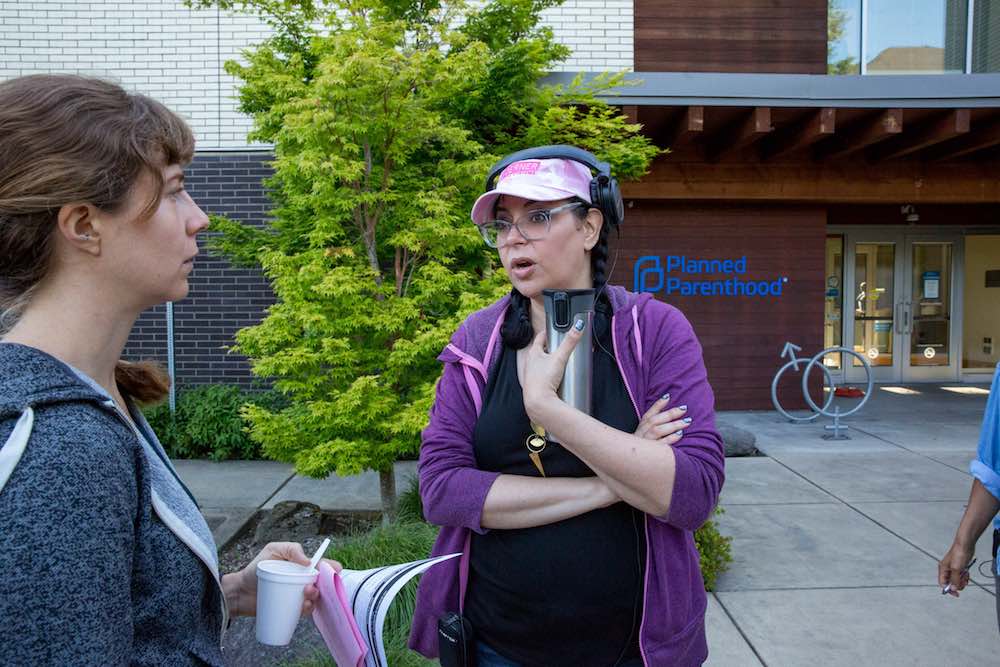 You got your start in the music industry – how did you initially parlay the experience gained from the music biz into filmmaking? What led you to make the jump into directorial work?

All along my music industry career path in distribution, booking nightclubs, DJ’ing on the radio – photography was my favorite creative outlet. I found myself in the middle of so much rock and roll mayhem, it was natural for me to be taking pictures of the people/bands I met along the way. And because I was often in the position of needing marketing materials, I saw an opportunity for a more creative take on promotional band photography.

My story based portraits for The Decemberists in the early 2000’s kinda took off, and eventually the bands I was photographing talked me into making music videos for them. I actually first learned to direct through a high school production program, and then studied TV and Radio at San Francisco State.  Though I diverted from directing into the music biz, the skillset absolutely stayed with me, informing my photography AND my ability to communicate in a leadership role.

Over the course of your career, you’ve worked in episodic TV, commercials, photography and music video. What skills have you developed from each discipline, and how do they inform one another?

Directing absolutely informed my photography from the start.  It made me bolder with my subjects and unafraid to tell stories and imbue subtext in my images.  Photography continually influences my motion work through composition, lighting and most importantly – connection with my subject.  My work in episodic and commercial is shaped by my experience writing/directing/cutting music videos. In order to tell a complex narrative in under 4 minutes, you have to be efficient and strategic.  So when I started to dive into short form episodic, I wanted to hit hard and not waste anybody’s time. I feel the same way with my commercial work, which I approach like distilled versions of music videos or episodic.  Tell a story, shoot it beautifully, edit efficiently and deliver a punch that sticks with the viewer.

We’re very interested in hearing about the experience of directors moving into commercial work from a background of longer-form work. Do you feel that your comedic storytelling abilities in episodic TV lead to successful bidding on comedic spots in advertising, or are the two formats difficult to translate between?

My sense of comedy has translated  pretty smoothly between mediums and has definitely given me an edge on both the creative development and execution of projects.  There is so much nuance to making things funny – with too heavy a hand things can quickly go off the rails and not be funny AT ALL.  My approach has always been to interplay personality with grounded humor. It’s been super fun to collaborate with brands like Killer Burger, who let me go for it both stylistically and comedically. 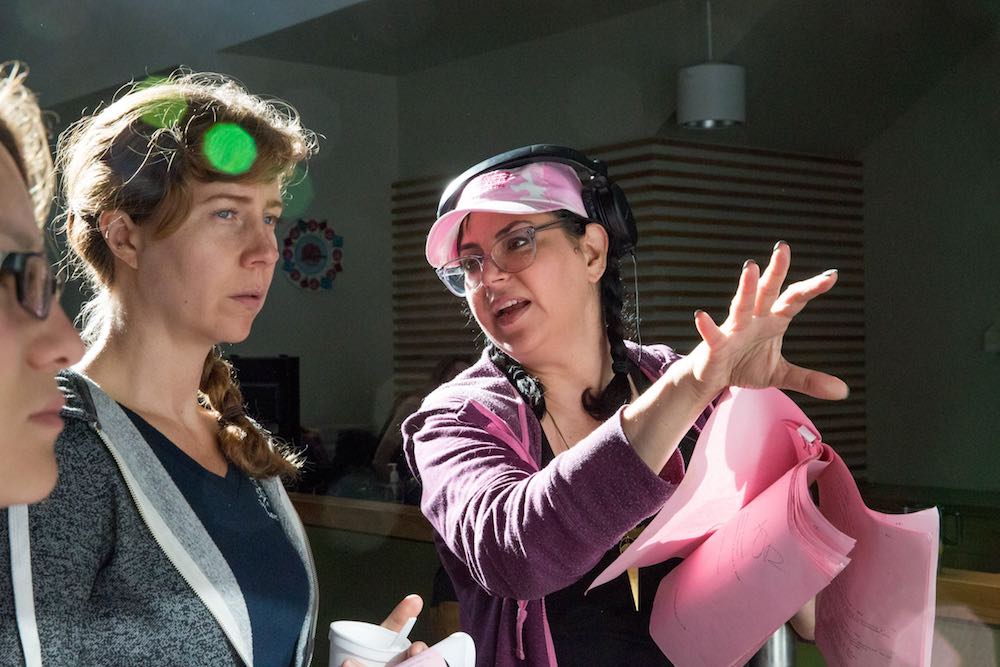 Tell us about your Amazon series, The Benefits of Gusbandry, which you both wrote and directed. How did you you begin work on the show? What gave you the initial idea, and how did it evolve as you moved from writing to filming?

A couple of years ago, I felt like I had defined myself as a director but not as an auteur.  I wanted to tell deeper stories than could be contained in my short form work and find a creative way to develop my narrative voice. So, in early 2015, after a soul searching “Goneymoon” to Thailand with my best friend/Gusband Lake Perriguey, a weekend workshop with inspirational filmmaker Diane Bell, and a major pep talk from musician and friend Bob Mould (whom I’ve made 4 music videos for), I decided to  pay tribute to the relationship that has buoyed me even in the darkest of times.  The Benefits of Gusbandry was born and shortly after I approached my team of core collaborators – producer Lara Cuddy, co-writer Courtenay Hameister and lead actor Brooke Totman.  With their help, it sped into production by that summer, with the pilot debuting in September 2015.  My relationship with Lake is the central inspiration for the show and has provided endless material to mine.  But the more that my co-writer Courtenay Hameister and I got into it, the more I realized the show would find its heart in the vulnerabilities and ridiculousness of my own life as a 40 something, while allowing us to lightly infuse some social justice in the comedy of it.

The show’s portrayal of the relationship between a gay man and a straight woman is not a dynamic often featured on-screen (the most notable TV example being Will & Grace). How does “Gusbandry” challenge stereotypes and one dimensionality in its representation of LGBTQ+ characters?

My Gusband Lake was the lead attorney to sue Oregon and gain marriage equality in 2014 – a year before it went nationwide – and I followed the whole thing at his side with my camera. When I started Gusbandry in 2015, it seemed like the perfect time to shine a light on the love and normalcy of the relationship between a gay man and a woman.  It’s not a punchline like in Will & Grace, it’s every single day. Real life, real love, real support that goes both ways. My Gusbands are my family, my people, my collaborators, my humans.  You would think that there would be a million shows with this rich dynamic at its core, but there so few (especially now that Difficult People was cancelled!). We also try to highlight the full spectrum of sexuality on the show but not make a big deal out of it, often casting folks from the LGBTQI and feminist comedy communities like Caitlin Weierhauser and Bri Pruett.

What are some of your favorite commercial projects that you’ve gotten to work on?

Definitely Killer Burger – we started a campaign last year called “We Commit” and have shot two very funny and stylish spots that we plan to make more of in 2018.  I also loved working with Aviation Gin on their cocktail and process videos.  I am now obsessed with how whiskey is made.  I also really loved working with Portland non-profit Piano.Push.Play – they install over two dozen pianos all over Portland every July. I was delighted to capture the experience of people connecting with pianos in the wild on film.  I also had the wonderful opportunity to work with Oregon Ballet Theater for a few years making a 16 part portrait series called “Who’s Your Dancer” which is still a personal fave. 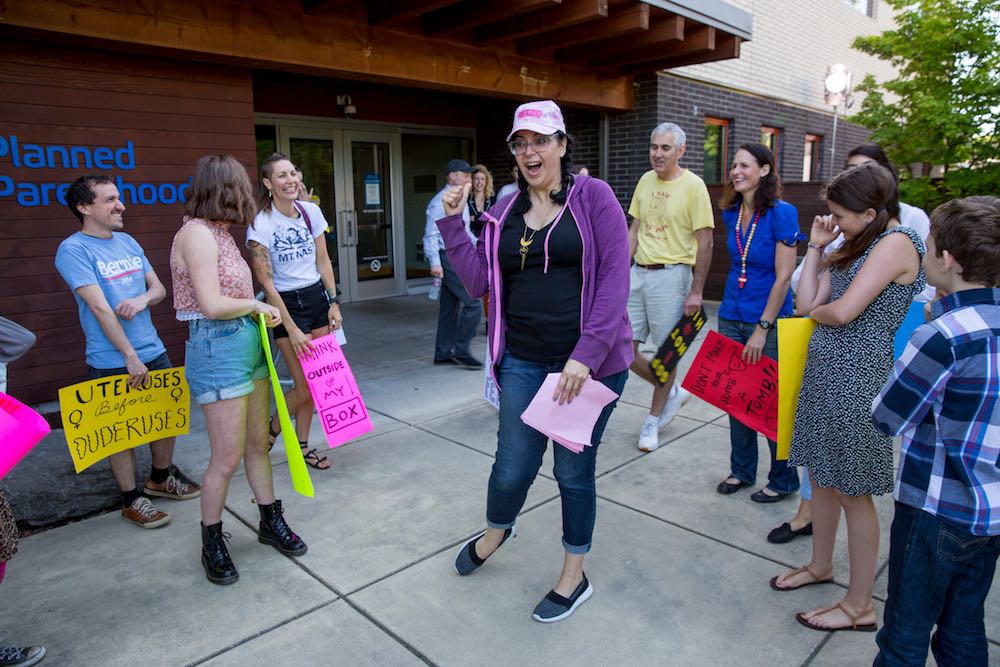 Do you find that your work has any hallmarks? Are there any ideas or visual elements you find yourself consistently drawn to in your work?

I think my style of clean, colorful, iconic composition translates to my work in both still and motion. I also infuse the idea of inner beauty in just about everything which I think gives my work consistent heart.  And definitely my weird sense of humor!

What are some dream projects for you, either commercial or otherwise?

I would love to write and direct a series of commercials for La Croix – I drink so many metric tons  of it and I dig their art direction. It’s taking over Portland, you don’t even know. I would also love to work with other national and regional brands that have a sense of humor about themselves. I think there’s a way to blend comedy with heart and point of view. These days, you need all 3 to make spots that stick with people.

On the creative side, I would love to further develop Gusbandry – it’s aching to grow out of its web series short pants and be a real show.  I have also been developing a couple really fun female led feature film comedies that I can’t wait to direct, and a new episodic project called “My So Called Rock and Roll Lifestyle” based on my 20 years as a very unlikely it-girl bosslady in the ridiculous and wildly male dominated music industry. 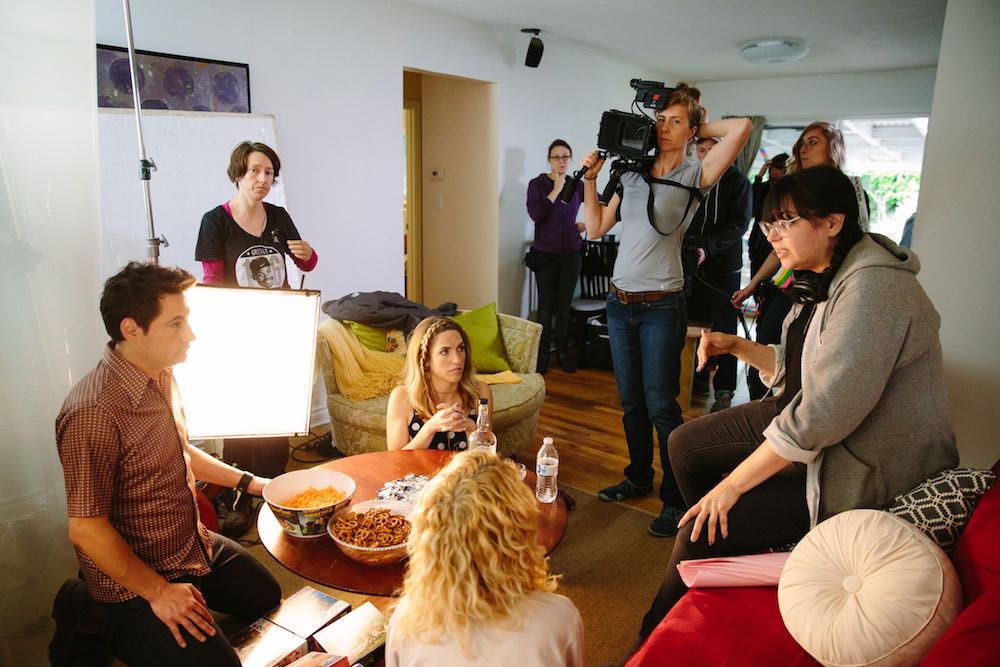 It’s absolutely crucial to have women in key positions on set. We had an over 80% female/non-binary crew during the last round of Gusbandry.  The only non-Portlander we hired was a fabulous DP from LA named Ellie Ann Fenton. Dealing with things like sex scenes in very small rooms can be complicated, but Ellie’s empathy and kindness to my team at the 11th hour was above and beyond her fantastic camera work.  She’s so badass and so caring.  I think women bring something so grounded to set.  On a majority female set, ego isn’t the driving factor. The work is.

What advice would you give to anyone looking to follow in your footsteps, careerwise?

Don’t wait for opportunities to come to you.  Make work to show your point of view. Open your mouth.  Join the conversation. And don’t be afraid to be vulnerable  when writing. That’s usually where the good stuff is.