For visual artist Leena Al Ghouti, the city of Dubai – her home – is alive with vibrant creative connection.

Aldona allows us to see Dubai as Leena herself experiences it; a space of possibility and community that retains a reverence to the past. In celebration of the youth culture that’s making its mark on Dubai’s future, Aldona’s film showcases the importance of finding a like-minded “chosen family” of friends – “every day we become closer,” Leena explains in voiceover, “as we give each other permission to voice our opinions”.

We spoke to Aldona about capturing beauty in the mundane, her ongoing creative exchange with Leena, and the need for the creators of commercials to be as diverse as their audiences. 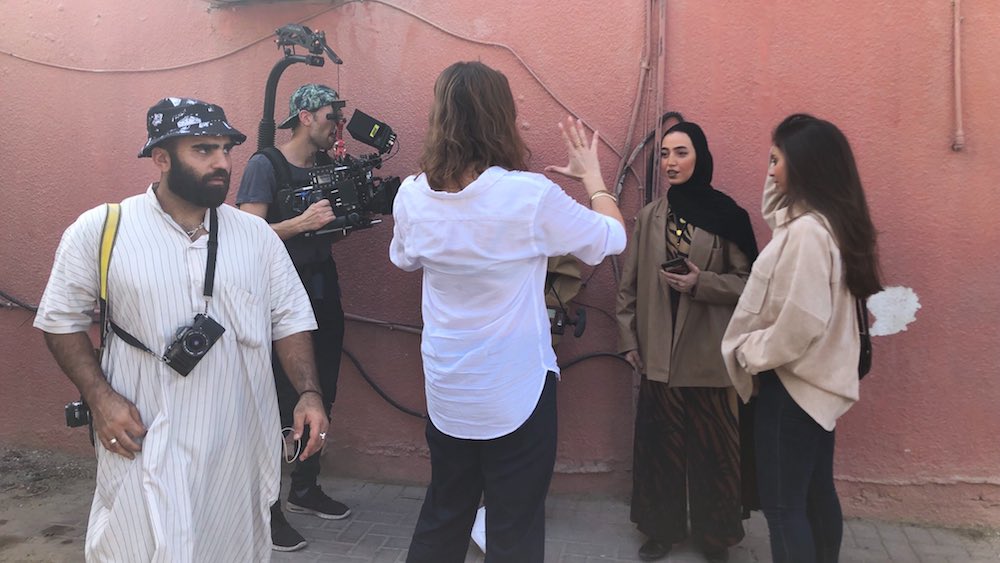 What originally interested you about the opportunity to create a film about artist Leena Al Ghouti, as a part of Mercedes’ “She’s Mercedes” initiative?

I stumbled upon Leena on Instagram and immediately loved her aesthetics: the way she pairs layers of street style fashion with avant-garde designer items and her signature black hijab, for instance. I was also inspired by her retro, almost nostalgic look she creates in her imagery. It felt different from what we mainly picture when we think of Dubai. I had never been to Dubai before, except for layovers at the airport. It was always this rather unreal place to me. Leena really got me interested in learning about youth culture and the creative community in Dubai. At the same time, I was working on ideas for the “She’s Mercedes,” initiative: stories about friendship and female unity. Leena seemed like a great fit for the main character of the story, so I reached out to her.

What elements of life in Dubai were you most excited to capture?

The mundane. I was excited to capture the vibe of the city in the way that young creatives in Dubai feel about it, the places they go to, what they see as beautiful. We luckily had the same sense of aesthetics, the same idea of what we wanted to tell. 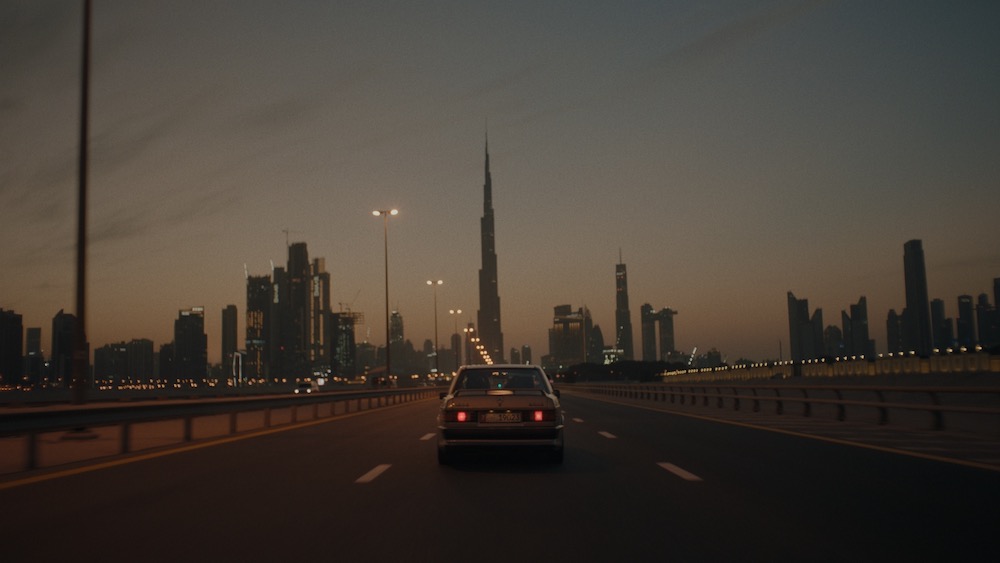 How did Leena bring you into her world, in order to authentically depict this slice of her life?

We spent time together. It was a very collaborative process. While I was working on the script, I flew out to Dubai to get to know Leena personally and get a sense for the city. We hung out and started an ongoing creative exchange that hasn’t stopped until now. As a director, I was very thankful for how involved Leena was. She really made this film a very personal project as well.

During that trip I also met with the Dubai-based photographer Cheb Moha. He has photographed Leena before, and is kind of a creative institution in Dubai, in a very positive way. It was really inspiring to get his perspective on the city and the creative community as well. We decided that he would creative direct the film. I really wanted to have that local voice in the film, and we both agreed that it would be interesting to work on it together, coming from different backgrounds. 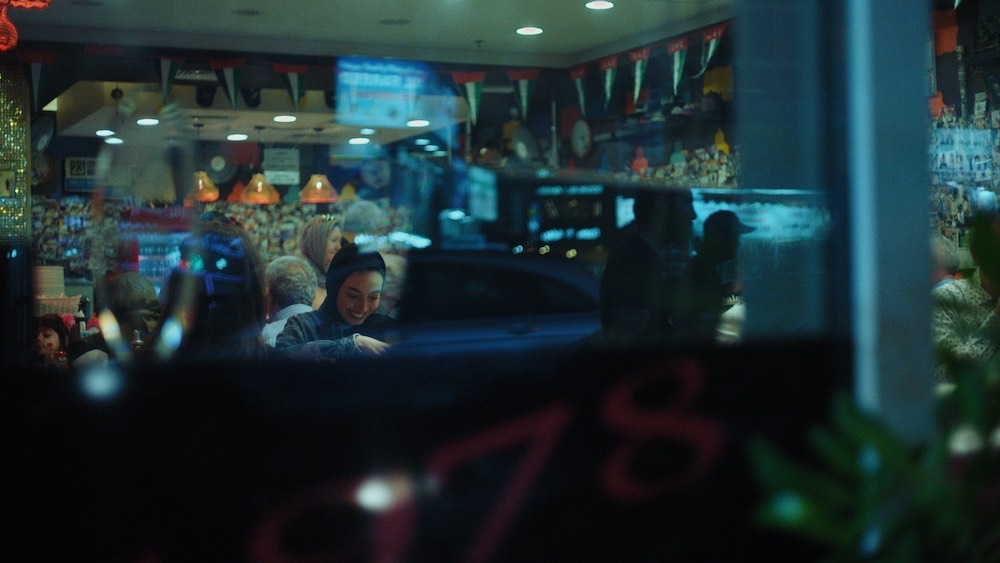 What were some of your influences for the film’s aesthetic?

Definitely Leena’s visual world and Cheb Moha’s photography. We also drew inspiration from an old photograph of Leena’s mum; it must have been taken in the 80’s. Leena’s dad put this very picturesque photo wallpaper up in their apartment – I think it was in their living room. Her mom posed in front of it, blending perfectly in. Leena and I both loved that picture so much that we decided to recreate it for one scene – obviously, this time, Leena’s take on it. It felt a bit like paying tribute to the female lineage in her family.

Of course, I was also inspired by the colors of the city itself and the whole presence of the desert and sand that surrounds the city. It definitely influenced the look of the film. 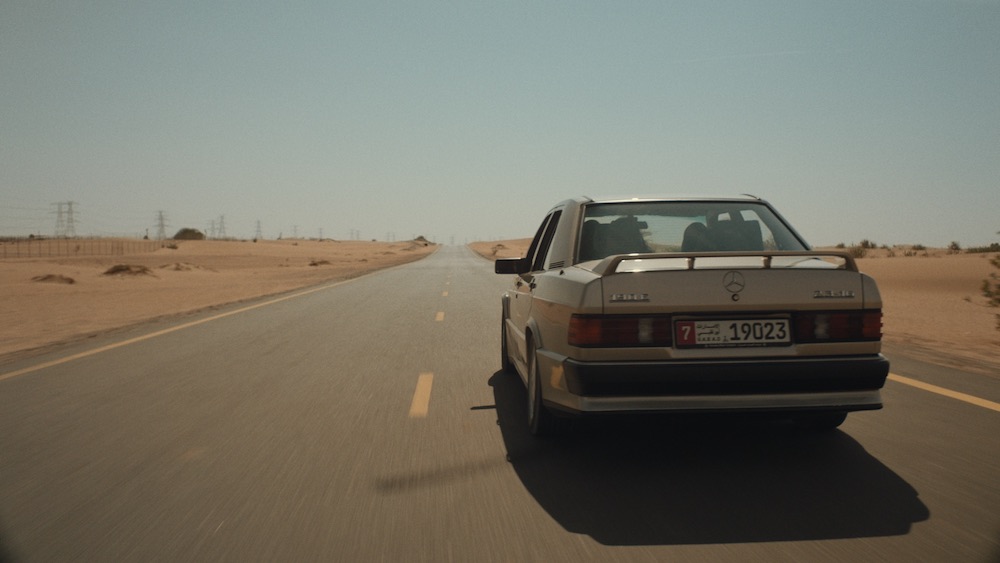 Did this shoot push your craft as a filmmaker in any direction, on a technical level? Did you have the opportunity to test out any equipment or directorial skill sets that were particularly exciting?

Personally, I was excited to have so many of Dubai’s creative community as talents in our film. I only knew Leena beforehand, and everyone else I met maybe one day before the shoot or just right before it. I guess as a director, it’s always this excitement to create that connection in such a brief moment of time. Here, it felt even more special to me, as it was more people than I had worked with on my films and in a city I came to as a rather curious outsider. I’m so grateful for this experience and the honesty and vulnerability we all could share with each other.

What kinds of stories do you hope to have the chance to tell in future projects?

I feel the topic of belonging and finding a sense of community is something I’m really interested in at the moment. I guess topics and stories will keep shifting as I evolve as a person. I hope I’ll continue to be able to work on projects that feel genuine and personal as they also become bigger and more global. 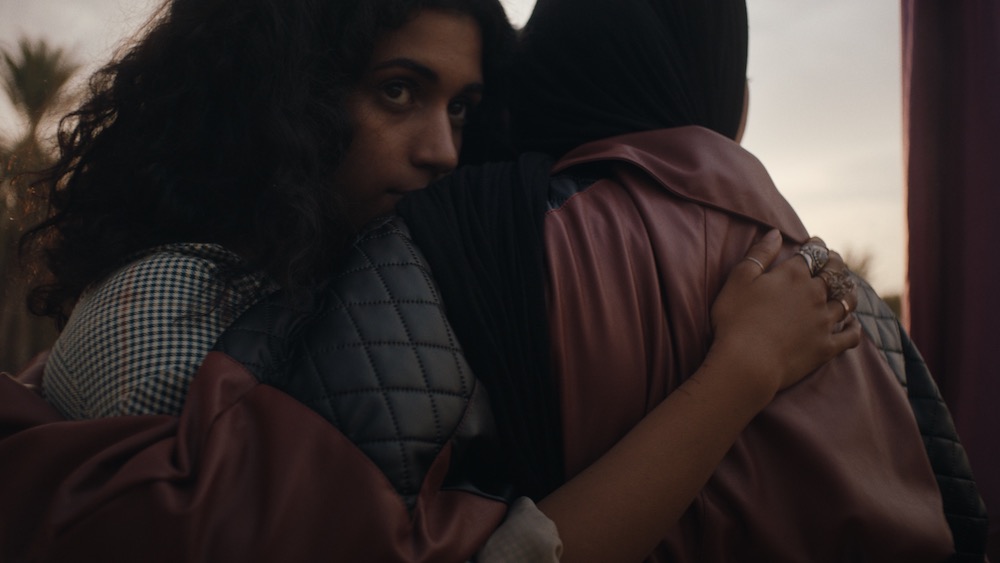 You’ve just recently joined the Free The Bid family – are you excited to be a part of our global network of women filmmakers? What are your thoughts on the Free The Bid mission to expand opportunities in commercial film production for women of all backgrounds?

I feel networks and the ideal of togetherness is crucial; to not only create awareness for your cause, but actively take part in a change. You can’t do that by yourself, and you also don’t have to. I think we can all agree that the creators of commercials should be as diverse as the audiences. We want different perspectives to get a chance to be seen. So to me, it’s a logical conclusion that out of three bids one should be from a woman filmmaker, until there is a natural balance.

Finally, in closing, what words of advice would you share with up and coming directors?

Be selective. Of course we all need to make a living but I feel it’s also important to stay true to your approach and aesthetics. Be aware of your creative voice and keep evolving it. Don’t waste your time on comparing yourself with other people. 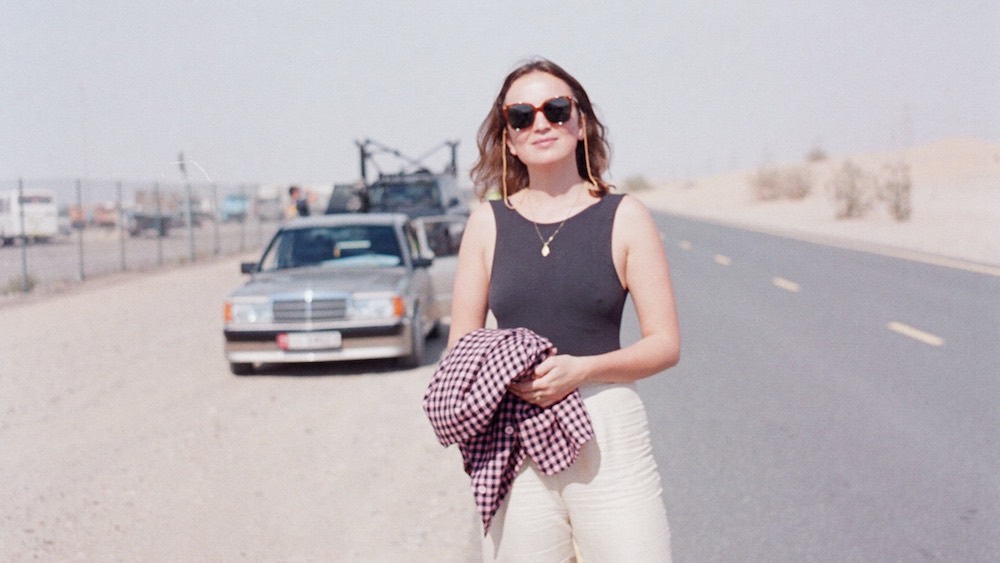 Cast (in order of appearance):