Relationships and their attending woes have the potential to unleash some pretty bonkers behavior from even the most well-adjusted among us.

Director Abbie Stephens, signed to Blink, delightfully skewers some of the wackier aspects of love and coupledom in her Channel 4-commissioned short film, “Observations On Relationships”. Filtered through a surreal visual sensibility, couples work through relatable problems, like merging into carbon copies of one another, the awkwardness that ensues when one partner wants out and the other refuses to listen, and the grisly outcome of a lover’s well-intentioned romantic gesture. The hilarious results feel like anthropological studies from an alternate but remarkably familiar universe.

We spoke to Abbie about her aesthetic reference points, the difficulties of shooting a confetti cannon from a moving car, her busy year in 2018 and her hopes for an equally exciting 2019 (both personally and for all women filmmakers)!

Your short film, Observations on Relationships, is a quirky, off-kilter look at some of the more insufferable aspects of romance. What initially drew you to tackle this subject matter?

I find relationships fascinating. All relationships, not only romantic ones. The dynamics within them is something that has always interested me. I find it fascinating how different behaviors in someone can bring out the best or worst in someone else close to them. It was something that I had been thinking about a lot, so it was a natural subject matter when I came to writing a new short.

It might look like I am completely cynical about relationships after watching my film, but after exploring more functional relationship types in my writing, I realized they didn’t sit right in this series, and the darkness worked with the visual aesthetic of the film much more. The more turbulent relationships inspired more surreal, comedic and engaging visuals that I love to play with in my work.

What did the pre-production planning for this shoot look like? How did you acquire funding for the project?

I had been writing the idea for a few months when I heard that Channel 4 were commissioning again, as part of their Random Acts program. I jumped on the opportunity to have an outlet for the film. I met with Catherine Bray, commissioning editor at Random Acts, with my written treatment and talked her through the film, which she commissioned on the spot.

Your work has a very recognizable aesthetic – can you tell us about your aesthetic reference points for this particular film?

Erwin Olaf‘s ‘Grief’ photo series was a huge inspiration for the film. I love the sparse sets and the graphic, yet soft framing. His characters feel like extensions of the location, which is how I wanted my scenes to all tie together: separate in their story, but tied together in one aesthetic.

In terms of the characters and dialogue, I love the writing in Coffee and Cigarettes by Jim Jarmusch. I watched this a lot when writing the dialogue for the film in collaboration with with comedy writer, Ryan O’Conner.

I’m also a huge Coen Brothers and Wes Anderson fan. I’m sure some of the aesthetic choices are influenced by their films. The scene in No country for Old Men, when Carla returns home to find Anton in her room waiting for her, played through my head when imagining some of the scenarios in Killed With Kindness.

Did any of the visual aspects of the shoot prove to be particularly challenging or interesting to bring to life on set?

The budget was limited on this shoot, so achieving the look I wanted along with all the visual, in-camera effects and tricks was challenging.

The Art Director, Zoe Klinck, and I conducted a lot of tests to make sure we had the desired effect on set without killing anyone. Releasing the confetti cannons from the back of a vintage 2-seater Jag while it was driving (with a camera strapped to the bonnet) was interesting, as was vacuum-packing our cast while they stayed in character and delivered their lines, which they did without complaining take after take. Such pros!

This film relies on a hilarious, dry wit. Is comedy a genre that you particularly enjoy directing? How does your personal sense of humor inform the work that you create?

I love dark comedy. This is the first film that I have directed with the intention for it to be a dark comedy. Although I think that I have always played with comedic ideas in my work, albeit an odd surreal humor.

Tell us about the cast and the ways that you worked with them in order to capture the perfect performances for this film.

Comedy casting is the best! I work with the wonderful casting director Hannah Simonds. Sitting in a room full of funny people and laughing is a great way to start the day, but comedy is also quite brutal. I think it’s really easy to spot the people who just don’t quite get what you are trying to do and the ones that totally get it –  grab it by the horns and take it to new and inspiring heights. That is what I loved about this casting process: the characters instantly evolved when played by the right person. They stood out for taking the script and owning it. Words rolled off of their tongues and became part of them.

Once we had our final cast, we had a recall day to workshop the script and try out swapping the characters and roles about a bit, which was really helpful in letting the actors bring some ideas and test a few things out before the shoot.

What elements of the final short are you most proud of?

I love the look of ‘Two Become One’. The sun came out to play on the second day of the shoot, and I’m in love with the framing of the sofa scene. I love the casting and the response; even the little moments of comedy went down well in the cinema screenings. I’m excited to take what I learned from this one and start writing the next.

This short film had its debut on TV – can you tell us more about its premiere, and the reception it received?

I don’t have a TV, so I streamed it online alone. I didn’t have a live response. But it was amazing to have it presented, and I loved the intro that Mae Martin gave before the film aired. It’s a really exciting thought for me to have things played into peoples homes. It still has a glamour and exclusivity that the internet doesn’t have.

I was, however, able to see the public’s response to it in a few screenings in cinemas, and for me that was the most rewarding part. Having your colleagues, friends and family say they like the film is one thing, but hearing a room full of strangers genuinely laugh was amazing, as was hearing the opinions of people that didn’t care about hurting my feelings! 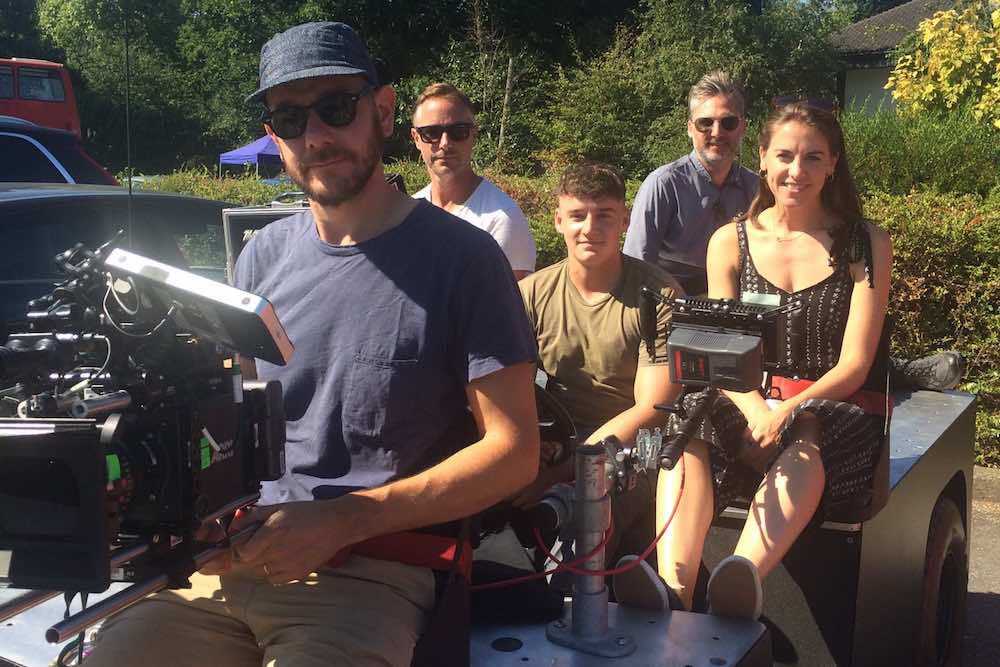 You’ve directed some memorable commercial work throughout 2018, including spots for Boots and Nescafé. What were some of your highlights from last year, as a director? What’s on the agenda for next year?

2018 has been a bit of a breakthrough year for me. I’m putting out work that I’m really happy with and having a lot of fun making it.

Working on the Boots commercial was a big highlight. We were casting real people based on personality and character, and capturing them doing what they loved, the way they felt most themselves and truly happy. The idea was, “it’s not just how it makes you look…it’s how it makes you feel.” The creative was so refreshing on this project, and so brave for a cosmetics company to take a risk on not seeing any faces until the final shot of the film. It was a really inclusive film and a real feel good experience meeting and working with such a wonderful team – from the client, agency cast and crew. Shooting on location in the glorious London summer was also a dream. 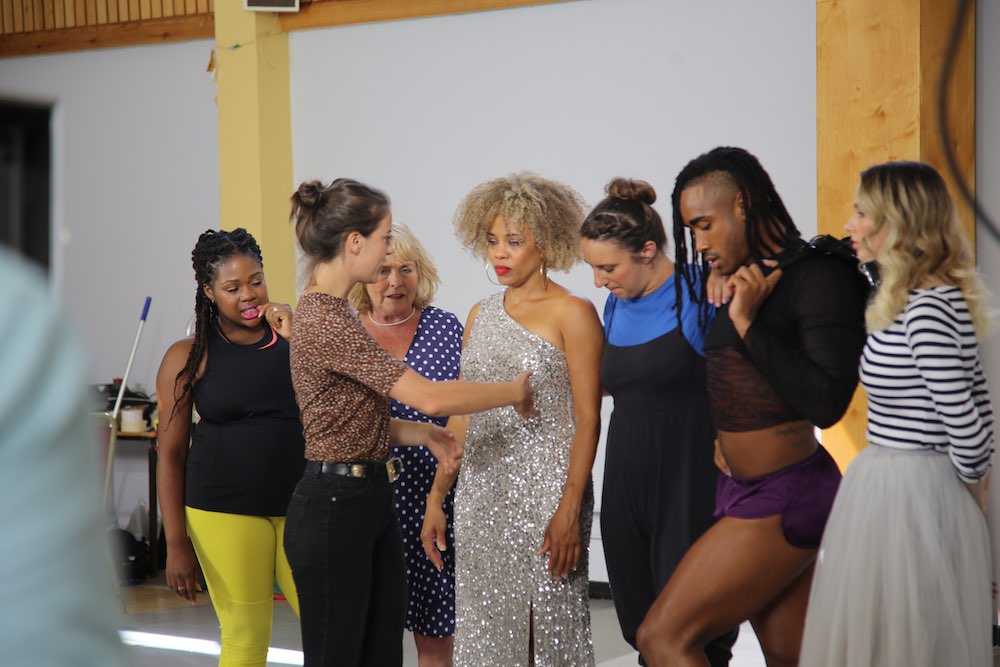 The Nescafé job was another highlight. It was my first time shooting in Kiev, and I loved it. I had a real dream team on the job. Spending twelve days away with a dream crew really focuses everyone on the job, so you get so much more done in a shorter time. The building crew in Kiev were brilliant and we had the luxury of having more build and prep time. I really loved seeing our designs come to life, and being able to have a lot more control over the details as they were coming together. 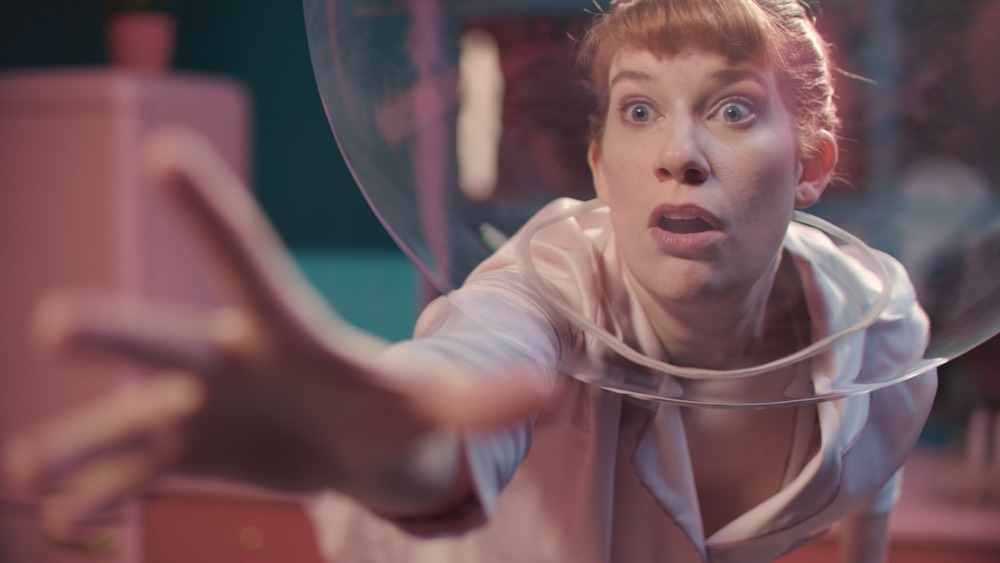 Observations was screened at Encounters Film Festival. After that, I was approached by a producer to talk about working together on feature film projects in future, which has now become a very exciting prospect for me. I’m really excited to see where this new road may lead, and to see how Observations goes down in other festivals around the world.

Going into a new year, what are some changes that you’re hoping to see for women behind the camera?

More opportunities for women to make their mark on what is currently a very unjust industry, and for people to be aware of their own prejudices. I love what Free The Bid is doing, and it’s great to see how it is affecting the industry.

I am often asked if I think I’m having a harder time as a female director than a male director, and it’s hard to say because I have only my own experience of being a director. It feels like it has been a tough industry to break into and to get to where I am, but I think to some extent, it is for everyone. Would I have had more opportunities if I was male?…probably. I did think about having a pseudonym for a while, when I was starting out.

Once I was introduced to a friend of a friend as the girl who made the “Loose Fit” video, and the friend replied, “oh, I assumed that had been made by a guy.” When I asked her why, she couldn’t give me a reason for it. There was absolutely no reason for her to assume that, other than the fact that most directors are men, and that saddened me a bit. There are so many wonderful female directors out there and I think the industry is finally wising up to the fact.

It’s difficult, because even very forward thinking modern people are still a little sexist without really realizing it or admitting it to themselves, because it has been built into us as a society. I know in the past I recognized it in myself when choosing crew – it was only through working with amazing women that I realized I had been a bit prejudiced before. But I think people are seeing their own prejudices and correcting them.

The opposite is also a trend that I think is happening a bit, where people are hiring all women crews to make a point. There is something that doesn’t sit right with me here either. People should be being hired because of their work ethic and their talent, not their gender. Women should be directing just as much as men, because there’s no reason why a man can do a better job at directing than a woman.

At Blink, being a female isn’t a factor – you are treated and supported the same way. This is really important to me.

I feel as though something changed in 2018 for me, and I started winning more of the jobs I was desperate to make. Was this because the industry was giving women a fairer chance? Or because my pitches got better? Maybe it was both things? I don’t know, but I hope 2019 is just as creative and fun filled. 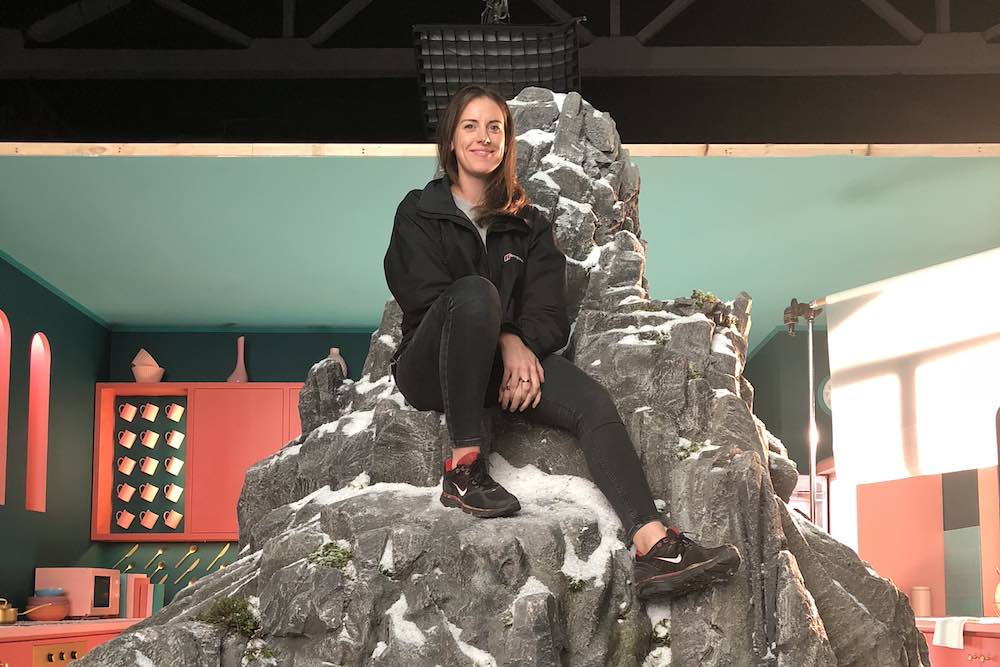 A Blink Production for channel 4