In order to raise awareness of the fact that black women are 40% more likely to die from breast cancer than white women, breast cancer organization Susan G. Komen teamed up with The Ad Council (who have pledged to Free The Bid), ad agency Translation, and Little Minx director A.V. Rockwell on “Know Your Girls,” a campaign urging black women to know their bodies as intimately as they know their friends and family.

A.V. tells the story of one woman’s inner circle of support through a series of tableaux-style shots from key moments: graduation, breakups, and weddings show the importance of strong community bonds. But beyond family and friends, the woman’s “girls” have also been with her through both hard times and joy. The spot highlights the urgent need for black women to take the time to know their bodies to be able to spot the warning signs of cancer, and A.V.’s masterful direction is key to the campaign’s effective storytelling.

A.V. Rockwell is an award-winning screenwriter and director from Queens, New York. Acknowledged as a “rising indie filmmaker” by Entertainment Weekly, her work which includes the short film collection Open City Mixtape, has been celebrated for its brutal yet poetically humanized depictions of urban life. The distinctive voice that dominates her work slyly addresses issues of race, family, identity, and systematic oppression. Rockwell was handpicked by Alicia Keys to direct The Gospel, a music-driven short film preluding Keys’ sixth studio album, Here. It would go on to premiere at Tribeca Film Festival and be named a pop critic pick on The New York Times’ column, The Playlist. She was most recently named the winner of Tribeca Film Institute and CHANEL’s Through Her Lens grant and is a John S. Guggenheim Foundation 2017 Fellow.

We spoke with A.V. about the personal significance of this campaign’s subject matter, pushing for representation of darker-skinned women onscreen, and the recent progress that’s been made for women in the film and advertising industries. 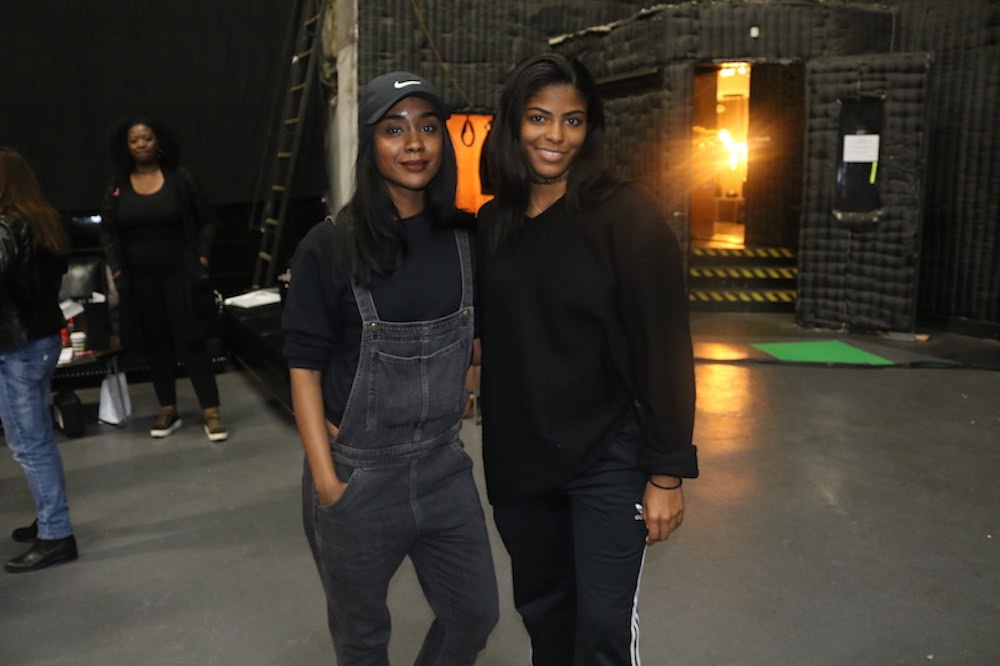 What initially excited you about the brief for this project? What elements of the campaign were most interesting to you as a director?

Coming to terms with the fact that no woman is beyond the possibilities of being diagnosed with breast cancer, no matter how young you are or presumably healthy. There’s a breast cancer survivor in my family, among other family and loved ones who’ve lost their battles with the disease, so it was already a topic that is close to me. It’s just made me a lot more thoughtful about prevention and encouraged to live a healthier lifestyle.

I’ve also been really eager to do work that celebrates black women in particular and all the strides that we are making in American life and culture. I don’t know where statistics stand now, but I know that as of 2016 we were the most educated demographic in the US, and community empowerment has always been a pillar for us. As a visual storyteller, I think it’s important for black women to see positive images reflecting our most admirable qualities and the values we bring to American society that are too often overlooked.

This was a unique opportunity to celebrate our strengths and the cherished sisterhood that has consistently been our support system, but then also say, ‘let’s deepen our relationships with our bodies in the same way.’ Not knowing the higher risks we face makes us vulnerable, and there’s only so much we can accomplish if we’re not taking better care of ourselves first.

How did you approach casting for the women featured? What qualities were you looking for?

We wanted this to speak to real women, in a diverse spectrum, so that everyone could see themselves acknowledged in this message. Black women have such a range of beautiful physical traits in general, so I really wanted to represent that – different skin tones from the fairest shades to the darkest, petite and curvy, curly hair, kinky, wavy, and fine. We were embracing all of these qualities, but also saying what makes us most attractive is unified by something much deeper than that – it’s the inner confidence, selflessness and power that radiates from us.

I also pushed for our lead and her family to be the deepest, richest shades of melanin on screen because dark women aren’t well represented enough in advertising. For dark-skinned women of all ages to see themselves in association with an uplifting message of self love and self care is something I felt was important and would resonate. 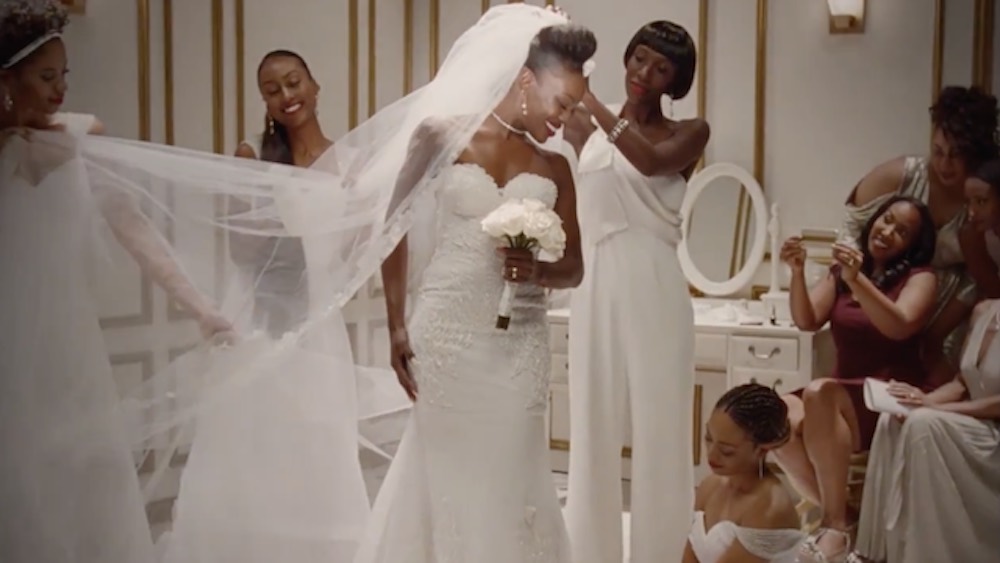 Did you have any specific visual reference points for the shots in this campaign?

I researched a lot of vintage iconography of black beauty and sisterhood, inspired to convey that the qualities we’re highlighting now have always been with us. It was again, just about challenging how we are made to feel about ourselves, as generally observed in media and advertising, and thinking about how this can impact the black women watching on multiple levels.

Tell us about the collaborative process of bringing these spots to life. How did you, the agency and the client work together on the shoot?

I was so excited to collaborate with Translation, The Ad Council and Susan G. Komen and really loved working with their teams. We definitely had our share of production challenges to overcome, but overall I felt like our synergy was great in terms of solving those problems. Some of the creative ideas I pushed for may have garnered hesitation at first, but getting on the same page was a matter of focusing on what would best serve the message we aimed to get across. 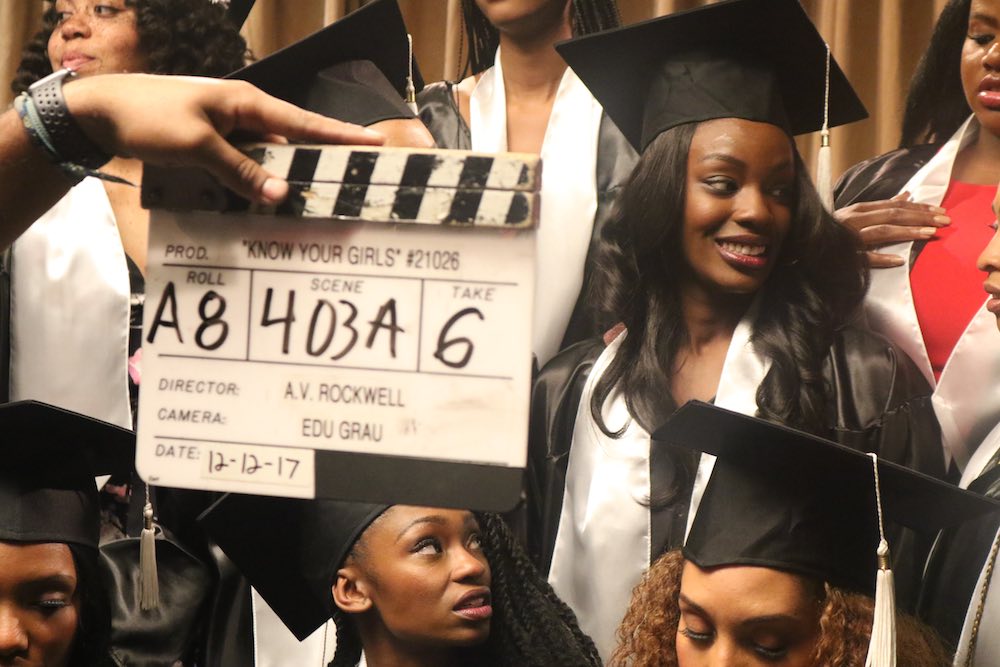 What were some of the highlights of working with The AdCouncil, who have taken the Free The Bid pledge?

I was honored to contribute to a campaign that had a direct and meaningful social impact, especially for an under-represented group that I’m so invested in. This affects me too, so all that I learned about breast health in the process of making this was valuable. I thank The AdCouncil, Susan G. Komen and Translation for the effort they’re making to bring awareness and education to women of all ages.

Have you experienced or perceived any changes in the industry since Free The Bid was founded?

Absolutely, I think so much is happening politically, culturally, and within our industry, and women filmmakers are benefitting from it. Women are unapologetically venting our frustrations, and to now see see real changes happening in response has been a surreal experience. Women directors are working more and finally getting the opportunities to prove what we’re capable of. Audiences are now demanding to see more work made by women and about women too. I didn’t expect that these days would come so soon and Free the Bid has definitely been a part of that. However, we do have to keep our eyes on the broader statics, to assess the real level of impact and consistent progress. 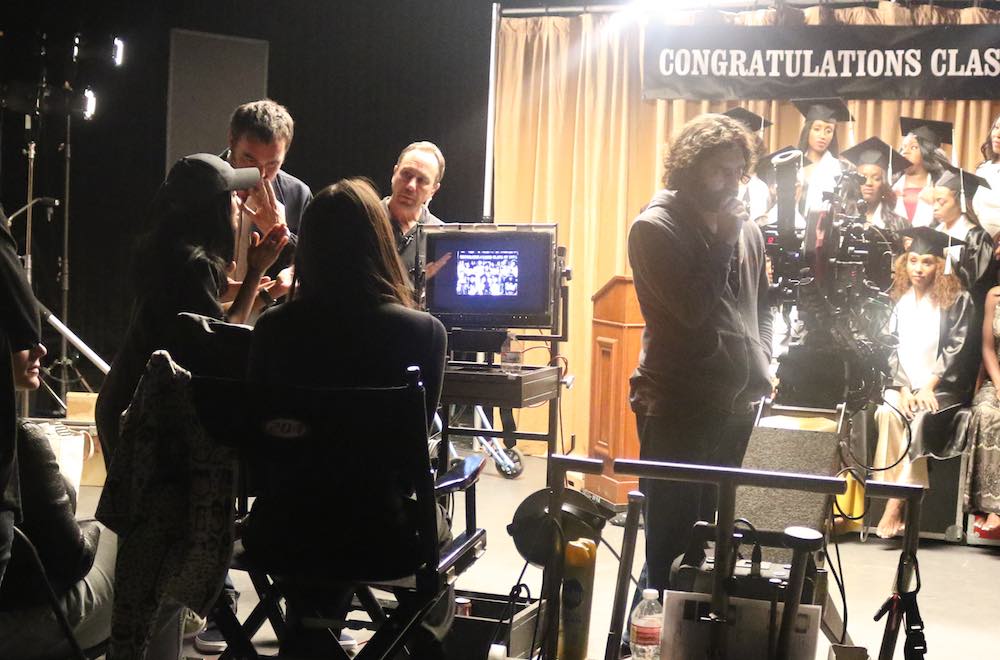