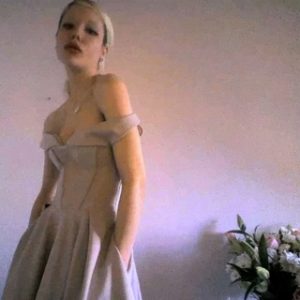 “Impressions of Stolen Space,” Rei Nadal‘s pastel-tinged short film for Nicholas Kirkwood SS18, is full of contrasts. There’s the lightness and calm of the setting, compared against the somber and introspective mood of its three inhabitants. Are they all different versions of the same woman?

Rei, as a director, plays up the psychological tension of the shoot, and the results are mesmerizing. Newly signed to Prettybird UK, we can’t wait to see what Rei concocts next.

Rei Nadal is a Spanish film director based in London. Prior to beginning her directorial career in 2012, Rei garnered attention for her unique Tumblr page The Saddest Part Of My Body Is My Mouth, an amalgamation of fashion editorials, photography, art and video, alongside self-portraits and poetic diary entries.

We spoke with Rei about her work for Nicholas Kirkwood, cinematic influences and connection to fashion. 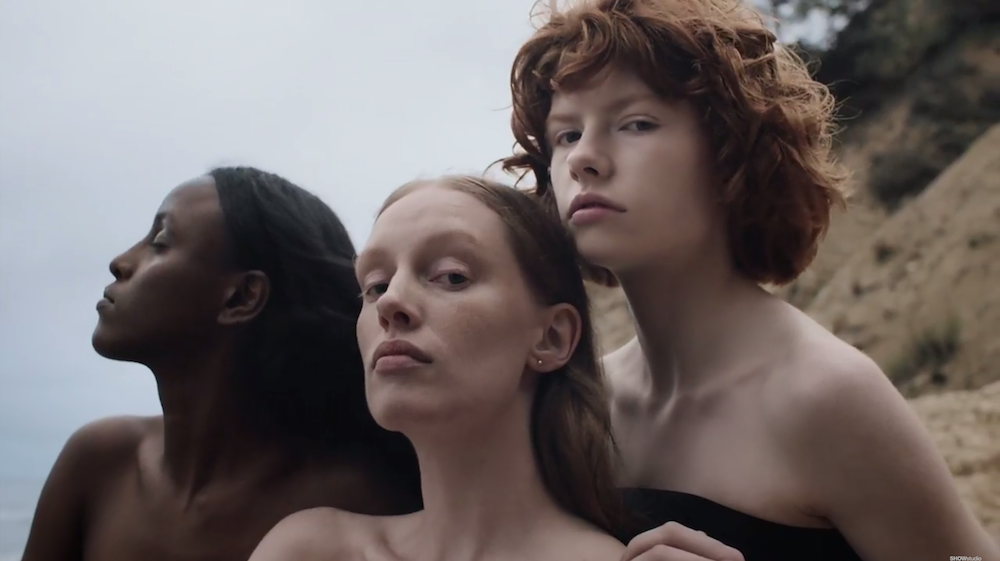 You’ve just directed a film for Nicholas Kirkwood’s SS18 collection, “Impressions of Stolen Space.” Since you’ve worked on videos for them before, what’s your relationship with the brand been like?

Really good, I have very much enjoyed working with Nicholas, Lucy Thomson and Kate Brindley.

Nicholas and I have a very similar sensibility but different tastes – I particularly love this mix, it’s the most interesting part of my job; to create teams that come up with new ideas and find ways of working together. Creatives tend to be/ need to be, quite protective of their vision, so it can be tricky to find common ground at times;  I cherish the exchanges I have with Nicholas so much as I am always pushed to see things from a different perspective.

Nicholas is a man that designs shoes for women; it was empowering to see a male creative strive to convey women as strong and independent, who own their image. It’s definitely a brand that can push my feminist agenda without using my values as a mere marketing tool but sending a powerful message. I believe Nicholas (and I, with our films together) are working on the re-appropriation of women’s sensuality.

What was your inspiration for Impressions of Stolen Space? How did you begin work on this project?

For the SS18 collection, Nicholas was very keen to shoot in La Muralla Roja, this Ricardo Bofil building in Spain. He also wanted to move away from the dramatism of our previous film, which was black and white and carried a certain tension between the model, Jess Maybury, and the viewer. So tones of pink and blue brought a lightness to the mood.

My work tends to be quite heavy so I turned the name of the collection into something I could build on in the story. Stolen moments, like a stream of consciousness.

The whole film is a sequence of thoughts, a mental state. I was playing with the idea of a woman split into three personalities. I wanted to give this away by referencing the Persona (Bergman) shot, the moment after the actresses heads come together, they become one.

In this case, one woman becomes three people. I didn’t write any particular character to each and rather I chose three very different models (Bianca OBrien, who has been modelling and performing for 19 years, Edwina Preston, who is a newcomer in the industry and Xalan Xalane, who is a street cast model) and let them be their real self.

It was important for me to give a voice to the women in the film, which is never possible for models in fashion photographs. 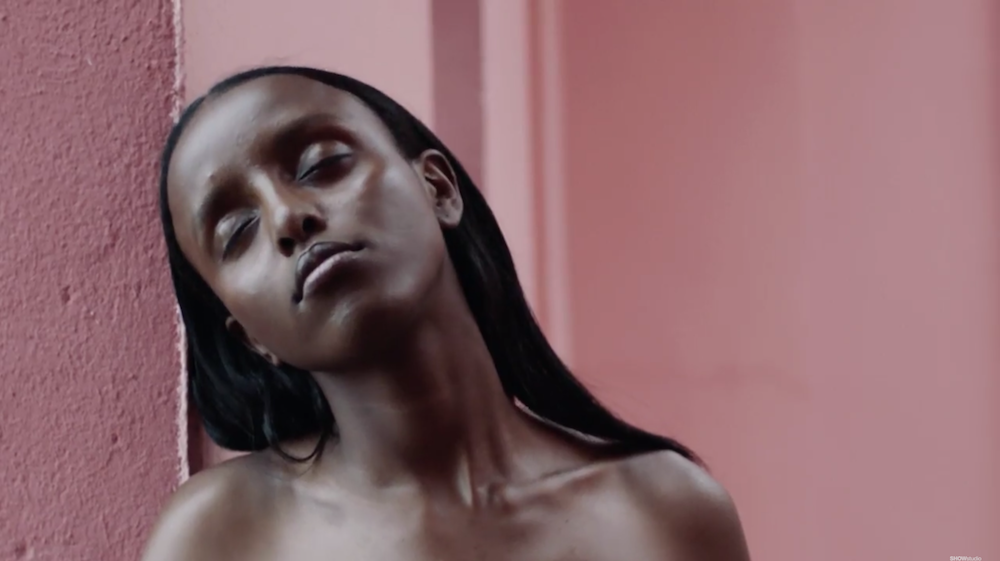 Your work has an aesthetic quality that suggests an innate understanding of fashion, and your background in fine art and fashion is easy to trace through your short films. What led you to want to direct? How do those skillsets inform one another in your work?

My first film happened quite randomly; I got offered to do a music video and at that time I was constantly asking my friend Nick Knight what to do, as I was very unsure about my future. I asked Nick if I should do it and he said ‘Absolutely!’. Then more things happened after that one.

The thing is, when I was doing fashion, I was more interested in constructing characters and imagining their story. I think I was always a storyteller, I just radically changed the media I was expressing myself with.

The way that that fashion background informs my film work has to do with visuals and the treatment of women on film. Great fashion images are very exciting to look at and I would like to generate that feeling with my films on an aesthetic level. But the treatment of women is what I want to explore the most; fashion can be a very powerful tool to represent women in a new way and there are many fashion image makers out there doing the most for women, POC and the LGBT communities.

Who are some of your biggest influences (directors? Designers? artists?) Are there any recurring themes to your work that you go back to consistently?

My friend Nick Knight has always acted as a mentor and I will be always inspired by his work ethics. I think my biggest influence will always be writers. American and British in particular. Foster Wallace, Salinger, Bukowski, Capote, Easton Ellis, Woolf, Palahniuk… Every time I read those guys I wish I could write like them and provoke in others what they provoke in me.

I also like David Lynch. There’s a long list of people that influence me. I actually love cinema, there are so many directors that have had such a big impact on me… like Harmony Korine, Vincent Gallo, Chris Cunningham.. or Yorgos Lanthimos!! He is so exciting. But I also like Ford Coppola, Tarantino.. All so different. My biggest influence is cinema and short films/video. And fiction writing!

A recurring theme in my films will always be the dark side; whether that is a horror story with the Devil living under a little girl’s bed or a visual thesis on the idea of control in a music video.

I was recently asked to pitch an idea for an doll brand and they turned it down immediately saying ‘it was too dark’. That made me smile a lot. 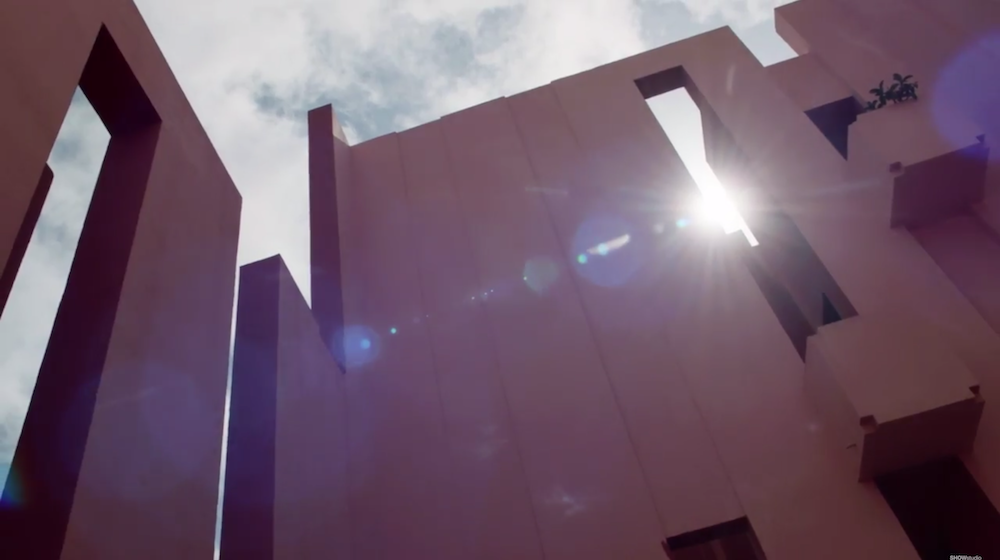 Tell us a bit about the process of getting signed with Prettybird, and what it’s been like to work with them since you’ve signed.

As I needed help with production of ‘2013’, Bobby Gillespie introduced me to Juliette Larthe and Margo Mars. I totally fell in love with them, they were very nurturing and incredibly talented women to look up to, as I met them when I was 22. Prettybird in the UK is predominantly run by females. I have never met anyone with more resources than Hannah May, Head of Production. Or anyone more excellent at multitasking that Hannah Bellil, who produced ‘Impression…’. Just working with these professional women is already inspiring.

You originally gained attention for your Tumblr, The Saddest Part Of My Body. Can you talk a little bit about Tumblr as a platform for emerging creators?

I never intended that Tumblr page to become anything, I did not think of it as a platform to promote my career.

When I started it, I was in a very odd moment of my life. I had just finished my fashion degree, had finished a very meaningful relationship and moved to the other side of Spain. I made that Tumblr to express what I was going through. Express my loneliness, my worries, my creativity… all through pictures, in an intuitive manner. I was even expressing myself sexually as I mourned my relationship. Nick found me and found it interesting the way I had chosen to communicate and the level intimacy of what I was conveying.

Nowadays I am terribly bad at social media, there are so many people that do it much better than me. But I feel like Tumblr is a bit different than all the other sites, I still prefer it. 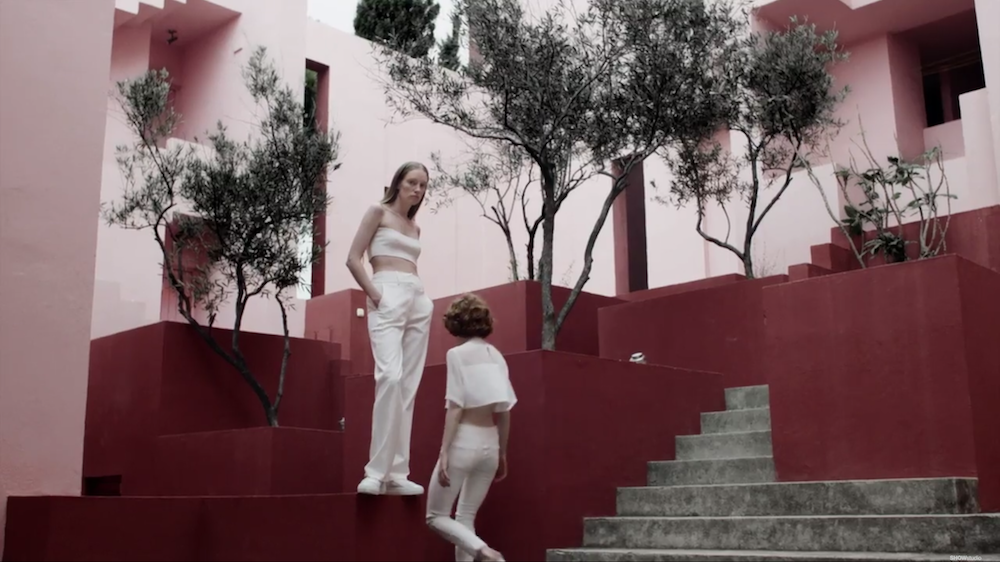 I am currently working on a personal project on Claire de Rouen, an independent book store that recently closed down after 10 years in Soho. Very special place.

I will be doing a residency at SHOWstudio’s pop-up gallery before the end of the year.

And writing, I would like to start moving into longer formats and do a feature soon.

What would be your dream project to work on?

Nick and I did this film called Girl and we have spoken many times about doing a second part. I would really love shooting a music video with an American artist or band, I haven’t done that yet. 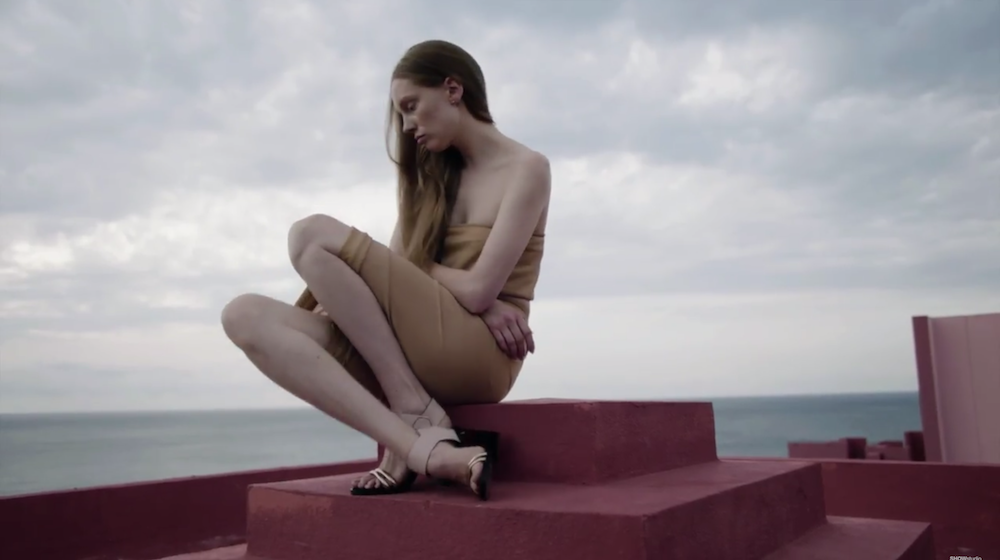 We have seen the world through the eyes of white old men for too long. We are always looking for the latest thing that will change the world and we had it in front of us all this time.
I think one of the reasons why I never studied film is because I never thought of myself as a director. I had no role models, I did not even dream to become one. There were female directors when I was growing up but there were never represented in the media. Too small of a percentage to be counted.

Having diversity in front of the camera allows us to dream, to change the way we perceive beauty. It could change our aspirations and promotes tolerance.

Any final words of advice to share with up and coming directors?

Being an up and coming director myself, the only advice I can give is patience to persevere, do your research, and love every minute of every project. Even the fuck ups. 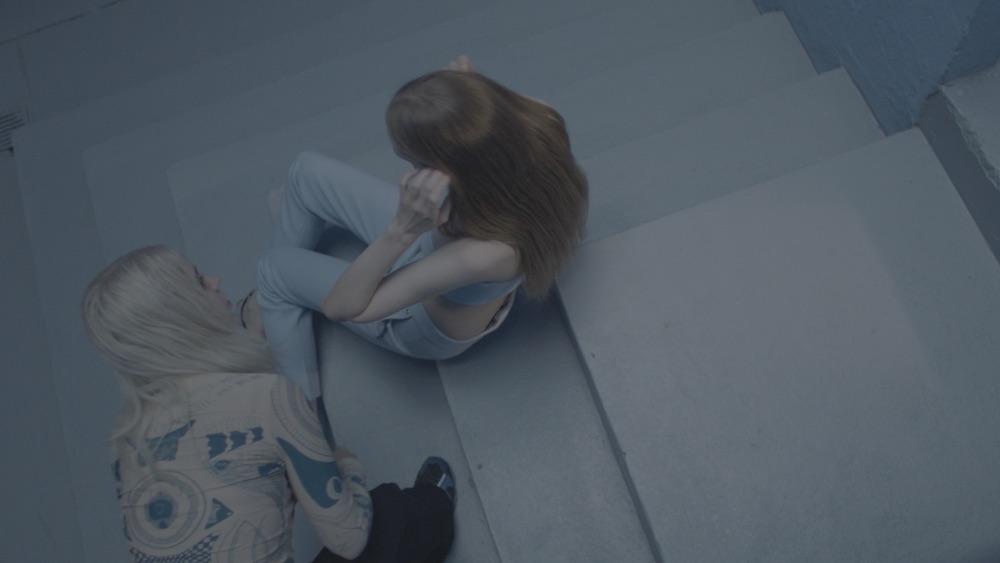 Rei Nadal (left) on the set of “Impressions of Stolen Space”