“I feel like there’s this duality in the color black,” fashion designer Alexander Wang muses over a pulsing bassline. The screen flickers with projections of light, images of choppy seas and chopped-up film strips in the Mundo Sisters‘ latest video for Pepsi x Alexander Wang (created for the Chinese market). Sleek and edgy, the directorial duo’s spot echoes the attitude & intensity of Wang’s design aesthetic. “It’s that unknown,” says Wang, “that feeling of following your instinct and your intuitiveness when there isn’t something that is concretely at the end.”

Rena Mundo Croshere and Nadine Mundo are a sibling director duo based in Los Angeles. Known for their award-winning work, the Mundo Sisters’ cinematic storytelling captures raw, arresting visuals and emotionally charged, authentic narratives. They recently expanded into the commercial world and have directed projects for Beats by Dre, Pepsi, Alexander Wang, Delta and Rachel Roy. The Mundo Sisters run their production company Mundo Films, and direct projects under their own banner.

We spoke to the Mundo Sisters about working together as sisters, shooting without air conditioning, the problem with unconscious bias, and the experience of running their own production company. 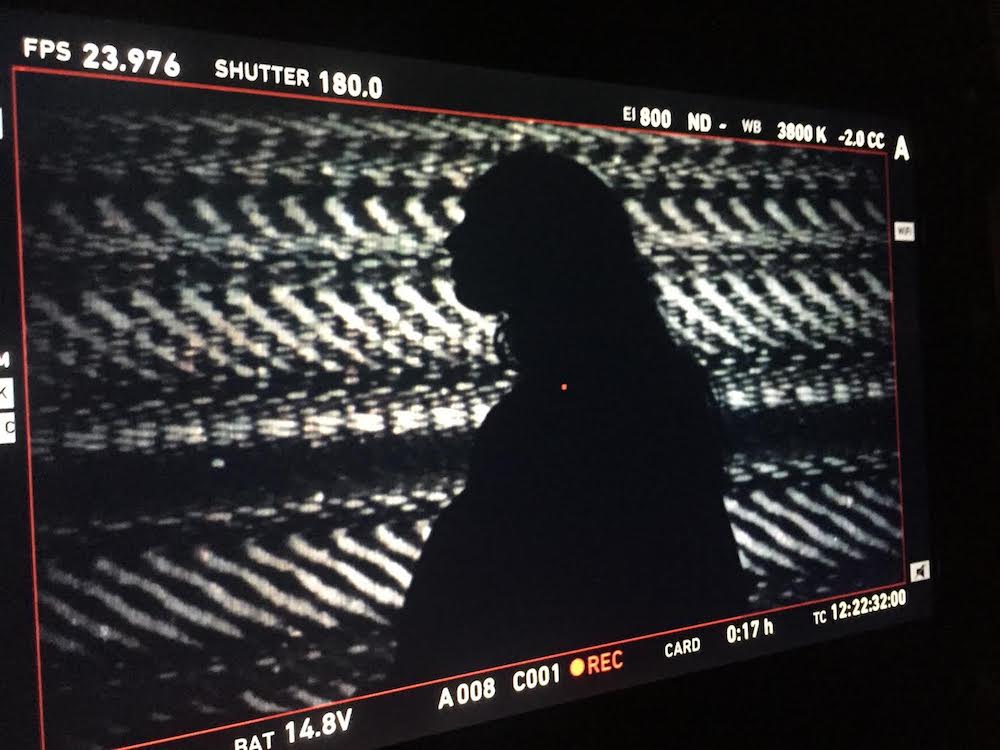 Can you talk about the bidding/pitch process for your new Alexander Wang/Pepsi spot?

We’ve had a relationship with the Creators League Studio and were asked to pitch along with a few other directors and production companies. This was our first commercial bid through our production company Mundo Films. We were really excited about the potential of getting it and put together an elaborate visual and narrative treatment. Once we were awarded the job, we worked closely with both the Creators League Studio and Alexander Wang to fine tune the creative. From the beginning it was a very collaborative process and they were great partners because they really got behind our creative vision for the project.

What were some of your unique ideas for the direction of this video?

This piece is about Alexander Wang’s creative inspiration behind the new Pepsi Black LTO can that he designed. We are huge fans of his and were really inspired by how he approaches his creative process, but we were not interested in doing a typical see and say spot.

Our approach to directing the piece was to create a nonlinear story that emphasized industrial process, grit and immediacy. Nothing too straightforward or expected, all building to this abstract experience.  We worked with the amazing art director Luci Leary and played with everything from large scale projection and silkscreens to black ink and smoke bombs. Another one of our ideas for the spot was that we wanted to create both a futuristic and analogue look. We worked with the talented Director of Photography Kate Arizmendi and her lighting is just sick.

The look of the spot also referenced Alex’s iconic black design style. When directing him on set we wanted it to feel casual, not too precious, and we wanted to continue the theme of abstraction, so when we see him, he’s a shadow, a digital projection of himself, he’s amongst the elements of his design. 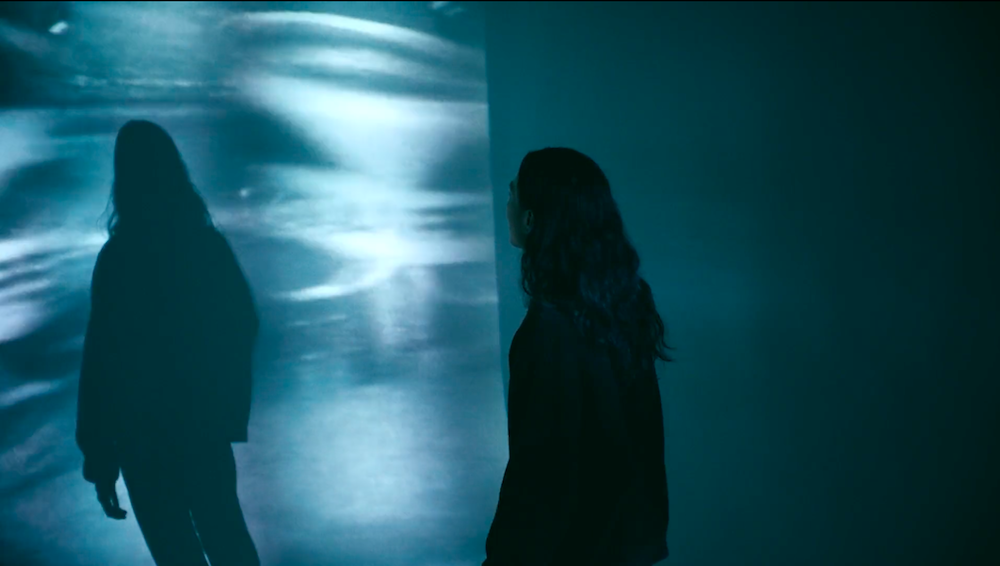 How did the shoot run? Did shooting pose any particular unique issues?

We shot in a warehouse without AC in the middle of a New York summer, but other than the insane heat, things went great! One challenge was that we shot on two different cameras and two different formats, so we had to do multiple takes and coordinate everyone’s movement.

Another one of our challenges was that we were directing so many abstract art elements and didn’t know exactly which ones would be visually impactful until we actually started rolling. But that was an intentional part of the process and we embraced it. It was what made this shoot so amazing.

How would you say this ad relates to previous work you’ve done?

While this spot feels visually different from our previous work, we always seem to be exploring human motivations and the subconscious. We’re interested in the things that are not so surface and obvious and that’s usually what we get most excited about when approaching a new story. We invest energy into connecting with our talent because we believe that relationship bleeds into what we ultimately capture on screen. 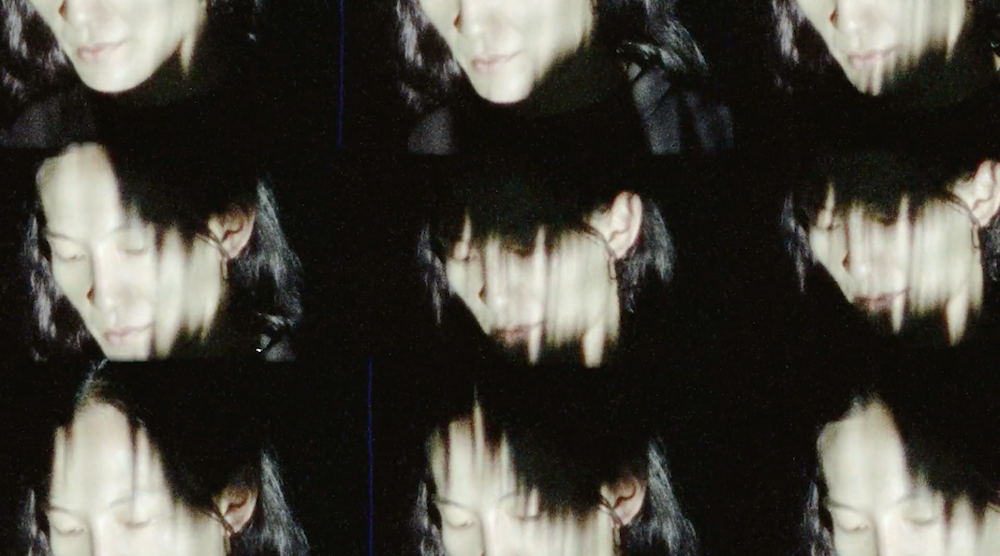 Let’s talk about some of your other work! What are some of your favorite projects that you’ve worked on recently?

We are honored that our new short film,  A Field Between, about a former CIA operative just won the VOWSS award for Best Film Direction at the Cannes Lions. The short was produced for CNN Films and Peter Berg’s Film 45. It featured the incredible, Amaryllis Fox, who spent a decade fighting the War on Terror and since leaving the CIA has become a renowned peace activist around the world.

We recently directed something for Beats by Dre that will be out soon.

We are also developing a project for Fox Digital Studios that will be presented at this year’s Final Fronts at Paramount Studios.

You have shot some amazing sports work, including Rowdy Ronda Rousey, for ESPN Films, and What Makes Us. What particularly excites you about shooting sports?

Athletes are exceptional human beings and they usually have incredible stories of overcoming odds.  They are also insane at what they do and the camera loves them! 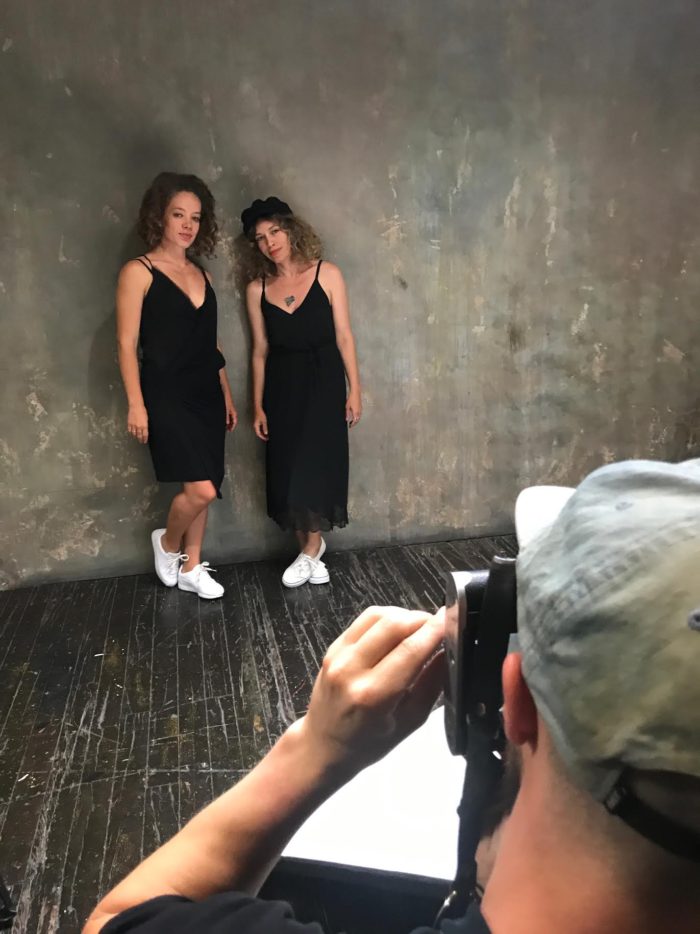 We know that you’re sisters, but what led the two of you to work together in the first place? How do you approach the collaborative nature of directing as a team?

In the beginning of our careers, Rena was living in New York and Nadine was living in San Francisco and we would spend hours on the phone discussing our separate indie film projects. We didn’t really have anyone else in our inner circle that we trusted to give solid creative advice. That’s where it all began. And probably before that when we were in diapers.

Filmmaking is a naturally collaborative process for us. We really value each other’s different perspectives and trust the process. We don’t always agree but a lot of the time that’s what leads to better creative. We also play off of each other when working with talent and crew. We are quick to know when something is not working and we course correct. It often involves us silently communicating (aka sister speak) and separately tackling whatever is not working.

Can you talk at all about the experience of directing and running your own production company as women?

We were signed to two different commercial production companies and recently took the leap to form our own production company and direct work under our own banner, Mundo Films. Taking the leap was slightly scary but also incredibly exciting and empowering! Right now our focus is on creating as many direct relationships with brands, agencies and creatives as possible and generating ideas. We have found that we are the most successful when we lead the creative ideas and have a direct line of communication with the client. Less is lost in translation. It’s a lot more work, but it’s so much more rewarding, both financially and creatively.

We also firmly believe in honing as many skillsets as you can. Wearing different hats in this market is a way to carve out a niche for oneself. For us it’s all about being an auteur. We conceptualize and develop, we write, we direct and we edit. This allows us to be much more nimble as a production company. We can expand and contract depending on the job. 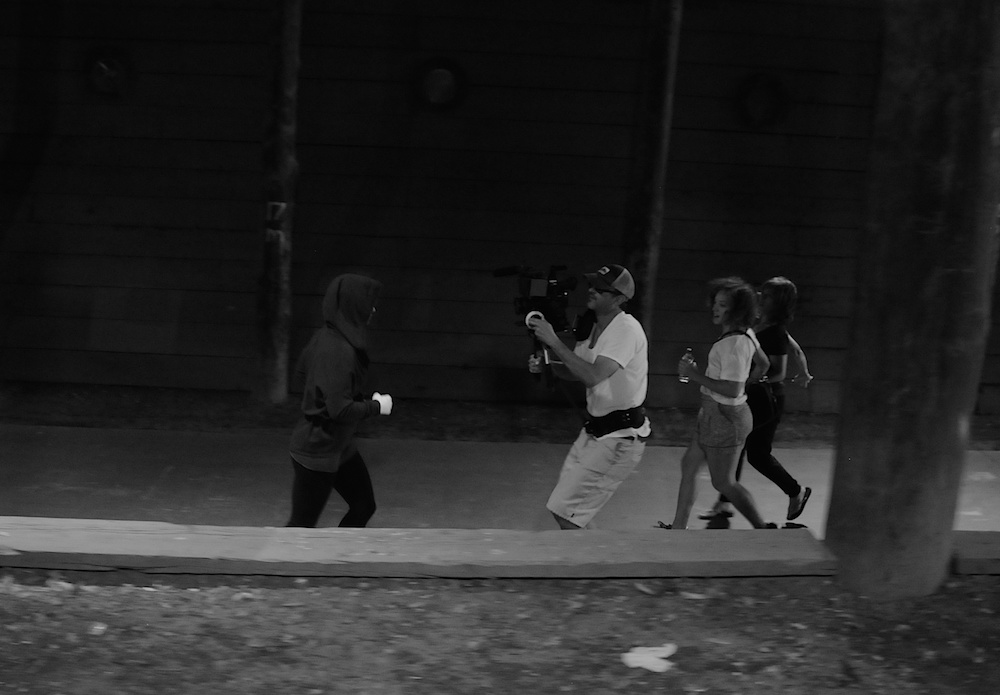 Is there anything you would like to be able to change for women in this industry?

We’d like to see less lip service and more specific opportunities / jobs for women directors. We have seen how impactful it can be when women and men in power take it upon themselves to champion women directors.

There is so much unconscious bias for female directors. There are conversations happening, which is encouraging, but in order for more women to be hired agencies, brands and studios have to take specific measures to check their own biases and hiring practices.

Well, we are two half Puerto Rican, half Jewish women who spent our early childhoods in the deep South and came of age in large cities. So it’s inherent that we would bring a unique perspective to the work. And frankly, aren’t people bored of hearing the same stories from the same demographic?

The benefits of having diverse representation on both sides of the camera seem so obvious to us from both a creative and financial position. A huge percentage of the population is literally starved to see a more nuanced reflection of who they are. When you see this done really well it’s riveting because it’s so rare. It’s more entertaining, interesting and resonates on a deeper level and as storytellers isn’t that the point?

Any final words for our Free The Bid family? Advice for aspiring women directors?

Hone your voice and visual style as a creator. Don’t try to fit into what you think the market wants. Your real value is your unique perspective and that’s everything. Also aim to achieve self-sufficiency so you can dream up your own projects and see them to completion. Find champions and nourish those relationships. 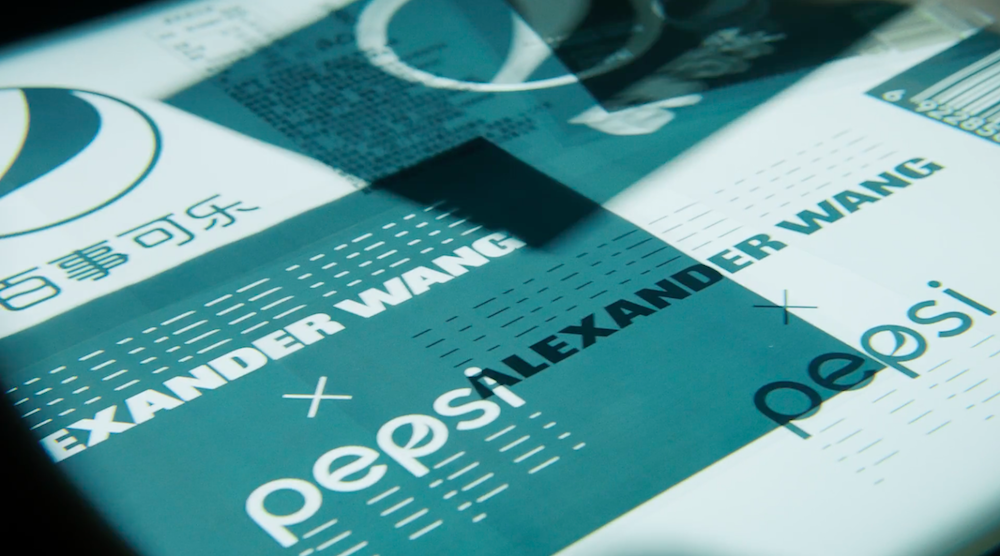