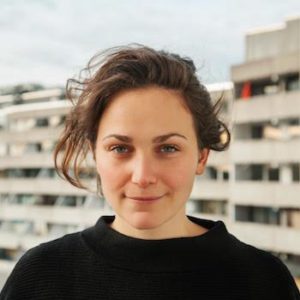 Although presents and decorations sometimes steal the spotlight during the holidays, Chiara Grabmayr‘s vision of the season takes a decidedly different turn.

Chiara’s gorgeous spot for German supermarket Penny, created with agency Serviceplan, follows one brave woman’s journey through an obstacle course of wintery dangers – a frozen lake, a growling wolf – until she reaches her estranged daughter’s doorstep. It’s an emotional undertaking that stresses the importance of family reconciliation at all costs, and Chiara’s masterful direction helps the weight of every step resonate with the viewer.

Chiara Grabmayr (Stink) was born in Vienna and raised by its cynical humor. She now lives in Germany where she studied film. Her 2015 short film Moonjourney has won awards at the Young Directors Award in Cannes, the Clio Awards, the New York Advertising Festival and was shortlisted at D&AD. Whether it is a short or a long piece, Chiara’s pursuit is to always tell a story, empathize with it and find its magic to make it visible for everyone.

We had the opportunity to speak to Chiara about her favorite holiday traditions, working with a bad-ass lead actress, and the need for storytelling that opens hearts and minds.

First of all, happy holidays! What’s your favorite aspect of the holiday season?

Thank you! I wish you a lovely and relaxing holiday too, and a wonderful new year!

Tough question. There are many moments during the holidays I enjoy, but I think my favorite part is when my brothers and I come home to Vienna to celebrate Christmas Eve with my parents. For as long I can remember, there have been the same rituals. Even though we are no longer children, my mom still rings a bell while she hides in the bathroom, so we know that the “Christ Kind” (Santa) has left. Then she comes running around the corner to ask if we also heard the bell. I don’t know why, but we all play along. Then we enter the living room to find the three meter tall Christmas tree lit by real candles. Of course, our dog is always in danger of burning his tail. This, along with the moment when we start singing the same old songs (and let me tell you, no one in my family can sing), adds to the funny drama that one needs. So yeah, I think those rituals and being with my family, enjoying dinner and conversation is my favorite aspect.

What was the initial brief for the Penny shoot? What about it resonated with you? How did you approach your treatment for it?

Penny, the client, wanted to initiate something new by supporting people through their paths of reconciliation. It was as simple, strong and open as that. The idea was written down in two or three sentences, and it never changed all the way through to the end of the process, which shows the power of the basic idea.

I immediately loved the idea. There were three things that stood out for me and made me really want to get the job, come what may:

After talking to the agency, I knew that together we could create a film that would make you want to reconcile with a loved one. I loved that goal and ambition, that’s what storytelling is for!

But of course, we worked on the idea. For example, I had to figure out how the metaphorical story, ‘The Inner Path’, would be told, and I had to work on the background story of the older lady and the reason for the fight she had with her daughter. In the first draft of the idea, there was no daughter mentioned. I somehow felt that it should be a story of two strong women. I wanted to tell a mother-daughter story in a way that I hadn’t seen in a commercial before – something that is relatable and true. 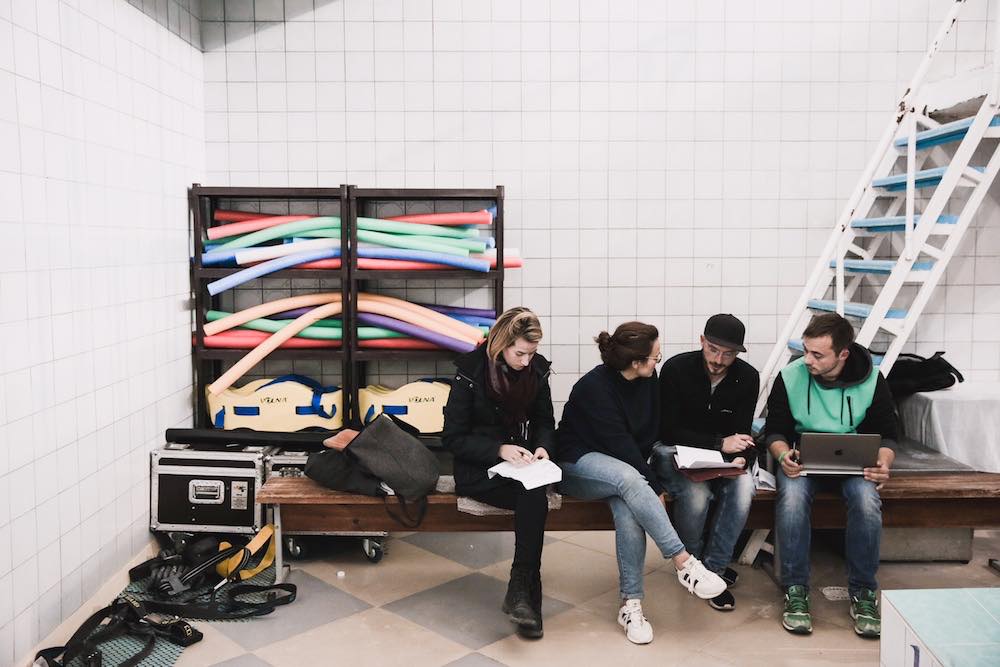 Thematically, this spot makes some bold choices for a holiday ad – it starts off with the characters in a negative place, and is more about inner strength of will than festive gift-giving. How did you, as the director, find a way to keep the tone balanced and holiday-appropriate?

When I tell a story, I always try to envision it through the main character’s eyes and emotions. So we focused on the character’s inner world, the fight and her images of it. Her emotions became motions, which dictated the camera movements and framing.

I think approaching it that way always helps to find the appropriate tone for the story, and therefore for the audience. I am not sure if there is much that is not holiday-appropriate if the storytelling is honest, with the aim to encourage the audience to take a step towards a positive change.

On top of that, I think filmmakers should shine a light in dark places and find the beauty in it. Because there always is darkness. In the end, there will always be something we will learn from those darker moments. I guess together with the magical ones in life, they make us stronger and a bit braver, and they give us something to laugh about later on.

What were some of the technical challenges of this shoot for you? Were there any techniques that you utilized on this shoot that were new to you?

I’d say the trickiest shot was the underwater scene. We did it in a public swimming pool and used a special kind of wax that looked like ice. It was hard on Eunice, our actress. I asked her to dive into a pitch black pool beneath an icy surface with just one way out, hold her breath for as long as possible and then act. This was after we had already shot the reconciliation scene in the morning.

At this point for me, the biggest challenge was to motivate everyone to be at their highest concentration level, because I knew that we would only have four takes with Eunice underwater to get everything we needed. Reaching this level of concentration is beautiful. It has a powerful calmness to it and everyone on set is open to hearing what other team members have to say. I love those powerful connecting moments. 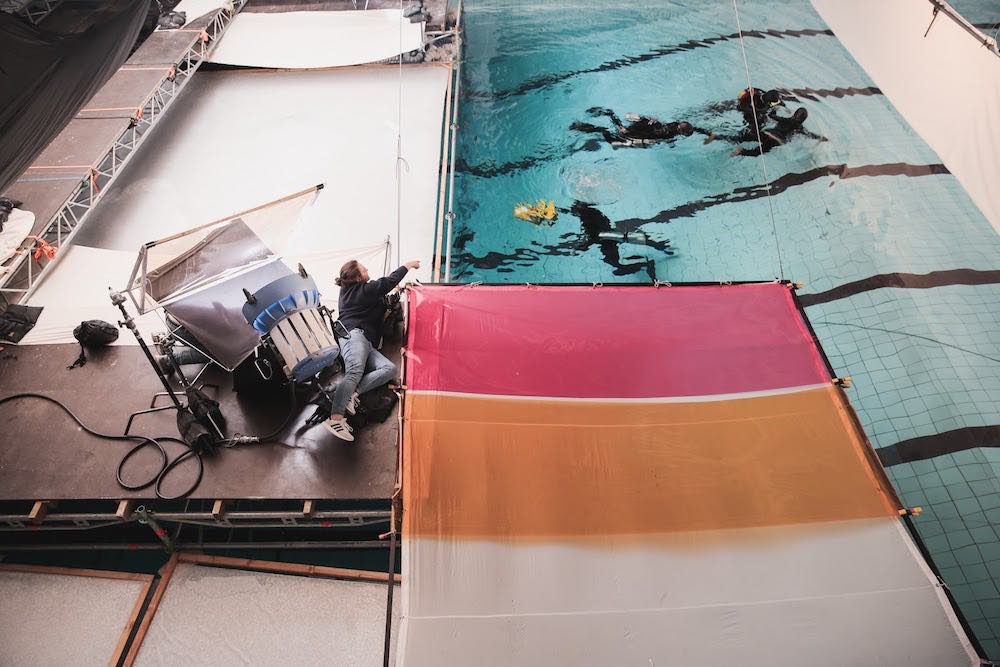 The rest of the scenes we tried to shoot on set and in camera because, for me, this is the best way to catch true atmospheric moments. I believe that if you can capture the beauty of nature, its inner essence, then magic will always transmit into the shots.

The most memorable moment was definitely when we all (the whole crew, agency and client) were standing at the top of the Carpathian Mountains overlooking the endless panorama. The sun was about to go down. The sky looked like it was burning and the clouds were forming to become a massive storm. This spectacle of nature was perfect – it was just what we’d wished to shoot for that final image of our heroine’s journey. Everything happened within 30 minutes. That beautiful, energetic, yet melancholic atmosphere was something we will all remember; it was something that only nature could create.

Casting for a campaign like this must have been crucial. How did you approach the casting process? What kind of direction did you give the actors?

Yes, for this spot it was very important to find great actors. There were a lot of demanding acting requests, and a lot of bravery required of the actress playing the mother. We looked at a lot of women before finally finding the perfect match: Eunice Roberts. She is a wonderful actress and she was also honest about her swimming skills. I liked that she said to me, “I can try to do it, but there is a big chance I cannot. So you’d better take someone else.” From that moment, I knew that I wanted to work with her.

That honesty was refreshing, and an essential base for a trusting collaboration, which is needed when you want your actors to dive into a pitch black pool beneath an ice surface with just one way out, hold their breath for as long as possible and then act.

Imagine doing all of that when you are 60? That’s bad-ass! Kudos to Eunice.

What elements does this spot have in common with your previous work?

I think the emotional storytelling combined with cinematic imagery is something that you can find in all of my commercial work.

If you can get into people’s hearts, you will have their attention for the words you want to say. 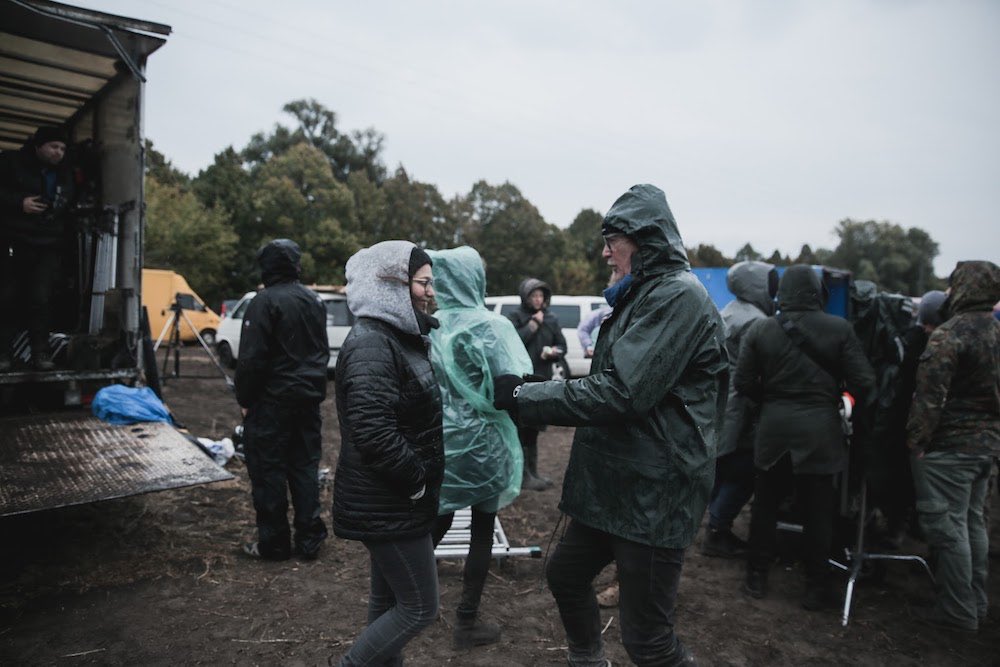 Talk to us a bit about Moonjourney, your award-winning film featuring a young refugee who believes she is traveling to the moon. What inspired you to make the film?

In 2015, on a train from Vienna to Munich, I was inspired to create Moonjourney. I got to know a Syrian boy, who was fleeing from the war on his own. His story touched me deeply.  At this point, all over Europe there were people protesting against refugees coming to their countries. I knew I had to create a film that would reach people who wouldn’t normally watch films about refugees or would not want to. I wanted to reach those people in order to make them understand and make them emotionally aware of what it means to leave everything behind and to undergo such terrible situations. We are all just human, so everyone can empathize with the emotional moments shown within the film. Who wouldn’t want to save his children from trauma?

Dream commercial project…wow, that’s a tough question. I think my dreams, wishes and ideas are evolving, just as I and my views on the world do.

Right now I would love to do something for menstruation products. Something that portrays reality, its fun moments along with its painful moments – yes, it does hurt on some days. I want to show girls and women that it is normal, precious and totally ok to have a period. Let’s talk about that. And yes, of course, blood is red, not blue.

Is there any work that you have coming up that we should be looking out for?

The comedy series “Fat and Fat,” that I wrote just got commissioned by a German TV Station, so I will be shooting the second season in summer 2018. I am looking forward to it, as we will be shooting in Munich and Berlin. The series is a generation Y portrait about people you meet every day and those you don’t. It conveys life in your late twenties and the search for…for what exactly?

I think we need more diverse, authentic, smart and honest role models to empower people to take part in the conversation and to therefore change it.

What’s some of your best advice for aspiring women directors?

Be happy with your messy, human self.

Whether it is a short or long piece, drama, comedy or thriller, tell a story, empathize with it, find its magic and make it visible for everyone. Have an attitude. 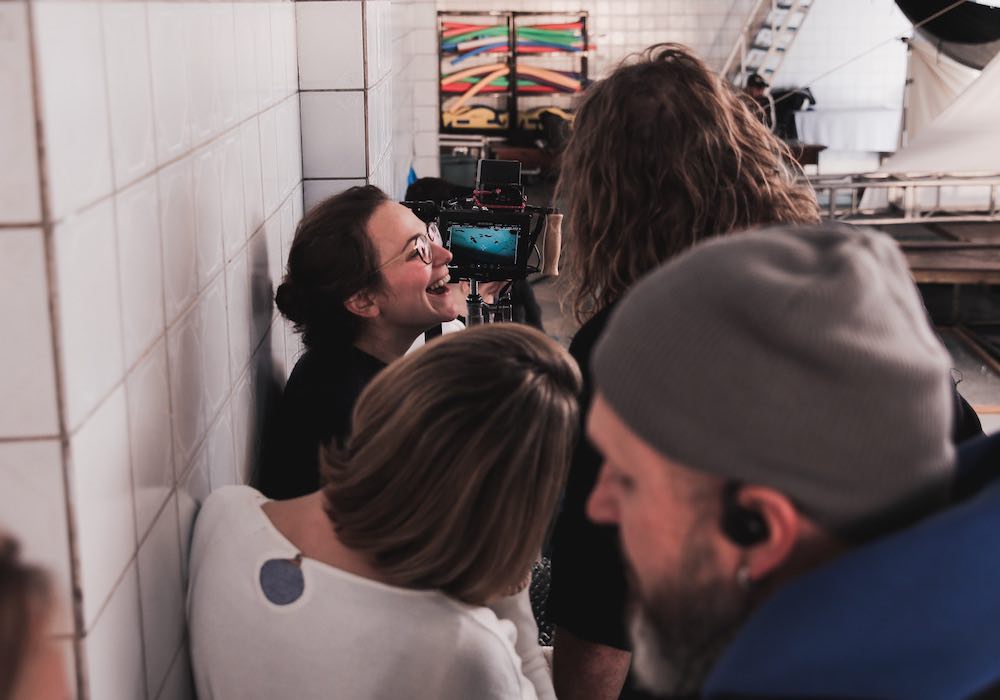 All images courtesy of: Radioaktive Film